StarWars.com looks at some of the overweight glob of grease's finest moments!

Star Wars wouldn't be the same without droids. Astromechs, protocol droids, GNK power droids -- they all have a role to play within the galaxy, some more important than others. C-3PO and R2-D2, for instance, are key players throughout the Star Wars saga. They appear in all six films, in Star Wars: The Clone Wars, in Star Wars Rebels, and are slated to show up in Star Wars: The Force Awakens. The duo is often important to the story's progression, and in fact, the continuation of the plot has been contingent upon R2-D2 jumping into action and being the hero more than once.

The devoted and resourceful astromech has pulled Anakin Skywalker, Luke Skywalker, Leia Organa, and many others out of certain danger and/or death repeatedly. Artoo deserves a medal just as much as Chewbacca. Here are seven times R2-D2 has saved the day:

1. Stopping the Death Star trash compactor
Luke, Leia, Han, and Chewbacca would have all become substantially thinner if not for R2-D2 shutting down all the garbage mashers on the detention level of the Death Star. Actually, it was Artoo who reminded Threepio to turn the comlink back on, too. Our heroes cries for help almost went unheard. 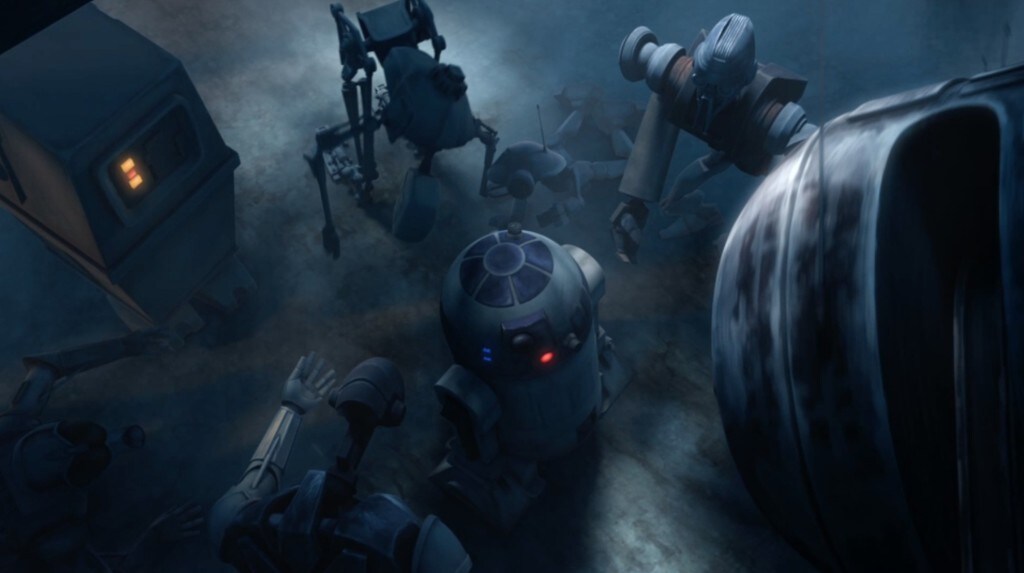 2. Gathering a droid army
The Separatists might have thousands of battle droids at their disposal but those droids are only loyal because they're programmed that way. In The Clone Wars episode, "A Friend in Need," Mandalorians forced R2-D2 to repair droids that were damaged in recreational combat. Artoo carried out the repairs and organized the droids against the Mandalorians. He also freed Ahsoka and got her lightsabers back to her so she could fight Pre Vizsla.

3. Taking care of buzz droids
R2-D2 never backs down from a challenge. He doesn't technically have feelings and can't be scared, but still. He's loyal and reliable and totally stopped Anakin's ship from being ripped apart by buzz droids during the opening battle of Revenge of the Sith.

5. Repairing the Millennium Falcon hyperdrive
Things rarely go according to plan when it comes to depending upon the Millennium Falcon for an escape, and that was the case when Leia, Chewbacca, and Lando tried to escape Cloud City. The hyperdrive wasn't fixed as Lando said it would be, and Threepio ignored Artoo's warnings more than once. R2-D2 fixed the hyperdrive under pressure -- even when C-3PO told him, "You don't know how to fix the hyperdrive." When will he learn to trust in Artoo?

6. Reassembling C-3PO
The Battle of Geonosis was an intense firefight, but that didn't stop R2-D2 from rolling into the arena to put his best droid friend back together. He retrieved C-3PO's misplaced head and reattached it to the proper body, ensuring the protocol droid would survive and tell people the odds for years to come.

7. Lightsaber tossing
It might sound like an event at a Star Wars circus, but lightsaber tossing is also one of Artoo's specialties. He used one of his handy compartments to hide Luke's lightsaber in Return of the Jedi and managed to toss it perfectly to Luke from Jabba's sail barge. Having the weapon gave Luke the upper hand he needed to take out Jabba's men, and helped get them out of the sticky situation. R2-D2 should have considered a career in droid sports; he'd be a great droid equivalent of a quarterback!