7 Things You Might Not Know About the Mos Eisley Cantina

The Mos Eisley cantina is a well known location in the Star Wars universe. It's where we see Ben Kenobi use his lightsaber for the first time, it's where Han Solo and Greedo have a standoff, and it's where Ben and Luke Skywalker meet Han and Chewbacca. Beyond those key moments, think of the quotable lines that were spoken. "Sorry about the mess," "You'll be dead," and "I'm not such a bad pilot myself," were all uttered inside the cantina's walls.

I think the cantina also has appeal because it's like dive bars in real life. You can tell there are regulars and the bartender probably knows their names, the drinks are likely cheap, and they have entertaining live music. Seedy atmospheres do have their perks... and also secrets. Here are seven things you might not know about the Mos Eisley Cantina:

1. The Mos Eisley cantina is everywhere.

The popular cantina in the most wretched hive of scum and villainy was assembled from a mixture of shots from three different locations. A structure in Ajim, Tunisia, served as the exterior of the cantina, but interiors were filmed in two other places. Most of the interior action was filmed at Elstree Studios in London while several alien close-ups were filmed at Hollywood Center Studios.

Stuart Freeborn designed Greedo, but the mask initially didn't have any mechanisms to move the ears and mouth because they thought the alien would be a background character. The shop got the head back to install a mechanism, and then the Greedo and Han Solo scene was shot separately at a completely different time and place from the main cantina action. [Source: Starlog Magazine 11]

3. Han Solo had a lady friend.

Cut footage from A New Hope revealed that Han Solo had a girlfriend -- or at least someone he was flirting with. The scene between Jenny (played by Jenny Cresswell) didn't make it into the final edit, but you can still spot the character in the cantina. She's speaking to a Rodian. You can watch the cut scene in the extra features on the Star Wars: The Complete Saga Blu-ray. 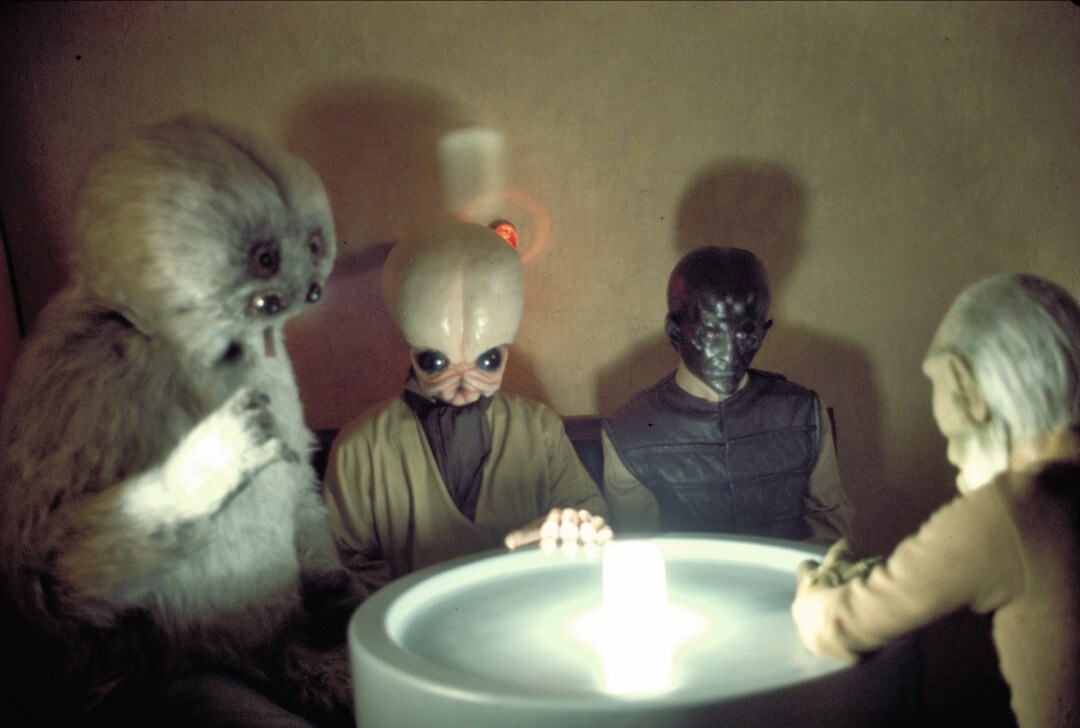 4. The cantina creatures were made in 10 weeks.

Makeup effects artist Nick Maley told me in an interview that they had 10 weeks to make as many creatures as they could for the cantina scene. The crew in the shop worked late each day but still didn't have time to finish it all. Other effects guys such as Rick Baker had to make more creatures as inserts. Maley said, "We were just a bunch a of guys sitting in a little room trying to make aliens for this scene where it [the script] said, 'It's a bar full of crazy aliens.' We were just trying to do what we could." 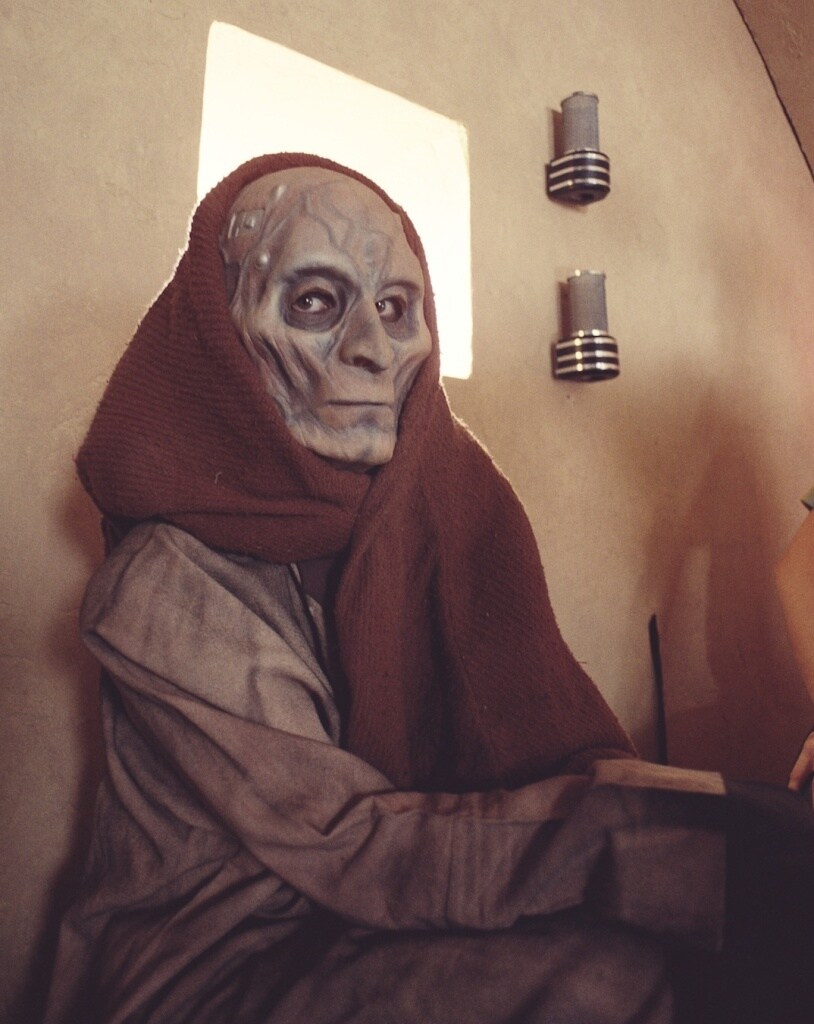 5. Frankenstein's monster in the house.

Trinto Duaba's, a.k.a. Terminal Man, mask wasn't made for the purpose of going on an alien denizen of a cantina. Rick Baker made the mask years before A New Hope as a concept for Frankenstein's monster. [Zbrush] 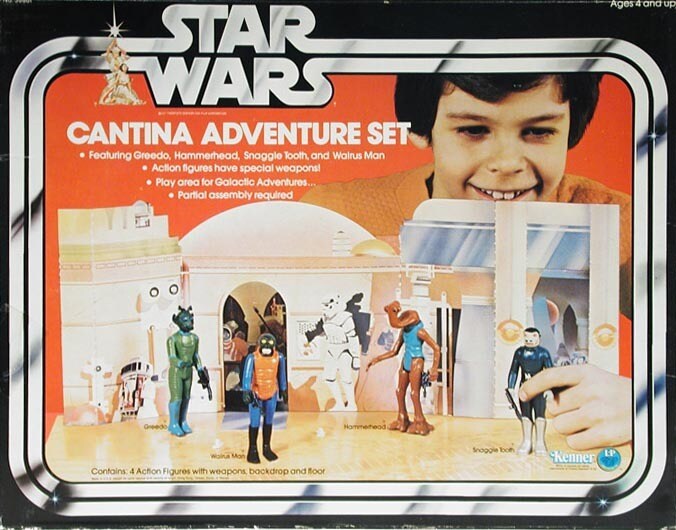 When Kenner first released action figures of characters in the cantina in 1979, they were called by their nicknames: Hammerhead, Snaggletooth, and Walrusman. The characters were later named Momaw Nadon, Zutton, and Ponda Baba respectively.

Ponda Baba probably thought he was going to have a great day when he walked through the doors of the Mos Eisley cantina. Alas, he was the first character we saw lose a limb. First of all, the severed arm is furry with claws even though his other hand looks like a fin/flipper. And then there was the blood. It was made from raspberry yogurt and red tempera paint. Lorne Peterson rigged the arm so it would twitch on the floor, but Gary Kurtz nixed that idea. But, it's weird that there is any blood since lightsabers typically cauterize wounds. Theory: Aqualish blood doesn't cauterize.