10 Essential Episodes of LEGO Star Wars to Watch on Disney+

The Force and bricks are strong with these episodes.

Disney+ is full of great Star Wars content -- there’s the movies, of course, and epic series like The Mandalorian and Star Wars: The Clone Wars. But there’s a whole other set of gems of Star Wars stories: the LEGO Star Wars shows. And with the LEGO Star Wars Holiday Special arriving November 17 on Disney+ to spread some galactic cheer, we figured it was the perfect time to look back at some of the best of LEGO Star Wars on the streaming platform.

Split across several different series, these shows combine two great things -- the fun and adventure of Star Wars, with the creativity and humor of LEGO storytelling. LEGO and Star Wars have had a great combined history, starting with LEGO Star Wars building toy sets in 1999, LEGO’s first foray into a licensed product line. Eventually, stories developed with a quirky sense of humor in the LEGO Star Wars video games and animated shorts. LEGO Star Wars TV shows paved the way for other LEGO animated stories including ones with superheroes, Disney characters, and full-length feature films, where everything is awesome. Here are some must-see episodes of each of the different LEGO Star Wars series available on Disney+, that you can watch right now. 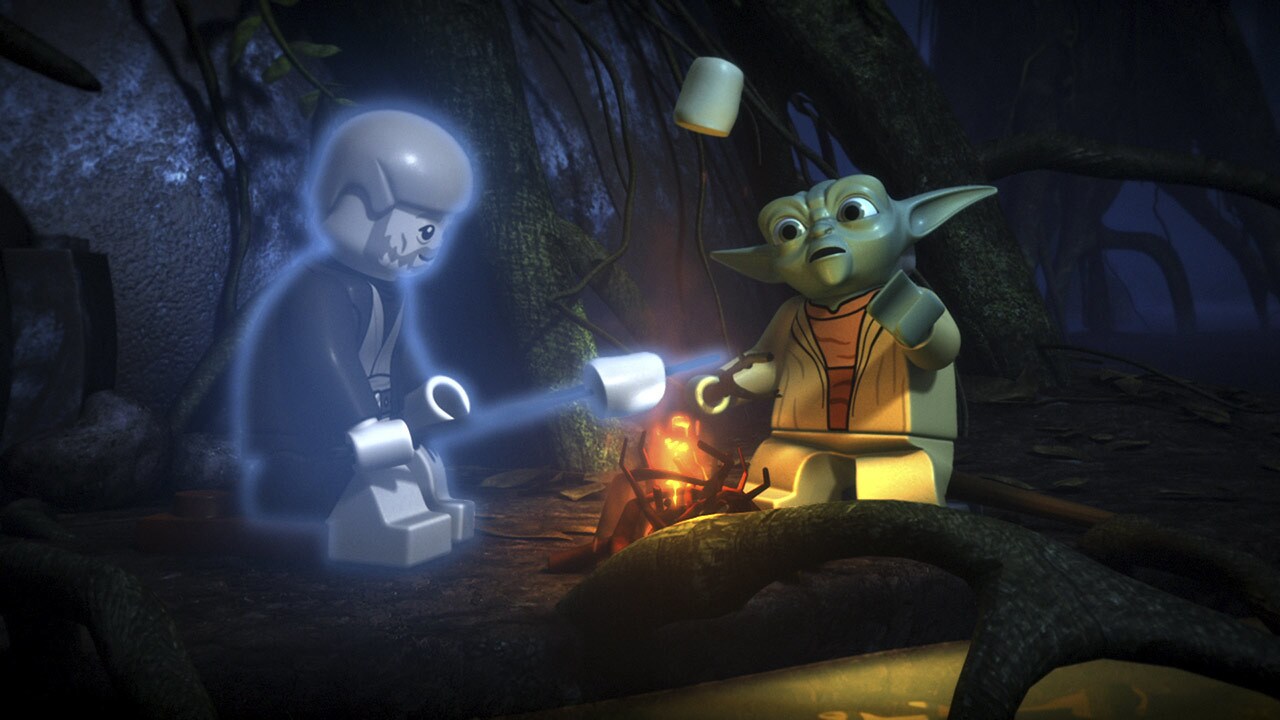 The New Yoda Chronicles was a four-episode series that originally aired on Disney XD in 2014, following the adventures of Luke Skywalker and other heroes of the Rebellion as they race against Darth Vader to find and use a cache of Jedi holocrons. “Escape from the Jedi Temple” sets up the shenanigans of the whole series, with Yoda and the ghost of Obi-wan Kenobi reminiscing about how they originally stole the holocrons from the Jedi Temple post-Star Wars: Revenge of the Sith by forming a strike team with Yoda’s Padawan group, the Sith-clone-turned-good-guy JEK-14, Bail Organa, a trigger happy C-3PO, and Rusty, Obi-Wan’s long-forgotten roommate. Overall, it’s a ton of fun, with some great comedy and action, and it brings a bunch of familiar faces from the earliest LEGO Star Wars shows. 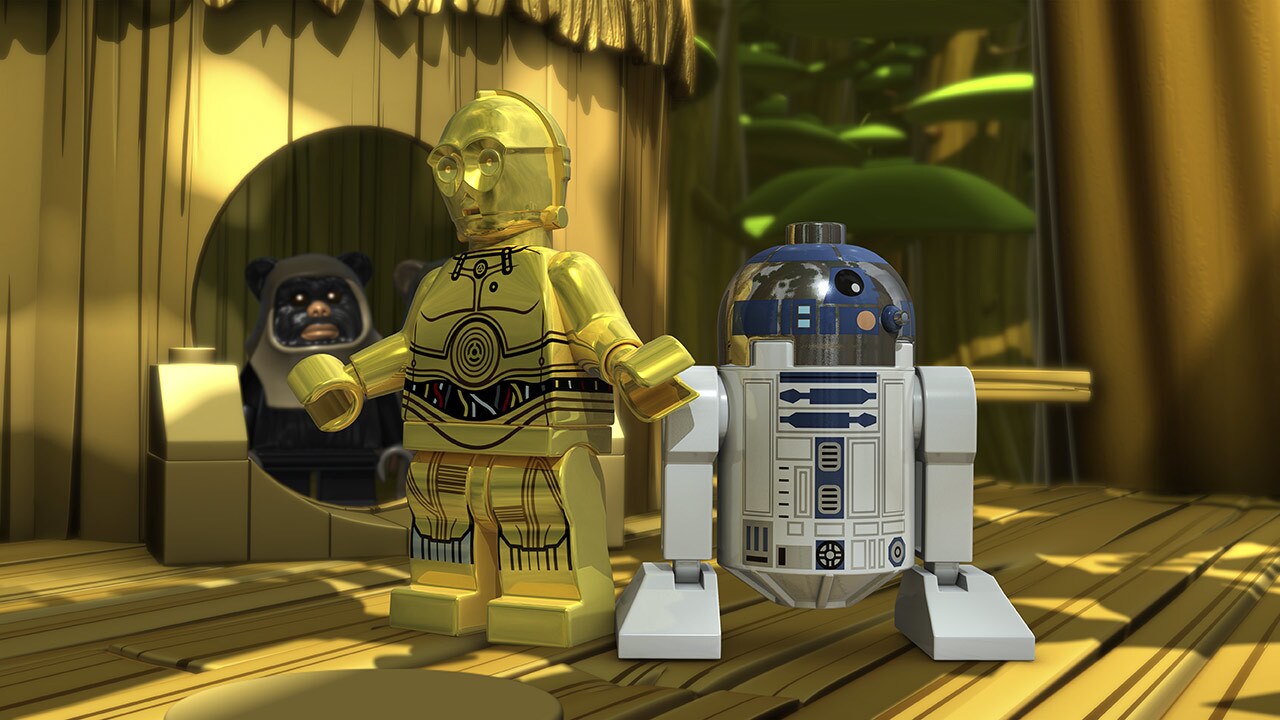 Droid Tales focuses on C-3PO sharing his retellings of the prequel and original trilogies from a hilarious point of view, while trying to track down a kidnapped R2-D2 after the Battle of Endor. Airing on Disney XD in 2015, this five-episode series has fun across the entire saga and starts with “Exit to Endor,” a send-up of Star Wars: The Phantom Menace. Playing up the foreshadowing, the episode has some great bits, like when young Anakin talks to Qui-Gon Jinn; Watto, in the background, starts aggressively pitching his safety wares, “Red flags! Big red flags!” The Resistance Rises was a series of five shorts aired on Disney XD in 2016 leading in to the characters of Star Wars: The Force Awakens. The third episode, “Hunting for Han,” has Maz Kanata dealing with Bala-Tik and Tasu Leech and every other lowlife in her castle who has a score to settle against Han Solo. It’s great fun, brings in a mysterious scoundrel, and really shows why Maz Kanata is the boss. 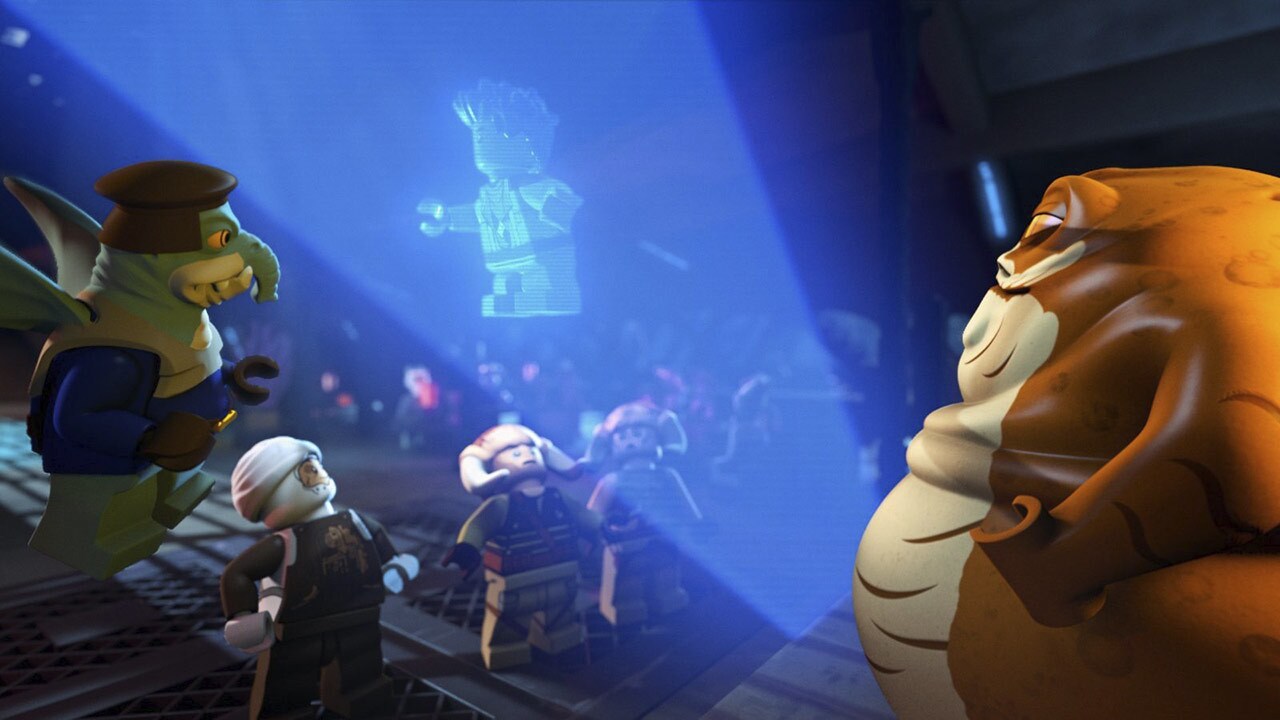 4. “The Mines of Graballa” (LEGO Star Wars: The Freemaker Adventures, Season One, Episode 2)

The Freemaker Adventures, which ran for two seasons on Disney XD in 2016 and 2017, tells the stories of the Freemakers, a trio of orphaned siblings (Zander, superstar pilot guy; Kordi, the smooth talker with business sense; and Rowan, the Force-sensitive kid) and R0-GR, their repurposed battle droid, who work as a family of scavengers and ship mechanics. “The Mines of Graballa” has Rowan and R0-GR head off on their own to find a piece of the Kyber Saber, but they tangle with Graballa the Hutt, who runs an asteroid mining operation for his smarter cousin Jabba. Kordi and Zander attempt a rescue with Naare, the Jedi who hopes to help Rowan find the powerful Kyber Saber and, in the end, it’s a great romp that introduces one of my favorite characters, Graballa. Plus we see why Dengar is considered a great bounty hunter -- but still he’s no Boba Fett. 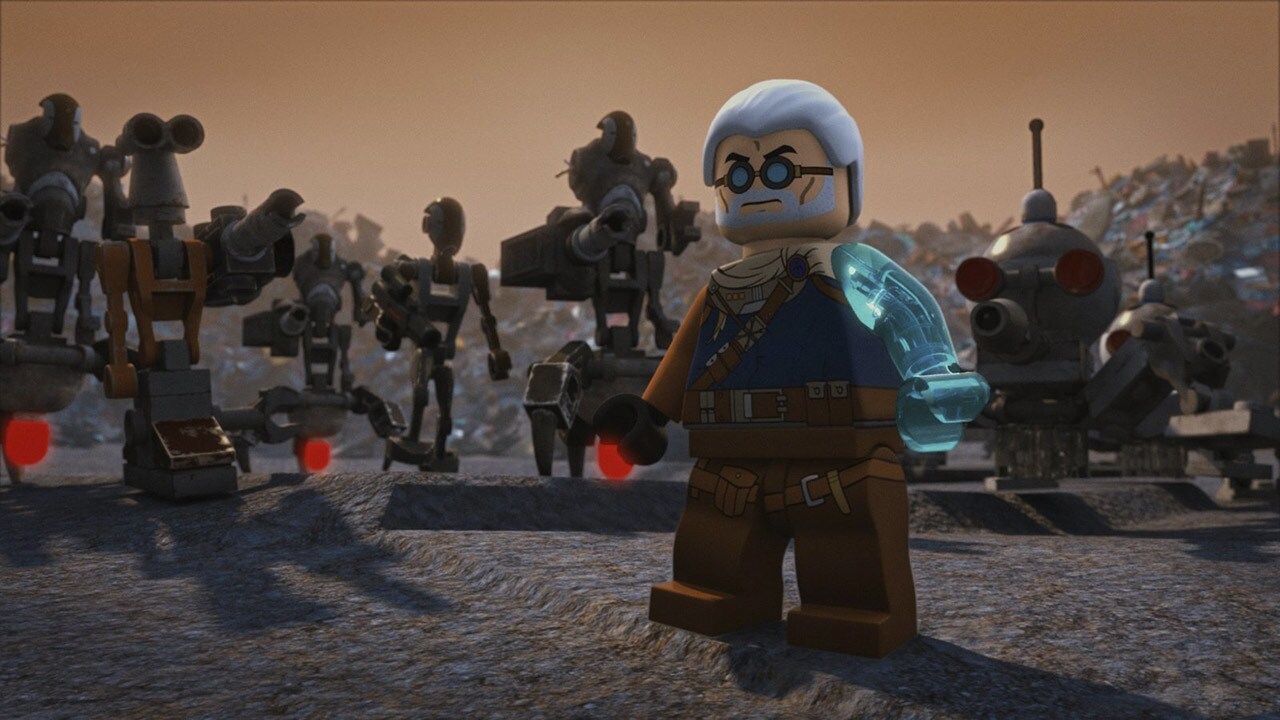 5. “The Maker of Zoh” (LEGO Star Wars: The Freemaker Adventures, Season One, Episode 10)

Still on the trail of pieces of the Kyber Saber, the Freemakers travel to the junk planet Zoh and meet a group of forsaken droids and the stranger they revere as “the Maker.” Rowan learns just how beautiful building with the Force can be, the heroes run afoul of some maniacal droids, JEK-14 shows up, and more! This episode has a lot of heart and one of the most touching moments of the series is found here: R0-GR risking his own existence by choosing his human family over living in a droid paradise. 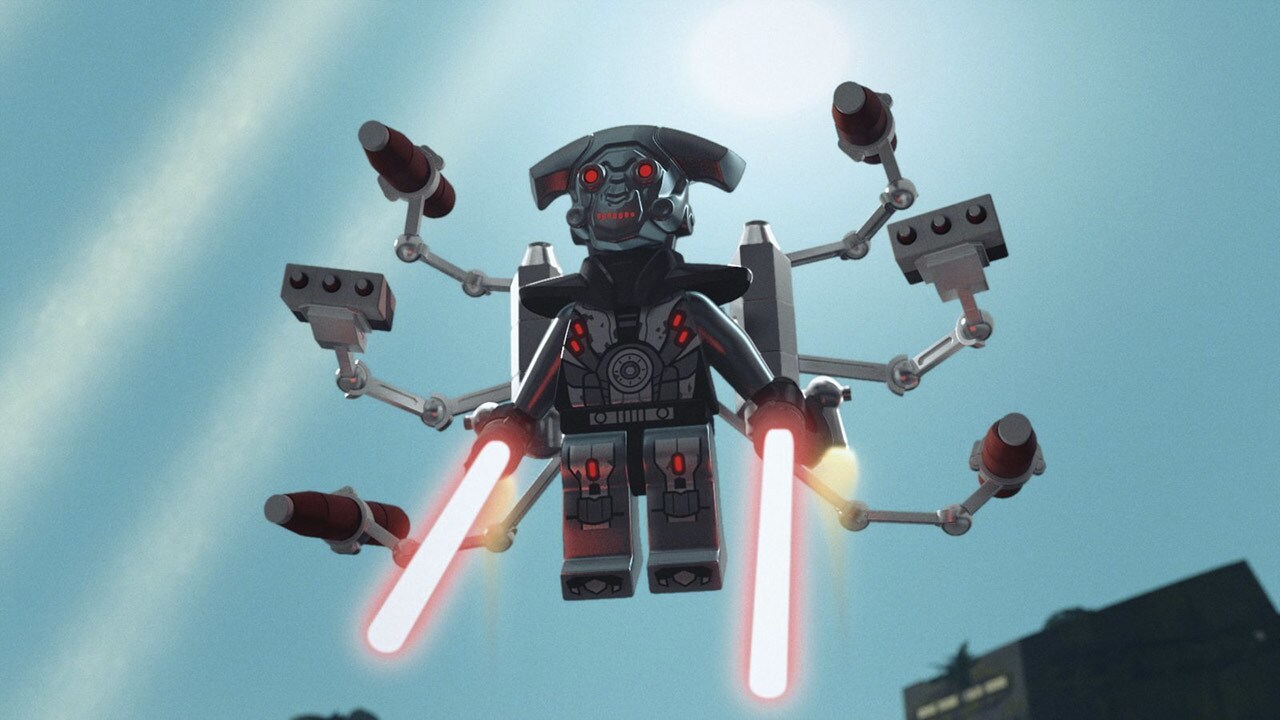 In Season Two, the Freemaker family has joined the Rebel Alliance. In “The Tower of Alistan Nor,” Rowan discovers an ancient and abandoned Jedi city, learns about the ancient order of Force Builders, and has a vision of how to build a new ship to be a weapon for the rebels, the Arrowhead, and then of course, the Imperial hunter droid, M-OC, shows up for a crazy vine-swinging battle. This episode is a beautifully crafted story that combines the Force and building with LEGO in a unique and imaginative way. 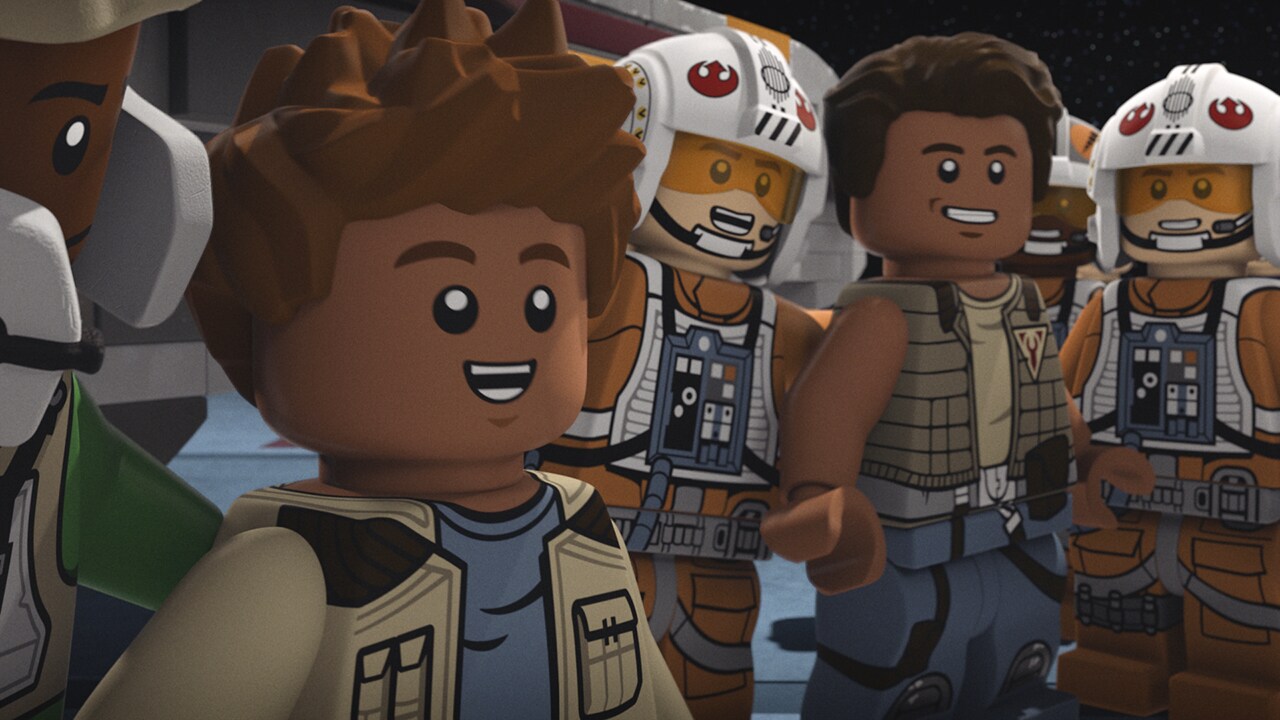 The Freemakers crash land on a planet rich with kyber crystals, and Rowan and Kordi have to use their wits and the Force to find a way to track down a massive crystal in a Jedi cave, while Zander and R0-GR repair the ship while being attacked by mynocks. There are lots of puzzles with lessons learned, resulting in a great message about persevering the face of adversity. 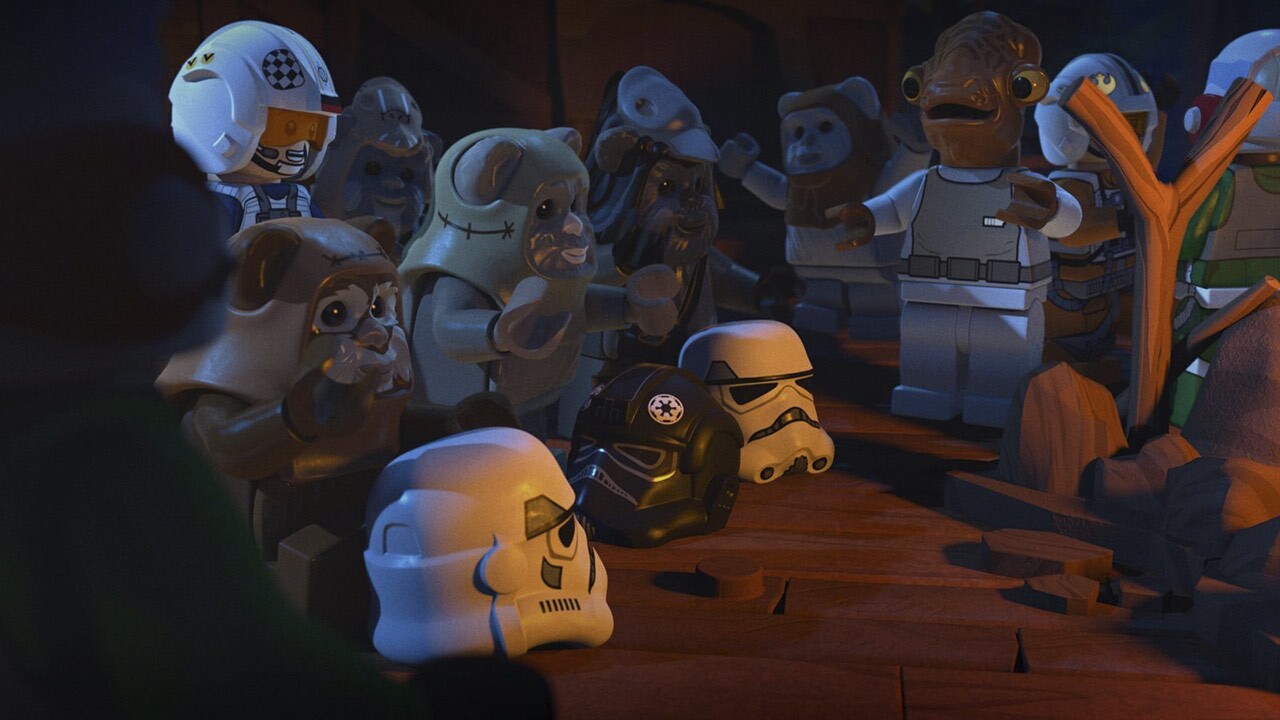 Spoiler warning! Everything that the Freemakers have struggled and fought for comes to a gripping conclusion in the final episode of the series, “Return of Return of the Jedi,” which takes place -- you guessed it -- at the Battle of Endor. The Freemakers retrieve the Kyber Saber and charge into the fray at the second Death Star, where Rowan has his final showdown with M-OC in the main reactor. It’s a beautiful episode, with everything the show has been building on (get it?) for two seasons. Plus Zander meets his long-lost crush, Becky Smoochenbacher, in the most unlikely of places. All-Stars follows up after The Freemaker Adventures, and tells a set of connected stories spanning from the timeframe of Solo: A Star Wars Story to the sequel trilogy. “The Chase with Han/The Escape with Chewbacca” is key as it introduces an unlikely pair of folks on the run, Pace the mechanic and Lena the grifter. It’s a fun story, showing each on their own before they first meet, and have some cool adventures with Han and Chewie. Plus, Graballa shows up. 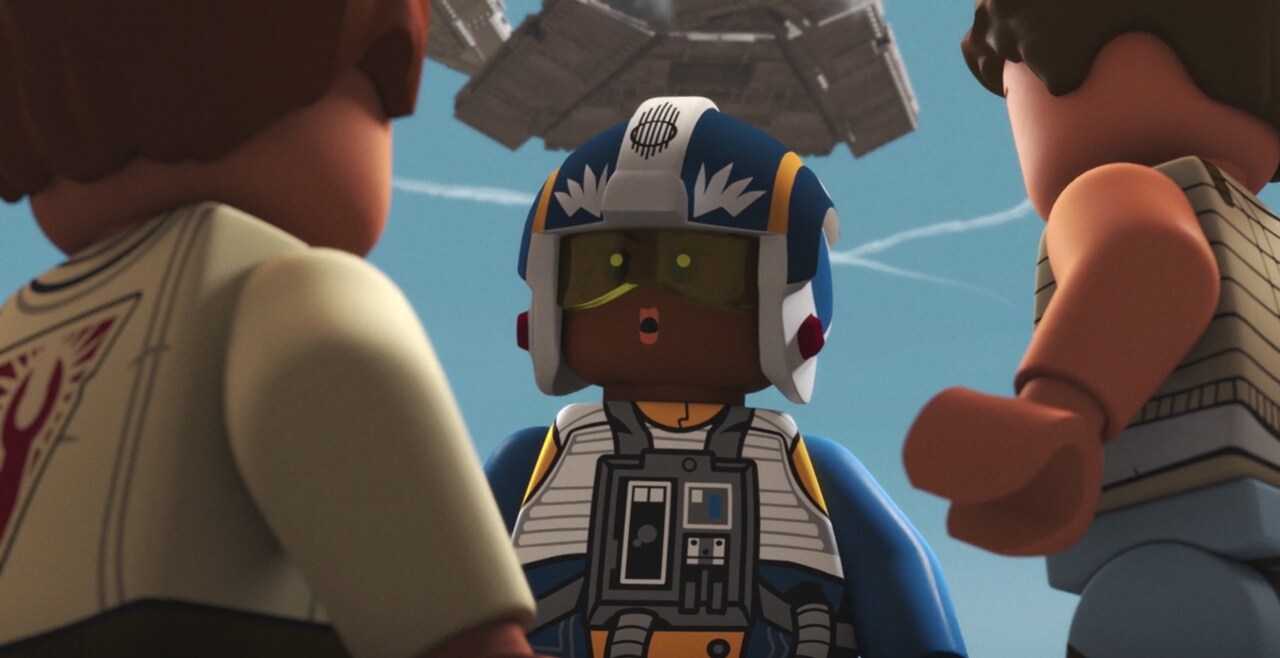 The last of the eight All-Stars shorts, “The Power at Jakku” has R0-GR recount to Moxie, a young Resistance member, about how he, Rowan, Zander, and Kordi helped save the day at the Battle of Jakku. The episode ends with an unlikely reunion and the final fates of the Freemaker family are revealed!