Inside the manga version of Claudia Gray's popular book.

For many fans, Claudia Gray's 2015 Young Adult novel Lost Stars remains a favorite among the works collected on their Star Wars bookshelf. It's the story of Thane Kyrell and Ciena Ree, two childhood friends who enroll in the Imperial Academy -- and what happens when one defects to the Rebellion. As such, Lost Stars captures the feel of classic Star Wars, but with new complexities; in focusing on these new characters in the timeframe of the original trilogy, it shows the personal, moral, and cultural strains that result from the Empire's tyranny, as well as the cost of fighting back.

If you love Lost Stars, or have been wanting to give it a try, there's some very good news: Lucasfilm and Yen Press recently released a manga adaptation of Lost Stars, originally published digitally on the LINE app in Japan. Illustrated and adapted by Yusaku Komiyama, it's beautiful. Komiyama's art bristles with energy, from her zooming starfighters to Ciena's laser-focused eyes. The quiet and emotional moments, however, linger with room to breathe, like Thane's thunderbolt-struck first sight of Ciena in their younger years. As a whole, it's an entirely new way to experience Lost Stars, and a rewarding one. StarWars.com had the chance to speak with Komiyama during a visit to Lucasfilm in San Francisco, discussing her approach to adapting Lost Stars, illustrating Thane and Ciena as well as Star Wars legends, and the unique perspectives of the book's story. Here are five insights from the Japan-based artist and writer. 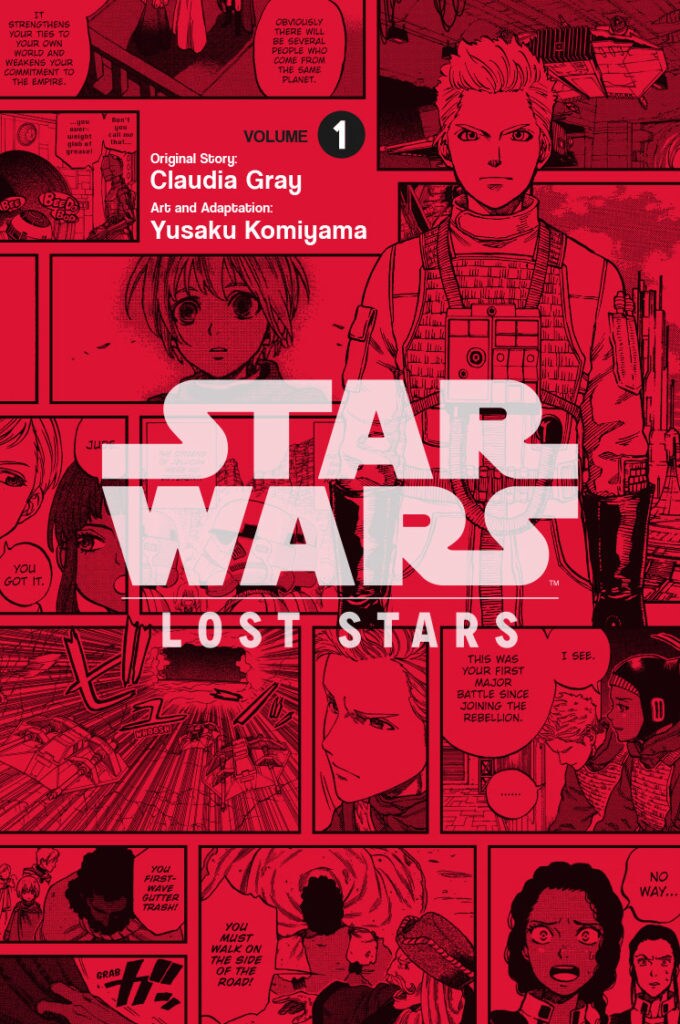 1. Yusaku Komiyama is a recent convert to a galaxy far, far away. Reading her adaptation of Lost Stars, with its impeccable X-wings and detailed Darth Vader suit, you might think Komiyama has been studying Star Wars for years. Not so. "Up until a year before I started drawing the manga, I had not seen the films," she tells StarWars.com. "I started watching the films and I instantly became a fan. I became an addict." 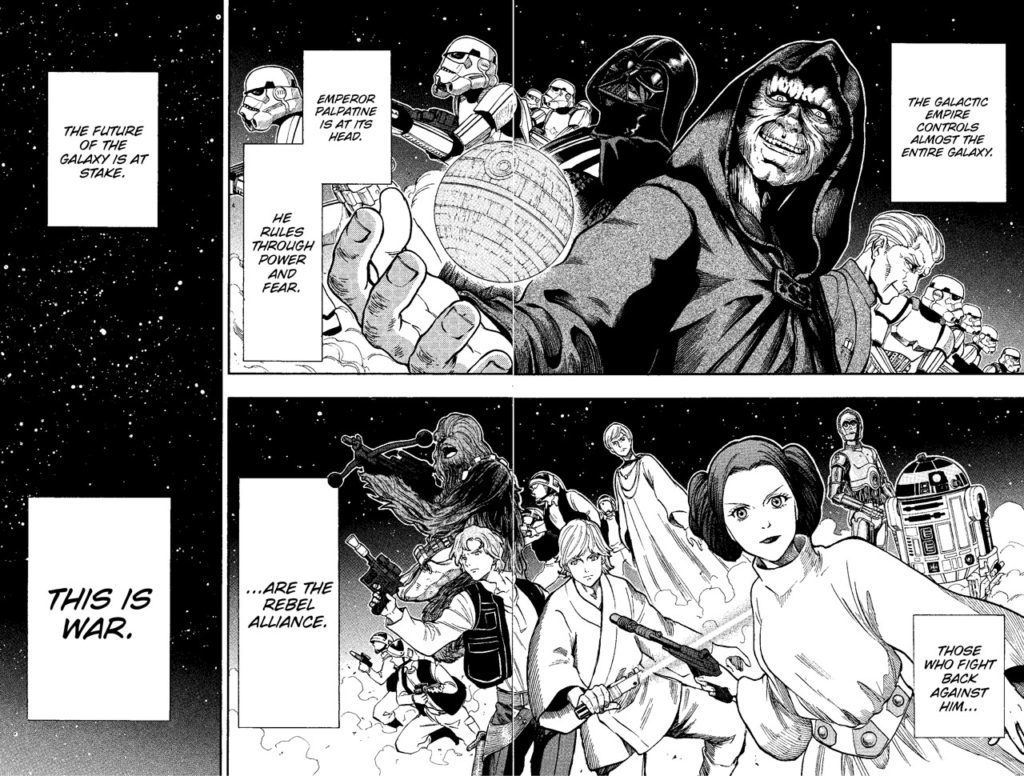 2. The manga features some familiar faces. And there's a reason. In the Lost Stars novel, classic characters like Darth Vader and Luke Skywalker are not heavily featured. But Komiyama wanted to use the manga form -- meaning sequential, visual storytelling -- to its fullest, and pulled in Star Wars icons where she could. "The idea was that Star Wars fans would like to see more of these legendary characters, so I wanted to use them as much as possible."

3. Bringing Lost Stars into the manga form felt natural for Komiyama. There have been other Star Wars manga adaptations in the past (and you should really check them out), but converting a novel into the Japanese comic-book style was a new venture. And it made sense to the artist handling the project. "Star Wars, the story itself, is very close to the Japanese boy's shonen manga format," Komiyama says. "I feel that the films adapt very well to manga. There's characters like R2-D2 and Vader, and these are really solid characters. If you see them once, they're really memorable, and that fits really well with the manga format." 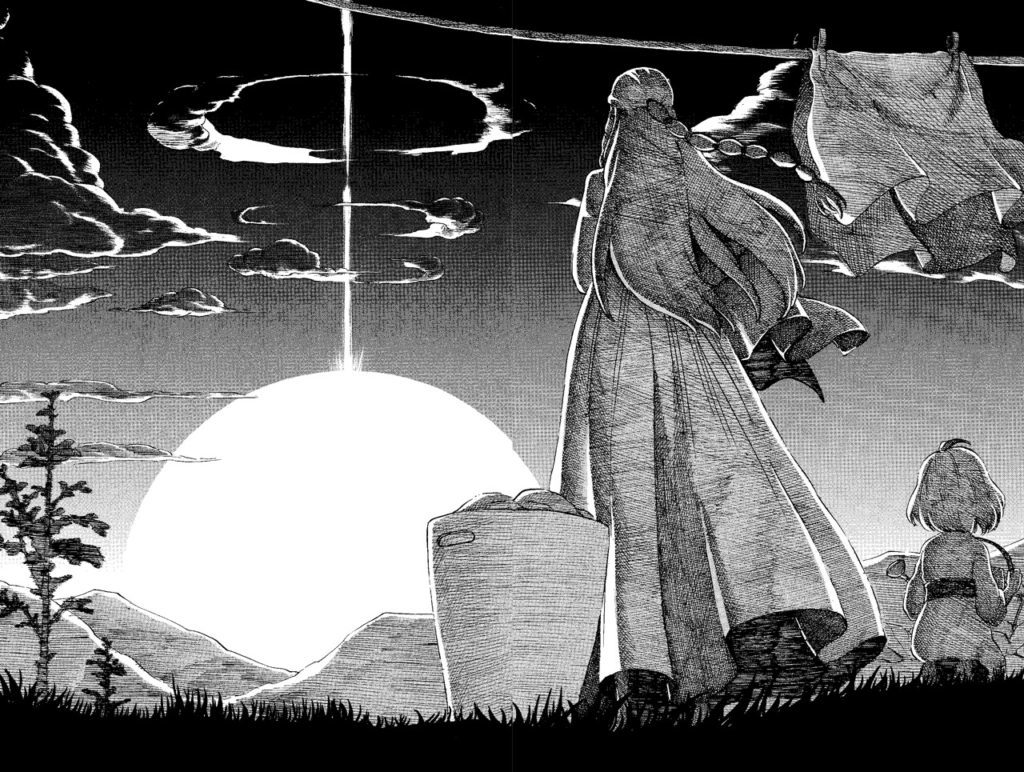 4. This is Komiyama's favorite illustration in the manga. A powerful image toward the end of the book, the artist shows the destruction of Alderaan from a ground, and very human, level. "There are some things that are not in the films. I really enjoyed drawing this section, because it shows the destruction of Alderaan from the viewpoint of Alderaan. Star Wars is a very enjoyable series, but essentially, it's a series about battles and war. So I enjoyed being able to create a scene which showed some of the helplessness and the despair that goes along with war." 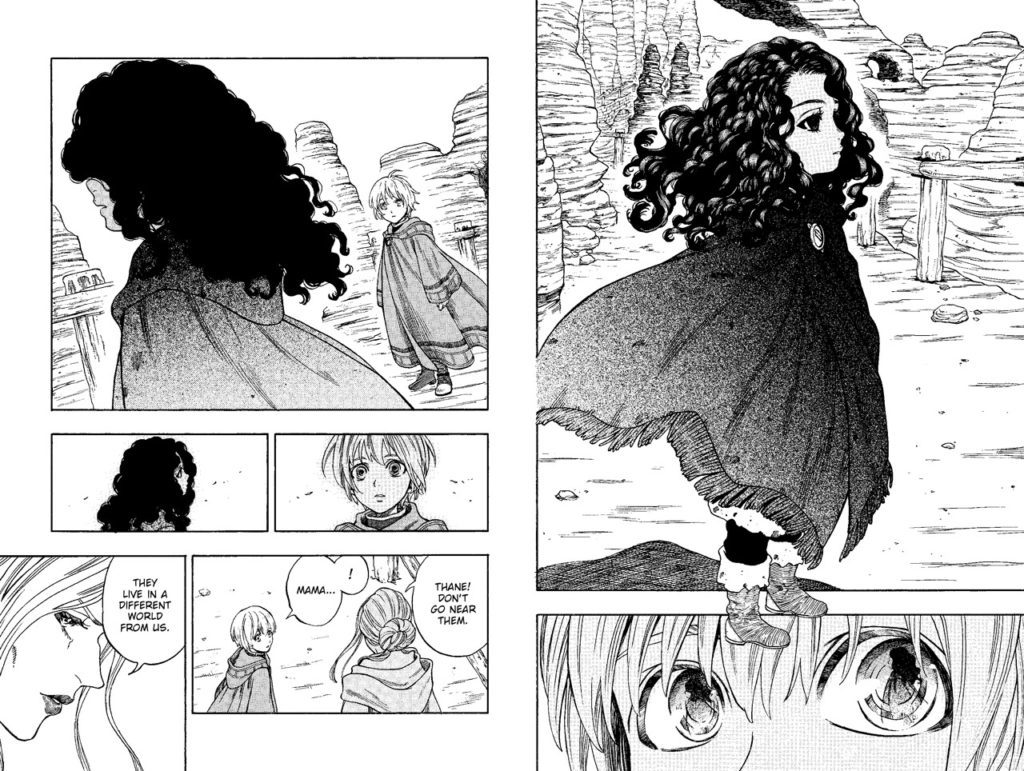 5. The different points of view within Lost Stars appealed to Komiyama as a storyteller. In framing this very personal story between two friends in the larger conflict of the Rebellion versus the Empire, Komiyama found the tale to be a unique one in Star Wars. "It unfolds from the perspective of the rebels, and then the Empire, and then the two characters and their struggles within that context," she says. "I found that really interesting."