Marvel’s Star Wars: Revelations Will Point Toward the Future of the Galaxy Far, Far Away in Comics - Exclusive

Writer Marc Guggenheim talks to StarWars.com about a Vader-starring tale that sets the stage for what’s to come.

Darth Vader teaming up with Padmé’s former handmaiden, Sabé. Doctor Aphra finding a Sith artifact -- and becoming possessed by its dark energy. Qi’ra leading Crimson Dawn into a head-on conflict with the Empire. To say that a lot has been happening in Marvel’s Star Wars comics would be a Death Star-sized understatement. But these stories are far from over, and fans will soon get a glimpse of where they’re going.

Star Wars: Revelations, a special one-shot coming in November and revealed here exclusively, promises to point to the future of Marvel’s Star Wars line, currently set after Star Wars: The Empire Strikes Back. Written by Marc Guggenheim (Star Wars: Han Solo & Chewbacca) and illustrated by Salvador Larroca, Paco Medina, and more, the tale finds Darth Vader seeking out The Eye of Webbish Bog on Mustafar, a mysterious creature strong with the Force, in a tale that will tease the direction for Marvel’s various Star Wars series. “Now, we all know that the Force can be used to glimpse the present, the past, and possible futures,” Guggenheim tells StarWars.com. “Well, The Eye is going to show Vader all of the above, including moments that will be coming into play in 2023 all across the Star Wars line. It’s our clever way of giving readers a preview of what everyone has up their sleeves for next year, but this isn’t a 40-page movie trailer. It’s a real Star Wars story with Vader at the center.” You can get a first look at the gorgeous movie poster-like cover by Phil Noto below. 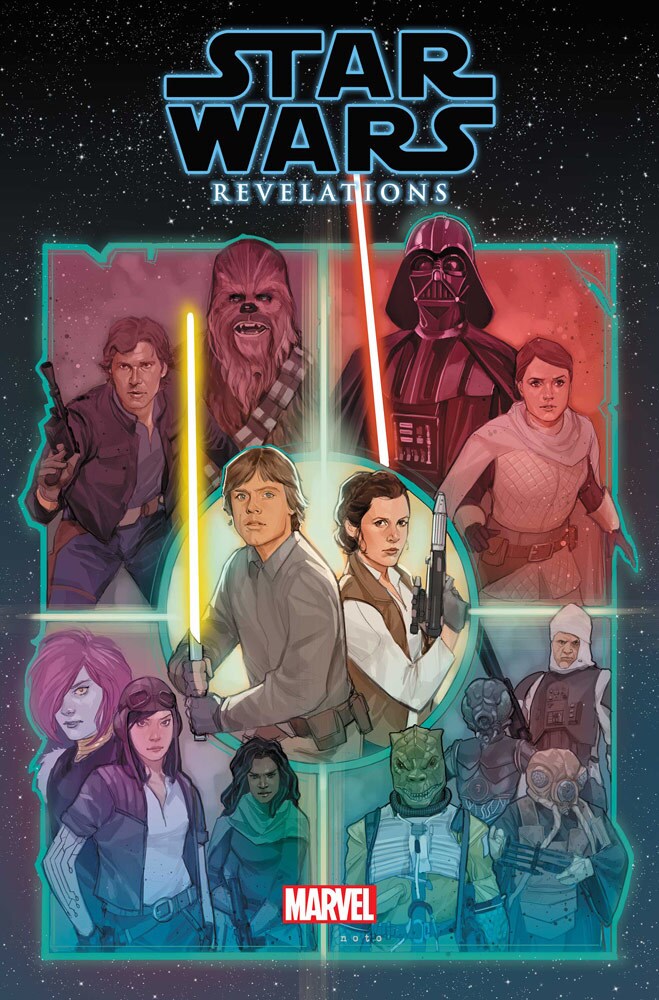 In addition to this look at what’s ahead across Marvel's Star Wars titles, Revelations will also touch on the House of Ideas' next big crossover event in the galaxy far, far away: the just-announced Star Wars: Hidden Empire. That’s some heavy lifting for one story, and Guggenheim has approached it with care. “My goal is to make this story feel as impactful as possible,” he says, “without stepping on the toes of my fellow writers.”

As both a writer and a fan of Star Wars, Guggenheim can’t wait for Revelations to hit comic shops. “I’m having an absolute blast writing Han Solo & Chewbacca as well as three issues in the upcoming Yoda series, but this is my first go at writing Star Wars proper -- Luke, Leia, Vader, you name ‘em. Quite frankly, it’s hard to put into words just how exciting that is for me. And to be able to do it with a story that is designed to get readers excited for what’s coming up, well, that’s just the icing on the cake,” he says. “If I do my job right, I’ll be telling a compelling Star Wars story while simultaneously planting some very big flags for what readers can expect in 2023.”

Check out Star Wars: Revelations and more on This Week! In Star Wars below!