The gifted actors on playing the ol’ smoothie.

Hello, what we here?

The next collection of classic Star Wars Insider features -- Star Wars: The Galaxy’s Greatest Heroes -- arrives February 15, celebrating the Jedi, rebel princesses, and Wookiee warriors we love. But not to be left out, of course, are the charming rogues. In StarWars.com’s exclusive excerpt of the magazine special, Billy Dee Williams and Donald Glover speak at length about bringing our favorite cape-wearing, smooth-talking scoundrel Lando Calrissian to life, talking capes, charisma, and character. 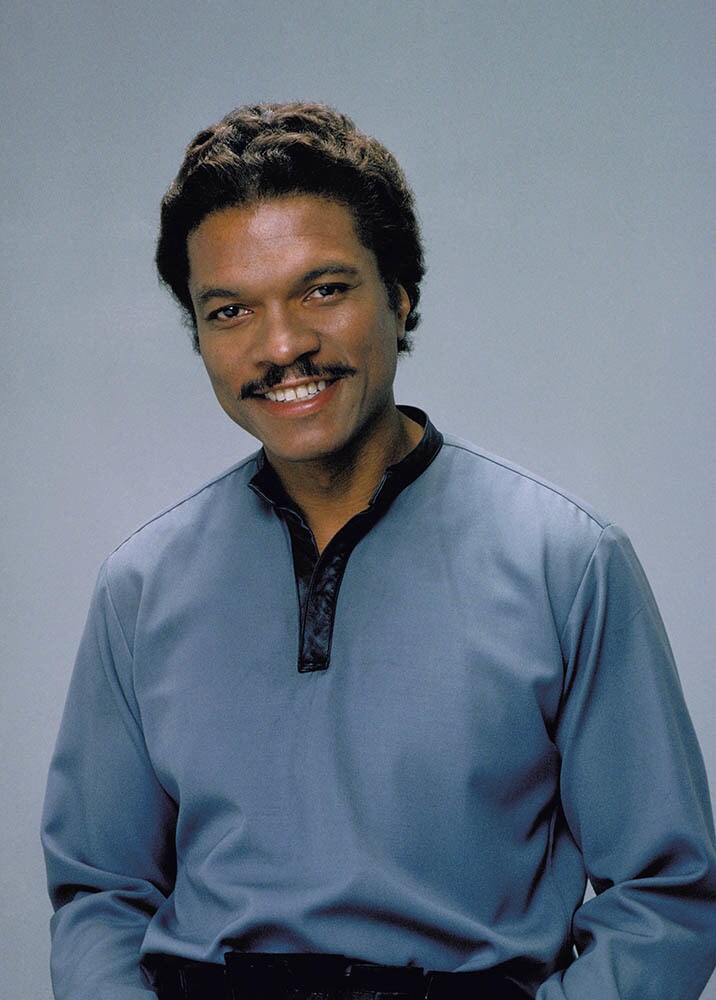 Already a respected actor prior to his casting in Star Wars: The Empire Strikes Back, Billy Dee Williams was only too eager to join the Star Wars cast as the morally ambiguous Lando Calrissian.

Billy Dee Williams (Lando Calrissian): During the 1970s there were all these new, young,

extraordinarily talented filmmakers emerging, such as Steven Spielberg, Francis Ford Coppola, and Martin Scorsese. I was really looking forward to working with George Lucas. As an actor, you are always excited to be doing interesting things, and I got really lucky to have the opportunity. I mean, he’s one of film’s great innovators.

Before I was cast as Lando I was under contract to [legendary Motown Music founder] Berry Gordy, and it was through him that I worked for George Lucas. 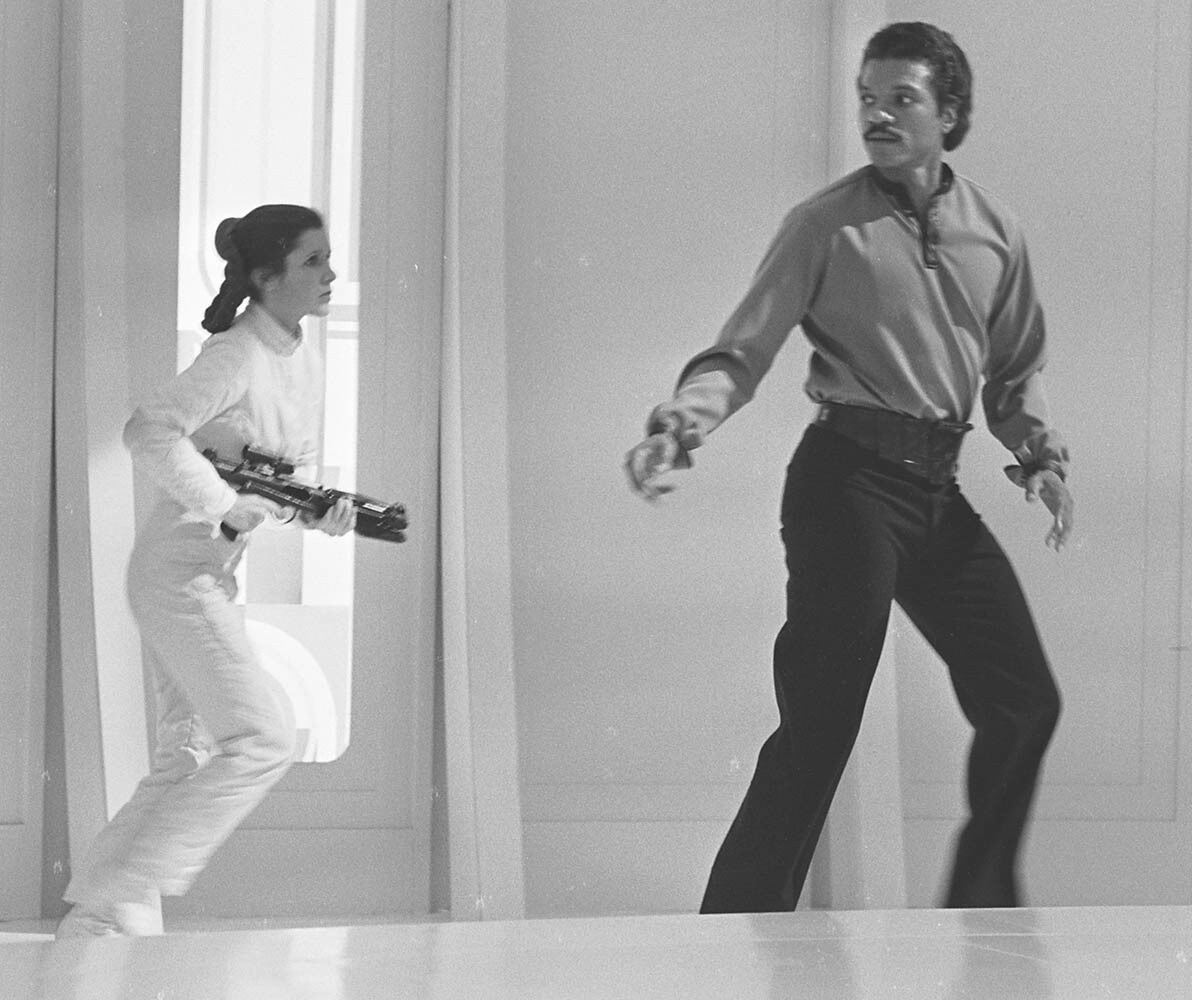 The Empire Strikes Back had great production value, a strong look, and a powerful script. I think Irvin Kershner, our director had a lot to do with it.

I don’t remember any real discussions about how to interpret Lando. They let me go. They trusted my interpretation. There were other concerns they had— all the technological stuff, the blue screen. So it seemed to me they left it to the actors to develop the characters. All the actors had personalities that really worked for what they were trying to

convey. Lando’s unparalleled charm is his greatest asset, of course! That was one of the things that I thought was very important to that character.

Williams was pleased to wear the distinctive cape that would become synonymous with the character’s sense of style.

Billy Dee Williams: When I got that cape, I really tried to use it as much as I could. That was a key factor as far as finding the character was concerned. It reminded me of all those wonderful swashbuckling movies I used to see when I was a kid, with Errol Flynn. That was exciting for me. The cape was something to work play around with and find the character through. When I wore the cape for the first time, I made it very much a part of Lando’s persona. I mean, Lando has style. There’s no doubt about it!

I think Lando was like a Steve Wynn. When he had Cloud City, he was running something that was comparable to Las Vegas, and he was very wealthy and running the whole show, so he was quite a businessman. But he was a great gambler. Oh, and the ladies were there. There were an awful lot of ladies! Much of Lando’s charming persona was derived from Williams’ himself.

Billy Dee Williams: Well there’s an awful lot of Billy Dee in Lando. I think I’m a pretty charming guy. I don’t take myself seriously, and I think that’s a good thing. I’ve always admired men who were subtly cool. I loved Duke Ellington. But he was also very entertaining at the same time. I’ve always wanted to play Ellington. I came very close to

playing him a few times. It should have happened. I think I’m the only one who could really pull it off, because the guy was such an interesting individual, and I understand that kind of charm. I don’t know if there are any other guys around today who really understand it.

From gambler to Baron Administrator to general, Lando has adopted many roles over the course of the saga.

Billy Dee Williams: That’s movie magic. It’s very interesting—he becomes a general, and why he became a general was never explained. I mean, there was no army to really speak of. 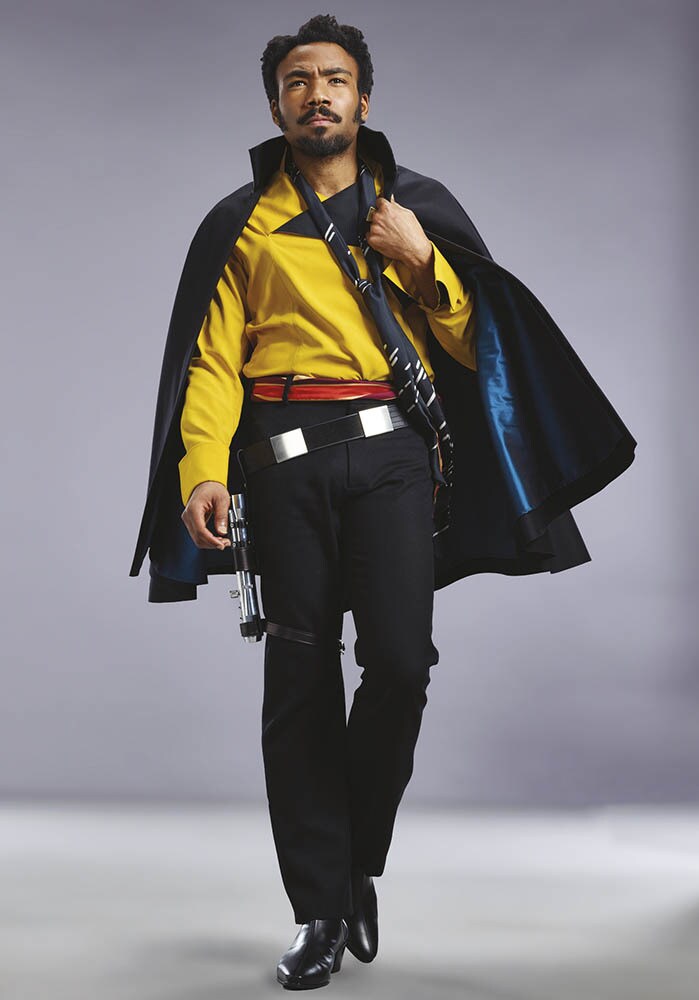 Like Williams before him, [Donald] Glover was much in favour of Lando’s wardrobe, with his penchant for capes expanded upon in the prequel.

Donald Glover: Lando definitely has the best clothes! It was great to wear all those costumes. It was really fun to actually be him, to focus on the character and make something unique. I had a blast being Lando. From the hair to the capes to the boots and the whole style, it felt very comfortable.

The film elaborated on the relationship between Lando and his friend and rival, Han Solo.

Donald Glover: They don’t trust each other, but they have a common goal. They have friends in common, and they have people they care about. They are acquaintances who care about each other, but at the end of the day they are also in competition with one another, which I think is complex, but also very real. Good movies need a release valve, so I think comedy is important. There should be something that feels light when there’s darkness in the story. I thought it had a lot of heart and presented a view of why people do things. I felt like it hit the sweet spot of being something that everybody could understand, while also being true to the world—not necessarily our world, but very specific to human nature, which I really liked. 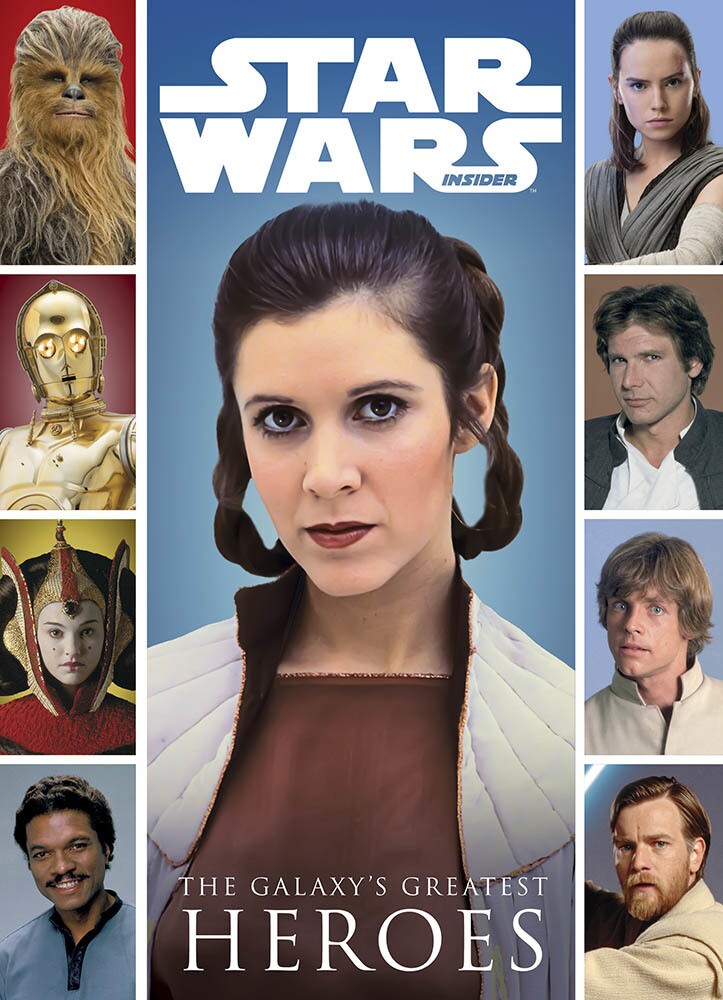 Read the rest of this interview and other stories in Star Wars: The Galaxy’s Greatest Heroes, available for pre-order now in the US and UK, and arriving February 15. Subscribe to Star Wars Insider now for more of the latest news, in-depth articles, and exclusive interviews in every issue!