From the pages of Star Wars Insider, get a sneak peek at a new deep-dive interview with the fan-favorite actor.

As a boy, Warwick Davis had lived the Star Wars dream, starring as Wicket the Ewok in Star Wars: Return of the Jedi (1983) and two made-for-TV spin-off movies. In this exclusive excerpt from part two of Star Wars Insider’s in-depth interview with Warwick Davis, the actor reveals how he found himself returning to the galaxy far, far away…. 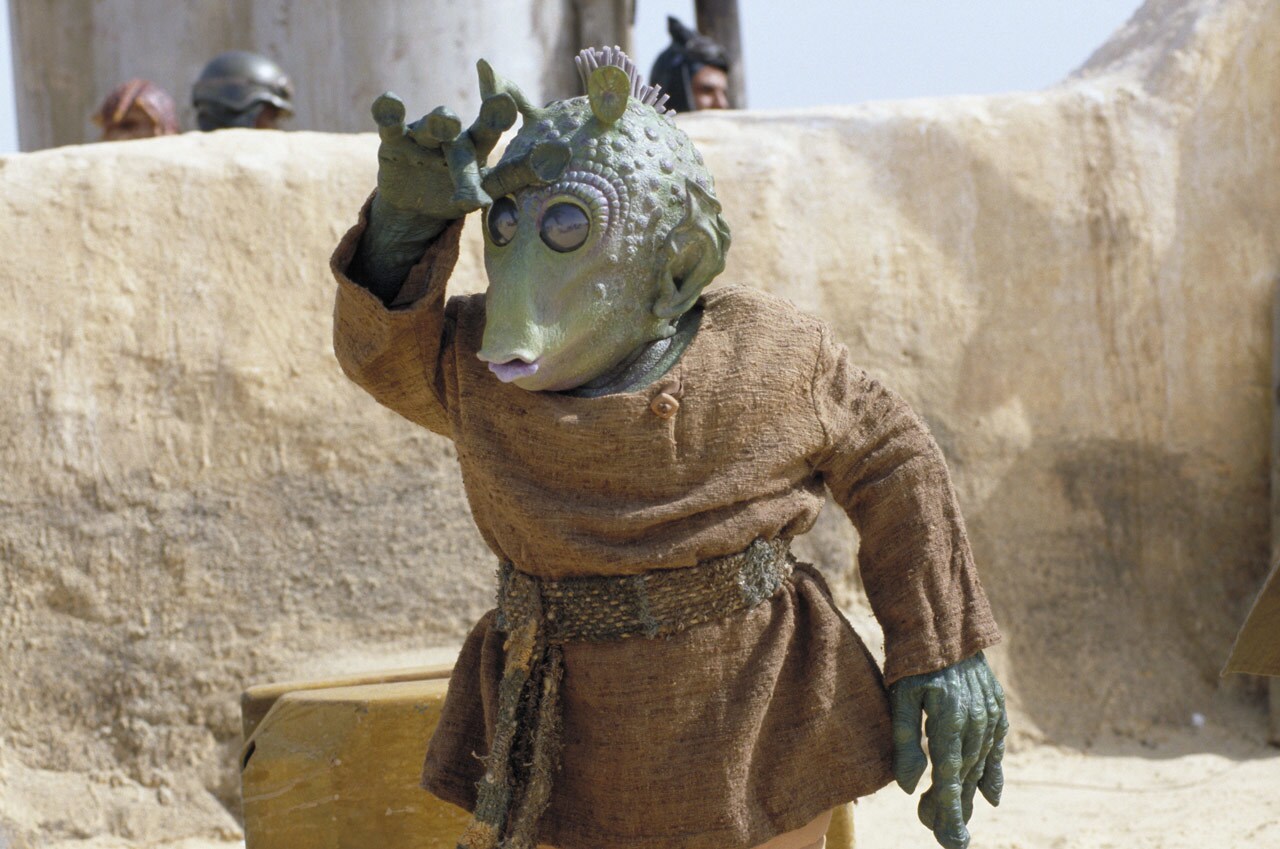 Star Wars Insider: 2019 marks two decades since the release of Star Wars: The Phantom Menace (1999). How did you get involved again with the Star Wars saga?

Warwick Davis: There came a point in the early 1990s when George Lucas first mentioned the prequel trilogy, telling the origins of Anakin, and I sent a few faxes to him. They were always humorous and fun, but basically it was me saying, “I’m excited to hear you’re doing new Star Wars, and if you do, don’t forget me!” Eventually I got a call from the casting director, Robin Gurland, and she said George wanted me to play Wald, who was described as Anakin’s best friend.

I didn’t know what it was going to involve at that stage. I didn’t know there was going to be a rubber head and the Tunisian desert, but that’s where we ended up. At one point, George did say, “Oh, I realize what I’ve done. You’ve done Willow (1988) since Return of the Jedi and now I’ve stuck you back in a rubber head again. Why don’t you be someone else? You can be a spectator watching the podrace!” So that’s how I ended up playing Weazel as well.

Star Wars Insider: Weazel returned in Solo: A Star Wars Story (2018). Had you ever have imagined reprising the character almost 20 years later?

Warwick Davis: No, not at all. When we were working on Solo, we were looking at the design of this character, one of Enfys Nest’s gang, and we were talking about it for ages. We were trying different things, making drawings, and throwing ideas into the hat -- scars and lenses, shaved head, all sorts of things -- until someone picked out a picture of Weazel and said he looked kind of cool. The look then kind of dictated itself based on an older version of the character. I thought it was perfect, and then I started to think about what his journey could have been between those two points. He went from a gambler to a freedom fighter, trying to help Enfys make a difference. It all made sense.

Star Wars Insider: And his name began with "W" again.

Warwick Davis: Yes, we didn’t have to invent another character name that began with "W" because it was already there. I remember before we came up with the name Weazel, I was invited by George to go to the recording session at Abbey Road Studios and watch John Williams score The Phantom Menace. While we were there I said to George, “Is there a connection between your name and Wicket’s name, in that yours is George W. Lucas and his is Wicket W. Warwick?” He didn’t answer, but what he did say was, “We need to give your character in The Phantom Menace a name beginning with ‘W.’”

At that point, I wasn’t really making the connection that every character I’d played up to that point began with "W". I said, “Well, he’s a bit of a sneaky guy,” and George suggested Weasel, but with a "Z" instead of an "S". So that was when we named him, in the mixing room at Abbey Road Studios. We never imagined that he would have further life beyond. The new issue of Star Wars Insider releases September 10 in the US (and October 10 in the UK), and is packed with exclusive features and interviews. The magazine continues its journey through the Skywalker saga with an exploration of Star Wars: The Force Awakens, travels from Corellia to Starkiller Base to trace the life of reluctant good guy Han Solo, and asks why the Empire and First Order insist on building big bad superweapons!

The issue also includes an interview with director of photography David Tattersall on bringing Star Wars back with Star Wars: The Phantom Menace, and there’s also a tour of the top five galactic watering holes, along with a visit to the outer rim world of Batuu.

Plus, there’s still time to submit your answers to Insider’s Skywalker Saga Galactic Survey, which closes on September 10!

Subscribe to Star Wars Insider now for more of the latest news, in-depth articles, and exclusive interviews in every issue!