The lava world’s history is filled with dark secrets.

Star Wars Inside Intel is a StarWars.com feature where Lucasfilm Story Group member Emily Shkoukani, whose job is to know as much about a galaxy far, far away as possible, explores obscure facts about Star Wars lore and continuity. In this installment, Emily traverses the molten planet of Mustafar...

The lava-drenched planet of Mustafar was the stage of one of Star Wars’ most epic duels between Darth Vader and Obi-Wan Kenobi. As the two face off against each other, they traverse the volcanic hellscape, avoiding erupting volcanoes, toxic ash, and massive lava-falls. But Mustafar was not always covered in magma. 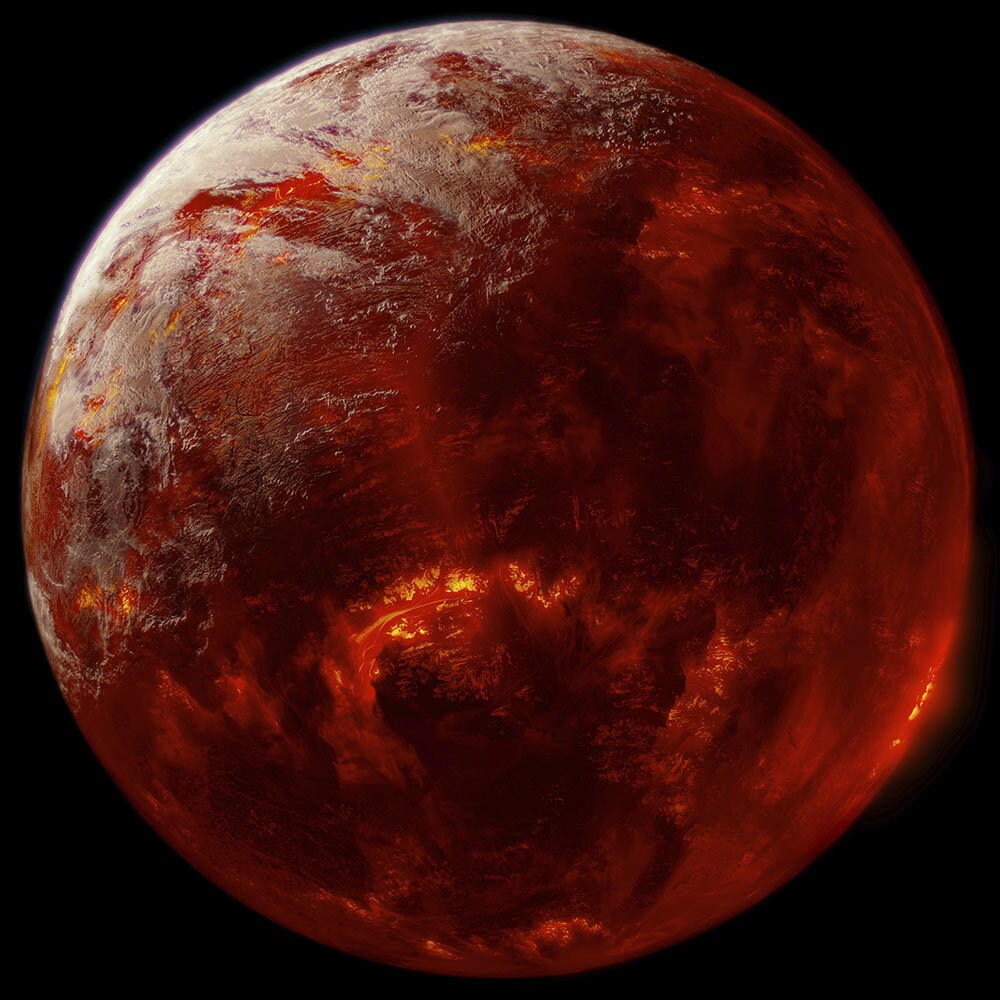 As seen in ILMxLAB’s Vader Immortal: A Star Wars VR Series, Mustafar was once a lush, green planet teeming with life until Lady Corvax plunged it into chaos with her Aeon Engine. Lady Corvax created the Aeon Engine with the intent to resurrect her recently deceased husband who died in combat. However, the engine could not operate without a power source. Although Lady Corvax was an ally to the Mustafarians, her grief for her husband led her to steal the natives’ sacred Bright Star crystal. By combining the crystal with the engine, powerful waves of energy released from it that began to quickly and severely drain the climate and terrain until it transformed into the volcanic planet depicted in Star Wars: Revenge of the Sith.

After Vader’s loss to Obi-Wan on the lava planet, Mustafar became an unlikely refuge for the Sith Lord and the location of his fortress. In Charles Soule’s 2018 Star Wars: Darth Vader series from Marvel, the Dark Lord requested Mustafar as a planet for him to seek out new powers. After previously discovering a Force locus imbued with the dark side on the molten planet, Vader believed he could use it to unlock unnatural abilities -- like restoring Padmé Amidala to life -- much like Lady Corvax thought she too could resurrect a loved one with her Aeon engine. Palpatine granted Vader the planet and offered him something in addition to his endeavor: the mask of Lord Momin, an ancient Sith heretic. He believed it could help show Vader the way. 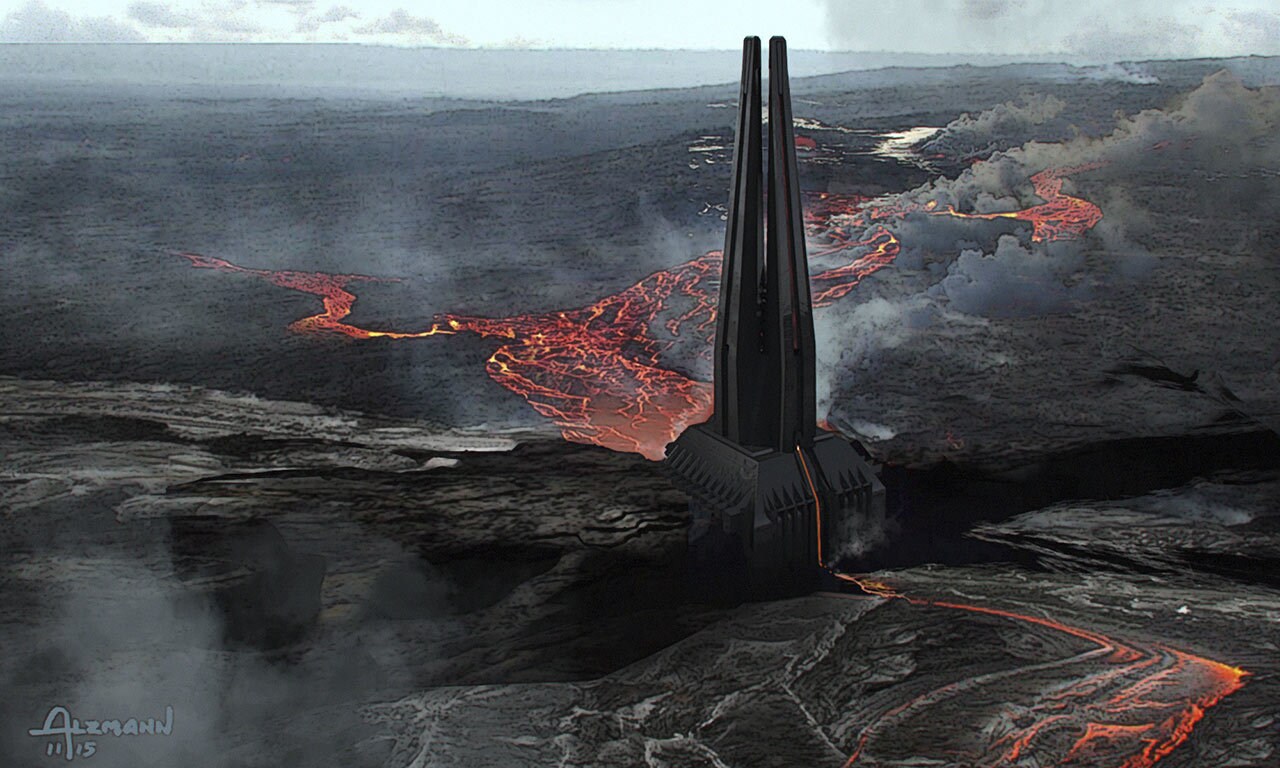 By possessing those that donned his mask, Momin revealed to Vader that the Force locus on Mustafar was a door to the dark side. But this portal was locked, and only a specifically designed citadel could act as the key to gain entrance. This citadel would eventually be known as Fortress Vader, designed by Momin himself. The key features built into the castle were a focusing chamber and tuning spires, both of which acted to help a Force user channel their power and connect with the naturally existing Force locus it was built atop.

The Mustafarians did not stand idly by as Vader seized their land for his own gain. They mounted an attack on the Sith Lord but were unsuccessful in ousting him, as his use of the dark side, enhanced by the Force locus, was too great.

Simultaneous to the Mustafarians’ attack on Vader’s fortress, Momin betrayed the Sith Lord and used the now-complete citadel to retrieve his own ancient body from the void. This led to Vader cutting Momin down for his betrayal after dealing with the Mustafarians, before entering the locus himself in order to recover Padmé. However, he was unsuccessful and, in his rage, Vader destroyed the focusing chamber. But this was not Vader’s only attempt at resurrecting his wife. 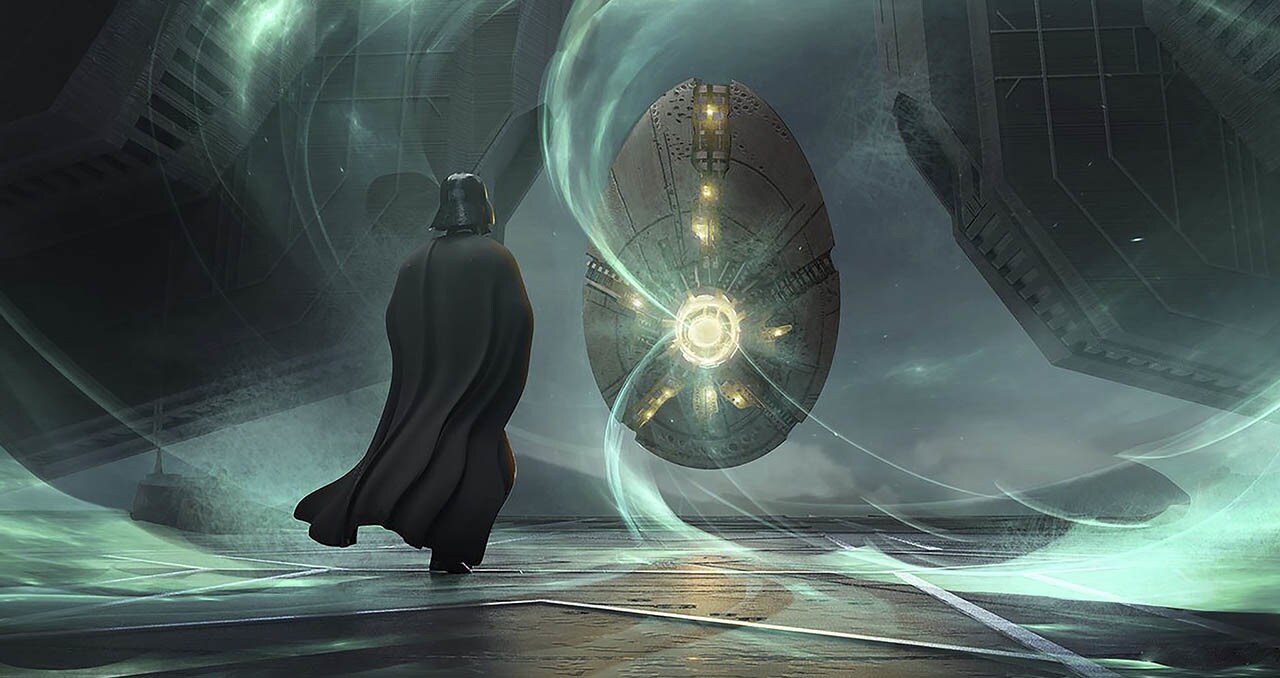 Years later, Vader would attempt to use the same device Lady Corvax created, the Aeon Engine, to bring his beloved wife back to life. Also detailed in Vader Immortal, Darth Vader attempted to use the Aeon Engine in conjunction with the Bright Star, which was trapped beneath Vader’s castle in Lady Corvax’s ancient secret sanctum. His plan was foiled yet again by the native Mustafarians and a distant descendant of Corvax herself. Although Vader was able to activate the engine, which could’ve destroyed Mustafar completely, the Corvax descendant successfully destroyed the device by plunging Lady Corvax’s deceased husband’s lightsaber into it. This caused a reaction that, instead of further ravishing Mustafar, actually began to reverse the initial cataclysmic climate change, with a fen (called Corvax Fen) developing near Vader’s castle.

And as seen in Star Wars: The Rise of Skywalker when Kylo Ren visits the world to recover a Sith wayfinder, Corvax Fen had filled with irontrees preserved by Alazmec cultists -- who also protected the ruins of Vader’s castle.