"There’s a Star Wars for Every Generation": Star Wars Galaxy of Adventures Returns

StarWars.com goes inside the surprise new season of the popular series of animated shorts.

When Star Wars Galaxy of Adventures launched in November 2018, it had one real goal: to present Star Wars in a fresh way that could be enjoyed by all ages. To accomplish that, and have it be successful, was never a sure thing, considering the series of animated shorts was taking iconic Star Wars moments and reinterpreting them in a very heightened, kinetic way.

Yet somehow, it worked.

“The first month of that release, it was really fun to look at Twitter and see people posting videos of their kids watching it and just kind of being in awe and wonder,” says James Waugh, VP, content and strategy at Lucasfilm. “That co-viewing is what we were always hoping to achieve.” Today, Galaxy of Adventures shorts hold the highest view counts on the Star Wars Kids YouTube channel, and Hasbro even released a dedicated line of action figures in the aesthetic of the series.

And now, on the heels of a successful first season, StarWars.com is thrilled to announce that Galaxy of Adventures is back. The first three installments of Season Two are now available, kicking off a run of shorts coming to StarWarsKids.com and Star Wars Kids on YouTube, all focusing on a brand-new era for the series.


“We’re moving into the new trilogy,” says Josh Rimes, director, animation series development at Lucasfilm. “It’s really exciting to explore the now-iconic characters of Rey and Kylo Ren and Finn and Poe, and their stories. So we really look at it through those characters in the same way we did with Luke and Leia and Han and Chewie in the first season and applied the same kind of style, the same kind of fun.”

“We really took to heart the idea of, ‘There’s a Star Wars for every generation,’” says Waugh. “We wanted to be very focused on the fact that to a whole generation, the new trilogy will be their Star Wars, and we wanted to treat it with the same reverence as past trilogies.”

Much like Season One, Lucasfilm developed this new batch of episodes with the animation studio Titmouse. They’ve remained true to the style created for the series, which is a beautiful mashup of visceral anime and Little Golden Books’ colorful illustrations. 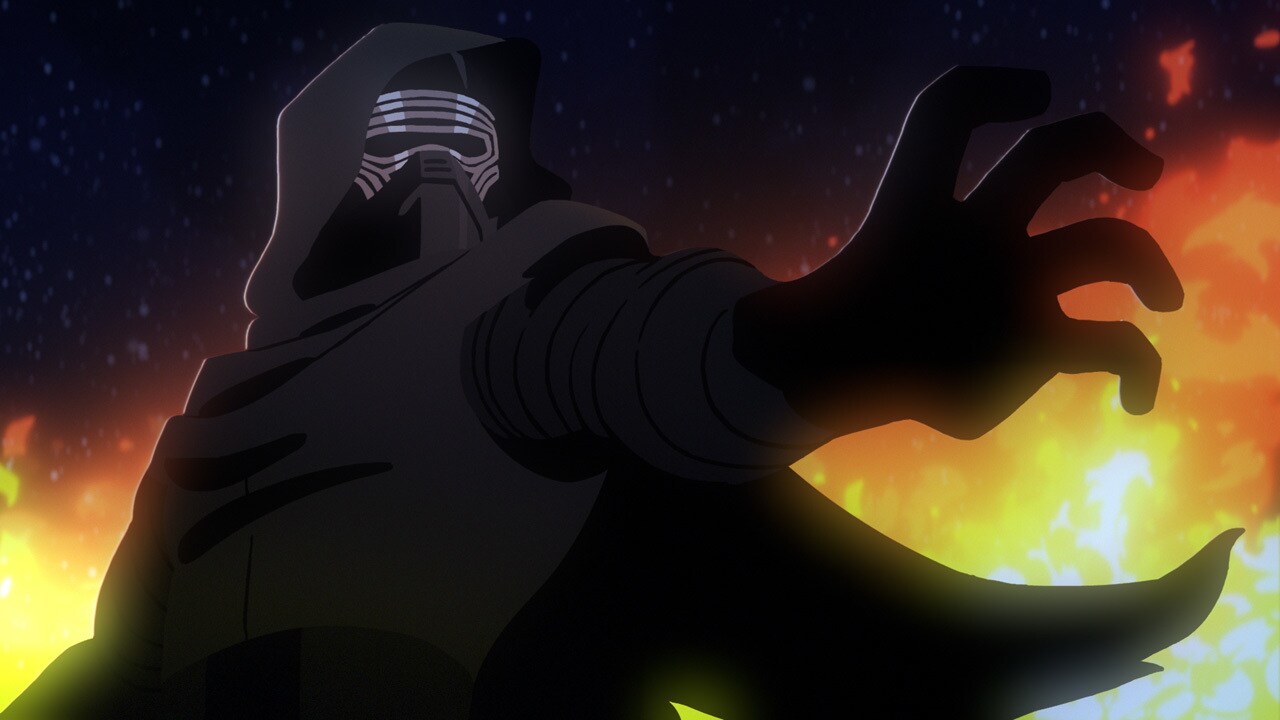 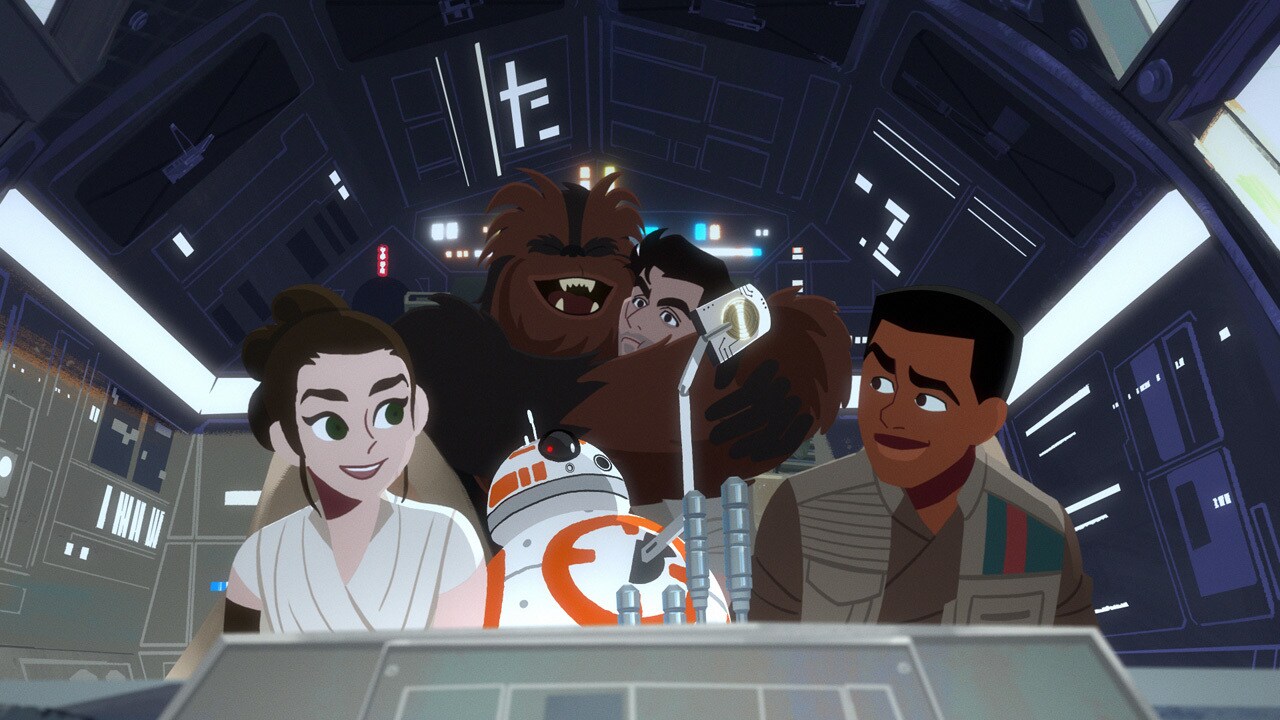 “I love seeing new characters adapted in our style,” says Titmouse’s Barry Kelly, Galaxy of Adventures director. “We had a little tease of Kylo and Rey in wave one. But when Joanna Park, our designer, starts sending sketches and ideas for Finn, Poe, BB-8, and more, it's a treat. I love seeing the characters translated to different mediums.”

But one major difference with this new crop of episodes is that Galaxy of Adventures will move beyond adaptation and into original stories. “With the first season, we were really expanding upon moments you knew and finding an anchored way to retell them in a minute,” says Waugh. “With this, it gave us an opportunity to say, ‘Okay, we’ve done that with the form. Can we do new storytelling?’” Indeed, the new season will feature stories set between Star Wars: The Last Jedi and Star Wars: The Rise of Skywalker, as well as some tales incorporating Star Wars: Galaxy’s Edge, the Star Wars-themed land at Disney Parks.

“Season Two of Galaxy of Adventures seemed like a great opportunity to learn more about these new characters,” says Sung Jin Ahn, supervising director at Titmouse. “A chance to elaborate on them further than what the trilogy touched on.” 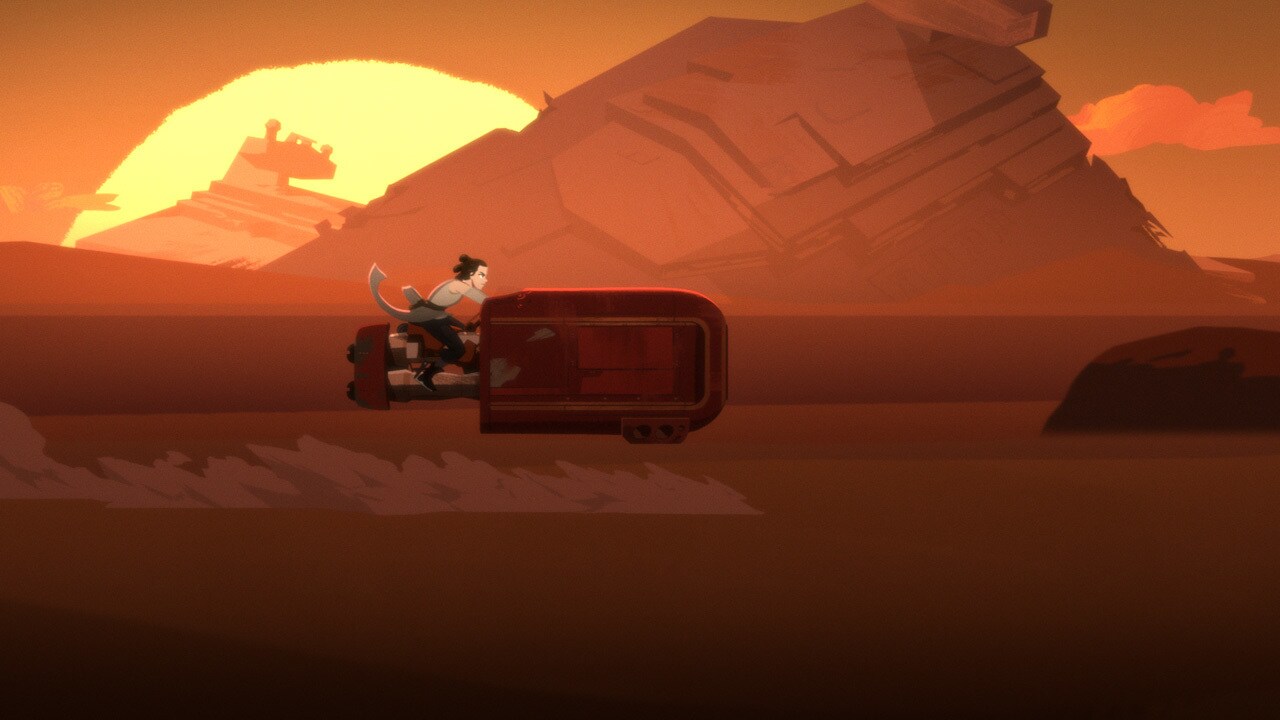 While the aim of Galaxy of Adventures is to convey the themes of Star Wars in short bursts of animation, the creators of the series are also looking to incorporate other aspects of Star Wars storytelling -- namely, the cyclical nature of the stories.

“Star Wars, thematically, echoes the past a lot,” says Rimes. “So we stylistically looked at Rey’s introductory piece the same way we looked at Luke’s introductory piece in Season One, and came up with a visual language and style that’s totally Rey. But when you see it, it links up thematically to Luke’s piece when he discovers Obi-Wan on Tatooine.”

Fans of Galaxy of Adventures have a lot to look forward to. Speaking with StarWars.com, Waugh mentions wanting to do prequel installments, and even acknowledges that there have been discussions about feature-length stories. (“I think we’d love to see that, too,” he says. “It has to be the right story and the right opportunity.”) For now, it’s time to dive into the adventures of Star Wars’ latest generation of heroes. 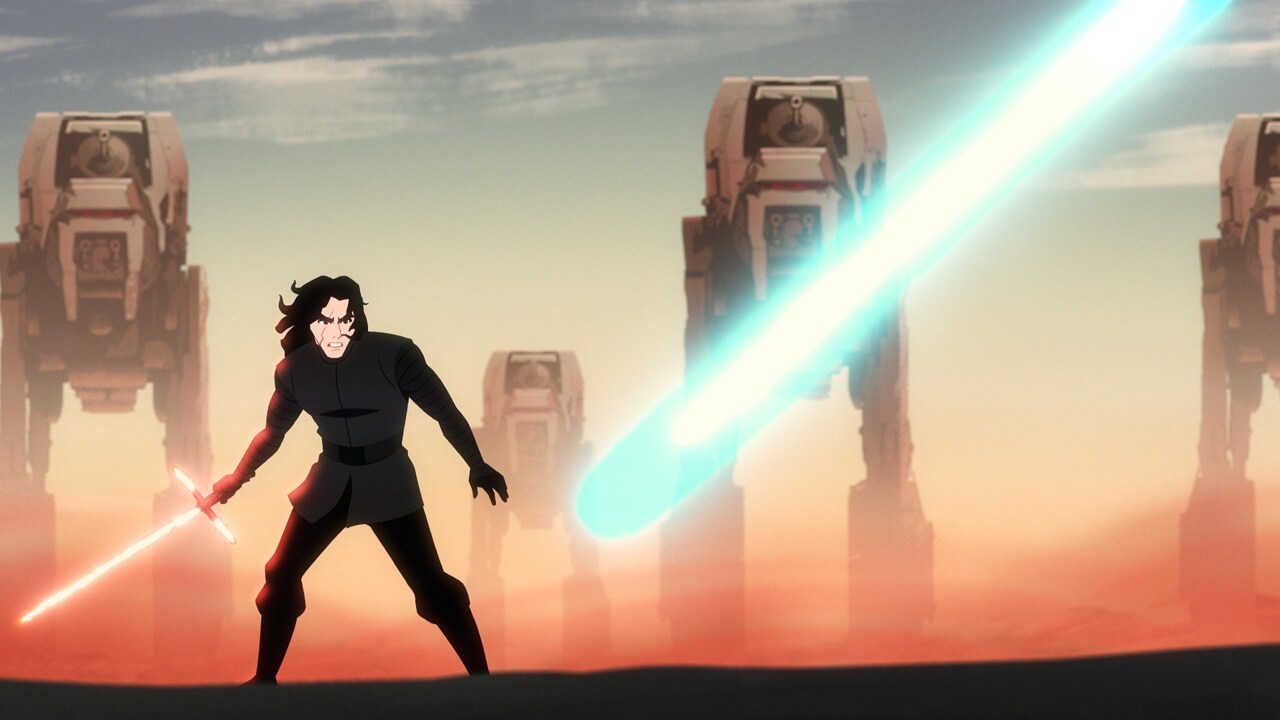 “They’re not just for kids. They’re made for everyone, new and longtime fans alike,” says Kelly. “If these shorts are your first time encountering Star Wars, I hope that they entice you to explore the magical world of the films.”

“I look forward to seeing kids who grew up with the new trilogy, or are about to discover it, fall in love with their Star Wars in a different way,” adds Waugh.

Watch the first three installments of the new season of Star Wars Galaxy of Adventures below!