On the Prowl with Chewbacca in Star Wars Adventures #28 - Exclusive

Get ready for Star Wars: The Rise of Skywalker with the second installment in a three-part adventure set before the events of the upcoming film.

Deep in the forests of Kashyyyk, Chewbacca is on the prowl for First Order scum, using his intimate knowledge of his homeworld to outwit his enemy. And he’s brought a friend -- the hapless porg Terbus, who makes an awful lot of noise for one so small.

In Star Wars Adventures #28, writer John Barber and artist Derek Charm continue the second installment in a three-part story set before the events of Star Wars: The Rise of Skywalker. This time, the mighty Wookiees of Kashyyyk are forced to defend their home against the armies of the evil First Order.

The issue also features a second story written by Michael Moreci with art by Tony Fleecs, in which R2-D2, C-3PO, and BB-8 team up on a top-secret spy adventure of their own. Check out a few exclusive preview pages below and then pick up a copy November 27! 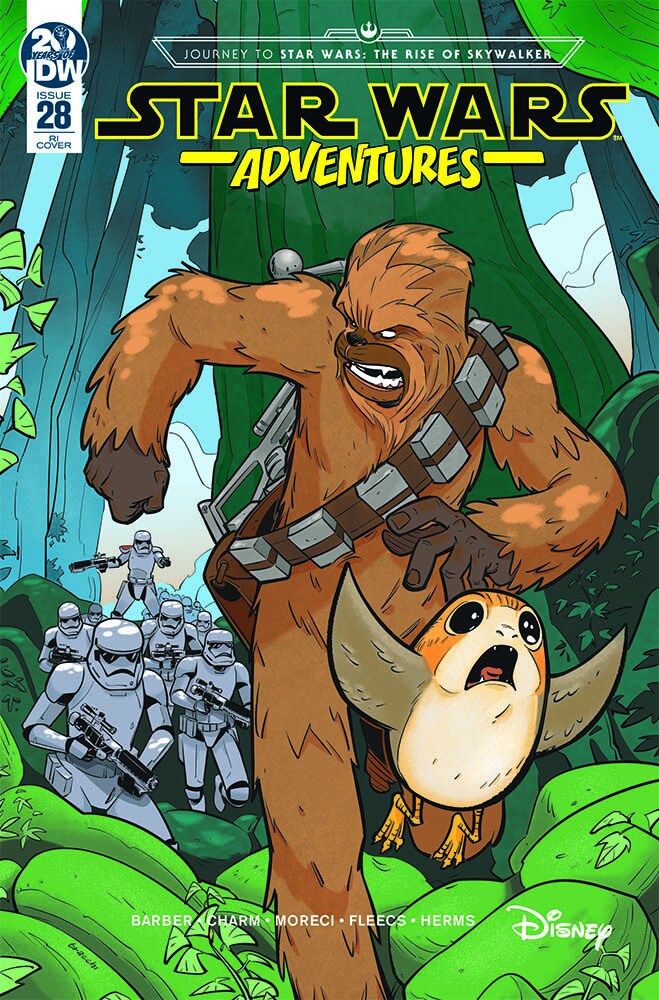 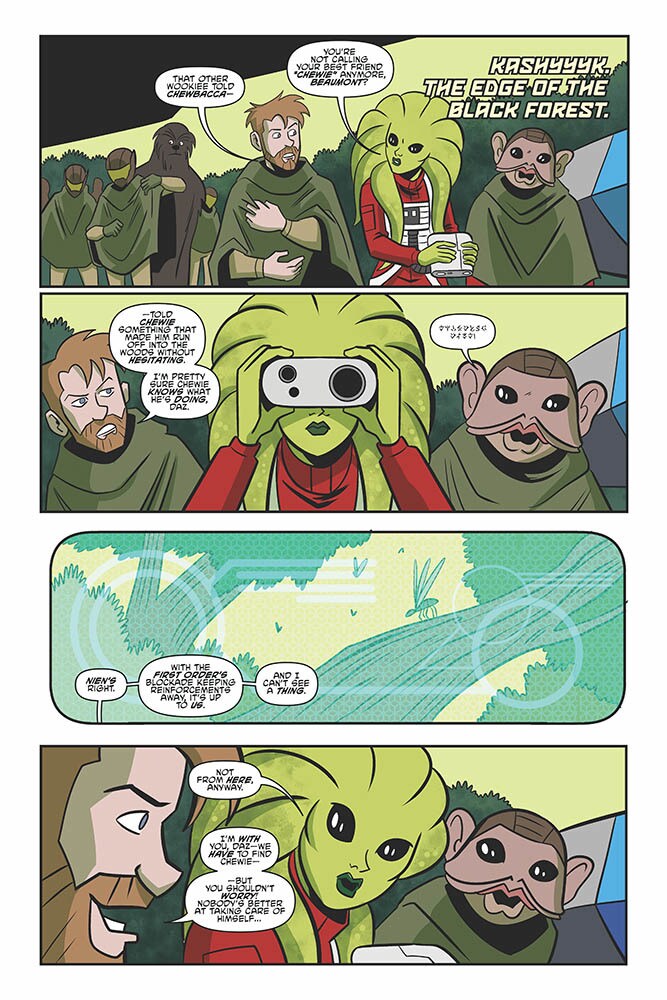 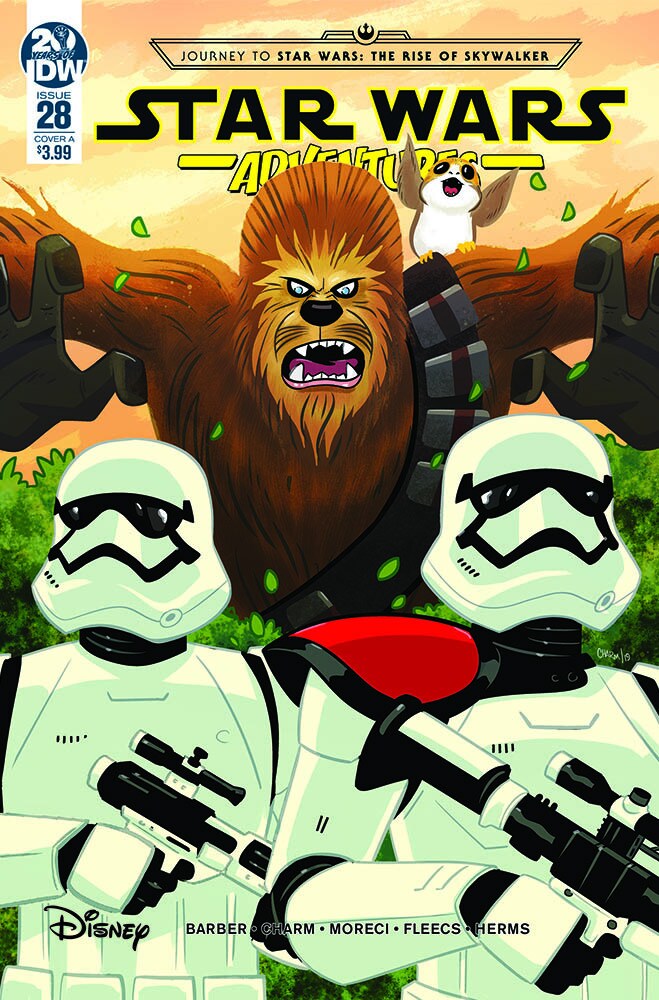 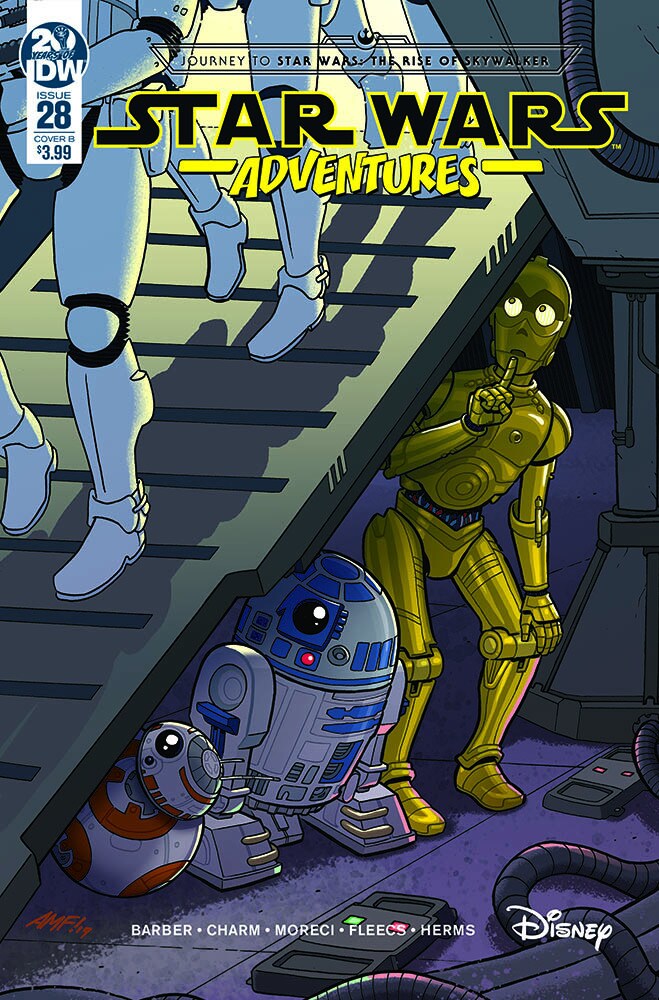