From cosplay to new book and toy reveals, the Force was everywhere at Comic-Con.

Another San Diego Comic-Con has come and gone. Since this year’s event took place mere days after Star Wars Celebration in London, Star Wars didn’t have as major a presence as it did last year -- nevertheless, there were still plenty of announcements, events, exclusives, and surprises to keep fans happy. Here’s a quick roundup of some of the best and most exciting Star Wars happenings from San Diego this year.

Thursday morning began with a panel (helmed by Lucasfilm Publishing’s creative director, Michael Siglain) about what’s on the horizon for Disney comics, and roughly half of the panel was devoted to Star Wars. We got some insight into the making of the recent original trilogy graphic novel and how the creative teams go about telling the stories to different age groups. Revealed during the panel, though, were covers for the newly announced The Force Awakens graphic novel, along with confirmation that a prequel trilogy graphic novel is also in development. This was good news indeed for anyone who knows how stunning the original trilogy book is. Friday’s Star Wars publishing panel (which featured a huge lineup of Star Wars literary superstars) had a number of nice surprises and reveals. One of them was the back cover of Chuck Wendig’s Empire’s End, which shows a familiar downed AT-AT and implies that the end of his trilogy will bring us up to the beginning of The Force Awakens and fill in some holes about what really went down on Jakku. Another announcement from the publishing panel is that Katie Cook will follow up her absolutely adorable ABC-3PO alphabet book with the counting/numbers book Obi-123. Just so cute, and the excitement for this title was palpable. Cook had the longest line in all of Artists Alley every day of the show (by a wide margin), which was gratifying to see, but I’m not sure how fans are going to find the patience to wait for the new book.

The Art of Rogue One
The cover of The Art of Rogue One was the final reveal of the panel and more than made up for it. With cover art by the amazing Doug Chiang, it’s absolutely breathtaking and should be on every fan’s wishlist. 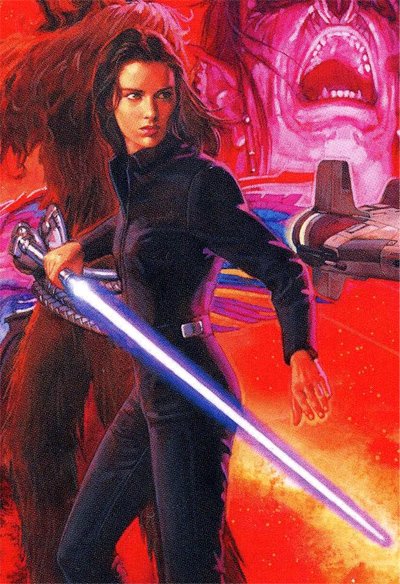 Jaina Solo and the Black Series

Also on Friday was the Hasbro Star Wars panel, which brought a bevy of exciting announcements and tantalizing images. On top of a number of incredible new Black Series figures (including Hera, Lando, Qui-Gon, an Imperial Guard, and others), the panel also revealed the winner of the 2016 fan vote for the next Black Series 6-inch figure: Jaina Solo! The final tally and decision were made minutes before the panel, so there obviously wasn’t any concept artwork to share, but it's exciting to see another Legends character joining the line! 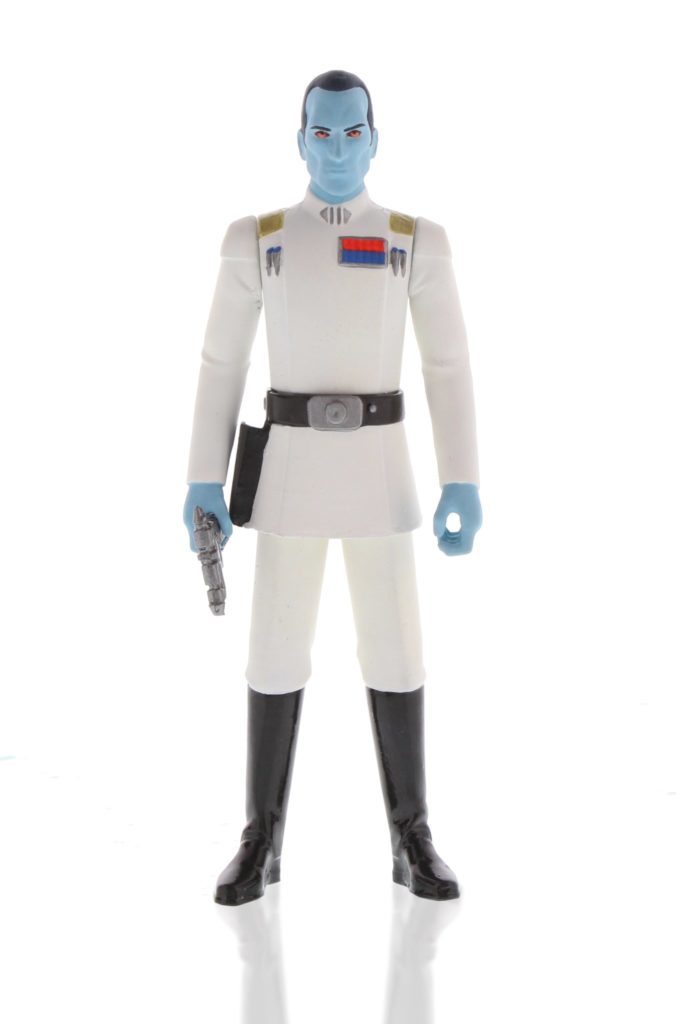 Perhaps the most well-received announcement of the Hasbro panel was the news that we’ll soon be able to buy a 3.75-inch figure of Grand Admiral Thrawn (in his Star Wars Rebels likeness). The room erupted in cheers when this image was shown.

Star Wars had a massive presence on the exhibit hall floor, and the centerpiece of the booth was a collection of costumes from Rogue One: A Star Wars Story, including a few we haven’t yet glimpsed in the trailers. Edrio Two Tubes was the most intriguing (since it’s the first time we’ve seen the character), but it was just one of nine gorgeous costumes on display. 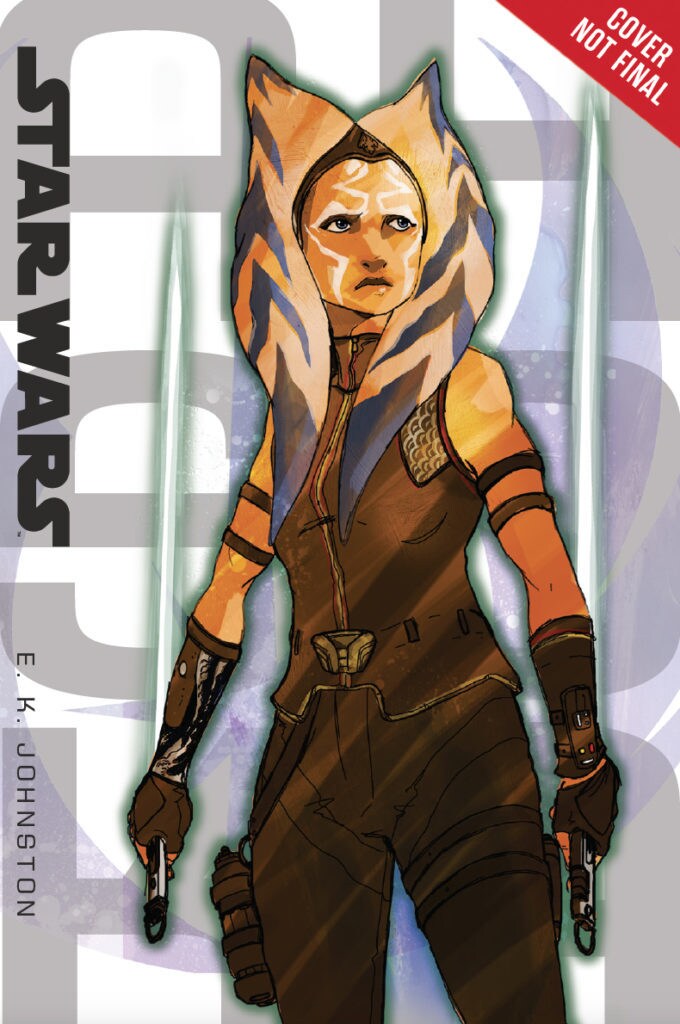 For many fans, this was the “exclusive” to get at the show. The book may not come out until October 11, but a few advance proofs of E.K. Johnston’s Ahsoka novel popped up in the Del Rey booth, and alert fans who knew the secret phrase were able to grab a copy -- and everyone else was left with burning jealousy.

Comic-Con is no stranger to elaborate proposals, and 2016 was no different. This year, though, two fans took it to another level. During Saturday night’s Masquerade, Kylo Ren and Rey (Robert Monroe and Aly Ayers) were in the middle of their battle routine when Kylo unexpectedly fell to one knee and proposed on stage in front of an audience of almost 5,000. She said yes. The place erupted in screams and cheering. And they won a lifetime together. Beautiful.

But that wasn't the only Star Wars proposal! An X-wing pilot also popped the question to a Rey, and she also said yes. Destiny fulfilled.

Cosplay is an integral part of any comic-con experience, and San Diego is certainly no exception. This year, fans of all ages were out in force (see what I did there?) to celebrate their love of the characters -- from the films to the animation to the books.

Thursday night saw the third annual Her Universe Fashion Show, and although the 27 couture dresses on the runway were each phenomenal in their own right (including three inspired by The Force Awakens), it was Ashley Eckstein’s dress that stole the show. Designed by Nathan Sawaya and Andrew MacLaine, her Ahsoka-inspired dress was made with more than 10,000 LEGO bricks and weighed an impressive 25 pounds. Despite that, it looked remarkably flexible, though you’d have to ask Ashley to know for sure. 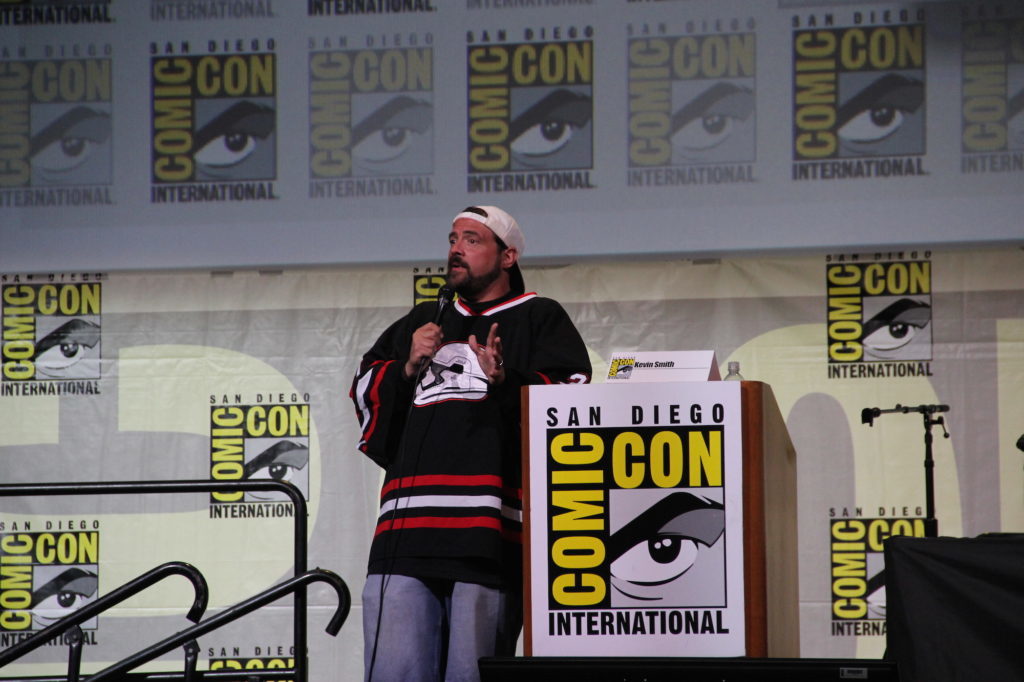 If you recall last year’s impressive Hall H panel for The Force Awakens, you probably also remember that J.J. Abrams invited the entire hall (all 6,000 fans in attendance) across the street to Petco Park for an exclusive concert of John Williams Star Wars music. This led to a mass exodus and an unprecedented clearing of Hall H…right before Kevin Smith (a notorious Star Wars superfan) was set to take the stage. During his Hall H panel this year, Kevin related the story of that evening and the lessons he learned as a result, but -- in typical style -- his story began 22 years ago and took over an hour to tell. In that time, he talked about his interactions with J.J. Abrams over the years, his visit to The Force Awakens set, the emotions that ran through him as he walked aboard the Millennium Falcon, and how “the worst night of his life” led to his being in The Force Awakens and seeing his name in the blue end credits. And of course, this was all told through the patented Kevin Smith lens.