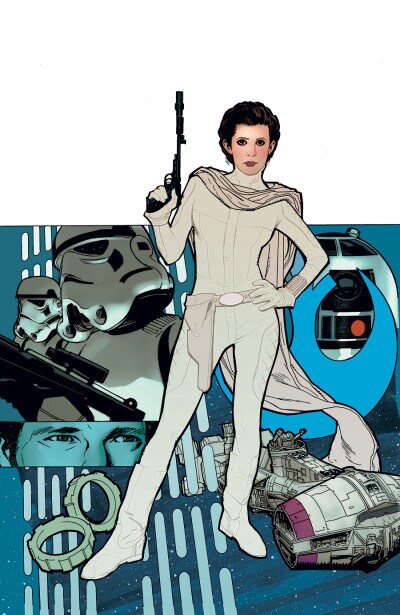 I confess that I’m quite fond of the literary convention of seeing well-known characters through a different set of eyes. The landmark comic series Marvels by Kurt Busiek and Alex Ross is certainly a benchmark of this genre; this convention was also played with now and then on The X-Files. So it’s fun for me to see Star Wars get this treatment in the comic book mini-series currently being released by Dark Horse, titled Rebel Heist.

Writer Matt Kindt (Mind MGMT, Revolver) has said in interviews that he felt the only way he could approach such iconic characters as Han Solo, Luke Skywalker, Princess Leia, and Chewbacca, was to portray them as seen through the eyes of others, thus maintaining his personal vision of the characters as larger than life. He executes the idea very well, especially with wonderful art by Marco Castiello, Dan Parsons, and Gabe Eltaeb accompanying his words. What compounds the uncertainty our newcomer protagonists feel upon meeting our heroes is the fact that Luke, Han, Leia, and Chewie are each fulfilling just one part of a grand master plan, the details of which are known only to them.

And so Han Solo, as seen through the eyes of a young Rebel recruit, is a reckless, self-absorbed daredevil who thinks nothing of putting others in danger. To an experienced Rebel spy, Leia Organa must be nothing more than a rich girl who doesn’t get her hands dirty. An Imperial stormtrooper sees Chewbacca as simply a savage brute. And an Imperial spy detects something fishy about Luke Skywalker. And they are all wrong, but also right…from a certain point of view. The resulting story is quintessentially Star Wars. 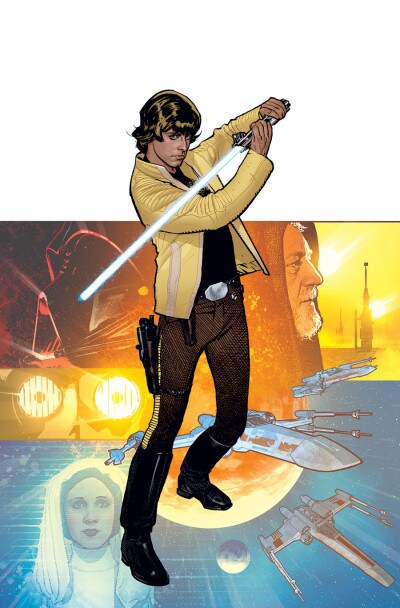 What I love about this series is the way it brings a fresh perspective to our familiar heroes, while remaining true to who they are. (Be honest -- would you really want to spend one of your first missions as a Rebel at the mercy of the whims of Han Solo?) I also love the idea of our heroes being parts of a puzzle that fit together perfectly, and this story emphasizes the teamwork and friendship that make them a force to be reckoned with. Seeing it through the eyes of outsiders just makes it all the more fun. Having information that our point of view characters don’t will make you smile as you wait for them to understand what our heroes are really all about.

So consider picking up this series and taking a look at our heroes from a certain point of view. It never hurts to take on a fresh perspective.