Listen in at a panel celebrating women writing the next generation of Star Wars stories.

There are moments in Star Wars that speak to us. For author Delilah S. Dawson, it was being able to see herself in the galaxy for the first time when Leia fell off the speeder bike and befriended the Ewoks on Endor.

“Right now, the one I love is Rey leaning up against her rusty AT-AT wearing that helmet and looking up at the sky," added Katie Cook."It speaks of dreams and it speaks of hope for something else." The two creators were among five panelists at the Celebration of Female Writers at New York Comic Con this weekend, rounded out by Mur Lafferty, Amy Ratcliffe, and Justina Ireland and moderated by Lucasfilm Publishing's Mary Ann Zissimos. During an hour of laughs and serious observations, the creators discussed everything from their writing processes to whether they’d be a part of the light side or the dark side.

Here are some of our favorite highlights from the hour:

1. When in doubt, change the point of view. When Lafferty sat down to write the Solo novelization, she had both the film’s script and the middle-grade novelization available to read. That posed its own problem. “I felt like I was bordering on plagiarism because how do I write this scene in a completely new way?” Lafferty said. “Point of view was everything.” Changing point of view also gave her the opportunity to make peace with L3’s decision to merge with the Falcon, penning the transition partially from L3's perspective.

Ireland added that writing a scene from a different character’s point of view, even for a scene of her own creation, “opened up a whole new world.” In Lando’s Luck, she wrote a space battle from a child’s point of view as opposed to Lando’s, because it would be a new experience for a child and offer different insights, she said. 2. There’s no flying by the seat of your pants for writing Star Wars. When it comes to writing in the galaxy far, far away, it doesn’t matter what an author’s usual method for writing is: you have to outline. It’s just part of writing in someone else’s universe, Lafferty said. “No one trusts you that much. No one.”

It can also help avoid overlap. Ireland said her first synopsis for Lando’s Luck turned out to be too close to the plot of another new Lando-related story. "They were like… 'yeah that’s the Solo movie. You can’t do that,'” Ireland said with a laugh.

3. Music moves the world. Dawson wrote Phasma sitting at her kitchen island, with a Star Wars film on mute and blaring the soundtrack from Mad Max: Fury Road. Coincidentally, Lafferty had the Mad Max soundtrack in her own music rotation mixed in with Star Wars (of course) and sometimes The Matrix. “[The music’s] got to be exciting,” Lafferty said. Meanwhile, Ireland took a different musical approach and listened primarily to funk music from the 1970s on her vinyl record player. “If I’m going to write the coolest man in the galaxy, I have to listen to the coolest music,” she said. 4. Role-playing games can be a great entry point for telling Star Wars stories. Star Wars role-playing games taught Dawson a lesson about how characters have to make choices, she said. In fact, Phasma is dedicated to her husband for helping her by killing her first character in an RPG. “He killed me with a bunch of Noghri in a Jedi library,” she said.

Games are also important to Ratcliffe. “I play a diplomatic agitator,” she said. “It’s how I get to live out my Rebellion dreams.” 5. The galaxy is a big place. Ratcliffe noted that while working on Women of the Galaxy, it was important to highlight characters from the books and comics in addition to the films and television shows, to showcase women archaeologists, wine experts on Canto Bight, and bounty hunters alongside the more prominent villains and heroes in the galaxy.

That's true for every new Star Wars story. “I just wanted to show the galaxy is a really big place,” Ireland said. “Kids get really focused on certain things. They don’t necessarily realize how big the world is and so I wanted to show kids who might just be coming into the Star Wars galaxy that it is bigger than Luke and Leia. There’s a whole galaxy out there for them to explore.” 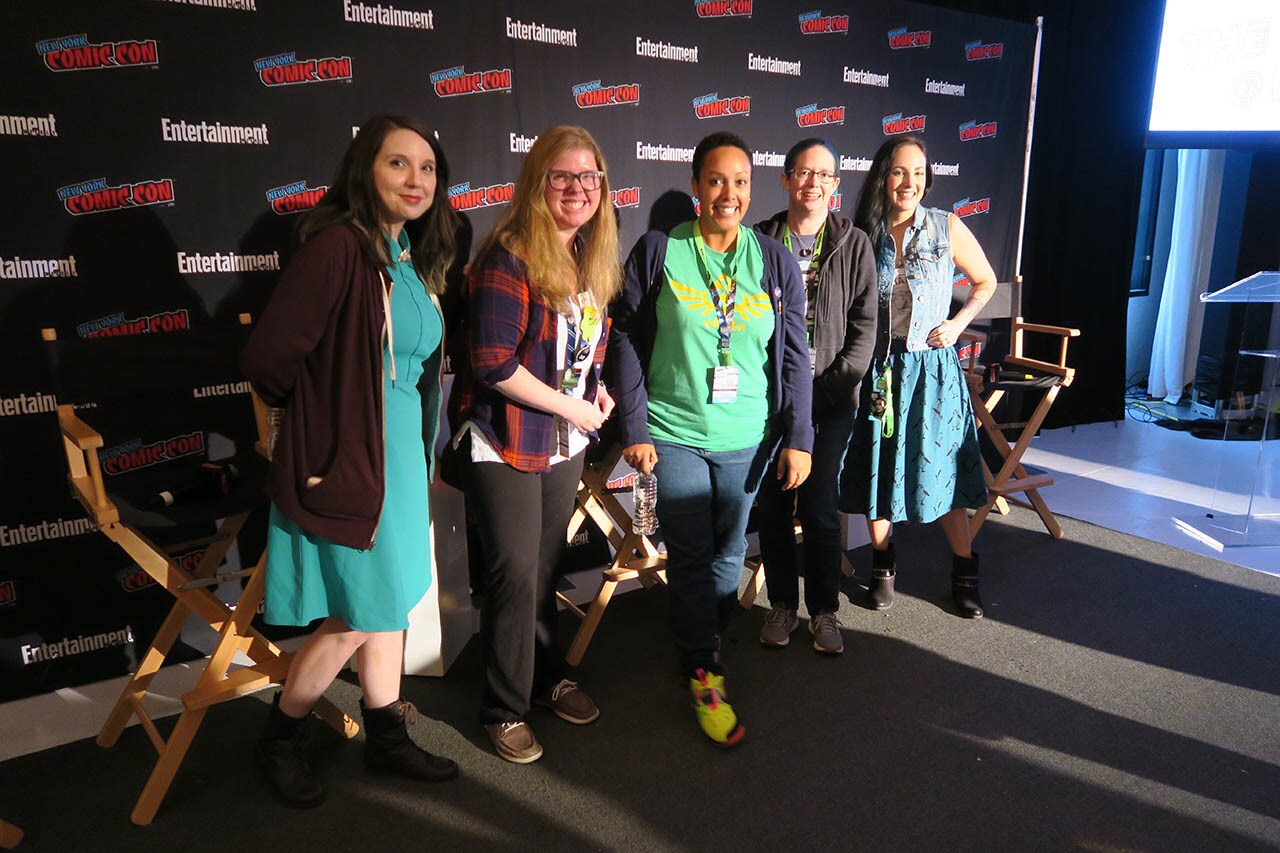