Much to Learn You Still Have: 8 Things You Might Not Know About Wookiees

They're much more than walking carpets with bad tempers.

There aren't many sounds more iconically Star Wars than the howling call of the Wookiee. Ever since our favorite walking carpet showed up in that shady cantina, we’ve been seeing these lumbering, hairy beasts all over the Star Wars galaxy. But how much do we really know about Chewie’s crew? Let’s take a look at some fun facts about the natives of Kashyyyk. 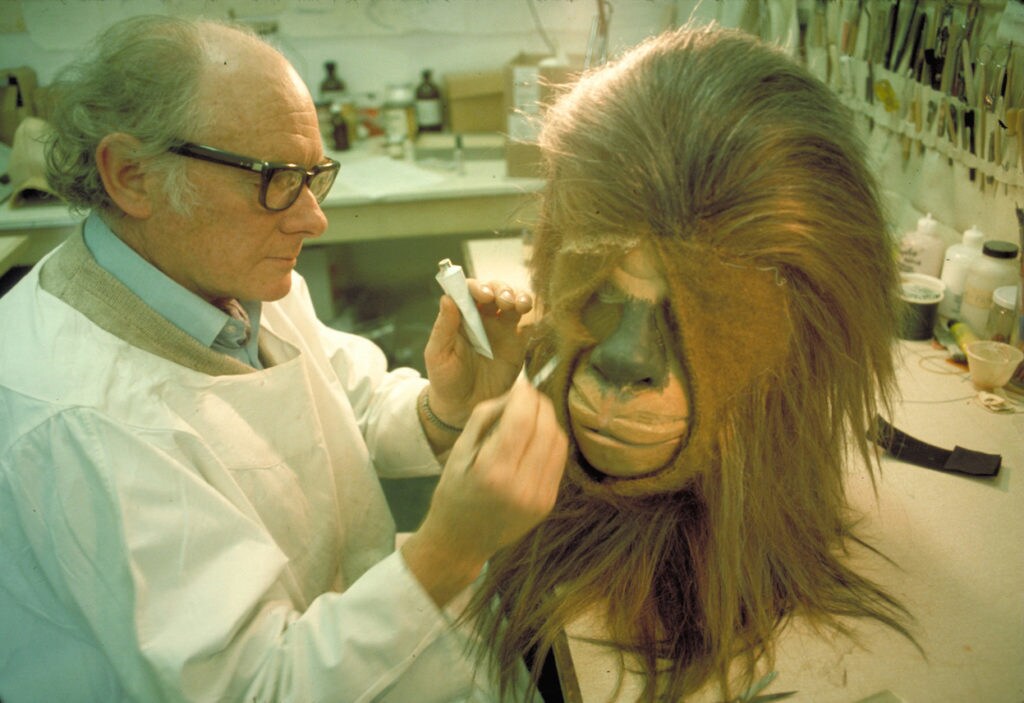 1. They were influenced by multiple animals.

When you take a good look at a Wookiee, you may at first think they resemble a dog, though you could also say they resemble a cat, lemur, or ape-man and you’d still technically be right. George Lucas originally came up with the concept of Chewbacca as Han’s co-pilot after people mistook his own Alaskan Malamute canine, Indiana, as a human while riding beside him in his car. When it came time for Ralph McQuarrie to produce some Chewie concept art, Lucas gave him a picture of a lemur as reference. Stuart Freeborn, make-up artist responsible for transforming Peter Mayhew, was given a different reference point, and was instructed to make a creature that was a mix of a dog and a cat. Freeborn had just finished up his work on 2001: A Space Odyssey making monkey-man creatures, and the influence was certainly noticeable. In the end, Chewbacca became a mix of a dog, cat, lemur, and monkey but the animal influence didn’t stop there. Ben Burtt was given the task of creating a voice for Chewie as his very first job for the film. He mixed the calls of bears, walruses, lions, badgers, and other types of sick animals to make the iconic Wookiee roar. The most heavily used sound came from a bear named Pooh! 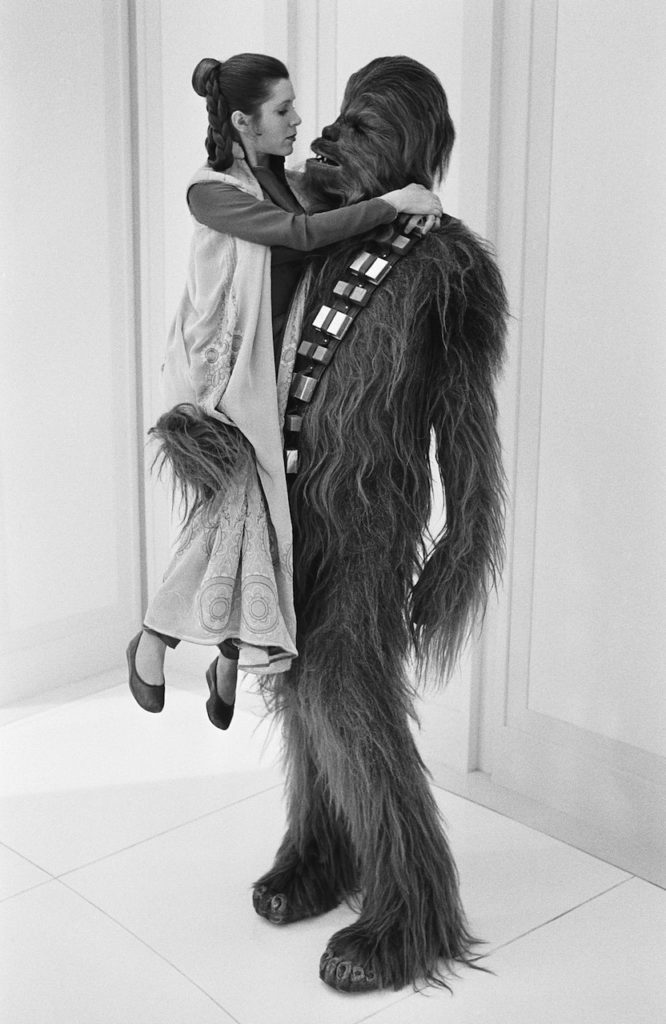 We all know Chewie loved Han. I’ll never forget the heartbreaking cry he let out when his buddy was taken from him in The Force Awakens (and the tears I choked back myself!), but this isn’t just a characteristic of our favorite fuzzball. Most Wookiees put honor and friendship above all other virtues in their culture. If I woke up tomorrow in a wroshyr tree on Kashyyyk, I’d start making friendly with the gentle giants pronto. When you have a Wookiee on your side, you can take on anything. Getting chummy with Chewie will always give you some extra muscle, but how exactly will you know when you’ve been accepted by a Wookiee? When they start digging through your hair like they’ve got a treasure map, of course. In Lost Stars, Thane Kyrell’s Wookiee captain Lohgarra made a habit of grooming the hair of her human co-pilot to show that she cared about him.

They’re also great huggers, but who can forget that?

3. They have three different languages.

You may think the Wookiee language can’t be too complicated. A howl here, a gruff there. But the reality is there are actually three different languages spoken by the species, all consisting of the same growly howling format. Chewbacca speaks a dialect called Shyriiwook, while other Wookiees may speak either Thykarann or Xaczik. Shyriiwook is the most common to understand, however, as both Han Solo and Rey can decipher Chewie’s grunts. The most impressive dabbler in Shyriiwook has to be the Resistance physician Dr. Kalonia, who can actually understand and speak the language. Remember her? That nice lady who helped Chewie bandage his arm and assured him how brave he was?

Fun fact: Wookiees have 150 words for “wood” but no word for “artist.” They see their amazing carving abilities as a survival skill, not a talent.

I really loved “The Gathering” in The Clone Wars where we got to see how Padawan come to get their kyber crystals and eventually construct their lightsabers. I also really, really loved Gungi, the cute little Wookiee Padawan who tried his darnedest to find his crystal, and had to learn to be more patient. Gungi was a rarity, as Wookiees don’t normally find their place in the Jedi Order too often -- but when they do, they make a sweet lightsaber. Gungi made his from the bark of a brylark tree, a material that is actually just as strong as metal.

5. They get a lot of use out of their trees.

In addition to Gungi's lightsaber, Wookiees make a lot of their tools and vehicles from the abundance of wood on their home planet. Kashyyyk's city of Kachirho actually spirals around the trunk of a wroshyr tree that is just shy of 1,000 feet high! Wookiees are great at mixing natural materials with off-world technology. A perfect example is the Wookiee catamaran, fusing water-resistant wood with powerful jet engines. Some of the gunners even use sap from the trees to hold the vehicle together. A ship built by sap may not sound sturdy, but Wookiee ships like the catamaran have been known to last for a millennium. The famous curio box holding Luke Skywalker's lightsaber in Maz Kanata's castle was also made from the wood of a wroshyr tree.

Fun fact #2: The Kashyyyk clarion, a horn made from bronzium and adorned with cerulean gemstones, can sound a call that can be heard for 12 miles.

In the one-hour series premiere of Star Wars Rebels, we got to see our shaggy friends in a starring but rather sad role. The rebels set out to save a group of Wookiees from the spice mines of Kessel, and while they were successful, there's another cool bit of information that came from this episode. The Auzituck anti-slaver gunships seen in "Spark of Rebellion" got their name from one of the first drafts of Star Wars written in May of 1973. Who's Auzituck? As described in the original draft, he was Chewbacca's father -- an eight foot tall, feeble but regally dressed Wookiee chief of the Kaapauku tribe.

7. Good relations with the Wookiees, Yoda has. Trandoshans...not so much.

If you ever really want to upset a Wookiee and you don't have a holochess board nearby, just bring up their lizard-like enemies the Trandoshans. These two species have been going at it for centuries, and it's hard to escape each other when their planets are both located in the same system. One of their most notable conflicts occurred during the Clone Wars when Chewbacca and the Padawan Ahsoka Tano were captured by the Trandoshans. They were eventually rescued and an all out brawl occurred with some Trandoshans and the Wookiee leader Tarrful. The scaly troublemakers also made an alliance with Count Dooku, and almost caused the slavery of hundreds of Wookiees -- if not for Yoda. The Jedi Master is now considered a member the Wookiee extended honor family. Good relations he has indeed! 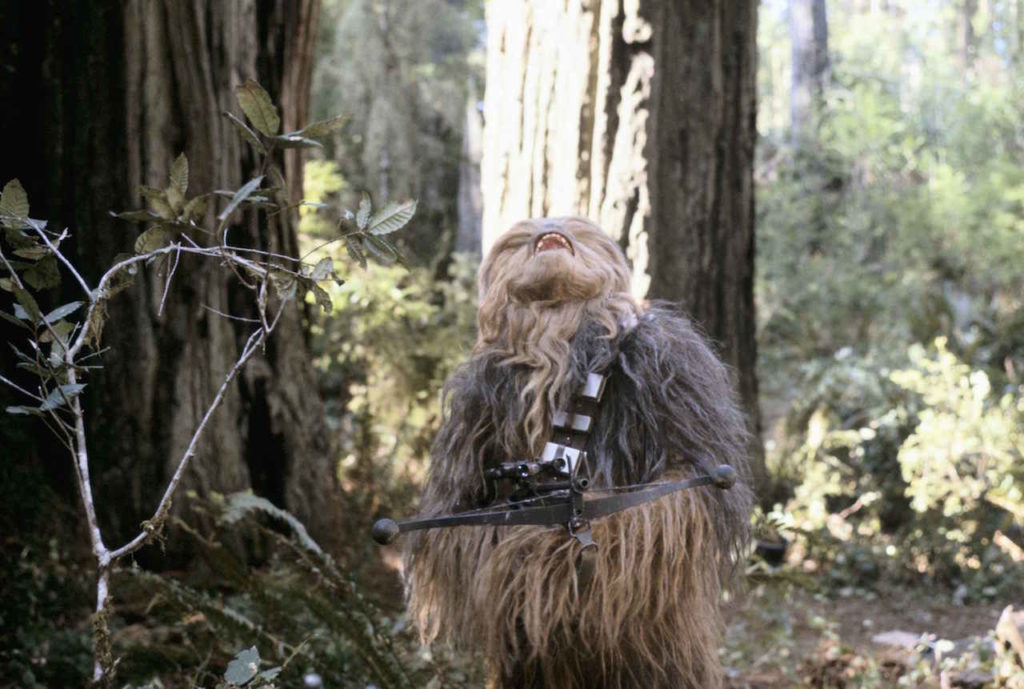 8. There could have been a lot more Wookiees at the Endor celebration.

Speaking of those original screenplay drafts, in the early versions of Return of the Jedi, Kashyyyk was intended to have a pretty big spotlight. The second Death Star was to be built in orbit around the Wookiee planet, and the construction was to be completed by Wookiee laborers. It wasn’t long, however, until Lucas decided to switch the super weapon’s location to the forest moon of Endor and the Wookiees were shrunk down into pint-sized Ewoks.

How did I do? Are there more things to know about the beloved Wookiee? Tell us all about it in the comments below!

Dana Jennings is Lucasfilm’s senior content coordinator for StarWars.com. You may remember her from such polls and quizzes as, “Who Wore it Best?” and “Which Star Wars Character Should You Invite for the Holidays?” When not acting as chairman of the Nien Nunb Appreciation Society, she can be found working hard to make sure StarWars.com stays fully operational or dressing up as Crocker the cantina alien. Follow her on Instagram and Twitter for all these things and more!

wookiee wookiees Much to Learn You Still Have Lists