An Upgrade -- and New Tensions -- in Marvel’s Star Wars: The Mandalorian #3 - Exclusive Preview

Not everyone appreciates Mando’s business with the Imperial Remnant.

The Client was right. Bounty hunting is a complicated profession.

Marvel’s Star Wars: The Mandalorian is an adaptation of the hit Disney+ series, with each issue representing the story of one episode. In StarWars.com’s exclusive first look at The Mandalorian #3, a retelling of “Chapter 3: The Sin,” the titular bounty hunter has returned to his underground covert. Following the delivery of a mysterious young being to the Imperial Remnant, his pay comes in the form of beskar credits -- claimed during the Empire’s purge of Mandalore. He presents the precious metal to the Armorer, but also gains the ire of some in his clan…

The Mandalorian #3, written by Rodney Barnes and illustrated by Georges Jeanty, with a cover by David Baldeón and Israel Silva, arrives September 21 and is available for pre-order now on ComiXology and at your local comic shop. 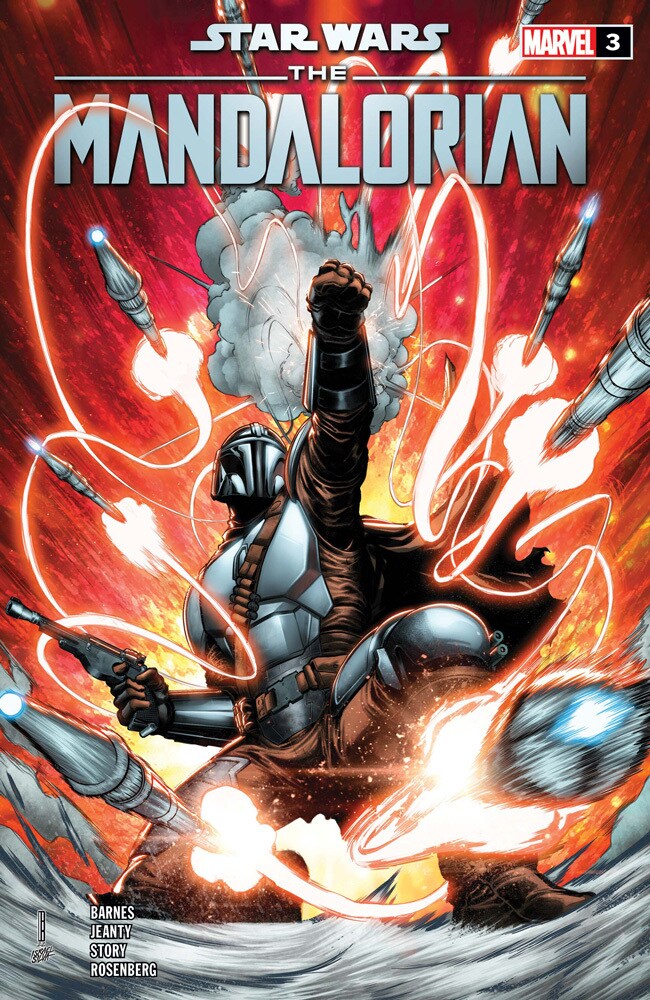 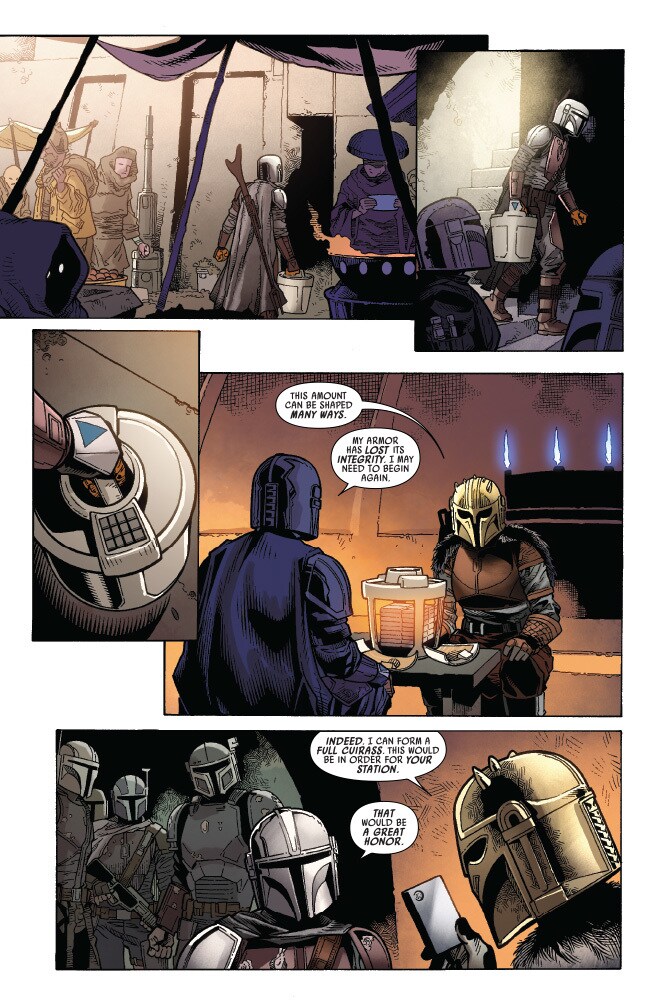 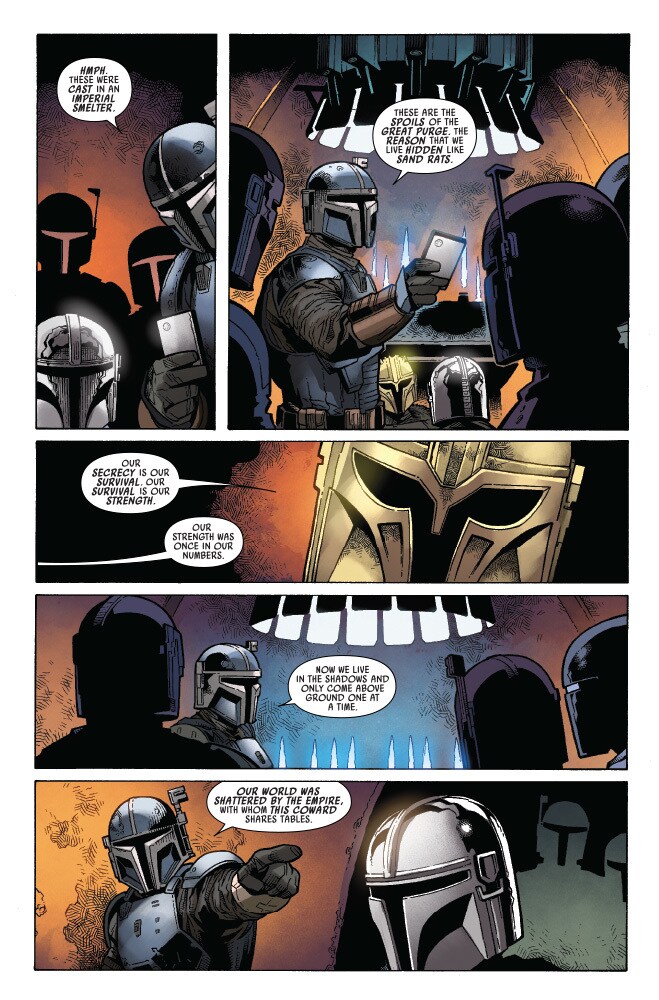 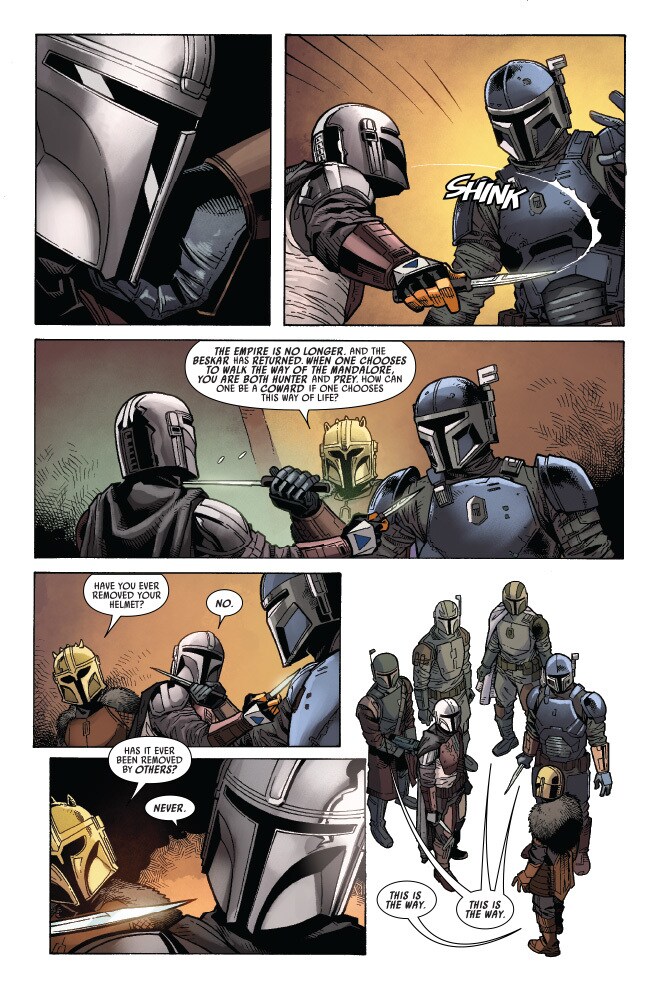 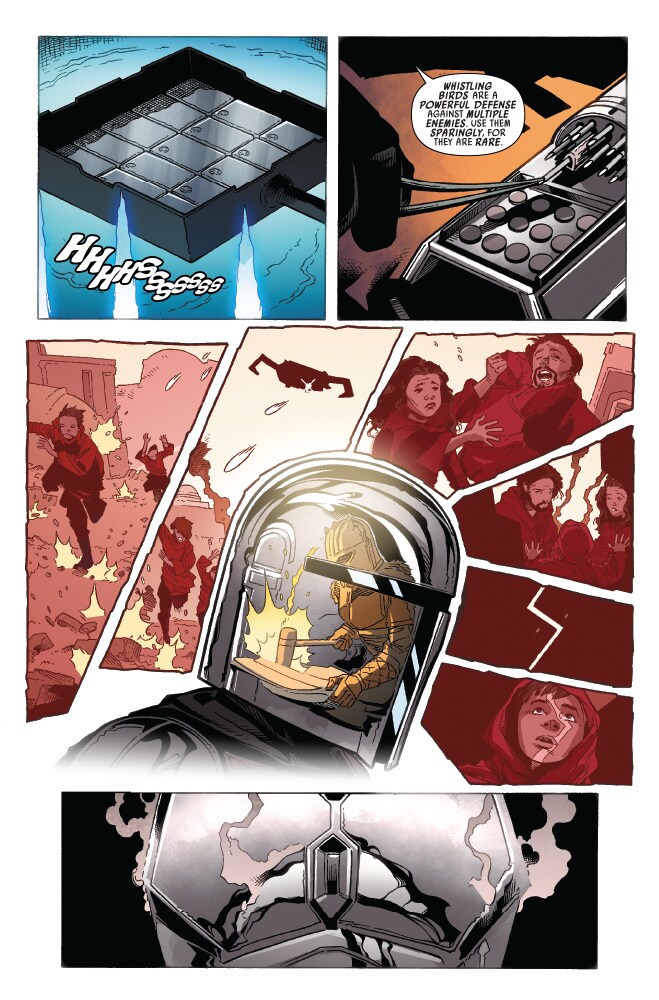