Rey and Rose Chase a Saboteur in Journey to Star Wars: The Rise of Skywalker -- Allegiance #4 - Exclusive

Read a preview of the thrilling conclusion to the series, plus get a glimpse at Marvel’s Doctor Aphra Annual #3!

In Journey to Star Wars: The Rise of Skywalker -- Allegiance #4, the latest and final installment in the new Marvel Star Wars miniseries written by Ethan Sacks and with art by Luke Ross, it’s up to Rey and Rose Tico to track down the Quarren responsible for the blast that could have killed General Leia Organa and Aftab Ackbar!

Then, in the Star Wars: Doctor Aphra Annual #3, the sly archaeologist does something entirely out of character: she offers her help to pay back a favor. In “The Arrangement,” Aphra sends a message to Winloss and Nokk, seated at a very familiar Tatooine watering hole, the Mos Eisley cantina. Check out StarWars.com’s exclusive preview of both issues, available October 30, below!

Journey to Star Wars: The Rise of Skywalker -- Allegiance #4 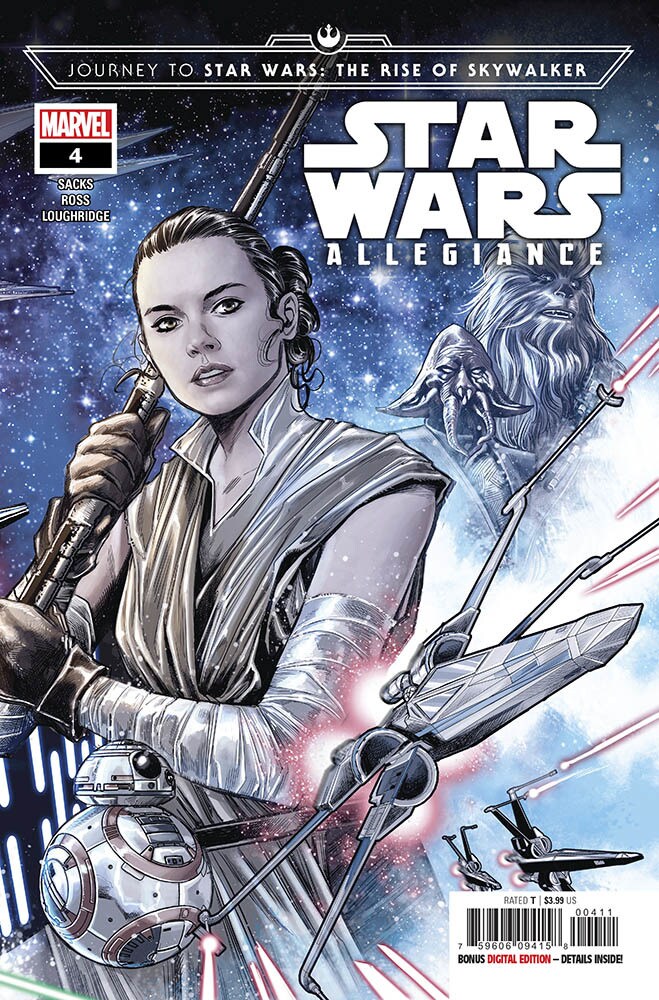 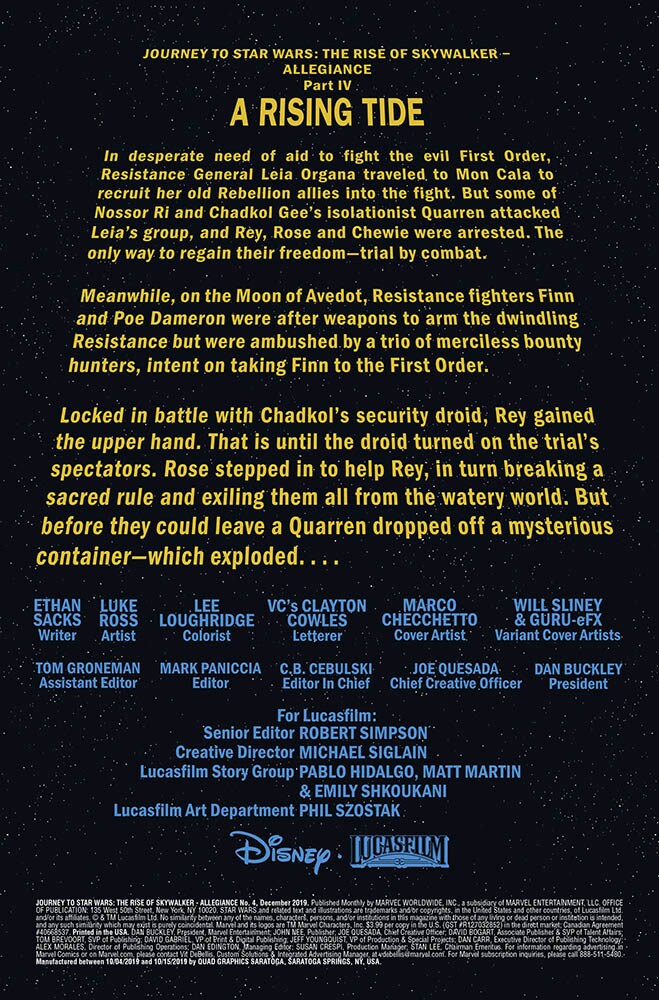 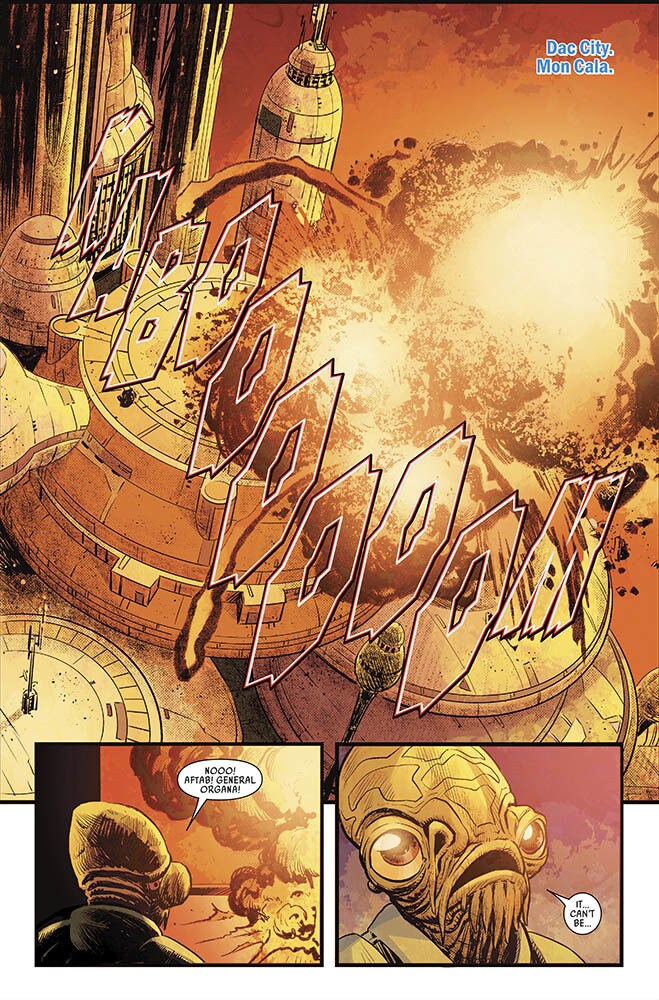 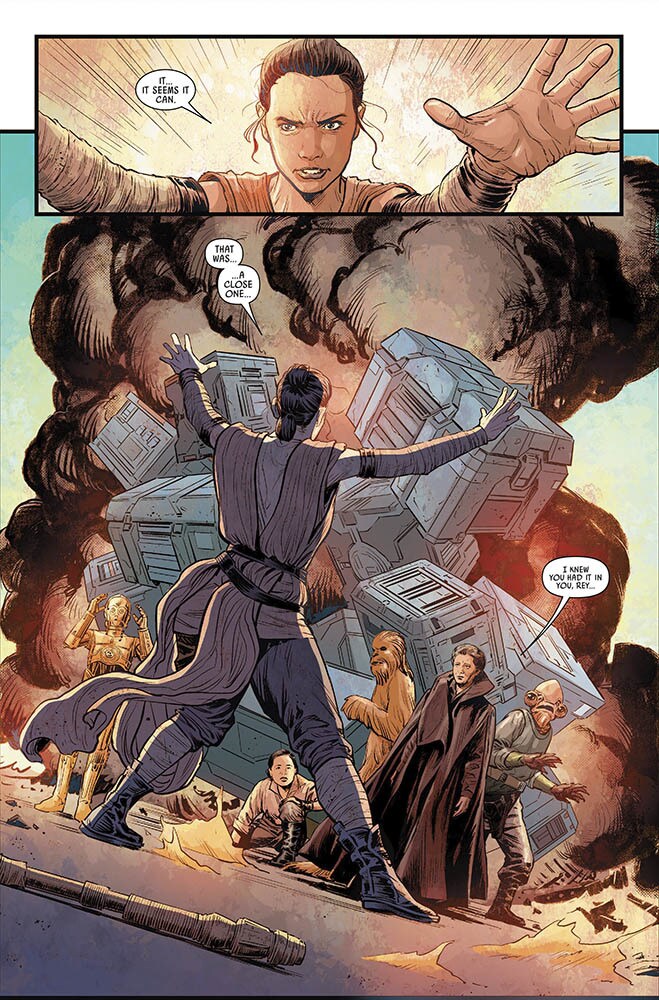 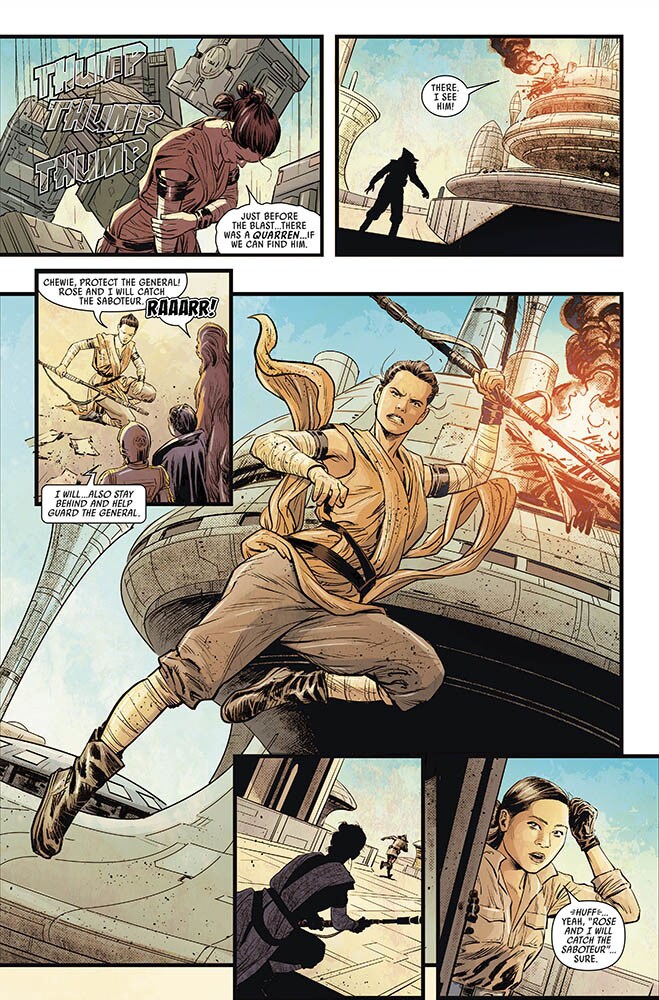 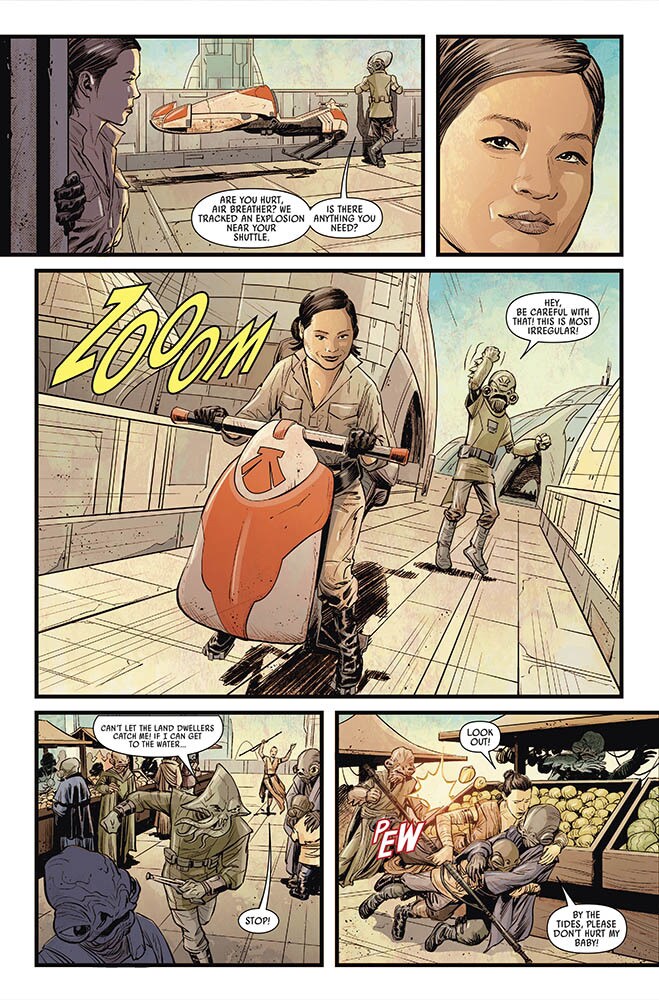 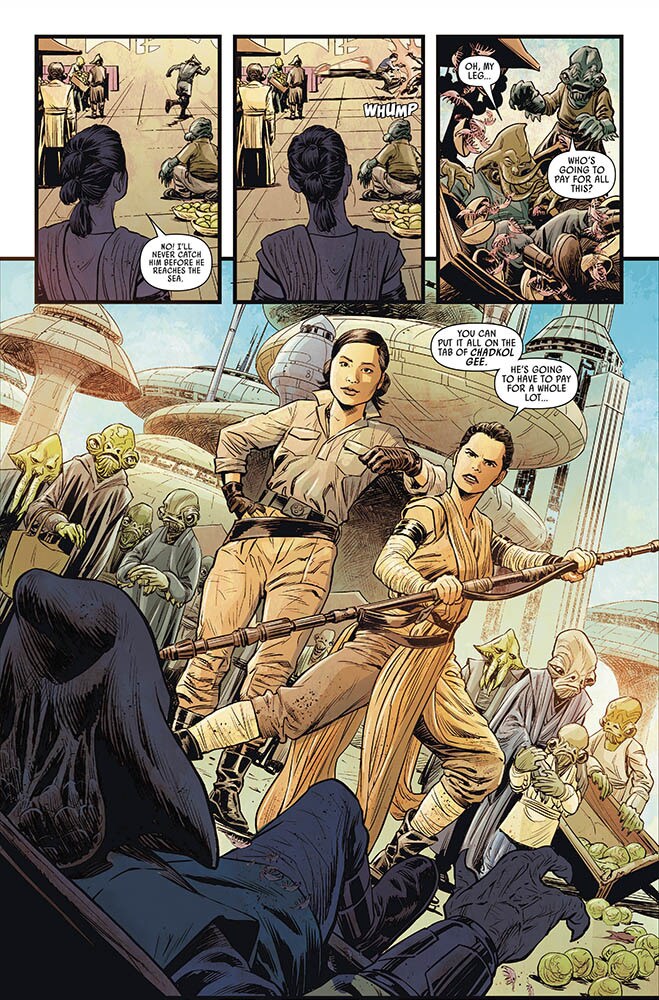 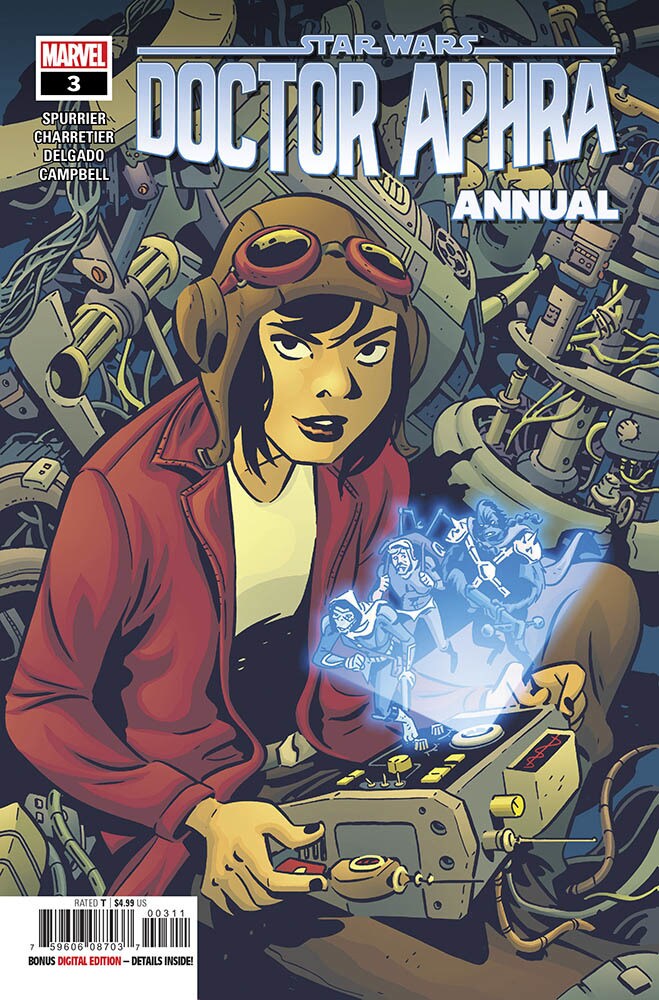 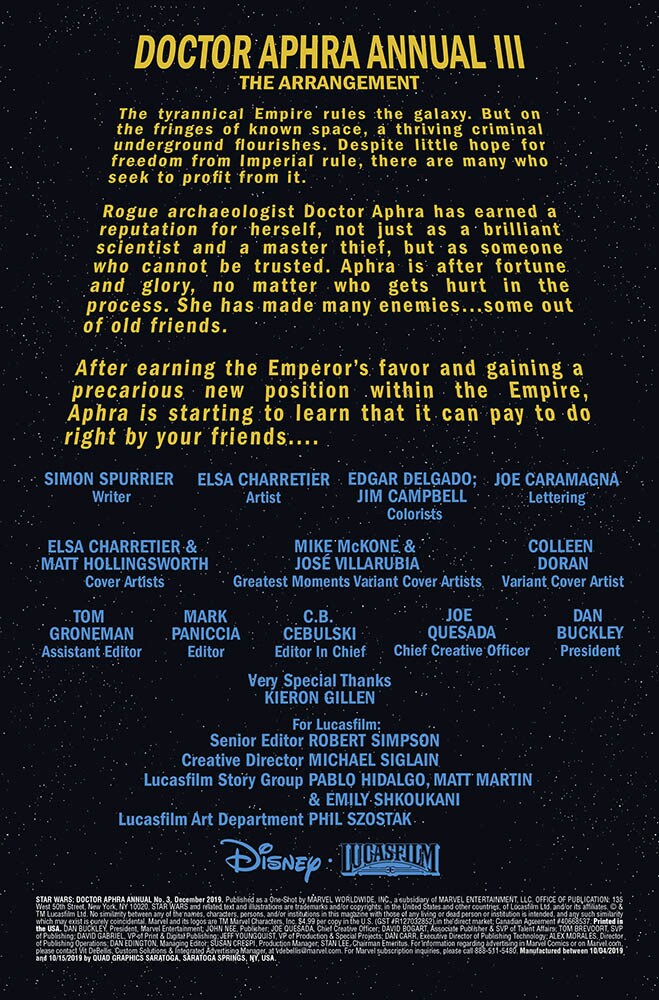 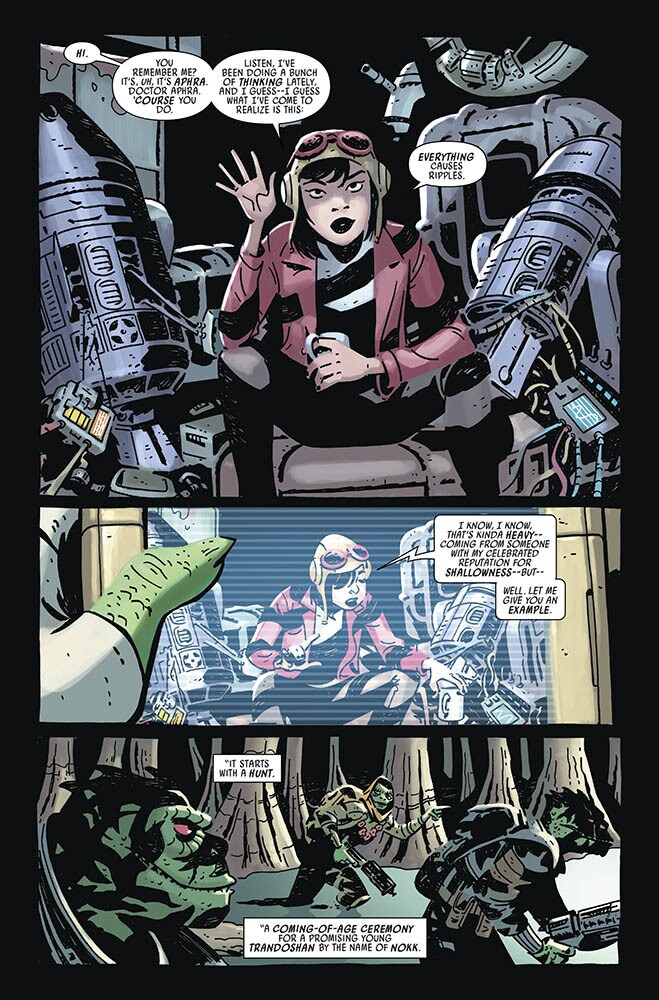 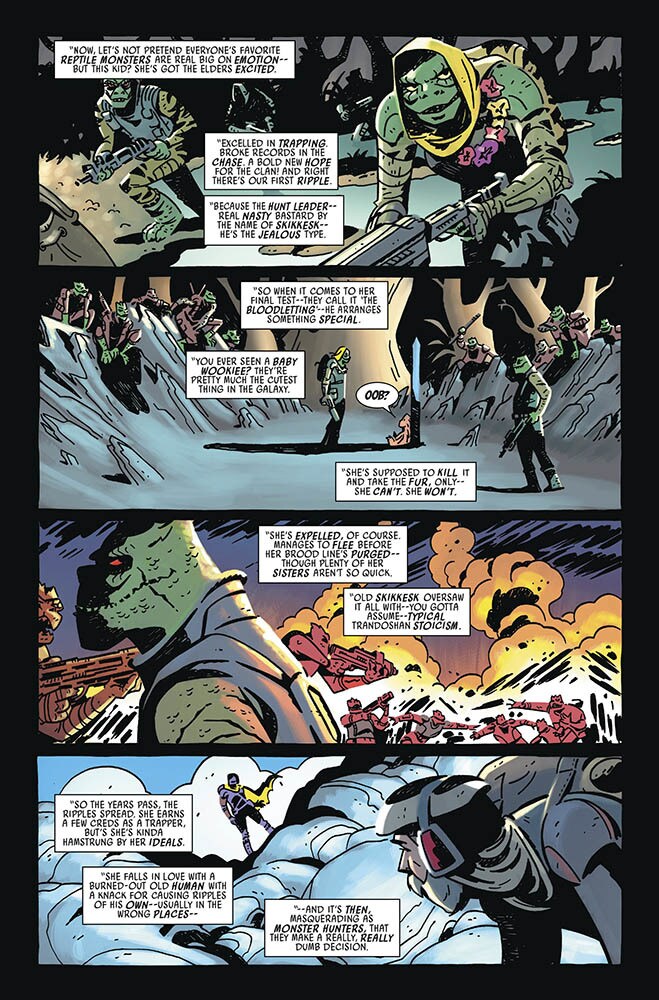 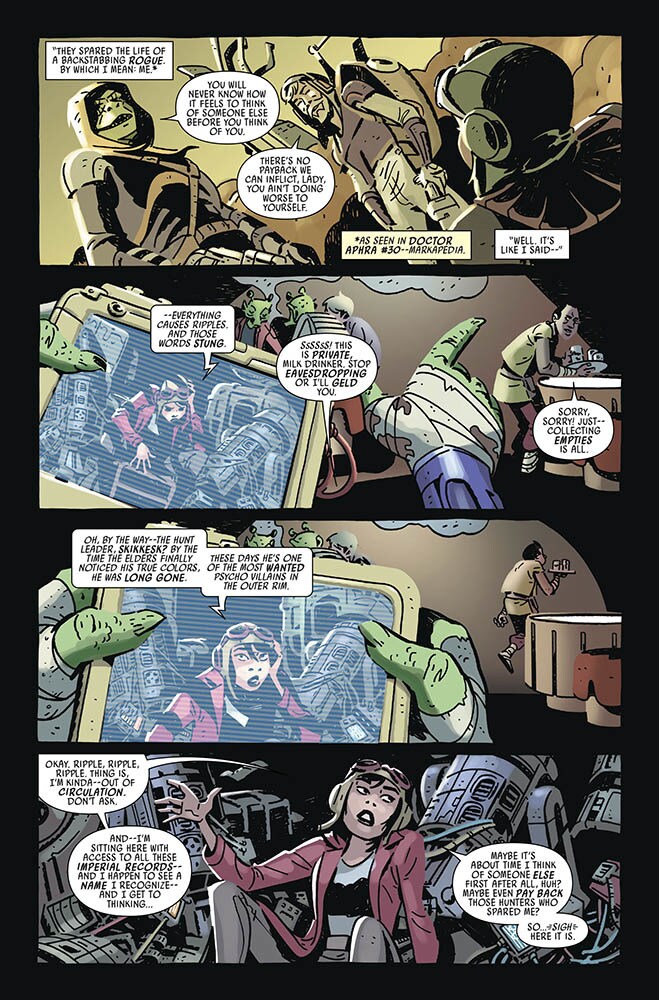 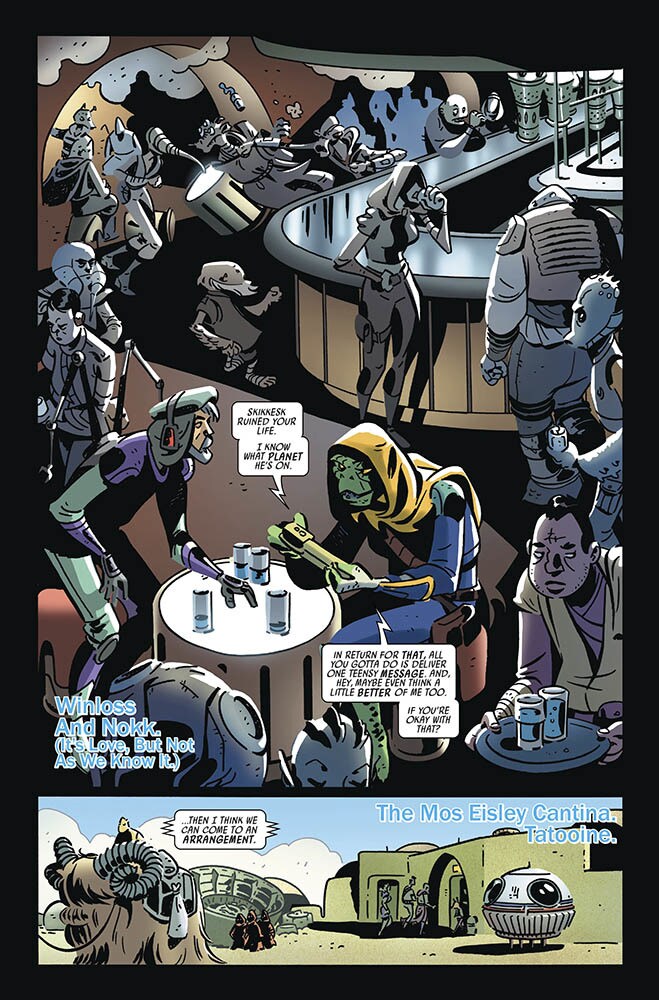 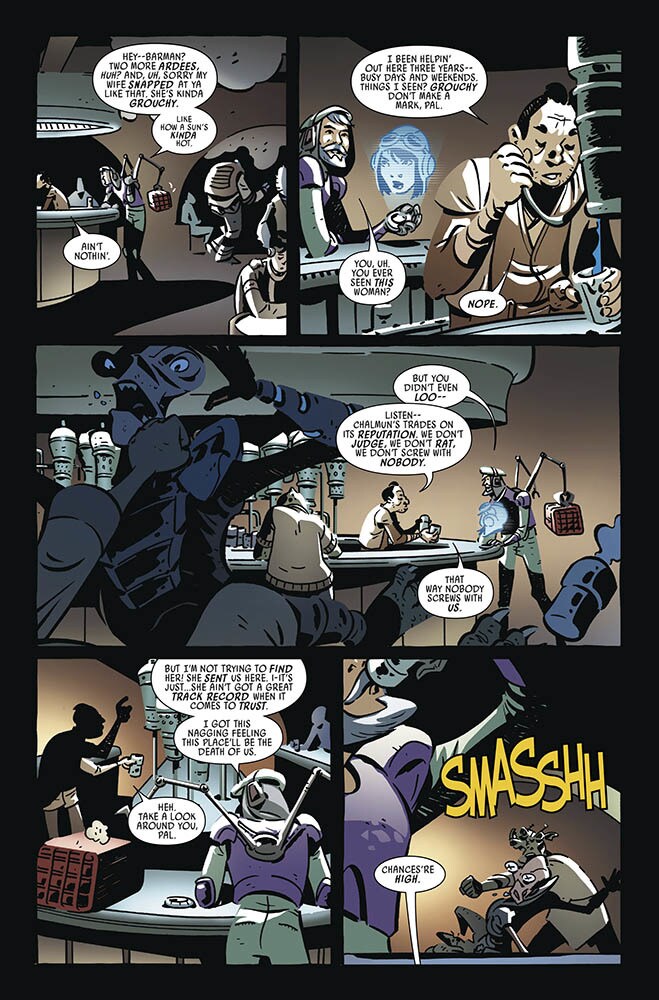 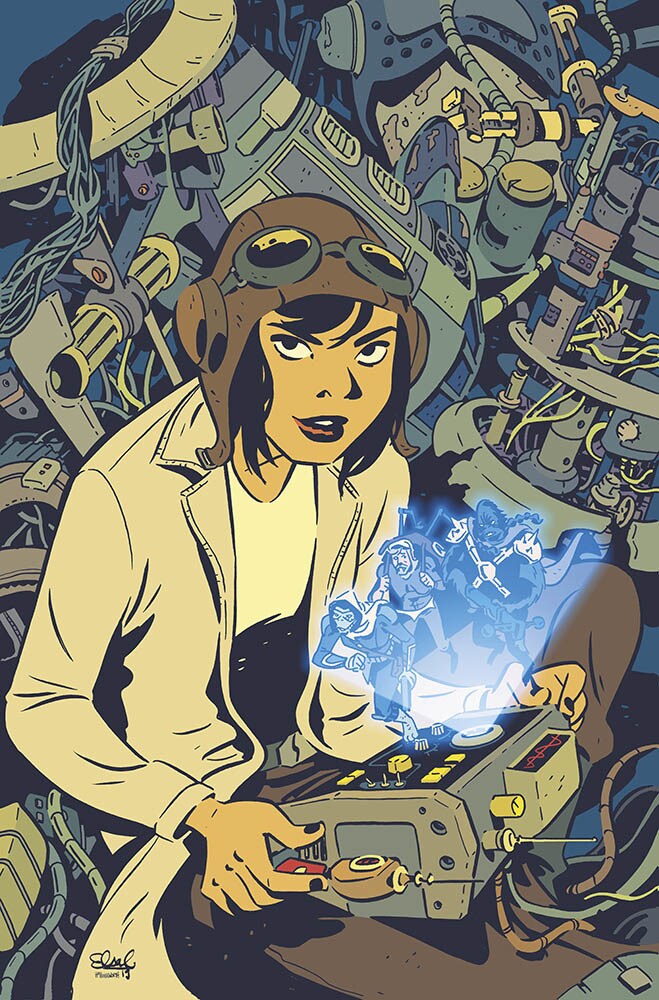