Inside Star Wars: The High Republic: Meet the Ships and Vehicles

In an exclusive series, StarWars.com is pulling back the curtain on Star Wars: The High Republic, a publishing epic set centuries prior to the events of Star Wars: The Phantom Menace, with insights from creators, new details, and never-before-seen concept art. Arriving January 2021, the story will be explored through multiple voices and span adult and young adult novels, children’s books, and comics from a variety of publishers. In this installment, StarWars.com gets a first look at some of the starring villains.

With each new Star Wars era comes a fresh style of ship design and architecture. Star Wars: The High Republic will be no different.

Set centuries prior to the events of Star Wars: The Phantom Menace, The High Republic offered creators the rare opportunity to world build in the fashion of the Star Wars films. This meant looking at what already exists in Star Wars, and figuring out what would come before. “We all found a lot of inspiration in how the prequels opened up a more refined era of the galaxy, but by virtue of those films' proximity to the originals, it had to start showing early signs of corruption. By moving further in time, away from that downfall, we're able to see the Republic at its height in this storytelling,” says Pablo Hidalgo of the Lucasfilm Story Group. “In the Core Worlds especially, that's reflected in fashion and technology. A lot of the visual exploration in the High Republic is taking what we know, but idealizing it.” 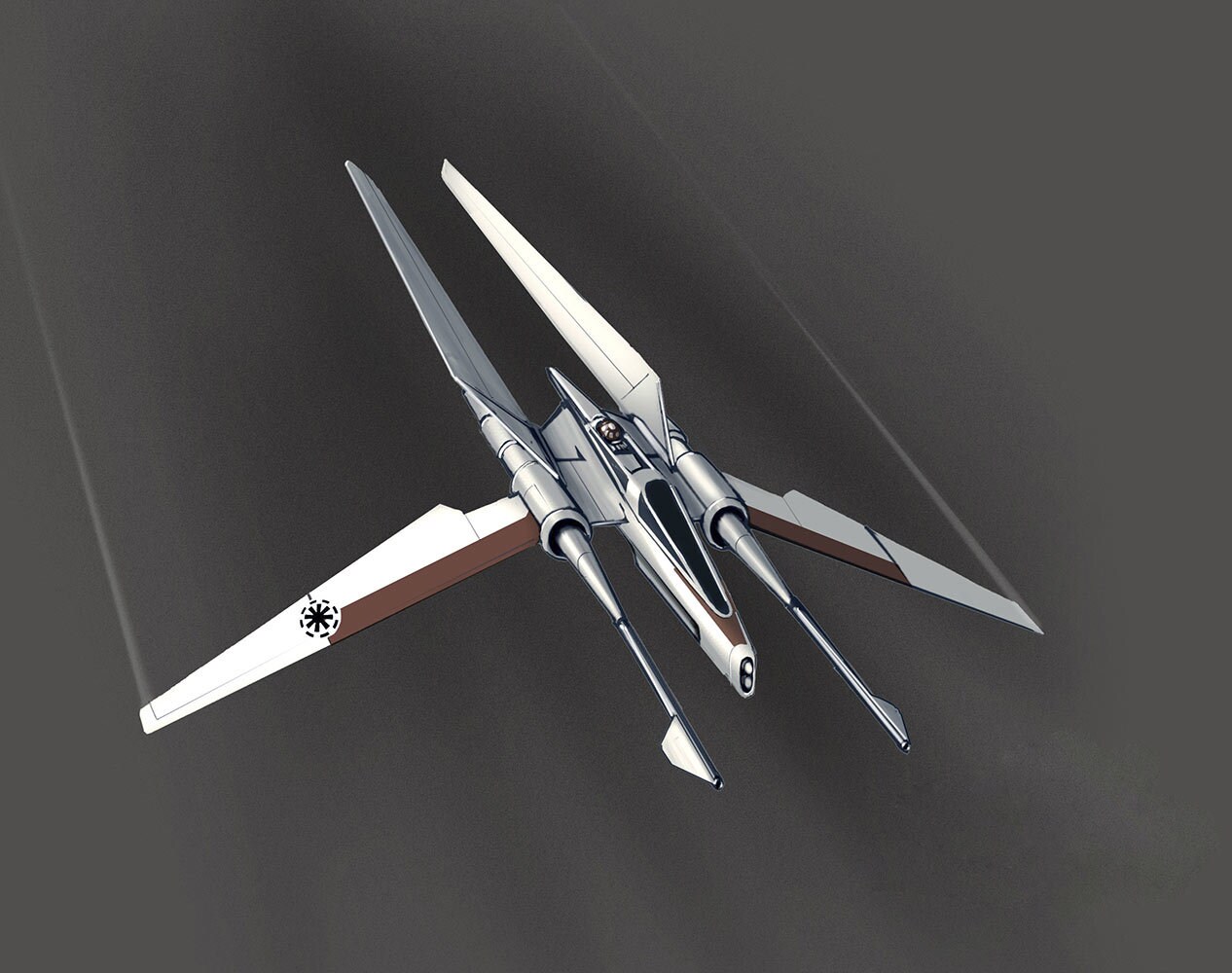 Among The High Republic’s biggest additions to the visual lexicon of Star Wars are the ships of Jedi -- especially important, as The High Republic takes place during the peak of the Order. Known as the Jedi Vector, these fighters are almost mosquito-like, an angular and elegant design befitting this gilded age.

“Taken as a whole, the prequels track the march from hand-crafted artisan technology to machine-stamped assembly line tech, so given we were dialing the clock to before Episode I, there were a lot of design explorations that had that delicate, streamlined feel that felt relevant,” says Hidalgo. “Even heading into Episode III, there were Clone Wars designs that had a foot in the past and a foot in the future, and from there we found a great contender for the Jedi Vector. It looks very insectile -- slim and delicate but with a definite sting.” Of course, the bad guys need ships, too. 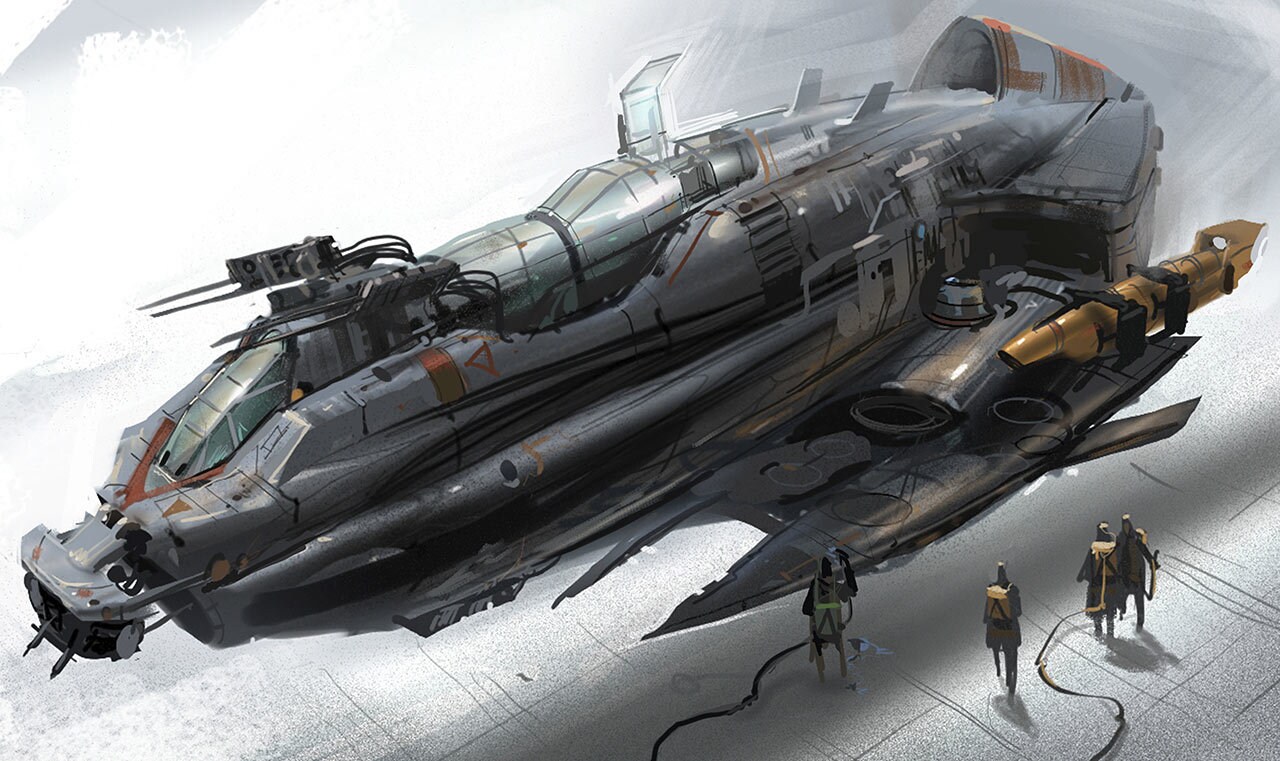 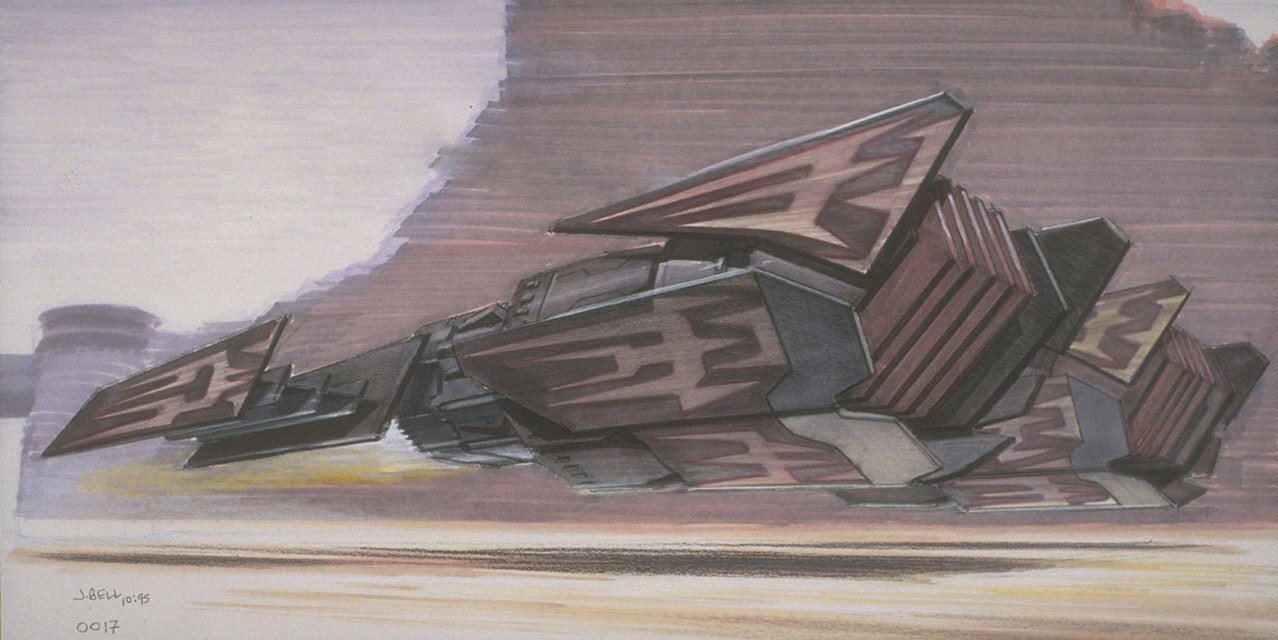 In The High Republic, the Nihil are “brutal, savage marauders,” according to Light of the Jedi author Charles Soule. Their battleships, appropriately, have a much more unrefined style. “For the Nihil, their look derived from art developed specifically for The High Republic initiative. There were some pieces from The Force Awakens and the current Star Wars movies that explored pirates, scavengers, and basically Star Wars survivalists,” says Hidalgo. “That pointed in the direction of a patchwork force that was uniform in its non-uniformity. The Nihil have a design language with a big vocabulary.” Then again, so does The High Republic at large.

In designing The High Republic, Lucasfilm followed a time-honored Star Wars tradition: recycling. Almost every Star Wars production includes designs from something previously left on the scrap heap, and The High Republic has done the same.

“Thankfully, I had already pulled together playlists of hundreds, and in some cases thousands, of unused concept art images from across all eras of Star Wars filmmaking for another project,” says Phil Szostak, Lucasfilm creative art director. “And those 15 or so playlists are broken down by subject. For example: Jedi, aliens, droids, starfighters, etc. Due to the sheer volume of unused concepts I was selecting from, I used George Lucas and Doug Chiang's ‘three second rule’ to choose candidates that clearly and quickly read as potentially appropriate to each High Republic need. And those subsets of art would then get passed along to [Lucasfilm Publishing creative director] Mike Siglain, Troy Alders, Pablo Hidalgo, and myself for further discussion and refinement.” Both Szostak and Hidalgo are especially glad to have brought a couple of specific looks back from Star Wars design purgatory.

“I love that an unused James Clyne ship design for the Resistance bombers from Star Wars: The Last Jedi is now our Republic Longbeam,” says Szostak. “James did a series of beautiful early concepts for that vessel, some of which you can see in The Art of The Last Jedi, before he turned the whole idea of a bomber on its head with a vertical bomb clip.” 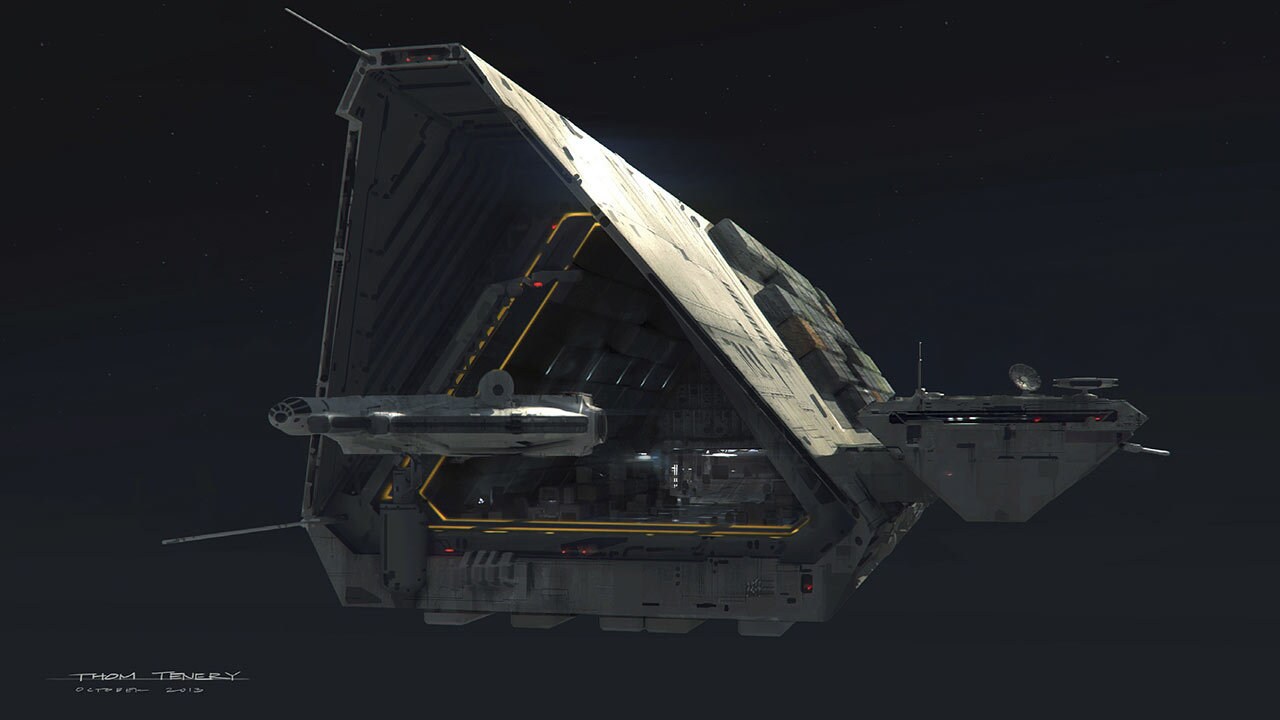 “The Legacy Run was derived from an unused design for Han Solo's freighter in The Force Awakens that I always liked,” adds Hidalgo. “There's a blunt simplicity to it: a flying box of boxes. It tells a story that this isn't a luxury passenger liner, but it's all some people can afford. You can tell how it operates just by looking at it. And it isn't fancy. In this case, it didn't matter that it came from the Resistance/First Order era, because this design is likely hundreds of years old. Star Wars designs are shaped more by culture than they are by innovation, so this is much more a working ship.”

And with The High Republic less than a month away, Hidalgo and Szostak have their picks for favorite designs from the epic.

“Warren Fu's Episode III design for a Republic clone fighter is a stunner, and I'm so glad that it's finally found a place in Star Wars canon as our Jedi Vector,” Szostak says. 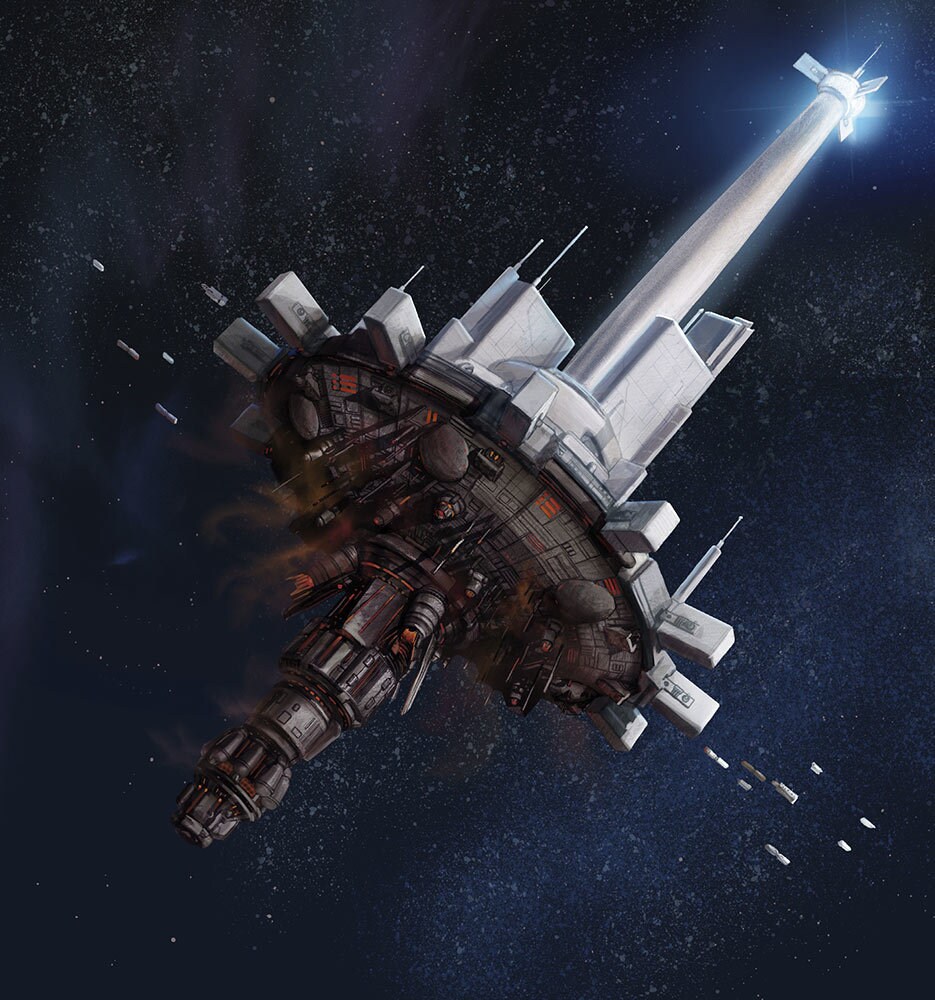 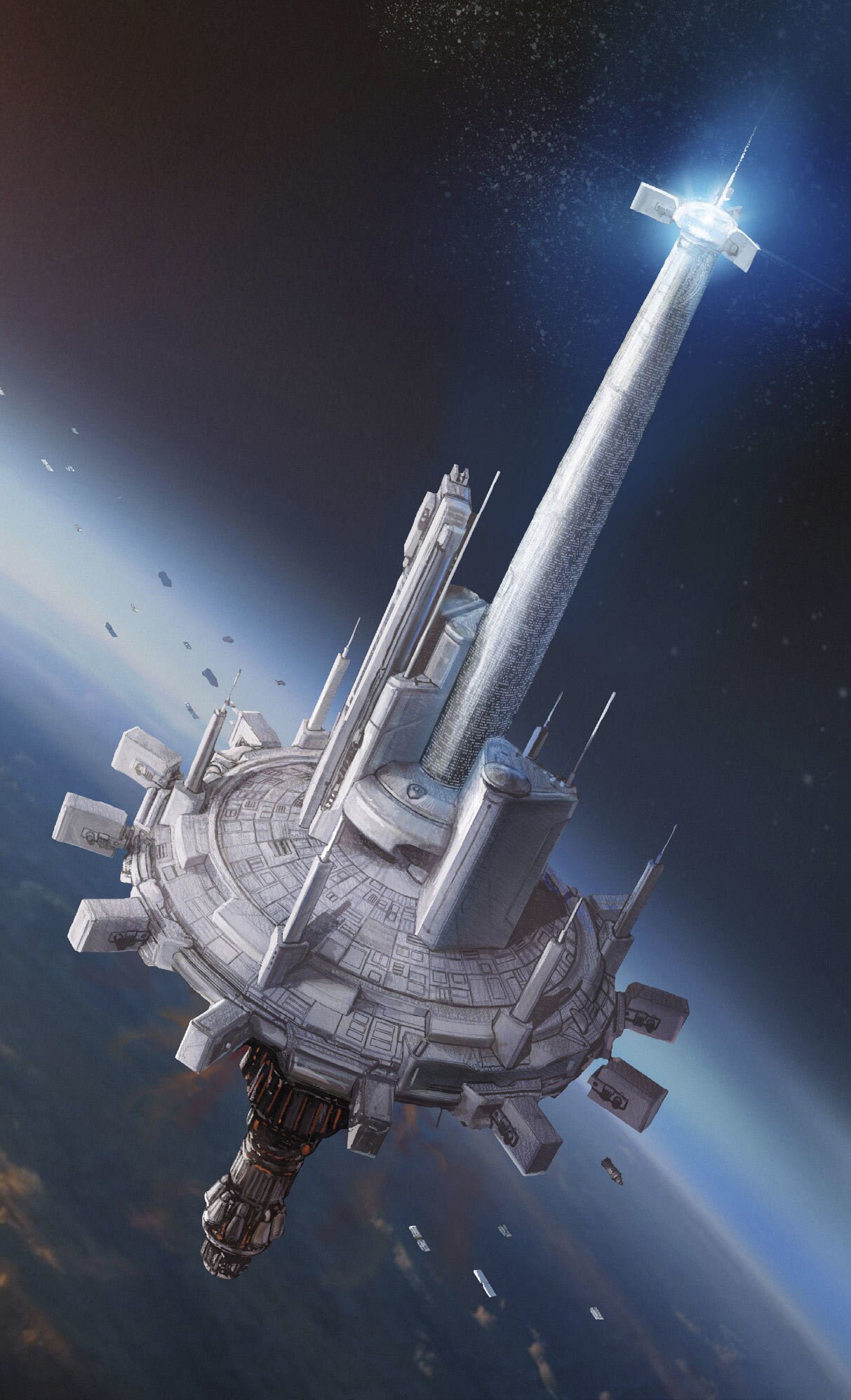 For Hidalgo, it’s the layers of one particular construct that resonates. “The Starlight Beacon is a good example, I think, of a design telling a story,” he says of the station, which was designed specifically for The High Republic. “The top of the station is a deliberate echo of the Jedi Temple on Coruscant, and imagined to be this iridescent monument that shines in the dark. The underside of the station is the utility, the industrial foundation that keeps the station chugging along. It's the plumbing. Those who are allied to the ideals of the Republic can look at it as an inspiration example of balance, of working together. Those against the Republic can get riled by what they see as a statement of class and divisions. There's a lot going on there.”