In an exclusive series, StarWars.com is pulling back the curtain on Star Wars: The High Republic, a publishing epic set centuries before the events of Star Wars: The Phantom Menace, with insights from creators, new details, and never-before-seen concept art. Arriving January 2021, the story will be explored through multiple voices and span adult and young adult novels, children’s books, and comics from a variety of publishers. In this installment, StarWars.com gets a first look at a legendary Jedi Master as we’ve never seen him before.

Yoda lived a long, legendary life. But we’ve only known him through his final act -- in the last days of the Republic and Jedi Order, and during the training of Luke Skywalker. In Star Wars: The High Republic, we’ll encounter the Jedi Master centuries prior, and StarWars.com is thrilled to offer a first look.

Return of the Jedi

Yoda will feature prominently in Daniel José Older’s Star Wars: The High Republic Adventures comic, coming 2021 from IDW Publishing; the Jedi Master that Older depicts in his series, however, won’t be quite the same sage-like being we know.

“It's especially exciting to be able to introduce him in the era of the High Republic,” Older tells StarWars.com. “The High Republic Yoda is a journeyman out in the galaxy.” According to Older, the Emperor’s “little green friend” will still be treading somewhat familiar ground -- that of teacher.

“While he's already a respected member of the Jedi Council at this point, we meet Yoda in IDW's The High Republic Adventures series doing what he loves best: looking out for the young folks -- in this case, a group of Padawans traveling around the galaxy to learn the ways of the Jedi with a hands-on approach,” Older says. “The Force study abroad program, basically.”

Ultimately for Older, depicting Yoda during a previously unseen era is an opportunity he doesn’t take for granted.

“The only reason writing Yoda wasn't on my Star Wars writing bucket list is because I didn't think it would ever be possible!” he says. “It's an incredible honor to give words to one of my all-time favorite Star Wars characters.”

With an appearance in a visual medium, that would mean a new design for the iconic character. It was a challenge not to be taken lightly. “The goal was to update Yoda, but to be careful and be true to the Yoda that we all know and love,” says Troy Alders, Lucasfilm art director. “Also, to really make sure that the new look was believable, as this is really the first time that there has been an opportunity to update his look and his clothing. It felt like a daunting and enormous responsibility to embark on and get right.” 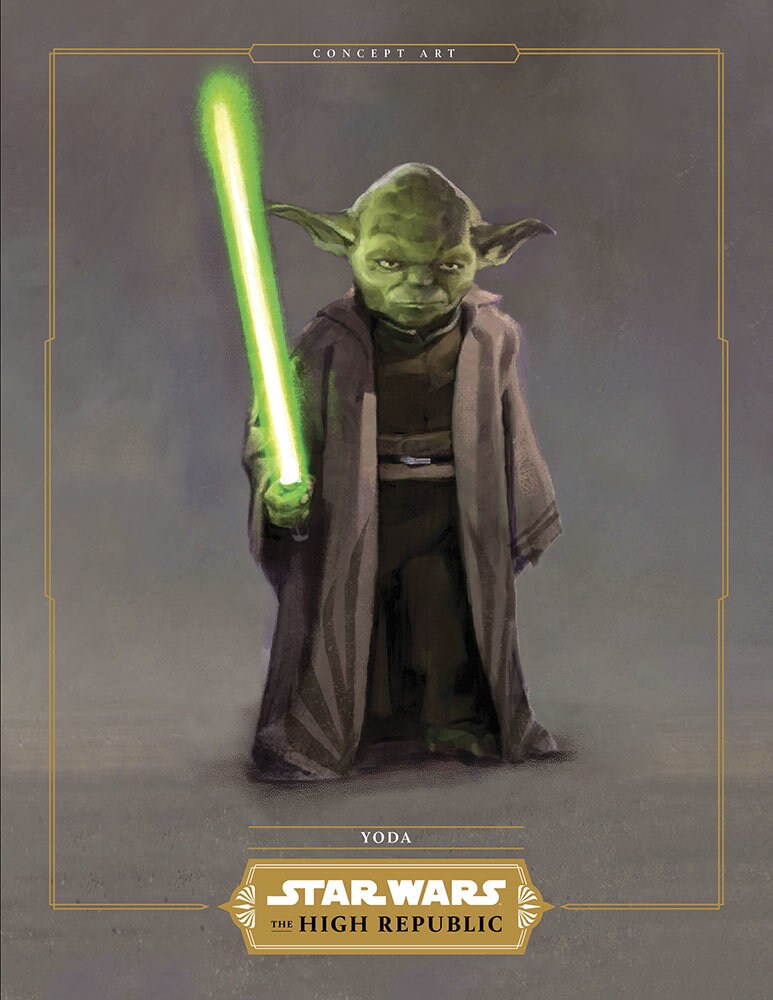 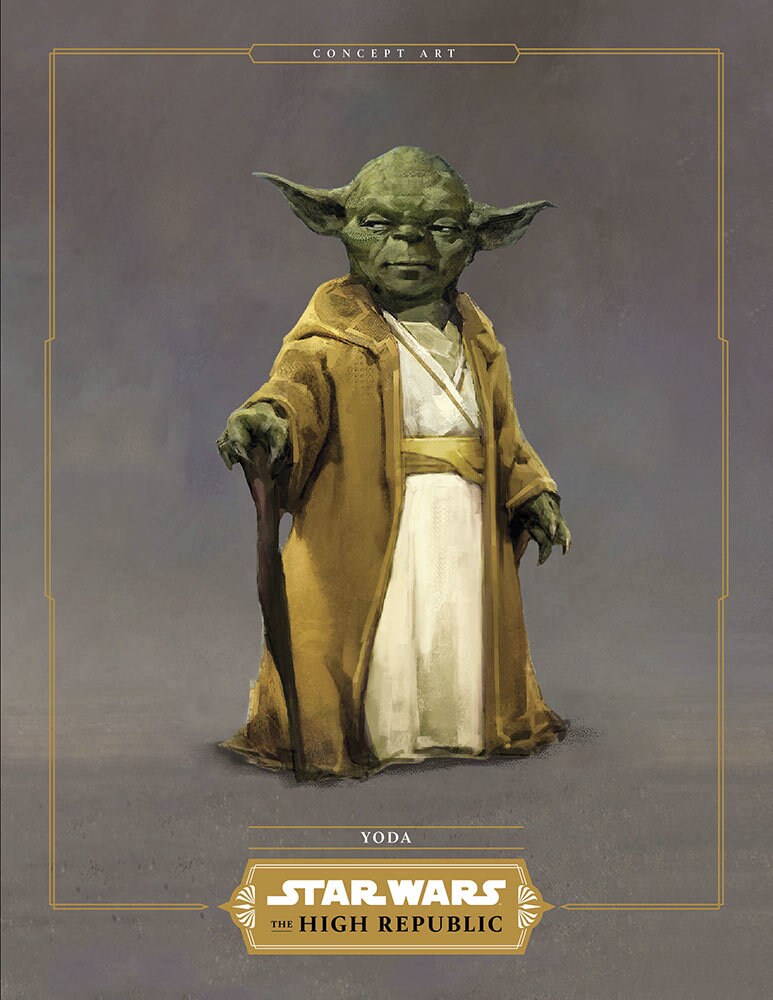 Once design work began, Lucasfilm didn’t want to fix what wasn’t broken. At the same time, there was an obvious need to show that these were earlier days. “Well, Yoda is not that much younger -- around 700 years old instead of about 900. But we thought that with it being hundreds of years earlier, he would definitely have a different outfit, maybe even more than one,” says Alders. “His age, as far as the way that his hair and face look, is maybe just slightly younger, but fairly close to his look in Star Wars: The Phantom Menace.” And since the thinking was his appearance wouldn’t be radically different from that of Episode I, Alders went to one of the talents who visually defined that film.

“Right away, concept artist Iain McCaig felt like the go-to artist to help us start to explore this new look for Yoda,” says Alders, “so we called him up and started to talk about what directions to explore.” Other artists contributed, as well, with Disney Publishing illustration manager Jeff R. Thomas and Star Wars: Dark Legends artist Grant Griffin playing key roles in defining the final look. Griffin’s concept art, revealed here exclusively, shows a Yoda with slightly less mileage in terms of wrinkles, as well as fresh outfits; note the previously established High Republic-era lightsaber holster, more layered tunics, and cloaks reflecting the era. “This mission outfit, with just tonal markings on the robe, are inspired by the Jedi Temple architectural details. Many new fans may not even notice these very subtle additions,” Alders says. “The temple attire, however, from this special time of the golden age of the Jedi, feels so right with its elegance, and we are all extremely grateful for the artists that helped us arrive at such a beautiful solution for this important milestone in the Star Wars timeline.”

Alders and his team of artists took great care in getting these designs right -- making sure they were worthy of the story, and a character loved across the world.

“I do not think that I, or anyone on our team, fully realized what a huge task this was,” Alders says. “But looking at where we arrived, after many countless explorations and iterations with various creative minds and artists, it feels authentic to what this noble Jedi would wear. Dressing Yoda for this epic time period, and creating designs adorned with gold, using beautiful fabrics and details, is something that he and all of the Jedi very much deserve, and the end result, I think, is gorgeous, and really celebrates this exciting and visually rich, gilded era.”