How the Nightsisters Added a Fun Spookiness to Star Wars

In the spirit of Halloween season, StarWars.com looks back at the galaxy's warrior witches.

Even in death, the wicked witches of Dathomir are a horrifying sight to behold.

Introduced in the third season of Star Wars: The Clone Wars, the Nightsisters brought a spooky supernatural element to the saga. Warrior witches, they're both threatening and captivating. As this is Halloween eve, we can think of no better time to pay tribute.

The coven of the Nightsisters wield the kind of dark Force magicks with no allegiance beyond a loyalty to their own kin. Threaten one witch and you're liable to have a whole army of their undead on your tail.

Just one look at those staggering, slack-jawed zombies, who go from wobbling on knocking knees to sprinting with a hellish screeching battle cry in mere moments, and you'll see why the witches of the mist are among our favorite characters to revisit this time of year.

The Nighsisters exist in the murky gray area between hero and villain, prepared to barter their magick for a chance to imbue their leader Mother Talzin with unlimited power yet prepared to die for each other in a show of honor and selflessness. And although they aren't above backstabbing or, you know, creating a monstrous beast Frankenstein-style to act as a pawn in their quest for revenge on Count Dooku, for the most part their clan sticks close to home rather than engaging in wars and other petty squabbles off world.

Make no mistake about it: Mother Talzin is terrifying all on her own. With her ghastly pale skin and dark facial markings, red tendrils pulsating from her regal form, and claw-like fingers she uses to summon her magic with a wave of her craggy hands, she's not a sorcerer we would want to mess with. But there's a twisted tenderness to the way she protects and binds the sisters, even if she is bent on galactic domination as her end goal.

Asajj Ventress, Jedi Padawan-turned-Sith apprentice and sometimes bounty hunter, is welcomed back with open arms and reborn a Nightsister when Dooku has left her for dead. It's actually Ventress' homecoming in The Clone Wars that serves as the impetus for some of the spookiest storylines the series has to offer. The dark magicks give the witches the power to step into the fog and essentially become a walking, talking, lightsaber-brandishing ghost. They use their powers to take an already virile Nightbrother and turn him into an ignorant and monstrous beast with the help of a spell and the precise tap of just one finger.

But they are undoubtedly at their scariest when they must defend their homeworld from Separatist forces. Because they're acting in self preservation, it's difficult to qualify their actions as purely evil even if their Force magick is clearly veering onto the darker side. After all, if the Sith is their enemy, they're aligned with the Jedi from a certain point of view.

It's frightening what Talzin can do with just a tuft of Dooku's hair, an unholy voodoo doll, and the maternal instinct to defend her kin. But that's nothing compared to Old Daka's raspy incantation that resurrects the zombie forces, an army of the undead ripped from their hastily-stitched together cocoons where their mummified corpses had been lying in wait, blending in as part of the world's creepy flora.

This is the moment when you realize that during every other visit to this planet, the dangling bulbs that were just accepted as part of the natural vegetation were, in some cases, pods just waiting for the right circumstances to be called upon to hatch the total nightmare fuel that is the zombie army.

These sightless, soulless minions at first seem kind of frightful but harmless. They're just waking up. And as soon as they're fully imbued with the telltale green aura of Nightsister magick, they unleash a primal scream and rush in to defend their family, loyal to the last, with hellish speed and what can only be described as zombie berserker mode, a swarm mowing down the battle droids and other Separatist forces to clear a path to General Grievous himself.

When all but Ventress and Talzin were killed in the ensuing massacre, we thought we'd seen the last of the witches of the mist. We thought wrong.

Their connection to the spirit realm and their raw power made them unstoppable even in death once, and with just a whiff of fresh meat they rose again after years of dormancy in an attempt to overtake a Jedi and a Mandalorian warrior in service to Maul's debt for using their gifts. 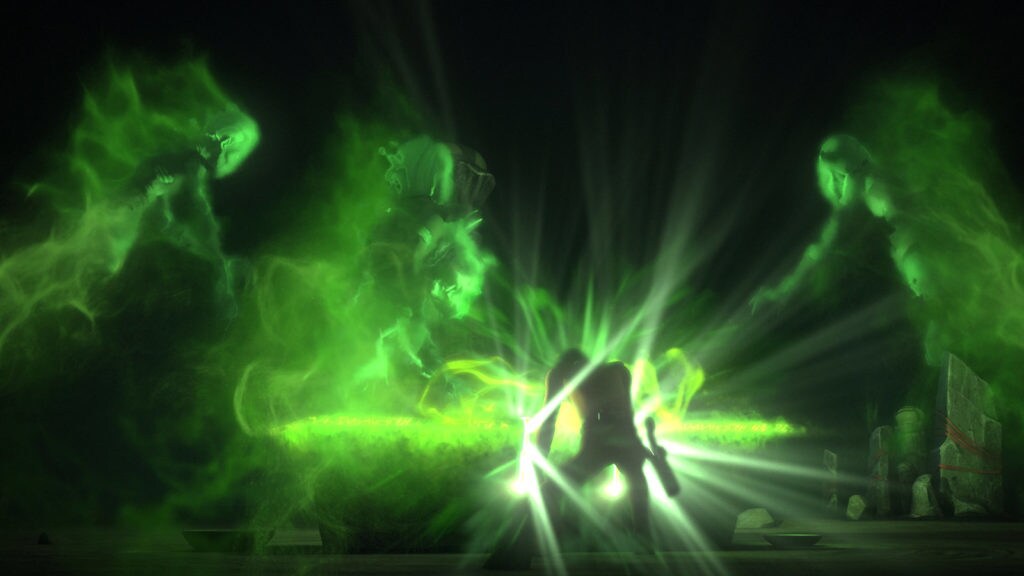 Even having shed their corporeal form in Season Three of Star Wars Rebels, the Nightsisters were just as scary as shrill, shrieking spirits as they had been as the walking dead. Perhaps we've seen the last of them, now that their alter has been destroyed. But their sanctum remains, the gaping mouth to their cave of secrets and knowledge just waiting for the next lost sister or brother (or spirit) to wander home.

Are you a Nightsisters fan? Tell us why in the comments below!