Each episode of Star Wars: The Clone Wars began with a lesson. The opening words, called fortune cookies, set up the story and served as a sort of preview for themes the characters would be facing in the adventures ahead. The inspirational messages and morals can stand on their own though, too. They can be applied to life and can sometimes be just the jolt you need in order to get through whatever situation is at hand. Six seasons of The Clone Wars provided over 100 phrases of wisdom, but these are the ones I find myself thinking about the most. 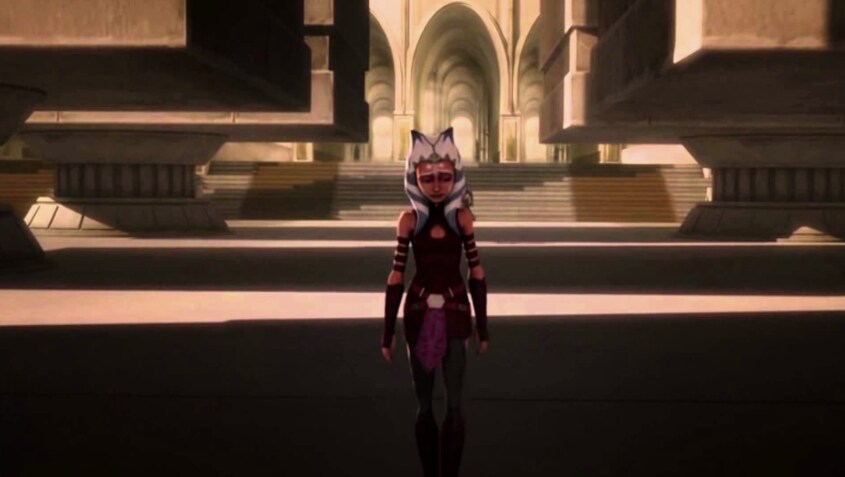 The thing about sayings like these is that they often point out the obvious. Of course you should never give up hope -- not even when the world around you tries its best to beat it down -- but when you're in the middle of dark times, it can be hard to remember. Despite having the odds stacked against her, Ahsoka never gave up believing the Jedi Council would realize she was innocent. They ultimately made the wrong decision, but Ahsoka remained hopeful and forged her own path. Staying optimistic can lead you in new directions.

2. "Strength in character can defeat strength in numbers." -- "Revival"

Sticking to your beliefs and who you are is always better than bending them in order to gain favor with more people. In The Clone Wars, this moral applied to a battle between Darth Maul and Savage Opress and the Jedi and Hondo Ohnaka. In day-to-day life though, this can apply to social media. Just because someone has a lot of followers, likes, or retweets, it doesn't automatically make them a decent person. Be true to yourself; it's more important than racking up numbers.

Arrogance is a dangerous beast. Believing you know everything can lead to poor, misinformed decision-making. Also, it doesn't make you the most fun person to be around. Place more value on acquiring knowledge rather than showing off what you know.

Escaping from the Citadel was not an easy task, but the Jedi and Captain Tarkin made it out by adjusting to the challenges that popped up and changing course. Whether you're trying to get out of a well-constructed prison or planning your Comic-Con schedule, it's always good to go in with a plan. The key is leaving your plan fluid and open to change.

5. "Sometimes, accepting help is harder than offering it." -- "Legacy of Terror"

Extending a helping hand is easy. You can find occasions throughout the day to make someone else's day brighter. It can be a small act like opening a door, or it can be something bigger like volunteering with a charity. But accepting assistance? It's not always simple. Many of us fear becoming overly dependent on others. However, it's more than okay to let someone ease your load from time to time.

6. "Where we are going always reflects where we came from." -- "Kidnapped"

The roads we've traversed so far shape which roads we'll travel in the future and how we'll navigate them. Every life experience -- positive and negative -- in your history contributes to who you are and the decisions you make. This fortune cookie isn't so much telling you to remember where you came from, it's saying remember that where you came from affects who you are.

Which fortune cookies stick out to you? Let me know in the comments.