How Relationships Are at the Core of Star Wars

The I Love You. I Know.: Lessons in Love and Friendship author on her new book and what really makes us connect with the galaxy far, far away.

Like many Star Wars fans, my love of the galaxy far, far away is very personal. Which is why I took the task of writing a book about love and Star Wars very seriously. I can’t remember a time in my life where Star Wars wasn’t there -- like a close friend of the family. With a sprawling story spanning decades and filled with dozens of characters of all ages, I have found myself relating to Star Wars characters in different ways over the years. 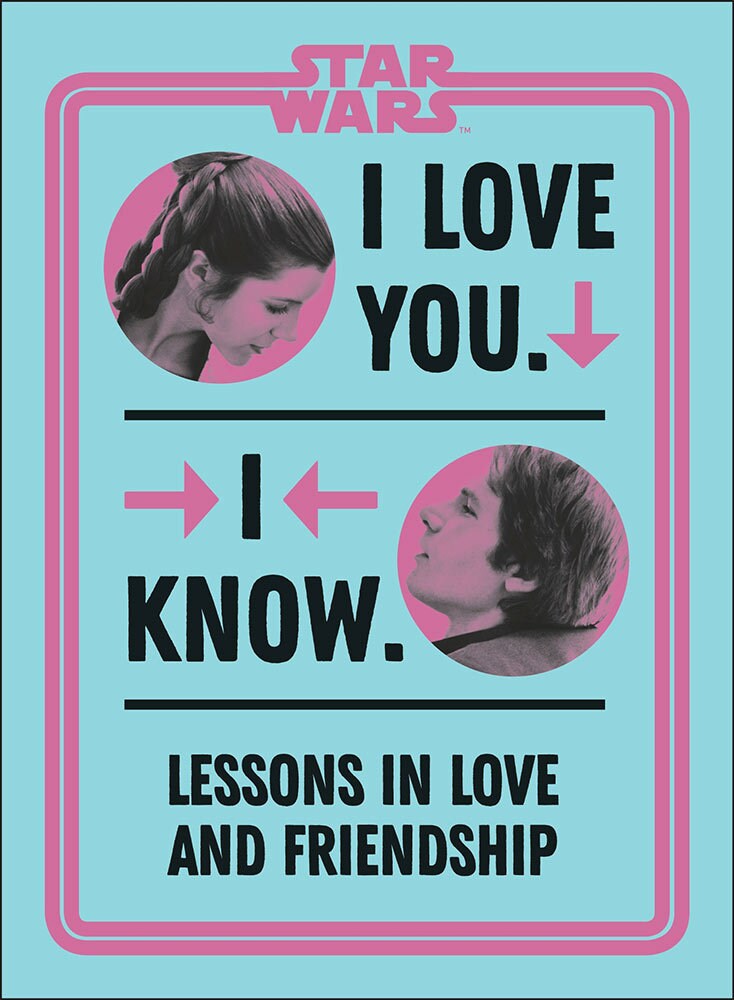 The first step in writing I Love You. I Know. was coming up with 25 pairs to illustrate love in the five different categories that DK Books gave me: True Love, Family, Friends, It’s Complicated, and Enduring Love. My initial brainstorming list of Star Wars pairs was long (very, very long), even though I was asked to focus mostly on pairs from the live-action films. It’s a credit to George Lucas and many other writers and directors over the years that Star Wars is bursting with dynamic characters. 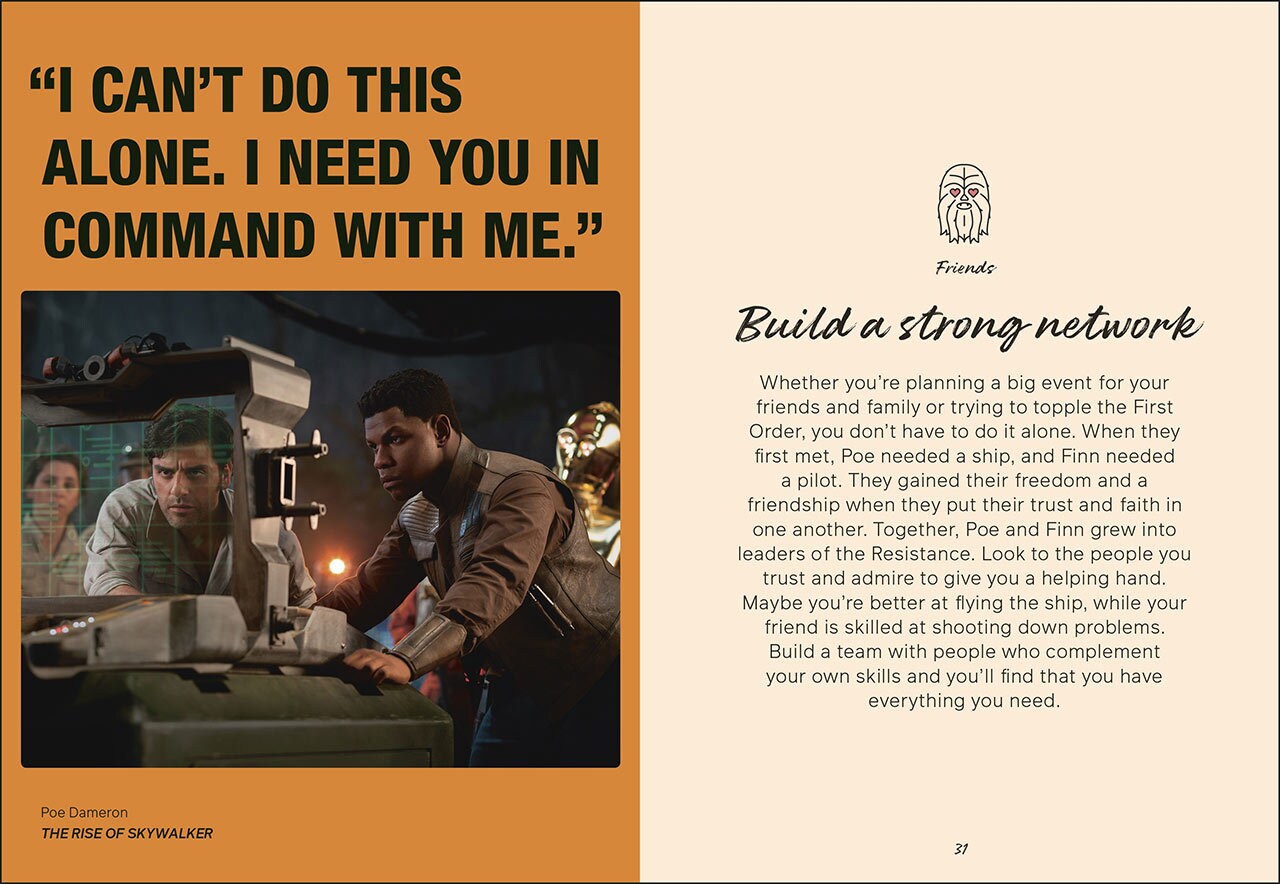 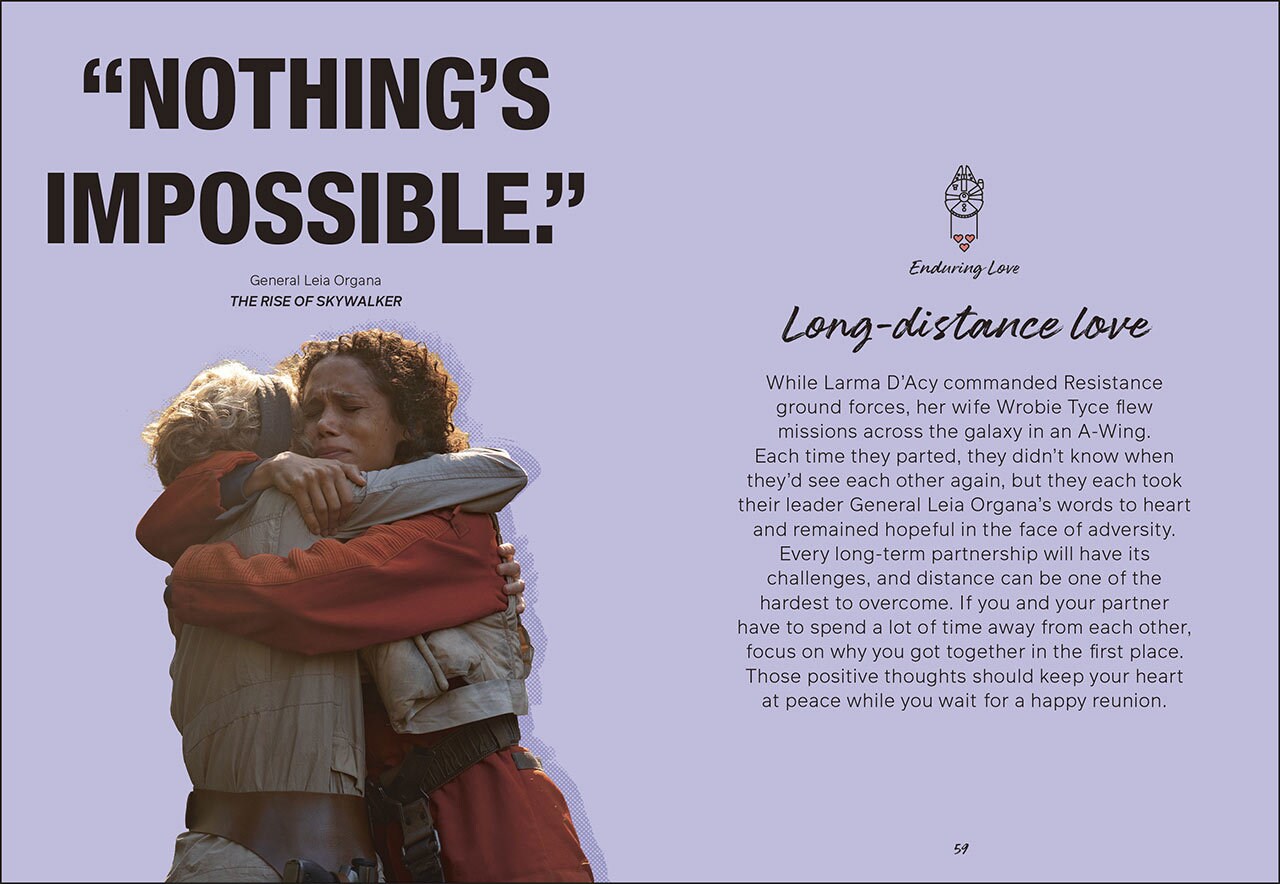 Some pairs I felt were must-haves in the book (Kanan and Hera, Anakin and Ahsoka, C-3PO and R2-D2, Finn and Rey, etc.). Other pairs were personal favorites of mine (Obi-Wan and Satine, Jyn and Galen, Chirrut and Baze). I was delighted when one DK editor suggested Larma D’Acy and Wrobie Tyce from Star Wars: The Rise of Skywalker, since focusing (um, obsessing?) about smaller, even at times background characters, is something most Star Wars fans, including myself, delight in. I felt pressure to write something meaningful for pairs I know many Star Wars fans hold close to their hearts. This project was an amazing chance to rewatch Star Wars films focused only on the relationships, whether the pairs were kissing or engaged in a lightsaber battle.

Writing about a few pairs helped me connect to Star Wars in an even deeper way. Even though sisters Rose and Paige Tico didn’t share any screen time together, their bond was so strong and beautiful in Star Wars: The Last Jedi it was the first thing my older sister texted me about after she saw the film. Star Wars sisters! In space! Leia and Holdo’s friendship in the same film similarly was a relationship I felt like I had been waiting for in a Star Wars story and felt honored to write about. Two strong and successful women lifting each other up, instead of trying to one up each other -- I hope we see more female friendships like this in future Star Wars stories. And while I have always felt emotional watching Shmi Skywalker say goodbye to her son in Star Wars: The Phantom Menace, when your own son is the same age as Anakin and you watch that scene -- well, to say it hits different is an understatement.

One thing I learned while writing I Love.You. I Know. is that for many characters I tended to focus on them as more as part of a larger group -- the crew of the Ghost, a member of the Resistance, a group of criminals -- more than the individual bonds between two characters. One of my favorite aspects of the book is that bonds between characters such as Han and Chewbacca were given as much weight as Han’s romantic relationship with Leia. I think it’s fair to say that Star Wars is a story about the battle between the light and dark side of the Force, but what good is winning that battle if you don’t have anyone special to share the victory with or to go home to? I hope that I Love You. I Know. makes it clear that someone doesn’t have to be your sweetie; it can be a loyal droid, a friend who always comes back for you, or your long lost sibling. Anyone you feel a special connection to.

Something else I found very relatable while writing the book was that Star Wars love stories don’t always work out or end the way you want them to. Love is hard. Love is messy. Should Obi-Wan have left the Jedi Order to be with Satine? Could Han have said or done something that could have kept Qi’ra from flying away? As one of the chapter headings says in I Love You. I Know. -- it’s complicated. 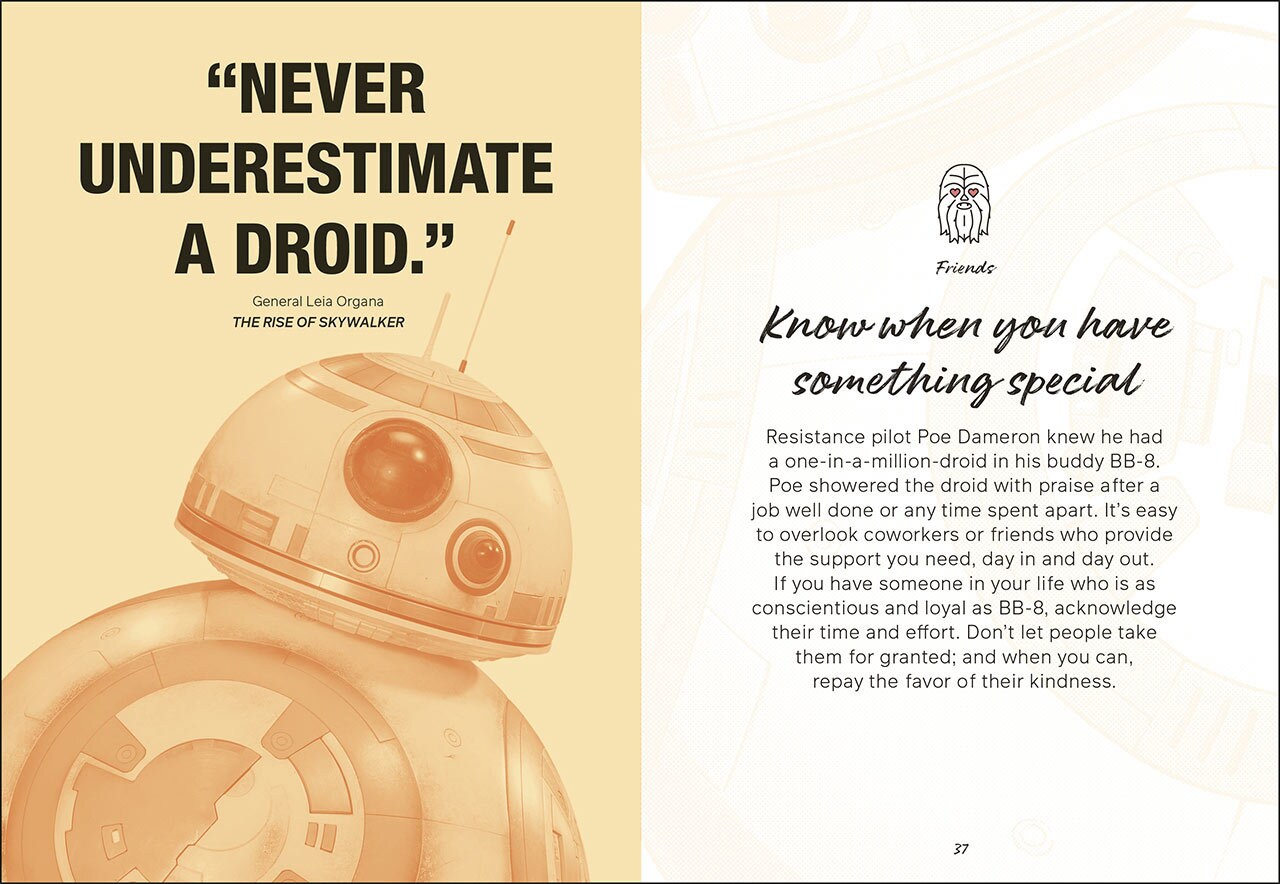 Love is everywhere in Star Wars and impossible to define -- and this book is much more about finding a lesson in love to connect with from Star Wars stories than trying to define these often complex on-screen relationships. For many of these pairs I could have written a half dozen different lessons. I hope everyone who reads I Love You. I Know. can find new ways to feel a bond with characters they know and love. But keep in mind that while a friendship with a Wookiee or a friendly rivalry can set you up for a happy ending, it’s important to avoid destructive relationships. As Krennic learned the hard way, a technological terror can’t love you back.

Star Wars: I Love You. I Know.: Lessons in Love and Friendship is available now.

Valentine's Day I Love You. I Know.