Galactic Costuming: One Fan's Journey in the 501st Legion

StarWars.com talks to Michael Bender, a fan who built eight sets of trooper armor and would make the Emperor proud.

Galactic Costuming is a feature that highlights members of fan groups from around the world who, literally, wear their love of Star Wars in the form of trooper armor, rebel pilot flightsuits, and much more. 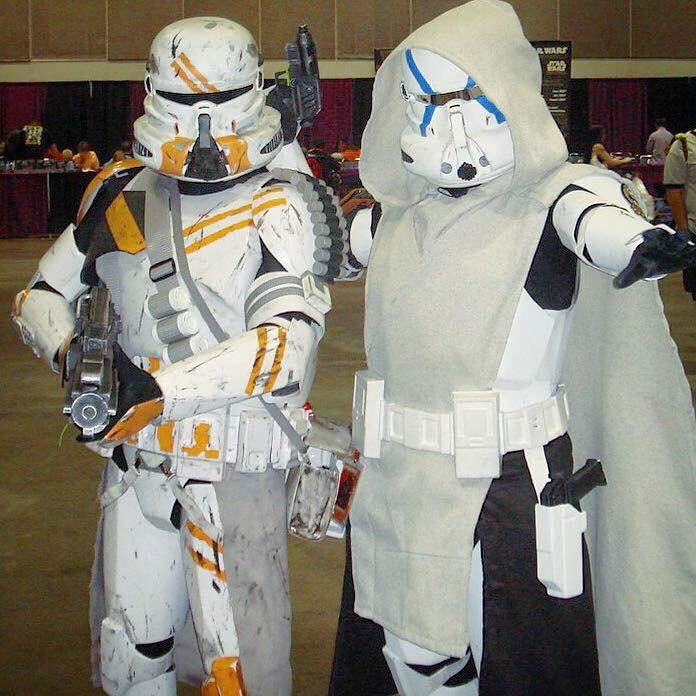 Eleven years ago, Dr. Michael Bender, a.k.a. TK-6682, took his first step into a larger world. He made an airborne clone trooper costume modeled after an ensemble in Revenge of the Sith. It was his first approved costume with the 501st Legion, a Star Wars costuming organization.He was introduced to the 501st at Celebration III in 2005 in Indiana, and that was it. "I witnessed these members in their incredible gear creating a memorable experience for the guests -- checking identification and telling them to move along. I was immediately interested and knew I was going to become a member no matter what it took," Bender tells StarWars.com.

Since 2006, he's added seven more costumes to his arsenal for a total of eight.

Since he joined the Legion's ranks, Bender estimates he's participated in hundreds of events. Members can step back and switch to an inactive status if they need to, but Bender has been a consistently active member for the last 11 years with the Southern California Garrison. He took on additional responsibilities within his local garrison in March when he became the Commanding Officer.

His duties have shifted slightly since he gained the title. He says, "I am still able to participate in troops at least once a month, but I spend many hours each day helping plan and organize events, providing approval on new members-only merchandise, assisting with costume approval, and discussing new ideas with the membership. My day-to-day responsibilities include constant communication with command staff, assisting with the forward progress of the garrison, welcoming new members, and developing processes for the future of the garrison."

Bender's comments hearken back to 501st Legion founder Albin Johnson's comments about ensuring there's room for not only growth, but sustainable and positive growth. The costuming organization's ranks are constantly expanding. 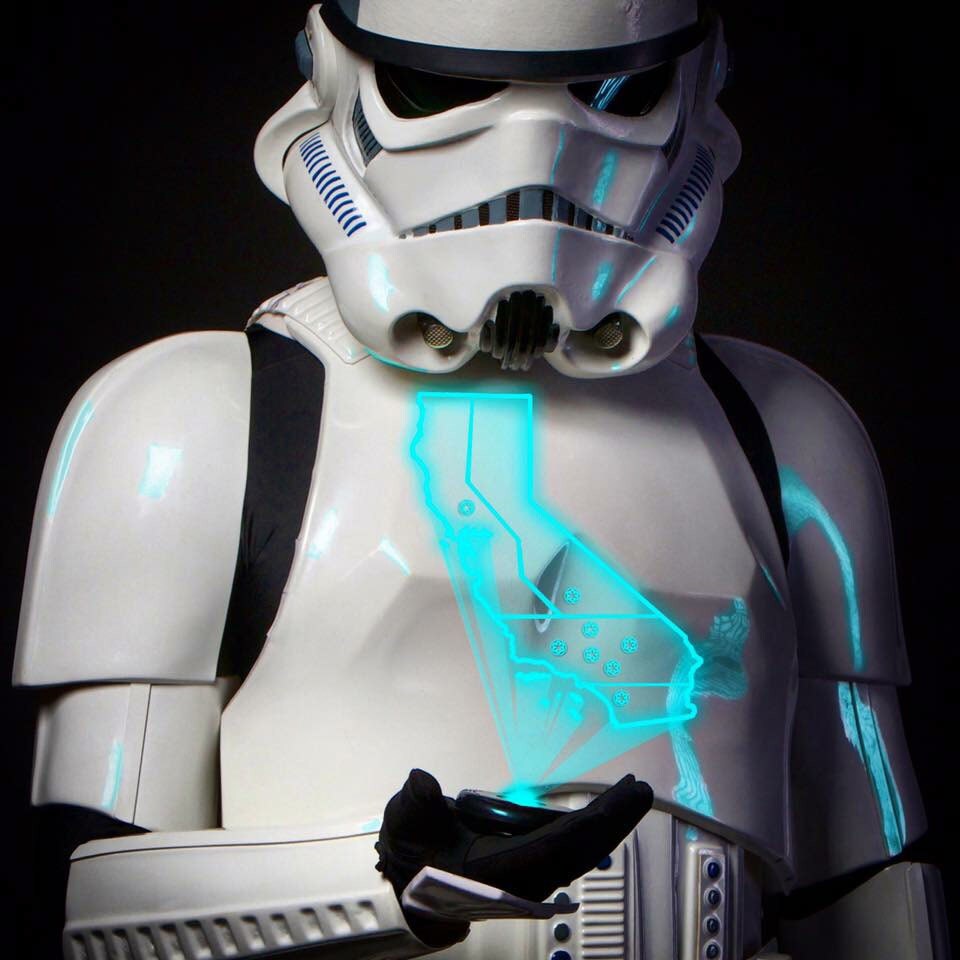 The Southern California Garrison often shows up in force at events around the greater Los Angeles area. Bender recalls a particularly warm day with over 77 costumers. "One of the most challenging temperature troops was the 2014 La Verne Fourth of July parade. It was reported as 98 degrees Fahrenheit on the ground, and we had a three-mile parade featuring over 77 costumes to tackle. We are able to tolerate this temperature by working together to educate the new troopers on what to expect, how to stay hydrated, and how to keep an eye out for anyone who looks like they may be moving differently than normal."

Though the climate in southern California can make outdoor troops tricky, it's not scorching all the time and the location means unique events – events like the Tournament of Roses Parade. Bender cites the 2007 Rose Parade as the most memorable gathering he's participated in since he joined the 501st. "We had over 200 Legion members from across the world march the five-and-a-half mile parade," he says. "We forged friendships that, to this day, are still strong. One of the greatest things about Star Wars Celebration is to get to see those friends and rekindle friendships."

Since Bender still troops, he's still making new armor. The most recent costume Bender crafted was Scarif shoretrooper armor, as seen in Rogue One. It was approved at the beginning of June. He and his fellow Legion members are continually inspired to make fresh gear because of the designs Lucasfilm creates. They often build together during armor parties, and they help push each other to add every possible detail. 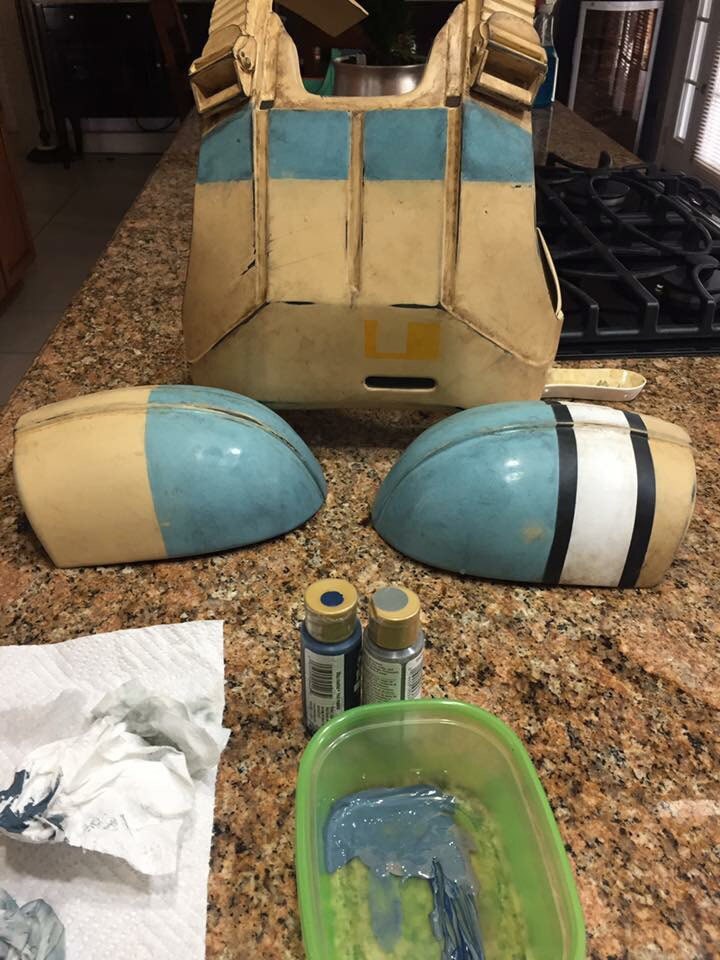 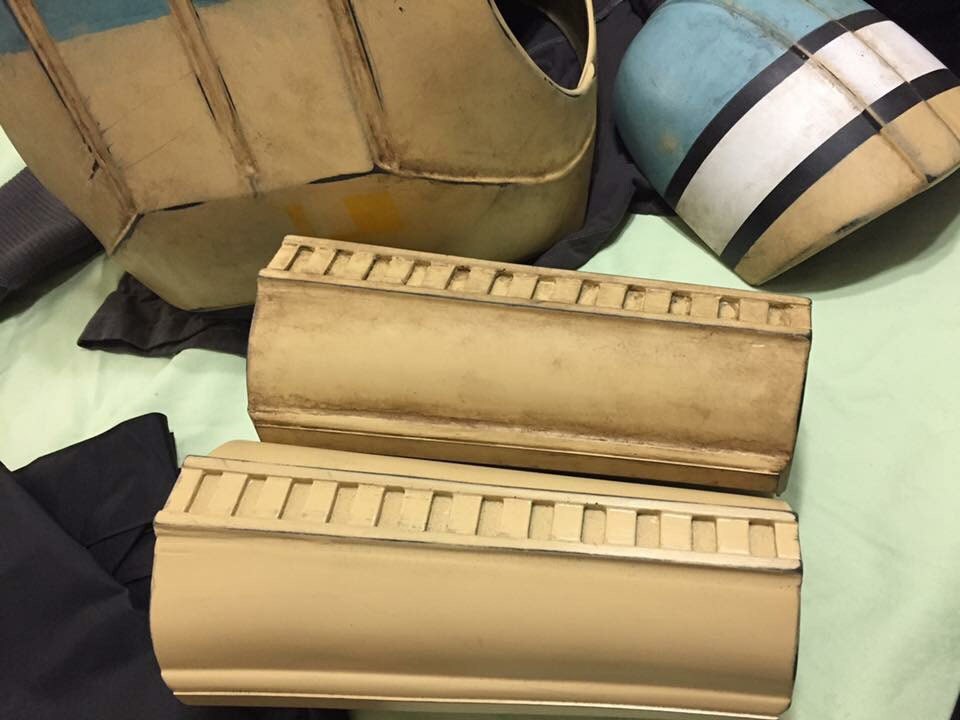 For the shoretrooper, Bender was struck first and foremost by the design, but the armor had another appealing aspect: "I wanted to build a set of armor that will allow me the ability to sit down," he says. Being able to take a seat isn't always possible with standard stormtrooper armor; it only has enough mobility to allow for a little leaning. 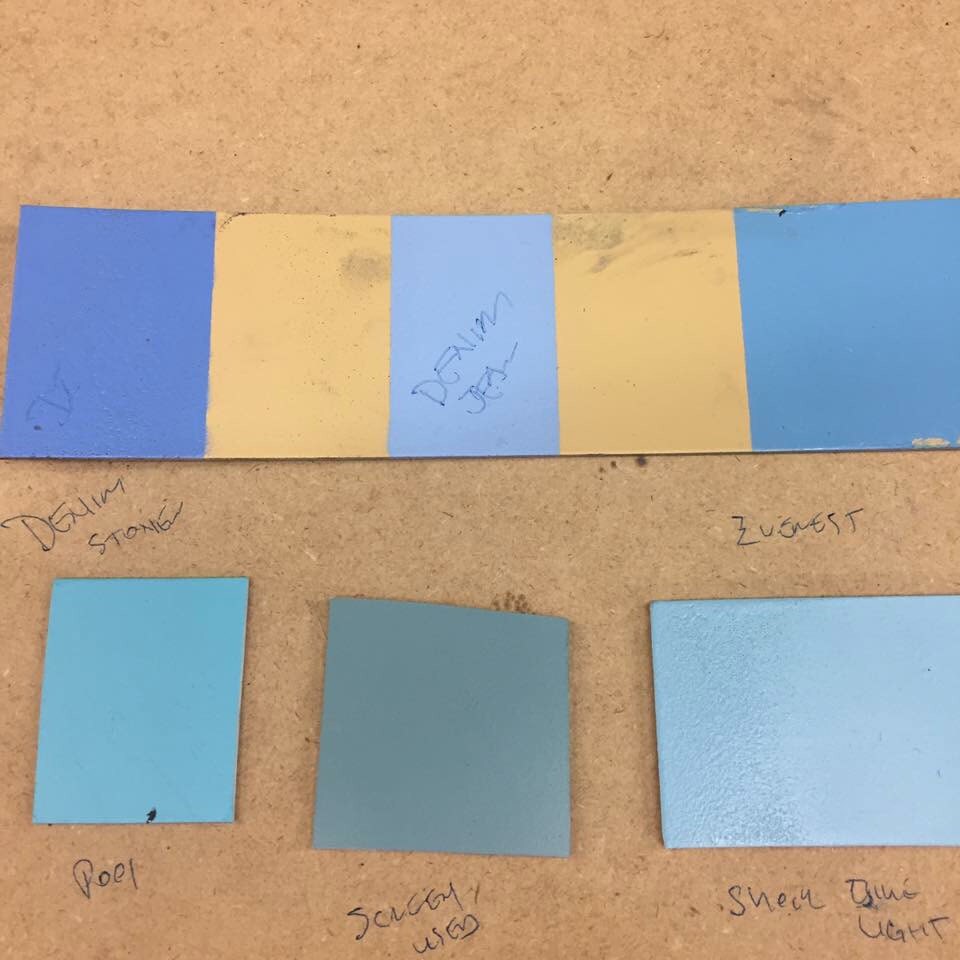 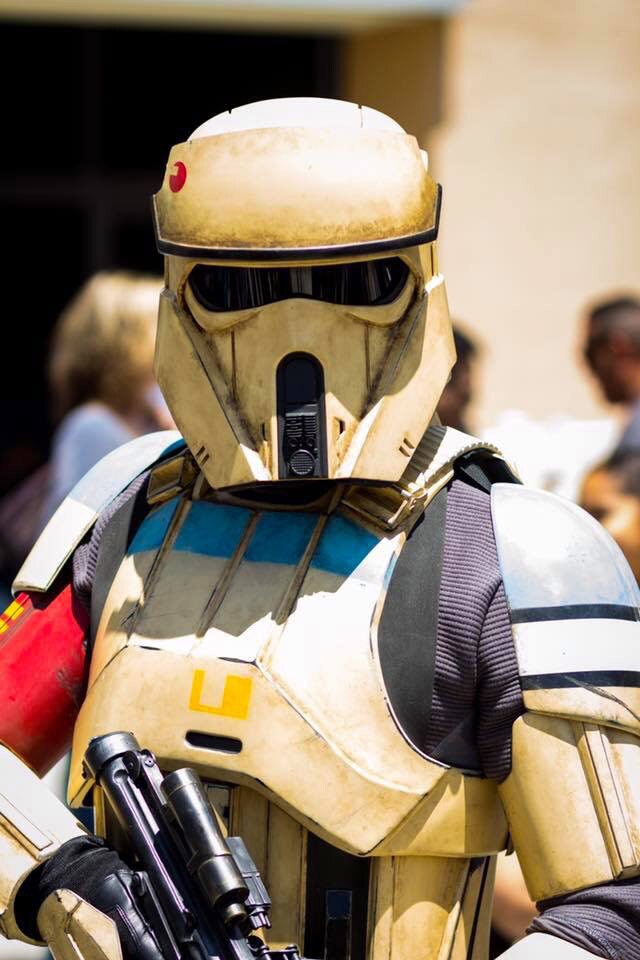 Bender says one of the most challenging aspects of creating armor is getting the hue just right. "One of the hardest parts about building armor, besides the very talented individuals that sculpt it by hand and digitally, is finding the correct color," he says. "Countless hours are spent researching paint brands, looking at various photos and color swatches and comparing them to the only available images. It is a tedious process but a rewarding one when you are complete. The end goal is to look like we walked off the screen."