Creative is a word you can apply to most Star Wars fans. You just have to walk around a Celebration event for a few minutes to see how enthusiasm for the universe can be funneled into costumes, dioramas, crafts, and LEGO creations. I know I'm not the only one who walks around the LEGO booth in awe, marveling over the number of tiny bricks that go into a life-size statue of Boba Fett. However, my favorite part is walking around the fan-made creations and seeing the time and love poured into all manner of spaceships, signs, and sets.


Besides the fact that you're making awesome stuff, stacking LEGO bricks on top of each other is surprisingly relaxing. It makes you focus and you must be patient -- the Jedi should consider incorporating it in their training (it would be the most fun room in the Jedi Temple). You have to be precise to ensure the right pieces go together, and if you want the finished construction to last you have to carefully glue each and every brick. This applies whether you're building Salacious Crumb or a replica of Echo Base. 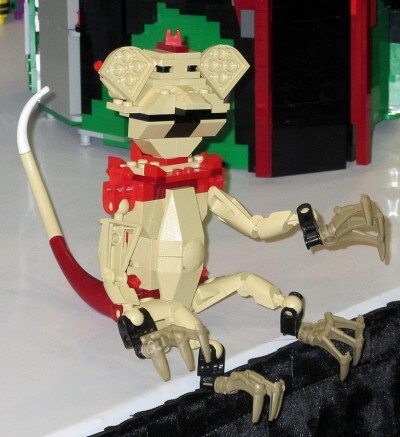 Given the level of attention required, it's no surprise LEGO builders give several hours of labor to their projects. I know I'm not the only person who has ever decided to stay in and build a brick Hoth set instead of going out with friends, and I only put together simple constructions. I've seen LEGO designs at conventions and online that took days or months to assemble. These figures have to take forever to stack layer by layer! Even though I admire the life-sized character statues, I love when fans put humorous spins on the characters from the saga. Some of the concepts I spotted at Celebration VI were hilarious -- just simple designs that delivered. Admiral Ackbar surrounded by a bevy of traps may be my favorite: 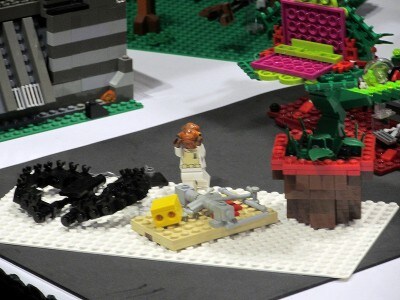 I'm amused by this rendition of Padmé's baby shower. Her happy tidings even bring enemies like Asajj Ventress and Zam Wesell to the party. She's got a pile of presents to open, and you know they're playing some silly baby shower game like "guess the unborn babies' midi-chlorian counts." Finally, I'd love to dine in at this Blue Milk Cafe. If nothing else, I just want to watch the Stormtroopers attempt to take in liquid while still wearing their helmets. Most of these pictures prove you don't have to stick with canon when it comes to building. The source material is just a place to start creating. Matt Bernier was inspired by Star Wars and a Bird-of-Prey to build this custom star fighter. He pictures it being an in-atmosphere dog fighter meant for planet to planet travel. I bet all the pilots would like to take it for a spin. 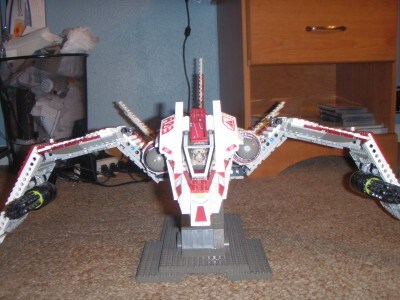 May the brick be with you. Always.