Empire at 40 | Red and Rogue: The Story of the Rebellion’s High-Flying Squadrons

Form up and learn how Red and Rogue Squadron evolved and changed.

Ask a Star Wars fan to name a starfighter squadron and there’s a good chance they’ll say Rogue Squadron. Although they only appeared in one film of the original trilogy, Rogue Squadron is known for having the best of the best pilots on their roster and for having an excellent name that rolls right off the tongue. But how did the vaunted Red Squadron carry on and Rogue Squadron come to be, especially given that only Luke Skywalker (Red Five) and Wedge Antilles (Red Two) made it back to base for the post-Death Star celebration? Well, it was definitely a process. And a spur of the moment declaration. 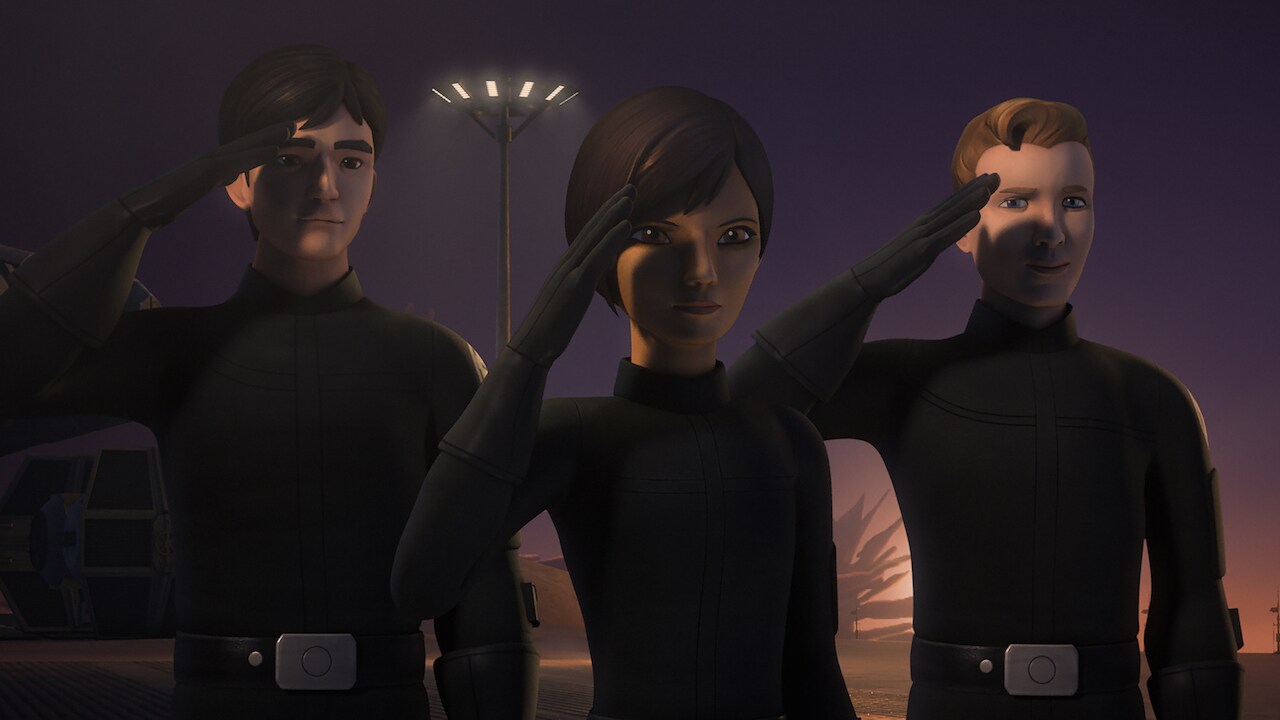 Rebellions might be built on hope but they require a lot more than that to succeed. In the case of the Rebel Alliance, that meant people, weapons, and spaceships, and one of those is a lot harder to get a hold of than the others. Starfighters are expensive, which meant Red Squadron often had more pilots available than ships. Derek “Hobbie” Klivian, a classmate of Wedge Antilles’s back at the Empire’s Skystrike Academy, who had defected along with him, survived because he had been Jek Porkins’s alternate during the Battle of Scarif (and likely Yavin). Col Takbright was another pilot kept out of combat during the Battle of Yavin due to a lack of additional starfighters along with at least four others. In the wake of the almost back-to-back space battles, the Rebel Alliance was victorious, but there wasn’t much left of Red Squadron. They would also have to find a way to rebuild. 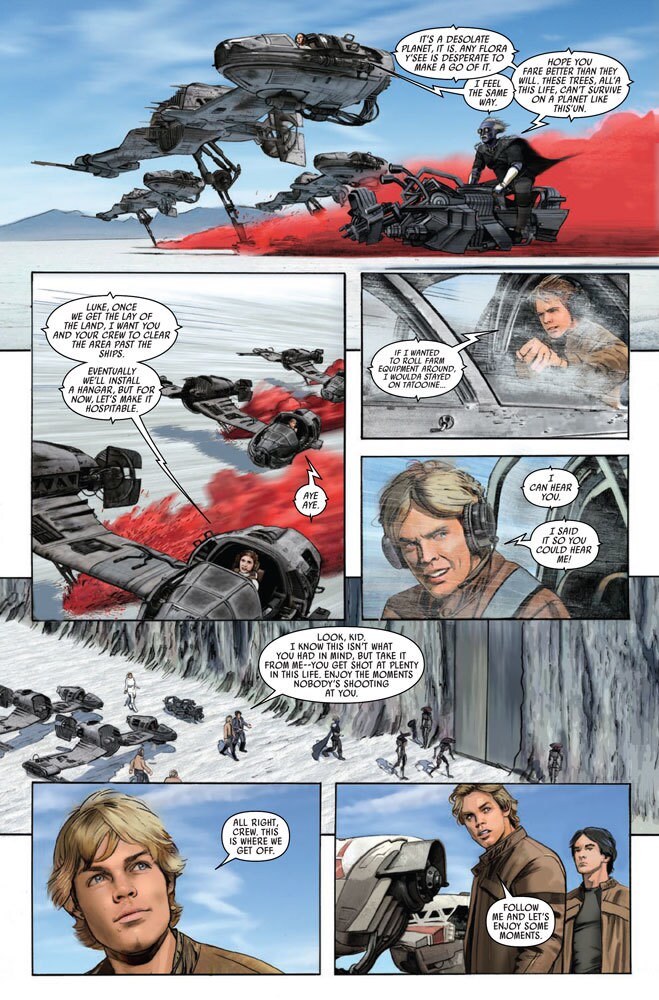 Even though Luke Skywalker was the hero of Death Star trench run, he wasn’t given command of the starfighter group, which even he agreed was a good decision. Instead, the Rebel Alliance made Commander Arhul Narra, a veteran pilot, the new Red Leader. He kept both Luke and Wedge on as pilots but made sure they knew that they would not be getting special treatment. While their first action after the Death Star was a failed attempt to stop Princess Leia and Y-wing pilot Evaan Verlaine from leaving on an unsanctioned mission to find surviving Alderaanians, Red Squadron did continue to serve with distinction, no matter where the Rebel Alliance sent them. They were a part of the brutal battle over Vrogas Vas and also part of the team that hijacked the Star Destroyer Harbinger, as well as the follow up mission where the Alliance used the Harbinger to break an Imperial blockade. Both Luke and Wedge also accompanied Leia on a mission to survey Crait’s suitability for becoming the Alliance’s new base, although both left their X-wings behind and had to fly ski speeders. 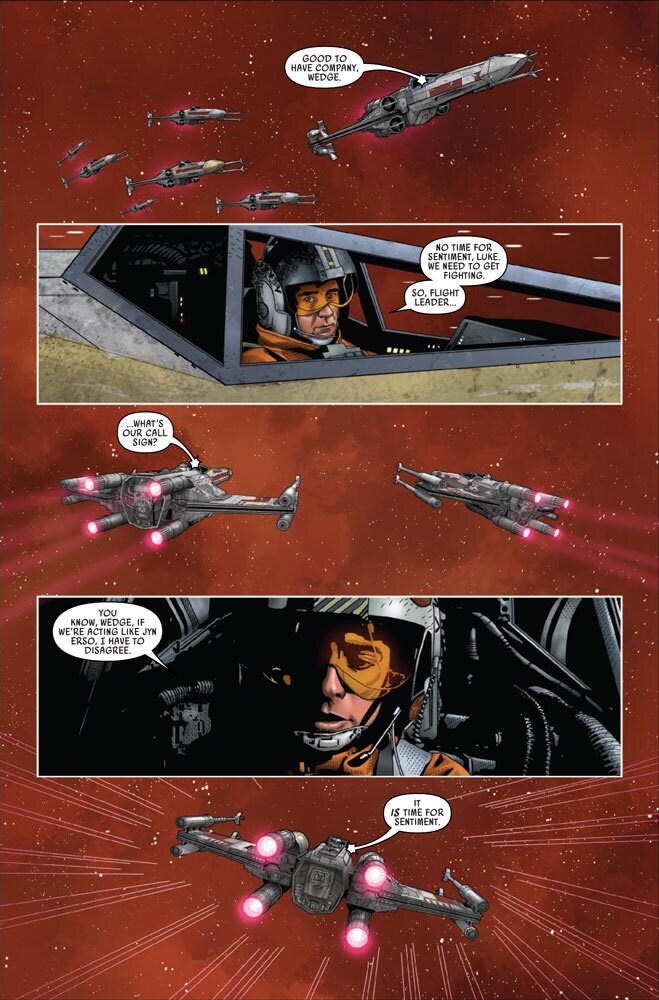 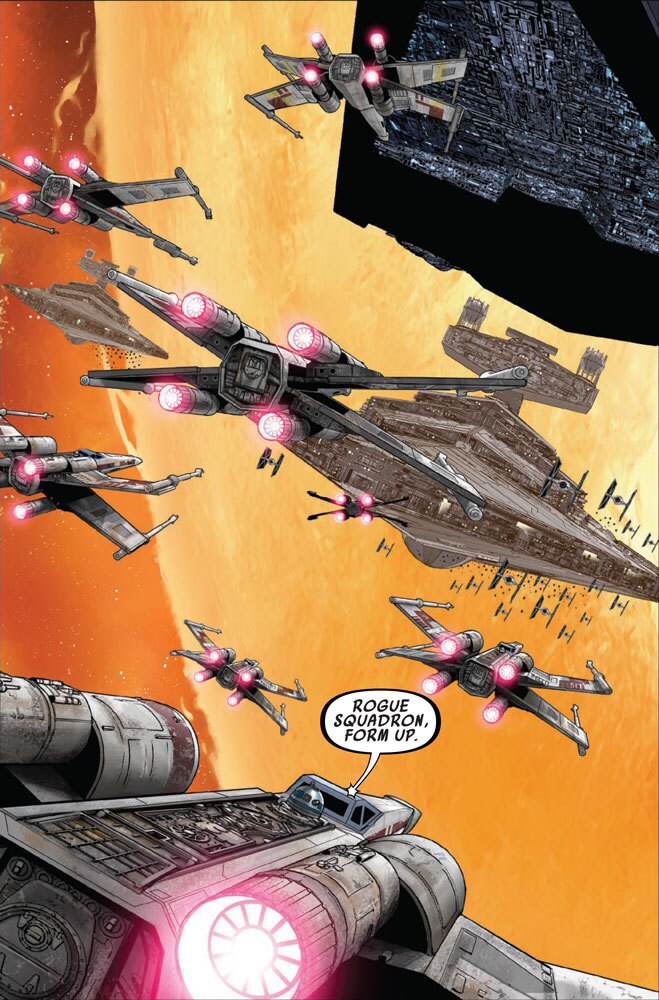 It wasn’t until the Empire struck back (the first time) over the space docks of Mako-Ta that Rogue Squadron was born, splintering off from Red Squadron. Much like they had years before, the Rebel Alliance found itself in what seemed a hopeless situation. When asked for a call sign after a launch into a desperate battle against orders, Luke remarked to Wedge that it actually was the time for sentiment, and thus, Rogue Squadron in honor of Jyn Erso and her team. As was an unfortunate part of being a member of Red and/or Rogue Squadron, not all of the pilots made it out of that battle alive. 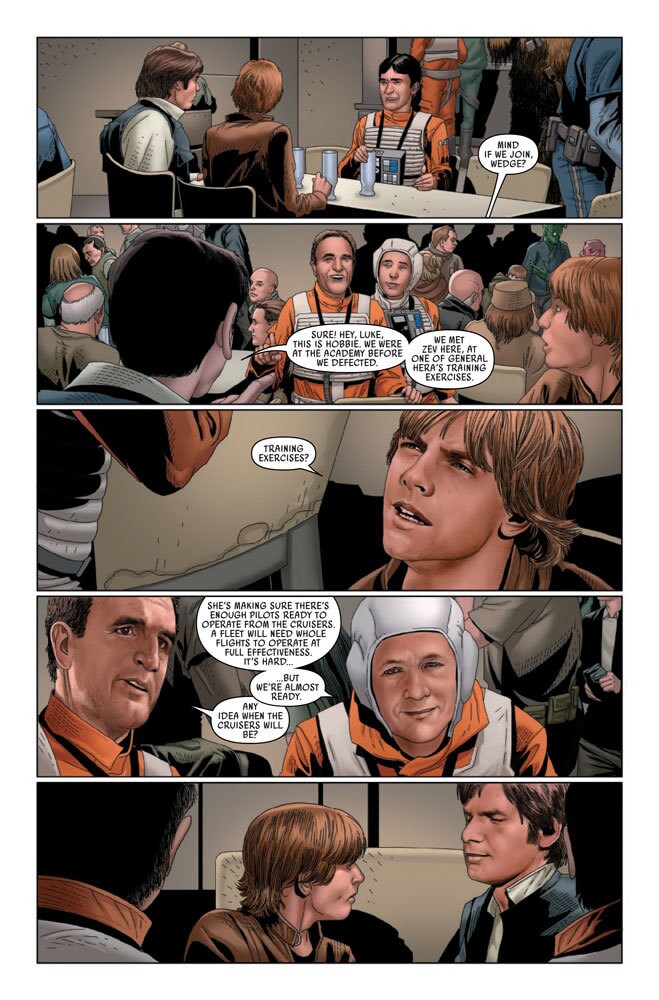 It’s unclear as to when exactly after Mako-Ta Rogue Squadron became established as an official unit within the Rebel Alliance with Luke at their head, but it clearly didn’t take them long to become a well-oiled machine. Slowly but surely, more familiar faces known to fans from the movies started to make their ways towards Red/Rogue Squadron. By the time they got to Hoth, Rogue Squadron had a full squadron’s worth of pilots and gunners once more. Both Hobbie and Zev Senesca introduced themselves to Luke in the mess hall of the space station Mako-Ta prior to the Empire’s attack. It was likely a meeting that would one day lead to them both receiving an invitation to officially join Rogue Squadron (despite Hobbie’s mild case of sudden onset hero worship.) Their roster was also filled with newer faces such as Dak Raltar and Wes Janson, who both served as gunners for Luke and Wedge respectively.

It would be just in time for another crucial battle for the Rebel Alliance. Rogue Squadron flew alongside members of Corona Squadron to buy the Rebellion time to evacuate Echo Base on Hoth and, as always, their efforts came at a cost. Not everyone who jumped into a snowspeeder and went out to face the AT-ATs would return to base to jump into their X-wings and escape. Red Squadron, however, would go on to take on the Empire in the Battle of Endor.

Both Red and Rogue Squadron have left a legacy in the story of the Rebellion, and in the hearts of Star Wars fans.