Empire at 40 | The New Vehicles of Star Wars: The Empire Strikes Back

From Boba Fett’s Slave I to the unforgettable AT-AT walkers, we examine the ships and vehicles that made their debut in the sequel film.

Star Wars: The Empire Strikes Back gave us a slew of iconic new vehicles, from the mechanical stomping AT-AT to the elegantly gliding cloud car. Let’s take a look at these new additions to the galactic fleet. 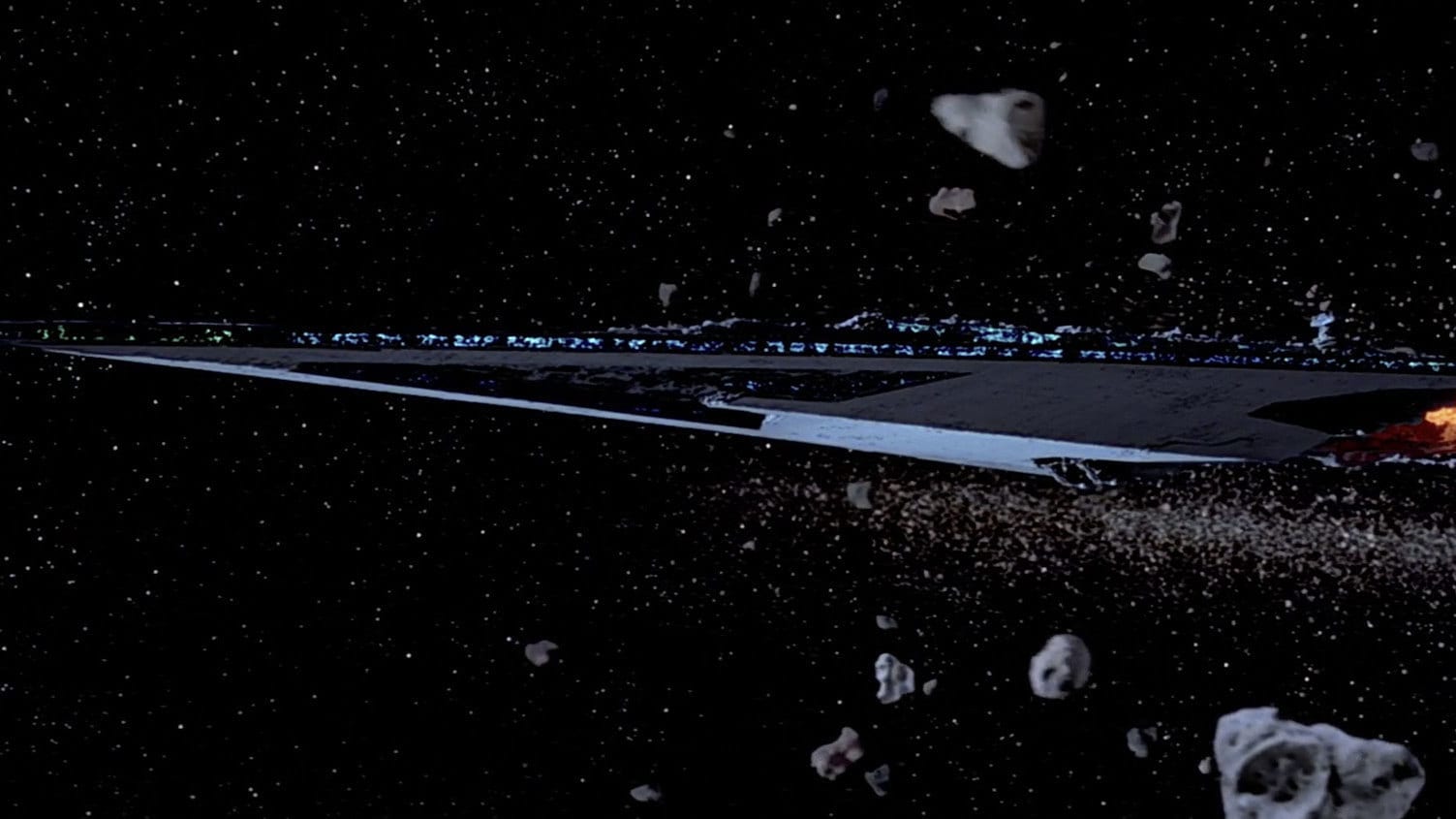 Coming in at 19 kilometers long with 5,000 turbolasers, an ion cannon and a class 1 hyperdrive, this terrifying floating city dwarfed the imposing Imperial Star Destroyer (ISD) II (which also debuted in Empire), essentially relegating them to escort vessels as it jumped into rebellious systems across the galaxy. Serving as the command ship of Darth Vader himself and heading up his aptly named Death Squadron, the Executor carried a flotilla of ships including numerous TIE fighters, TIE bombers, Imperial shuttles and more. A statement of intent from the Emperor, these dreaded destroyers may have been built in small numbers but starkly represented the might of the Empire’s fist.

Behind the Scenes: Models made by the ILM model shop often employed what are known as “greeblies,” adding texture to the surfaces of ships and battle stations. One of the greeblies added to the surface of the huge Super Star Destroyer model was a toy soldier.

Retrofit to maintain performance in the thin air of the icy skies of Hoth, the T-47 airspeeder -- better known to audiences as the snowspeeder -- was a swift and agile atmospheric vehicle capable of taking on the might of the Imperial war machine. Originally built as a cargo vehicle, the militarized version had a pilot to the fore and a gunner to the rear manning the magnetic harpoon and tow cable as well as controlling the laser cannons via targeting systems. The T-47 could be outfitted for water worlds, desert planets, and swamps, but the model would be forever associated with the snow-swept plains of Hoth.

Behind the Scenes: It’s hard to imagine the snowspeeder being anything other than the design seen in Ralph McQuarrie’s concept paintings, but early ideas considered building the speeders from X-wing and Y-wing parts. Those designs later made their way into Star Wars: The Rise of Skywalker in the background of the Resistance base.

We may have seen one come to a sticky end at the finale of Rogue One: A Star Wars Story as it smashed into the ISD Devastator, but in Empire, 13 GR-75 medium transports made good their escape, blasting off from Hoth as the v-150 Planet Defender ion cannon fired from Echo Base, disabling the ISD Tyrant. At 90 meters long with a class 4 hyperdrive, these vessels were never built for speed, but were capable of carrying anything up to 19,000 metric tons of cargo, and of course many rebel soldiers, equipment, and consumables. A malleable vehicle, they could serve as troop transports, medical ships, rescue vessels or in any manner of roles but their lightly armored exteriors meant they had to be shielded and protected by the fleet.

Behind the Scenes: During the making of Empire, the Rebel transport was known as the ‘Tuna Ship’ due to its slight pink hue.

You can thank General Veers for bringing these mechanical monstrosities into the field of battle on the ice plains of Hoth as the Empire’s Blizzard Force advanced toward the shield generator. Over twenty-two meters high, heavily armored, replete with heavy laser cannons, turbolasers and depending on internal configuration able to carry speeder bikes, scout walkers, E-web heavy repeating blasters and up to 40 troops, AT-ATs were often the first vehicle to enter the war arena. Oftentimes, their imposing size and strength was enough to make the enemy yield. Thankfully, the warriors of the rebellion were savvy enough to figure out a way to trip up these technological terrors, slowing their progress enough to allow for the evacuation of Echo Base to proceed.

Behind the Scenes: The familiar sound of the walker was created by the legendary Ben Burtt and used a metal stamping machine, made rhythmic to convey the walking motion and a dumpster lid for the knees.

Made famous later by its appearance in Star Wars: Return of the Jedi, the All-Terrain Scout Transport, or “chicken walker” as it is sometimes known, actually made its first fleeting appearance in Empire. Running alongside its more powerful but slower big brother the AT-AT, the AT-ST was a nine-meters-tall, two-crew reconnaissance vehicle that could reach speeds of up to 90 kph on flat terrain and was able to subdue enemy fire from ground-based combatants using its powerful chin-mounted laser cannons. Susceptible to being destabilized as the Battle of Endor would later prove, the AT-ST could easily be taken off its feet by an opponent.

Behind the Scenes: The AT-ST model was originally built by Joe Johnston. After George Lucas saw the model and commented that he thought it was “neat,” the model was stripped, armatures inserted, and the vehicle was added to the Hoth scenes of Empire. 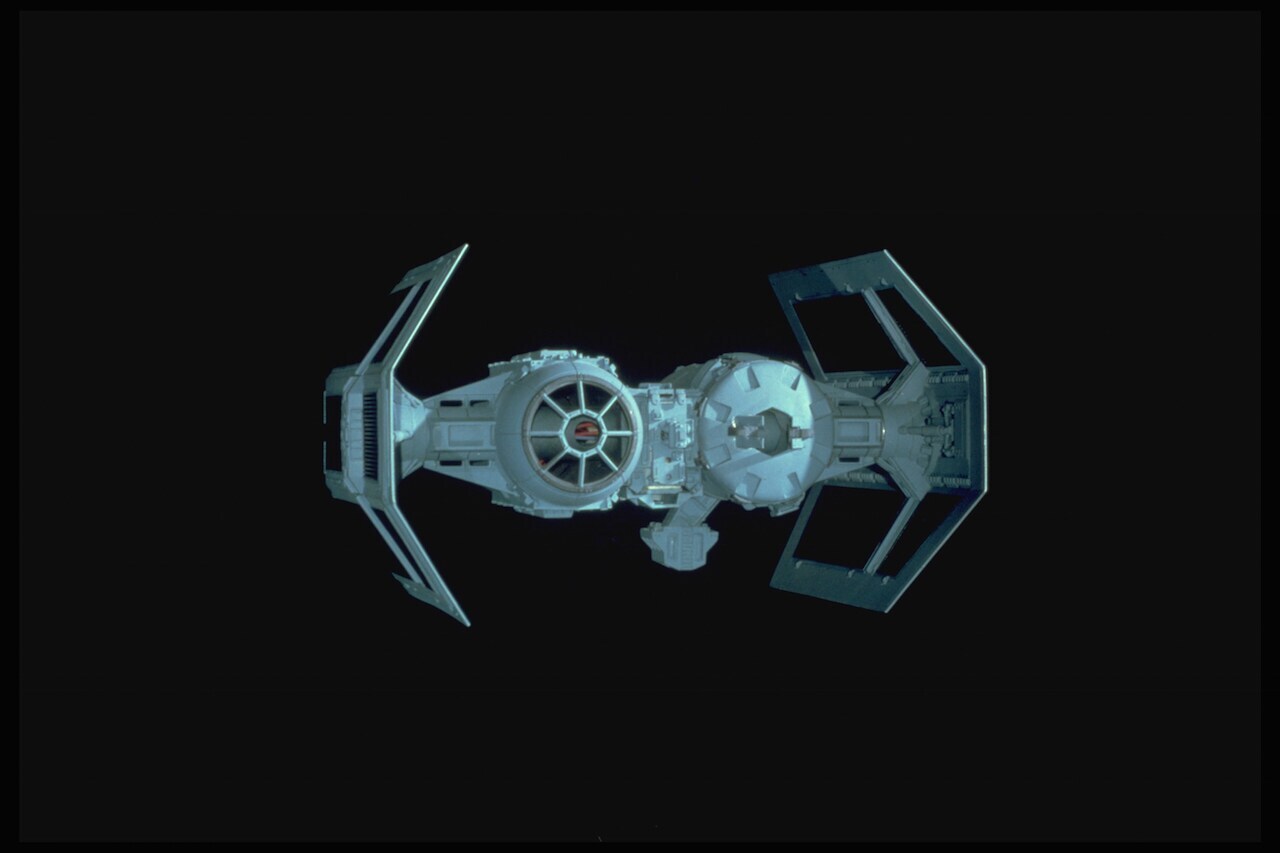 As the Millennium Falcon fled from the grasp of the Empire, ignoring the odds of 3,720 to 1 and plunging into the Hoth asteroid belt with a Star Destroyer and four TIE fighters on its tail, the piloting skills of Han Solo and Chewbacca were enough to evade capture. Unknowingly hidden from sight in the belly of an exogorth, the Empire was determined to flush them out, so the destroyer cleared a path to allow the TIE/sa bombers to do their work. With its two central pods, one for the pilot and the other for ordnance, this eight-meter-long bomber was often sent in first, to carpet bomb ground installations and weaken the defenses of enemy capital ships.

Behind the Scenes: First seen onscreen in Empire, the TIE bomber actually made its first appearance in fiction over two years before on March 14, 1978 in the 12th issue of the Marvel Comics Star Wars title, “Doomworld!”

Of all the new vehicles introduced in The Empire Strikes Back, the TIE/sh shuttle is one that many will be unfamiliar with. Seen only fleetingly as Captain Needa travels from the ISD Avenger to the Executor, this TIE series shuttle was designed to ferry crew and troops between Star Destroyers and Imperial vessels. Slightly smaller in size than the bomber, its wings were bent outwards instead of in, it had no hyperdrive capabilities, minimal weaponry and shielding. The TIE/sh fell out of favor as the more luxurious Lambda-class shuttle assumed many of its duties.

Behind the Scenes: The idea of an Imperial twin-pod boarding vehicle dates back to A New Hope but wasn’t realized until Empire. 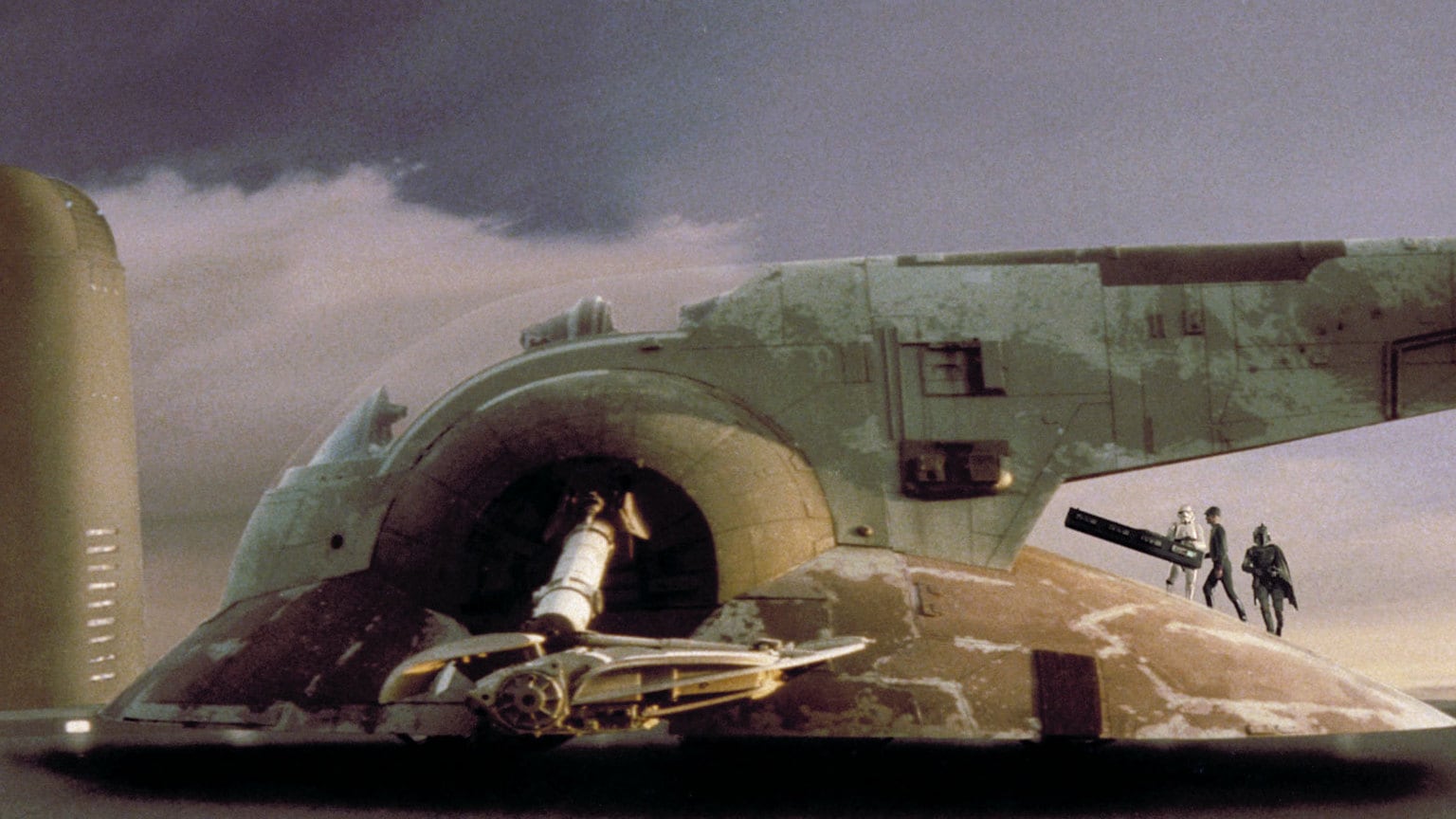 Attack of the Clones chronologically introduced us to the Firespray-class patrol and attack craft owned by Jango Fett, but in 1980 The Empire Strikes Back first revealed this iconic Star Wars ship. One of very few made, this modified former police craft was perfectly built for adaptation, with a dazzling array of countermeasures, armaments, a military-grade sensor suite, offensive weaponry, and blistering speed all making this a highly valuable vessel for Jango and later his son, Boba. This was the ship that carried Han Solo into the skies of Bespin and to the sands of Tatooine to be delivered to the palace of Jabba the Hutt.

Behind the Scenes: It’s widely believed that the design of the ship was based on a lamp found outside the ILM building, but The Empire Strikes Back art director Nilo Rodis-Jamero has refuted that claim, saying that his design was actually based on a radar dish.

Our final vessel, the Storm IV twin-pod cloud car, was a locally built atmospheric repulsorcraft that patrolled the skies of Bespin and Cloud City, escorting -- and sometimes firing warning shots across the bow of -- visiting vessels. Easily identifiable with its twin hulls -- one for the pilot and one for the gunner -- and its rusty orange paintwork, the twin-pod cloud car was a familiar sight in the skies of Bespin, traveling between the many tibanna gas mining facilities.

Behind the Scenes: The cloud car was based on an initial design by Star Wars concept art legend Ralph McQuarrie.