See art and hear the stories behind early concepts for the iconic Jedi Master and more.

Some Star Wars characters go through quite a dramatic transformation from concept to the big screen. Go back to the original drawing board, and you’ll find Yoda looking like a garden gnome, Ewoks with flamingo legs, and prequel battle droids resembling Vader’s finest. We take a look at five of our favorite unused versions of beloved Star Wars characters.

Our favorite Wookiee didn’t start off looking like the big walking carpet we know and love. According to famed designer Ralph McQuarrie, George Lucas’ original vision of Chewie resembled a ginormous lemur. After McQuarrie gave it a shot, those designs, including one featuring a bug-eyed alien ape with goggles, were tossed out in favor of another look. Taking a cue from the second draft of the A New Hope script, McQuarrie gave Chewbacca a bush-baby face with pointy ears and fangs. That design got thrown in the trash compactor, too. Yet, more than 35 years later, it inspired the look of Zeb on Star Wars Rebels. 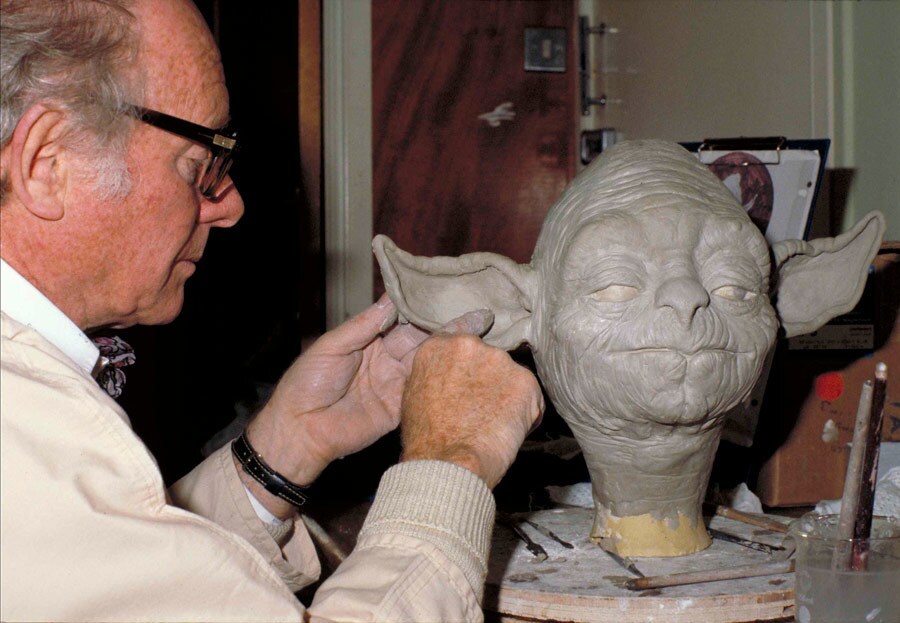 The Empire Strikes Back Sketchbook, originally published in 1980, showcases concept art created by Joe Johnston and his assistant at the time, Nilo Rodis-Jamero. Flipping through the pages, some of the more striking illustrations highlight the evolution of Yoda. While a majority of the images remain close to Stuart Freeborn’s self-portrait sculpt, one in particular hardly comes close to the final version of the pointy-eared master Jedi. An early concept shows a bearded dwarf with a hipster handlebar mustache. His pointy hat and ornate staff puts him more at home in Tolkien’s Shire than Lucas’ Dagobah. 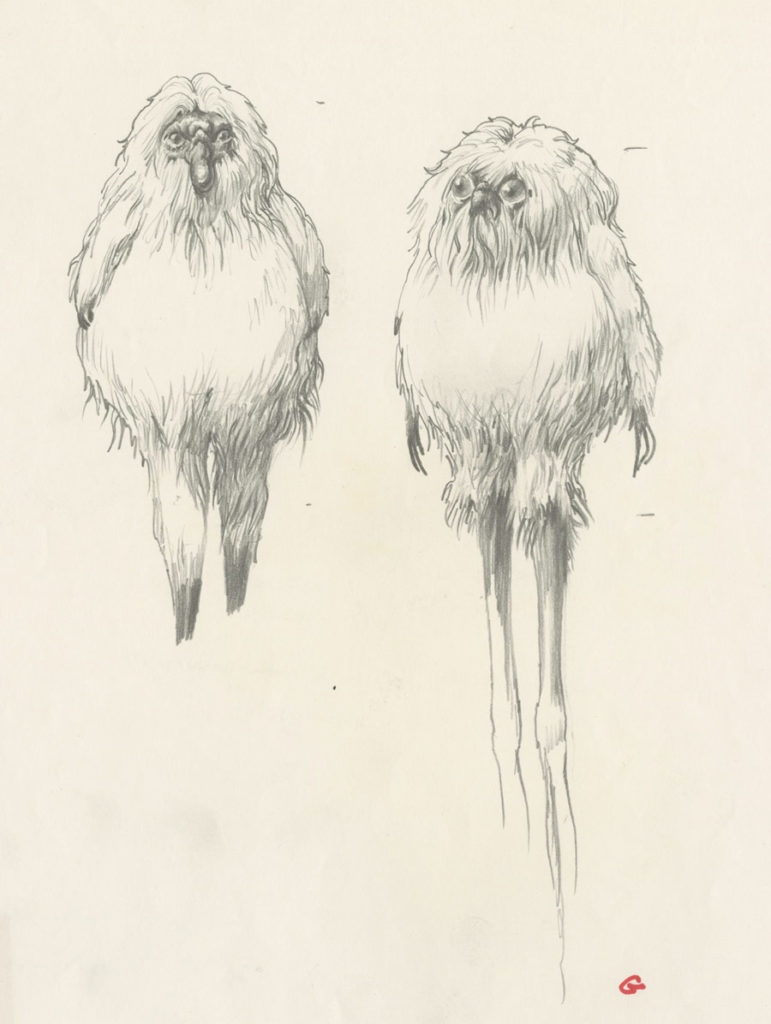 When time came to create the inhabitants of Return of the Jedi, McQuarrie’s take on Ewoks proved fuzzy, but not so squatty. Early Ewok sketches by McQuarrie depicted the creatures with long, skinny legs and knobby knees. The faces look much less bear-like.

When artist Doug Chiang tried his hand at whipping up battle droid concept art for The Phantom Menace in the mid-1990s, one of his earliest designs harkened back to the original trilogy. Although clearly robotic, the droids’ facial features serve as a nod to the helmets worn by Imperial stormtroopers. 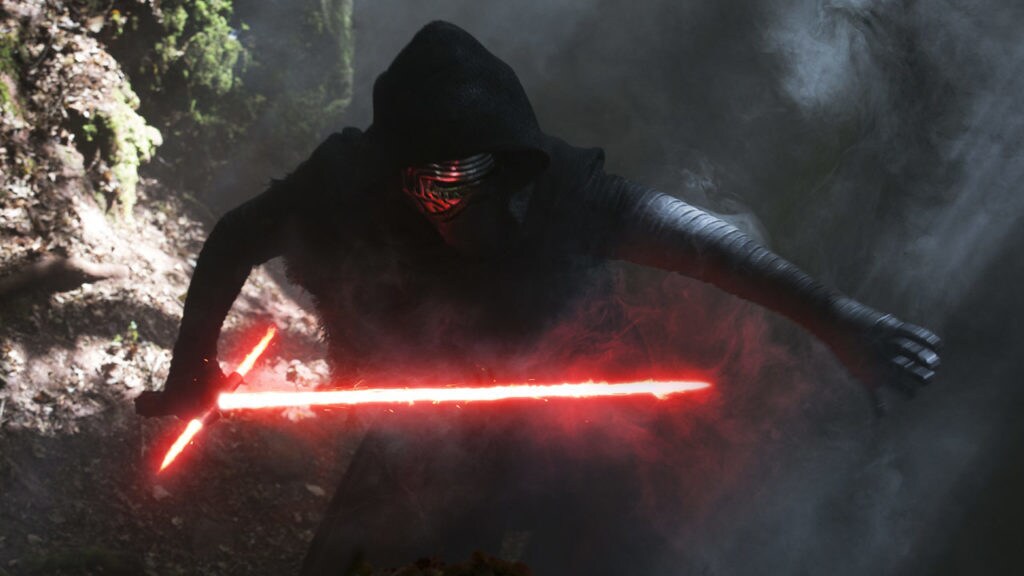 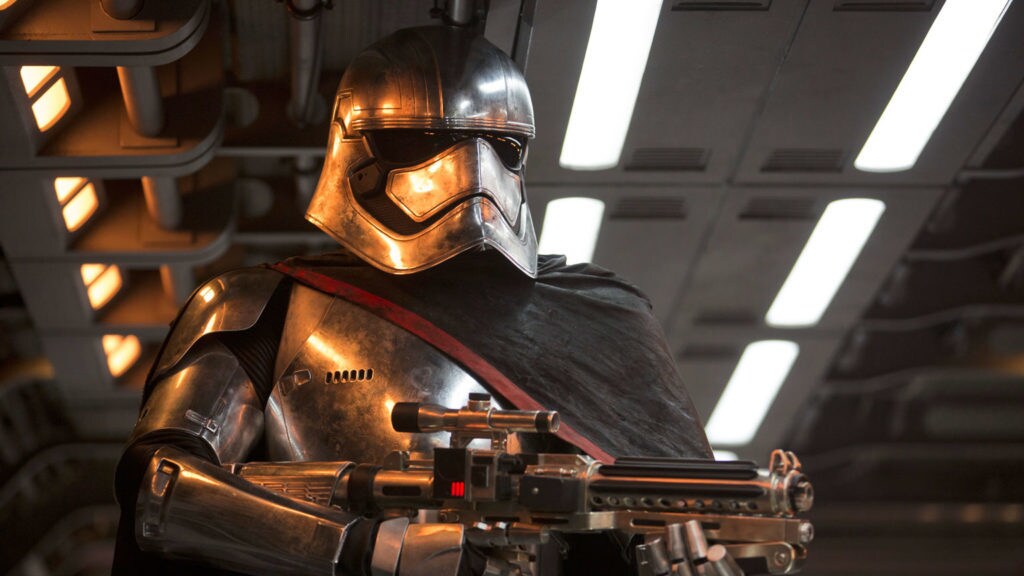 The dark side of Ben Solo in The Force Awakens nearly looked completely different, yet not unfamiliar. Costume designer Michael Kaplan envisioned Ren’s duds as sparkling silver armor, a sort of “Lord of the Stormtroopers,” he said. Concept artist Dermot Power brought the look to life. However, director J.J. Abrams slashed the idea with the swiftness of a lightsaber. Still, the drawing stayed on the design room wall, eventually catching the eye of Lucasfilm honcho, Kathleen Kennedy. She loved the look, which inspired Abrams to add the character of Captain Phasma to the mix.