On the planet of Kashyyyk, you are now part of an important mission to help the Wookiee natives.

As Cal Kestis, the protagonist in the forthcoming console game Star Wars Jedi: Fallen Order, players must be prepared to emerge from hiding and wield a lightsaber and the power of the Force to help the galaxy and potentially rebuild the fallen Jedi.

During an exclusive panel at EA Play earlier today, game makers from Respawn -- Vince Zampella, head of Respawn, and Stig Asmussen, the game’s director -- introduced the world to the first few minutes of real-time game-play of the former Jedi Padawan Cal on a mission to the familiar forest planet.

"Stig and his team have done an amazing job," Zampella said after the extended peek at gameplay was played. The unedited footage featured Cal traversing the Kashyyyk level with his diminutive and faithful droid companion BD-1. Although uniquely suited to introduce fans to a new cast of characters in an era that’s gone largely unexplored in the past, creators said there will be some familiar places and faces, including guerrilla rebel Saw Gerrera voiced by Forest Whitaker reprising the role, as well as new planets to explore and never-before-seen characters to meet.

Set in the dark times, just after the execution of Order 66 when the majority of the Jedi Order has been destroyed and survivors are being hunted down, Cal has been hiding in plain sight carving out a new life as part of the Scrapper Guild when the game begins. But when a work accident spurs him to use his abilities with the Force to help a friend, he must flee to save himself and evade capture. On the run during this single-person action-adventure game, he must stay one step ahead of the Empire while simultaneously unraveling an ancient mystery that could help restore the Jedi Order. "Totally canon," Asmussen said, noting that the story was developed closely with Lucasfilm.

When we first met the character at Celebration, fans had just seen Cal emerging from hiding. Now we get our first look at the whole crew of characters aiding Cal in his quest, including the new droid, BD-1, who provides helpful information and assistance. "Story-wise, he's Cal's companion," Asmussen said. A short form of Respawn’s nickname for the character, “Buddy Droid,” BD-1 is voiced by legendary sound designer Ben Burtt, who helped create the sound for iconic droid counterparts including R2-D2 and BB-8. In-game, BD-1 serves many functions including hacking doors, scanning new environments, emitting a flashlight in dark corners and a meter for the character’s health, and can even help heal Cal in battle. 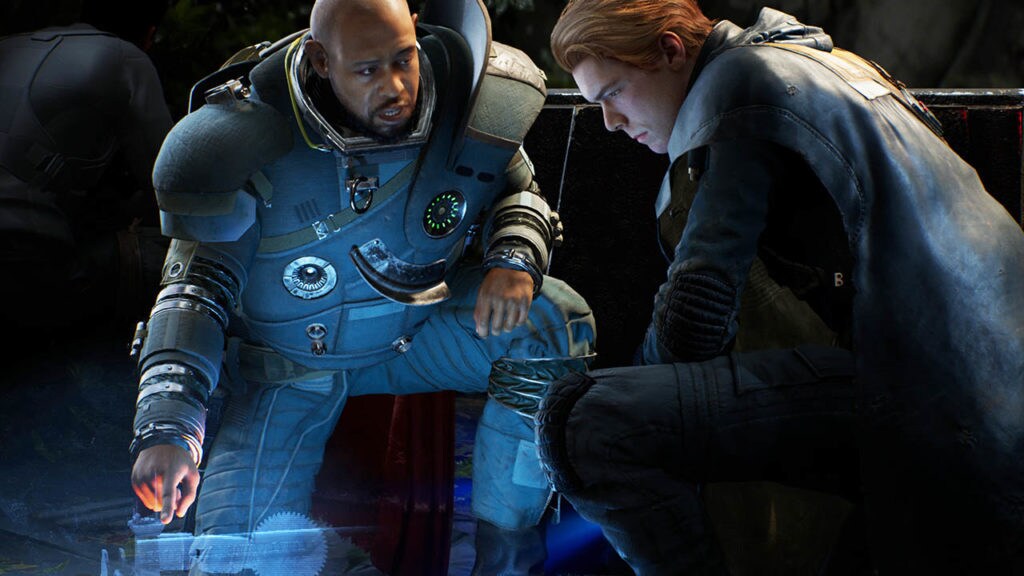 Perhaps one of the most satisfying aspects of the game is the ability to wield a lightsaber and use the Force through the third-person gameplay. But it won’t be easy. A skilled player will need to block, parry, and deflect with just the right timing. And different enemies require different combinations of moves. Asmussen and the team refer to it as “thoughtful combat,” which will make for more challenging encounters when battling multiple aggressors and ultimately lead to a more satisfying victory.

The power of the Force

"It's not just lightsabers, it's the Force, as well," Asmussen said. The game will also introduce never-before-seen Force abilities, including Force slow, the ability to slow down another person or object. Similar to Kylo Ren’s use of the Force to freeze a blaster bolt in mid-air in Star Wars: The Force Awakens, light side user Cal can manipulate the Force to create an effect somewhere between a Force push and a Force pull, as if they’re running through water. 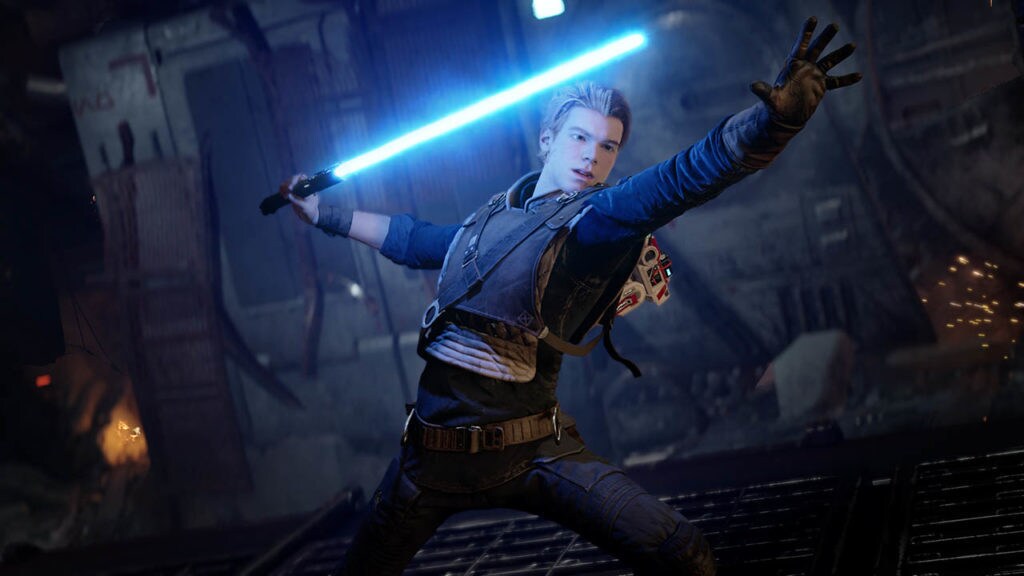 The game also introduces the young Padawan’s ability to run on walls, a Respawn gameplay classic move, which will incorporate the use of the lightsaber to simultaneously deflect blaster bolts, Zampella added. Asmussen said pairing lightsaber skills with Force abilities can lead to almost endless combinations, including the Force slow and a lightsaber throw, but as in other Respawn games, it will be most important to nail the jumps, leap for ledge hangs, and use your powers to navigate the obstacles in your path.

Variations on the classic stormtrooper will appear in the game, including the all-new purge trooper, specially trained soldiers who can combat Jedi and other Force-sensitive characters and are harder to beat in battle. You will also get into scuffles with scout troopers and have to avoid the intense heat from the flame troopers’ special artillery. 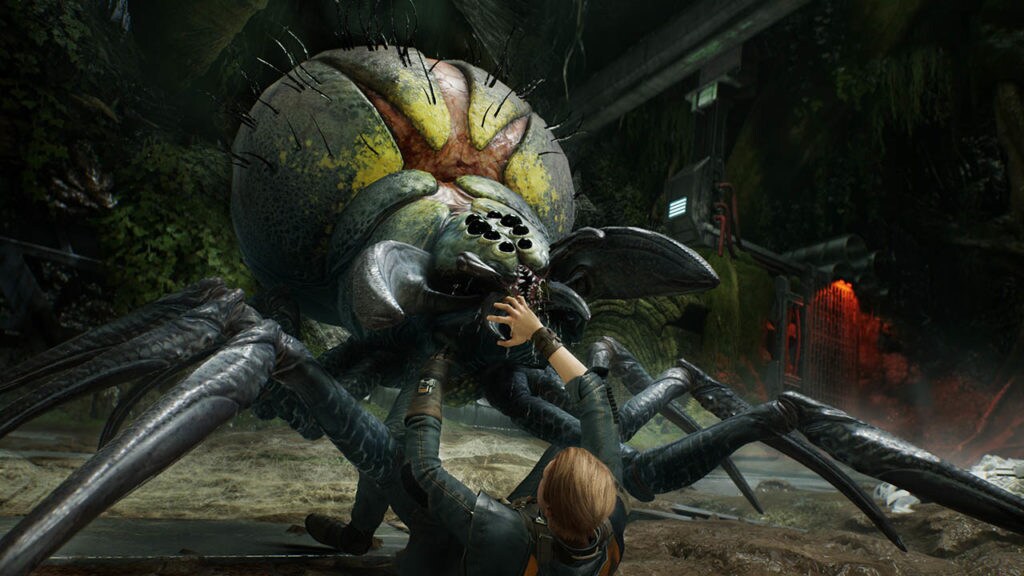 AT-ATs, or All Terrain Armored Transports, are back along with the special agents of the Empire, the Inquisitors, introducing the Jedi hunter Second Sister. Among the new and formidable opponents, you will encounter KX security droids, and terrifying wyyyshock spiders.

And there's a lot more we haven't seen, Zampella promised. We’ll have to wait until later this year when we can try to game for ourrselves and, at long last, learn to fight like a Jedi.

See more screenshots and watch the full gameplay reveal below! 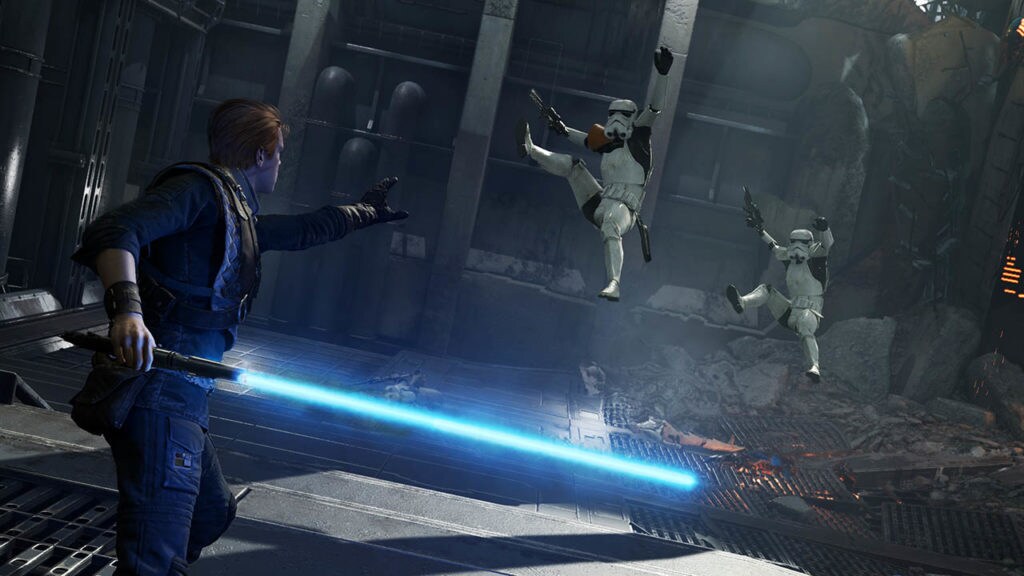 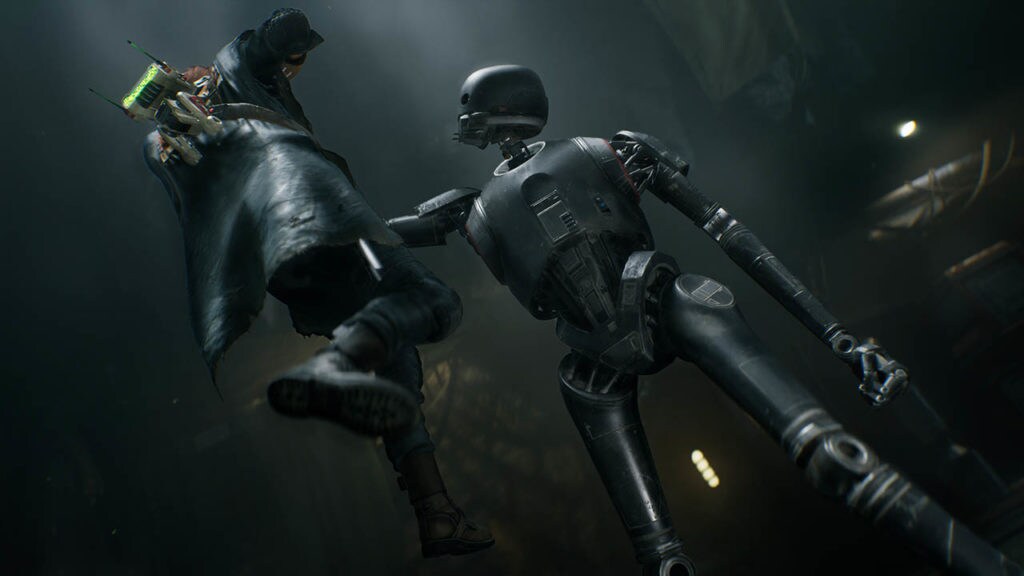 Star Wars Jedi: Fallen Order arrives November 15 on PlayStation 4, Xbox One, and PC, and is available for pre-order now.

Associate Editor Kristin Baver is a writer and all-around sci-fi nerd who always has just one more question in an inexhaustible list of curiosities. Sometimes she blurts out “It’s a trap!” even when it’s not. Want to talk more about The Clone Wars? Hop on Twitter and tell @KristinBaver what you thought about today’s episode.