Artist Joel Hustak reveals early illustrations and his process for the droidtastic compendium, out now.

Droids have been an integral part of Star Wars ever since a rebel princess, running out of options, trusted a beat-up but lovable and resourceful astromech with plans to a planet-destroying superweapon. Which is to say, they've been integral since our very first introduction to a galaxy far, far away. Star Wars: Droidography, an in-depth compendium on the mechanical beings of our favorite space opera, arrives today from HarperFestival; it's filled with enough original art of droids to fill a Jawa sandcrawler, as well as fun pop-up functionality, making it a rewarding read for fans of all ages. StarWars.com, in traditional Artoo fashion, downloaded some secret spreads and early sketches from the book, and caught up with Droidography artist Joel Hustak for commentary into his process, from illustrating the saga's original golden protocol droid to adapting Professor Huyang from Star Wars: The Clone Wars. 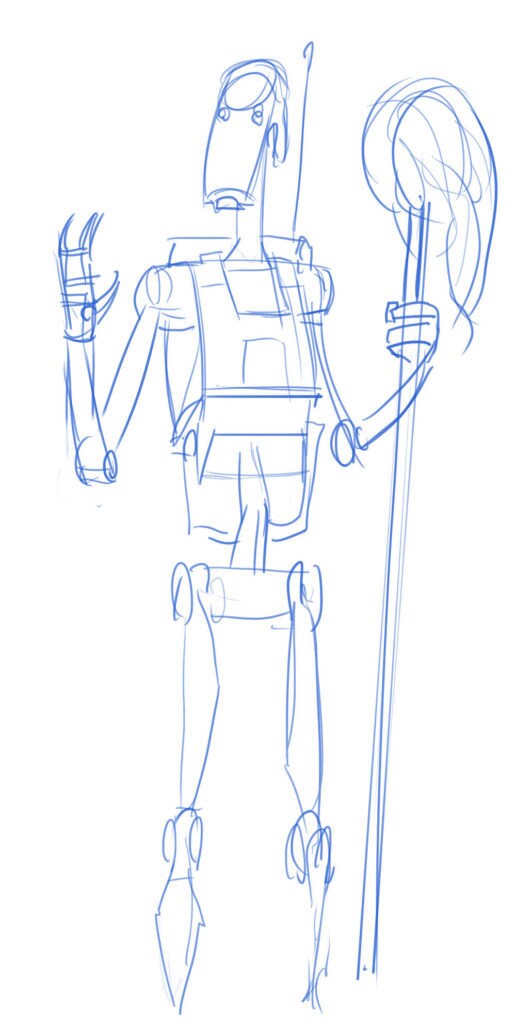 On adapting Roger from LEGO Star Wars: The Freemaker Adventures into a more real-world look:

"I found Roger to be pretty straightforward because I was able to use the battle droids from the prequel films as reference. I just tried to find exactly which version of battle droid he was consistent with and then figure out how the coloring would translate. There are little details that differ, like his arms and body are different, and he has a little insignia on his chest." On the hurdles of illustrating LEGO Star Wars: The Freemaker Adventures' M-OC for Droidography:

"What was much more challenging was adapting M-OC, another Freemaker character. He’s unique to the series and there was no other reference for him outside of the show. In my research, I think the closest thing I could find was a protocol droid but there were still major difference. In the series, M-OC has a typical cylindrical LEGO head with almost a t-shaped horizontal line at the top, so translating that was almost like coming up with something new. I wanted to mimic the LEGO [look] but also try to improvise on it a little bit, so it really presented a challenge." 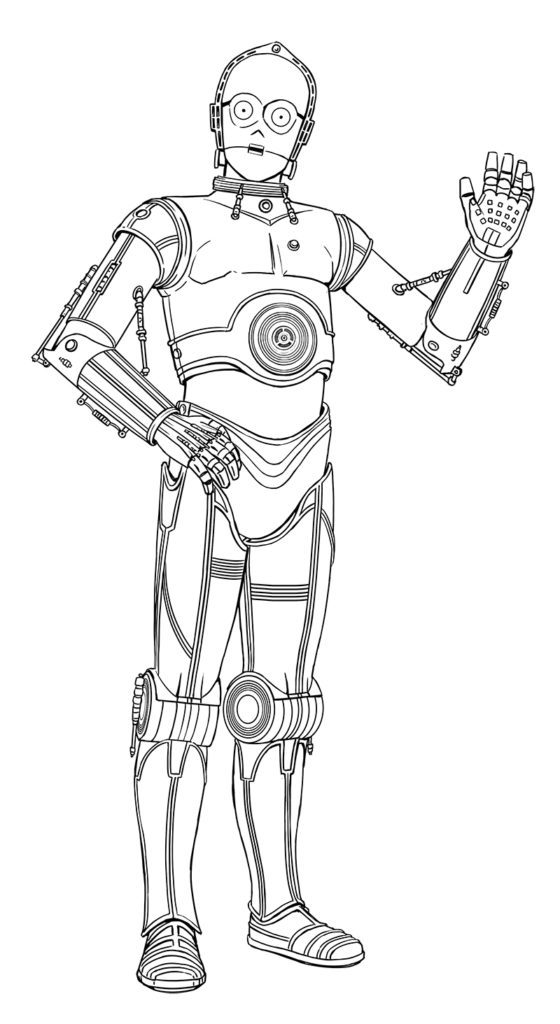 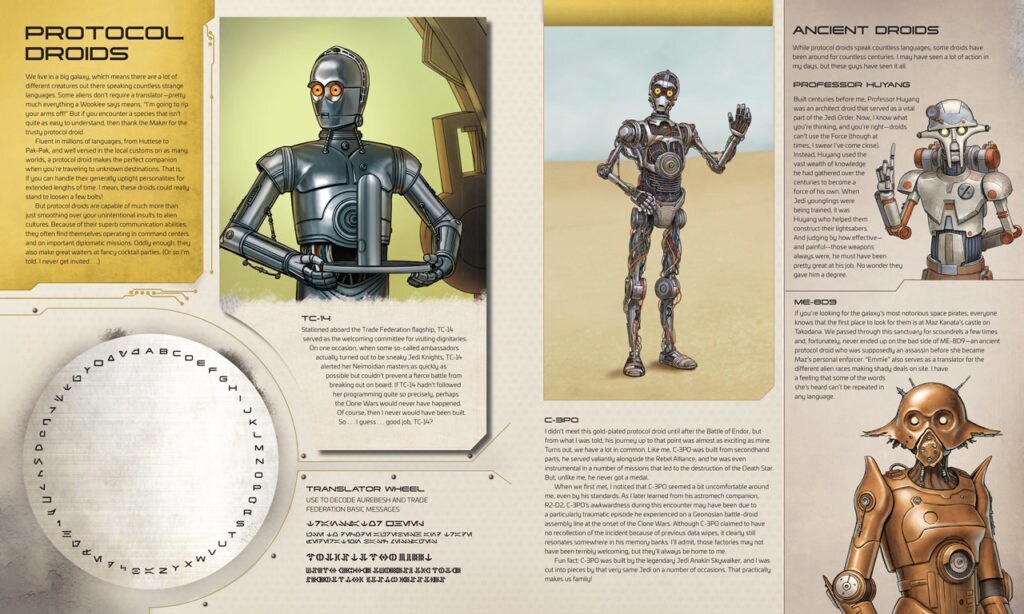 On illustrating the iconic C-3PO in both "naked" Phantom Menace and classic forms in a special overlay flap:

"With all of the illustrations I gathered as much reference as I could and then tried to create a hybridized version that would be true to the reference, but with my own spin on the character. The toughest part was doing the 'naked' version because it’s so detailed and intricate. I tried to be as accurate as possible and to keep it fresh; I just tried to paint it my way. For the illustration of C-3PO’s golden form, I tried to match light shapes and reflections that I saw in the reference photos from the films. It’s not based on any one image in particular, but it’s definitely based on a few." 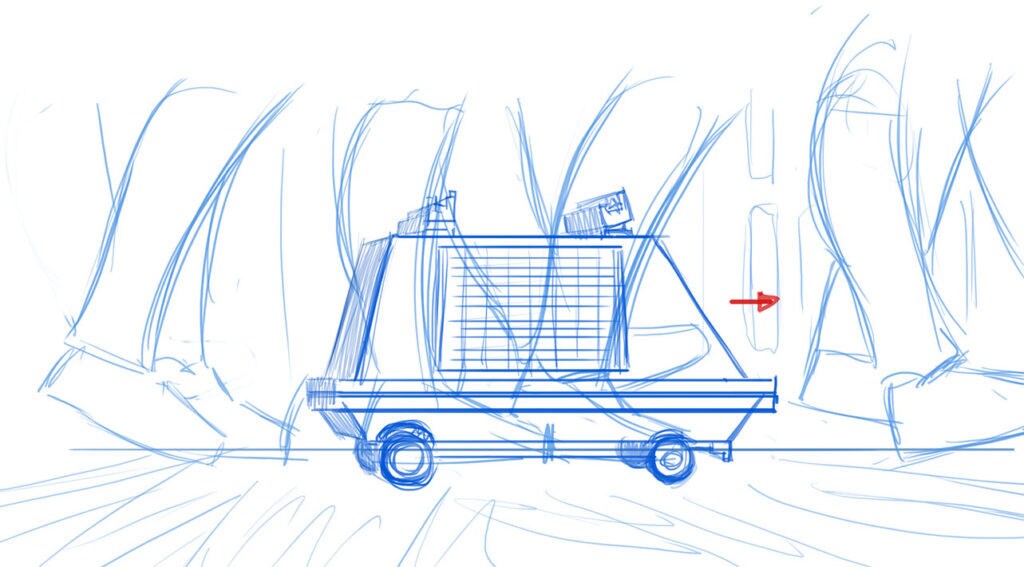 On the technical challenge of crafting a reader-activated pull-tab sequence that sends a mouse droid (a.k.a. the MSE-6 series repair droid) scooting along a Death Star corridor and through the legs of several stormtroopers:

"Well, I miscalculated the size of the mouse droid at first. I thought it would be a lot bigger based on the footage from the original Star Wars film. When I looked up some more specs online I found it to be quite a bit smaller. So that was just an interesting surprise and just getting the right scale proved to be a challenge. I like creating a lot of overlap in my illustrations, so it was fun doing the stormtrooper legs and all the background elements. I had previously created Death Star backgrounds for other projects, so I was quite used to the color palette and the way the reflections worked on the background and those vertical and horizontal white lines. It was a lot of fun." 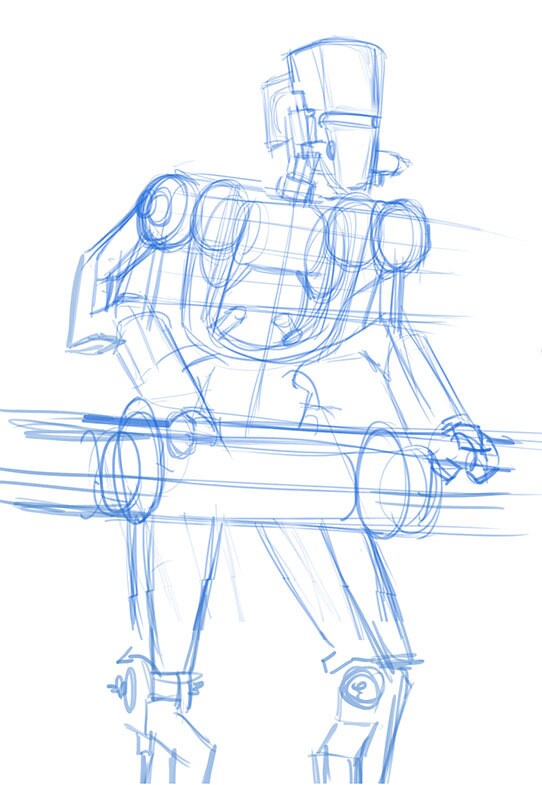 On drawing the ASP-7 labor droid, which first debuted in 1997’s Star Wars Special Edition and has not made many more subsequent appearances:

"This was a tough one. I couldn’t get much detail from the Special Edition clip. The character is kind of in the distance when you see him, so I it was hard to figure out his proportions and textures, and how reflective he needed to be. So some of the details, like how his arm connects to his torso, came out when I was drawing and I really had to figure it out myself. Along with the movie clip, I also looked at the Kenner action figure, but it didn’t really have the same proportions. I would sometimes borrow things from the action figure that might not be visible in the movie but if I couldn’t find a direct line between them, that’s where I would try and find a marriage of the two. I didn’t want to improvise too much, but sometimes it was necessary." On bringing the fan-favorite Professor Huyang from the Star Wars: The Clone Wars animated series to Droidography:

"I didn’t want to change anything on Huyang because he has such a cool design to begin with. I avoided taking any liberties and making it a different style in terms of shape design, because that’s what really stands out on Clone Wars: the proportions of the characters and how the artists handle specific curves and things like that. It’s quite different from the movies. So I would just focus on my general painting style and how I handle the textures, and let that sell the realism a little bit more. I think my texture style may be similar to Clone Wars to begin with, so it was a great fit for me." 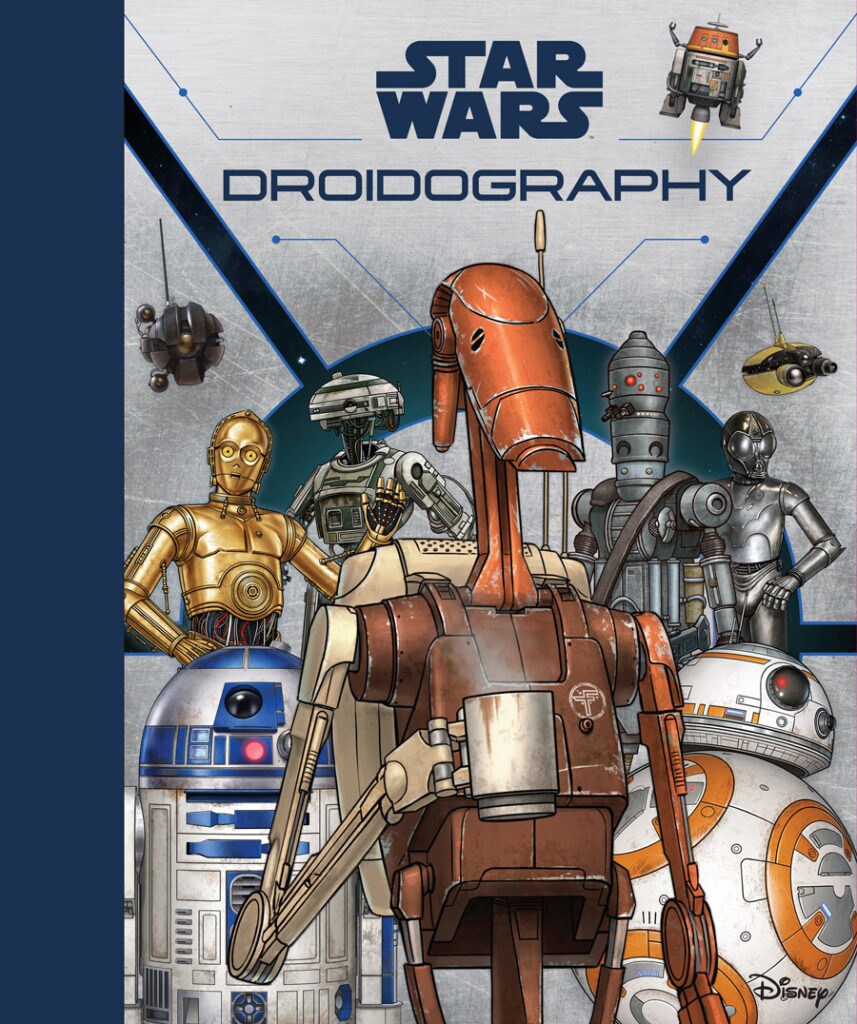