StarWars.com looks at the best moments from last week's comics, previews Darth Vader #22, and discusses the art of the adaptation! 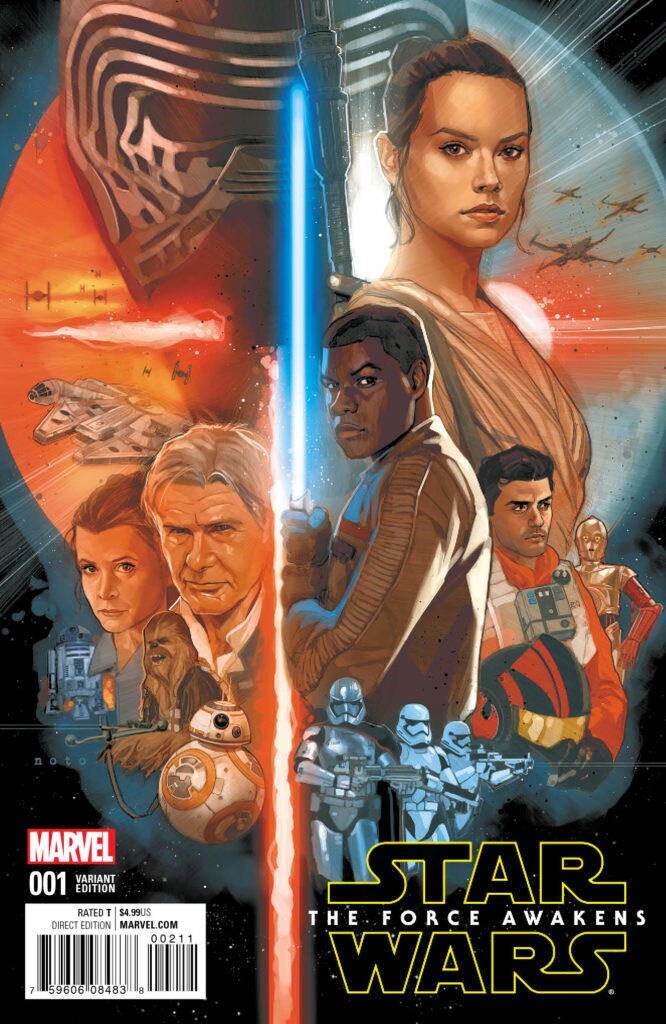 
Top of the Stack: What's Out This Week

This week features Darth Vader #22; prepare to witness Vader’s showdown with an enhanced rancor as he hunts down Dr. Cylo aboard Cylo’s flagship. Meanwhile, Triple Zero and BT-1 have found Dr. Aprha, and are bringing her back to Vader. Aprha has not encountered Darth Vader since the events of Vader Down, and has been on the run from the merciless Sith Lord ever since; it’s not a good time to be Dr. Aphra.

With the comic book adaption of The Force Awakens, the thrill of experiencing a Star Wars film through the lens of a comic returns. This wonderful combination of art and dialogue takes our imagination to places far, far away, and in the hands of Chuck Wendig and Luke Ross, those thrills continue.

For many fans, the original adaptation of Star Wars by Roy Thomas and Howard Chaykin reminds us of our first foray into the world of comics and remains a favorite of the form. Each issue brought the same excitement and action we had loved in this brand new space opera, but in a whole new way.

This spirit is captured beautifully in the new adaptation of The Force Awakens. But as an adaptation, it raises questions. When crafting the script, what dialogue and scenes do you include, and what do you omit? 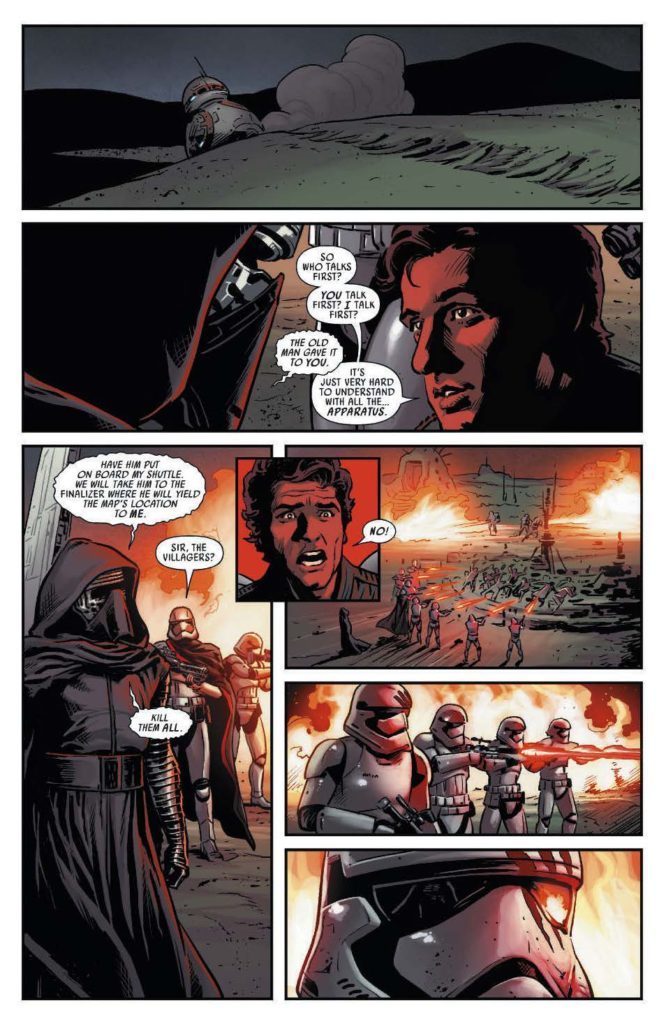 The Force Awakens #1 did not have some of the exposition from the beginning of the film, which allowed for the reader to be inserted immediately into the plight of Poe Dameron, and also omitted the fate of Lor San Tekka. Chuck Wendig’s choice makes sense here, as the exposition provided in the text boxes gives the reader what he or she needs to know. It’s told in a classic pulp style, which adds a unique element to the storytelling.

Comic book adaptations also include extra gems that may have not been included in the feature film. For instance, Sarco Plank gets a closeup, and we delve a little deeper into the mystery of his character. This is a prime example of why a comic book adaptation of The Force Awakens is a cause for enthusiasm amongst Star Wars fans; we get to debate and discuss what could be fleshed out, what could be expanded upon or included, and experience it an entirely different way -- sequential storytelling.

What does a comic book adaptation of a Star Wars film mean to you? What are some of your favorite moments or issues of Star Wars comic book film adaptations? What would you have added or omitted? Let us know in the comments section below!