Find out who voiced this episode's mischievous Kowakian monkey-lizards and more!

Star Wars Resistance is here! The animated series follows Kazuda “Kaz” Xiono, a young pilot recruited by the Resistance and tasked with a top-secret mission to spy on the growing threat of the First Order. Visit StarWars.com following each episode for “Bucket’s List Extra,” an expansion of our weekly fun-facts video series Bucket’s List. In this installment, we look at "Signal from Sector Six." 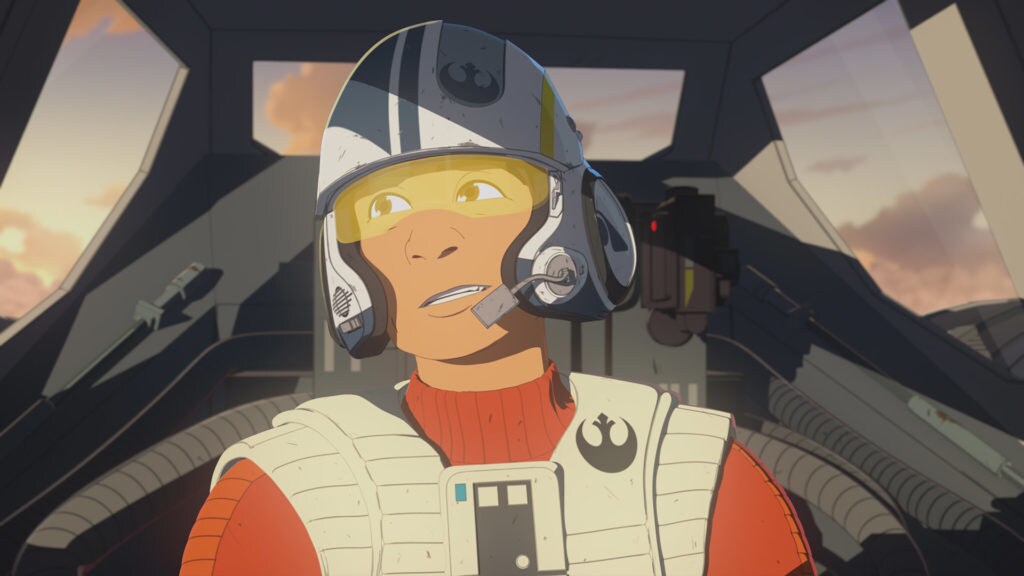 1. The return of Poe Dameron!

While Oscar Isaac’s schedule makes it difficult for Poe to be a regular on the series, he does make an appearance whenever the busy actor -- and the busy Resistance pilot who has other adventures elsewhere in the galaxy -- can make it work. 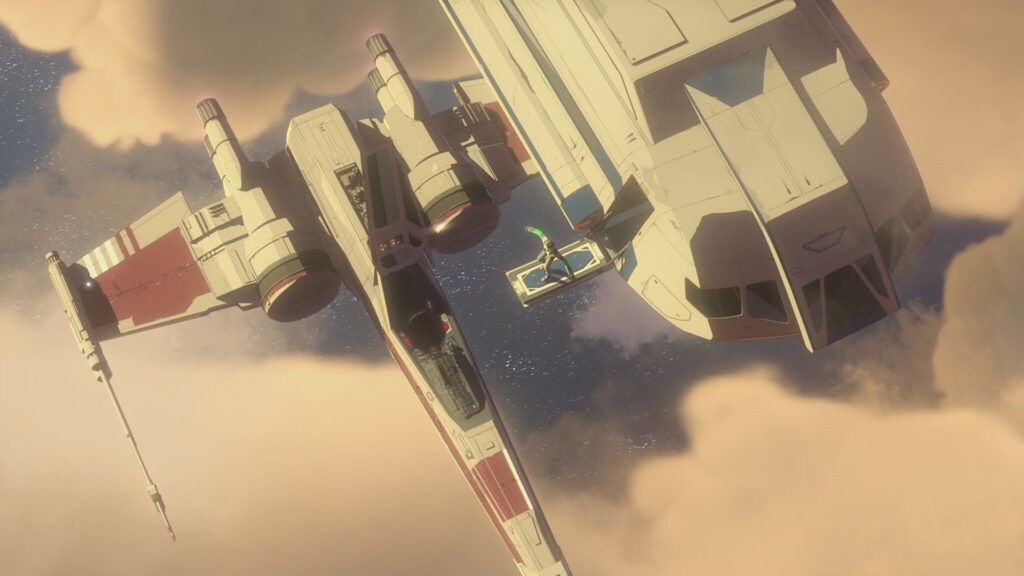 In the original outline to the episode, Yeager was to take Kaz to a nearby atoll, where Poe and CB-23 had landed their X-wings. But in the true spirit of “faster, more intense” Star Wars action, this was restaged to the mid-air transfer to keep the episode moving. 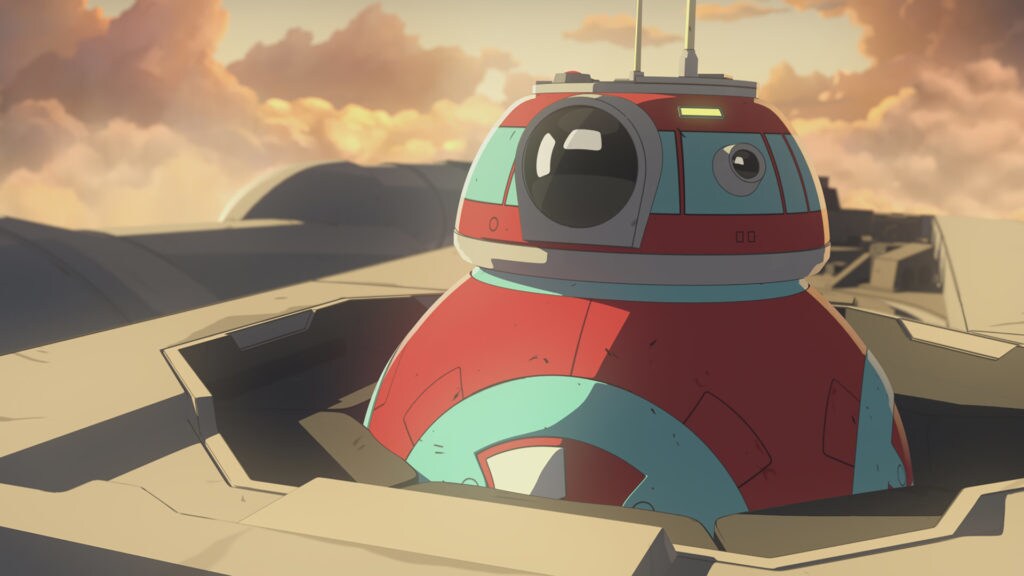 In early stages, Poe’s loaner droid was named BB-23, but having two droids named BB would have been confusing, so she was renamed CB-23 -- which ends up being a nod to Carrie Beck, vice president of development within the Lucasfilm Story Group.

The creatures that Poe lists (see above) as possible hazards aboard the freighter are all beasts that have been seen on-screen in other Star Wars productions. Rathtars memorably bowled over Kanjiclub and Guavian thugs in Star Wars: The Force Awakens, gundarks harried Anakin Skywalker and Obi-Wan Kenobi in the Star Wars: The Clone Wars episode “Dooku Captured,” and the reek was the rhino-like arena beast that Anakin tamed in Star Wars: Attack of the Clones. 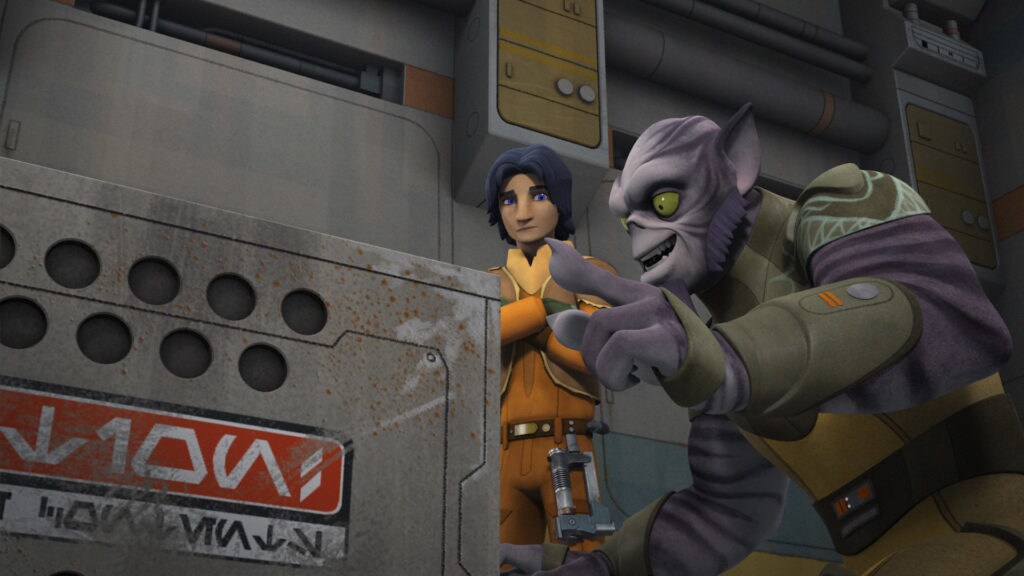 The animal crates that litter the corridors of the derelict freighter are the same used for the puffer pig in Star Wars Rebels. 6. Instructions that should have been followed.

The broken crates aboard the freighter say (in aurebesh text) "CAUTION: HANDLE WITH CARE." Reading is fundamental, especially in a galaxy far, far away. 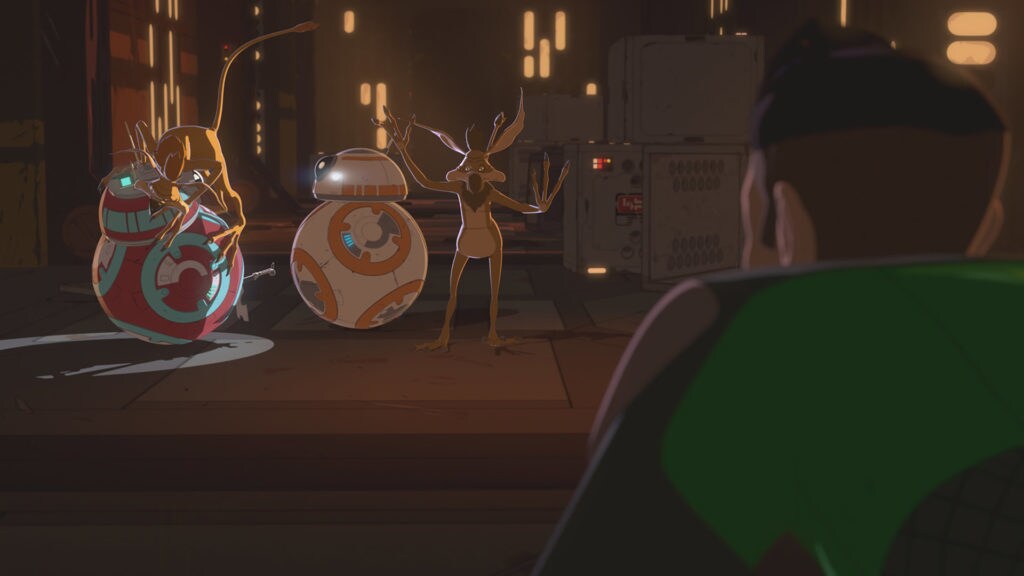 Kowakian monkey-lizards have been around for ages -- since Star Wars: Return of the Jedi’s introduction of Salacious Crumb -- but this episode marks the first appearance of a lumbering Kowakian ape-lizard. This gaggle of Kowakians were voiced by series creator Dave Filoni, along with David Acord and Matthew Wood of Skywalker Sound. According to Amy Beth Christenson, series art director, the design for the Kowakian ape-lizard was based off of the idea that if monkey-lizards were the howler monkeys of Kowak, the Kowakian ape-lizard would be the gorilla. Using that as inspiration, the ape-lizard ended up with short hind legs, with most of the power coming from huge, long, clawed forearms. Its facial features were meant to capture the puppet qualities of Salacious Crumb, and are a distorted caricature of the smaller monkey-lizards. The beast's tusks and the line of bristly hair running down his spine is a nod to another aggressive creature -- a razor-back wild boar. Synara is a Mirialan, a species first seen in Attack of the Clones with the introduction of Jedi Luminara Unduli and Barriss Offee. Especially attentive viewers would have recognized Synara’s pirate allegiance since she appeared in the series earlier. She was seen in the episode “Triple Dark,” flying her modified Lambda-class shuttle with Kragan Gor aboard, but her face was concealed by a helmet. 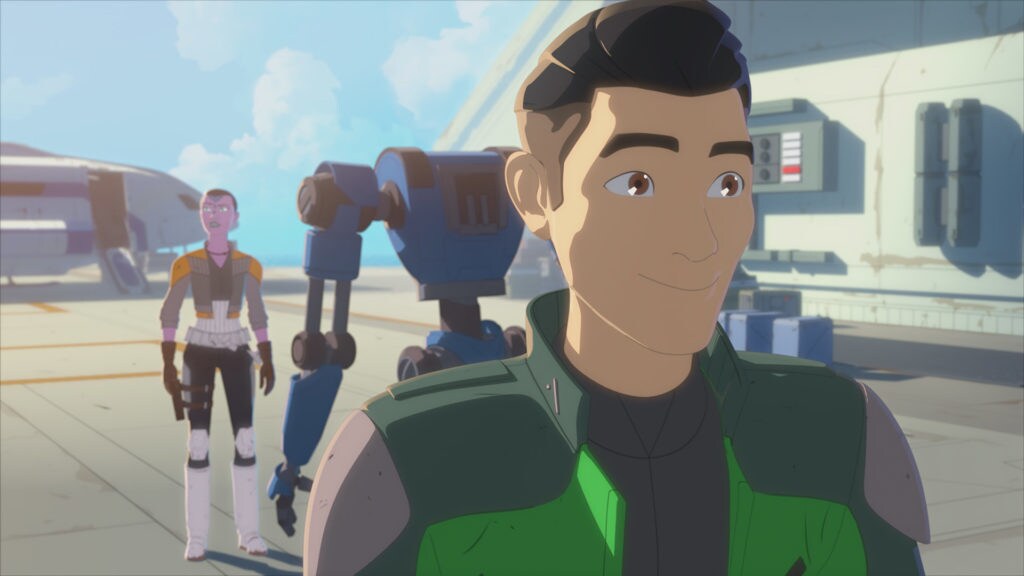 A close look at Synara's costume, which includes the boots and belt of an Imperial scout trooper, provides a hint of her pirate origins.

Bonus fun fact: Earlier designs of Synara included studies of her as a Weequay, as well as a green-skinned Mirialan.