Find out which long-mentioned Star Wars planet makes its first up-close appearance, and much more!

The second season of Star Wars Resistance is here! In Season Two, pilot Kazuda “Kaz” Xiono and his friends aboard the Colossus search for the Resistance base, but the First Order is in close pursuit. Visit StarWars.com following each episode for “Bucket’s List Extra,” an expansion of our weekly fun-facts video series Bucket’s List, often featuring never-before-seen concept art and stills from the show. In this installment, we look at “Rebuilding the Resistance.” 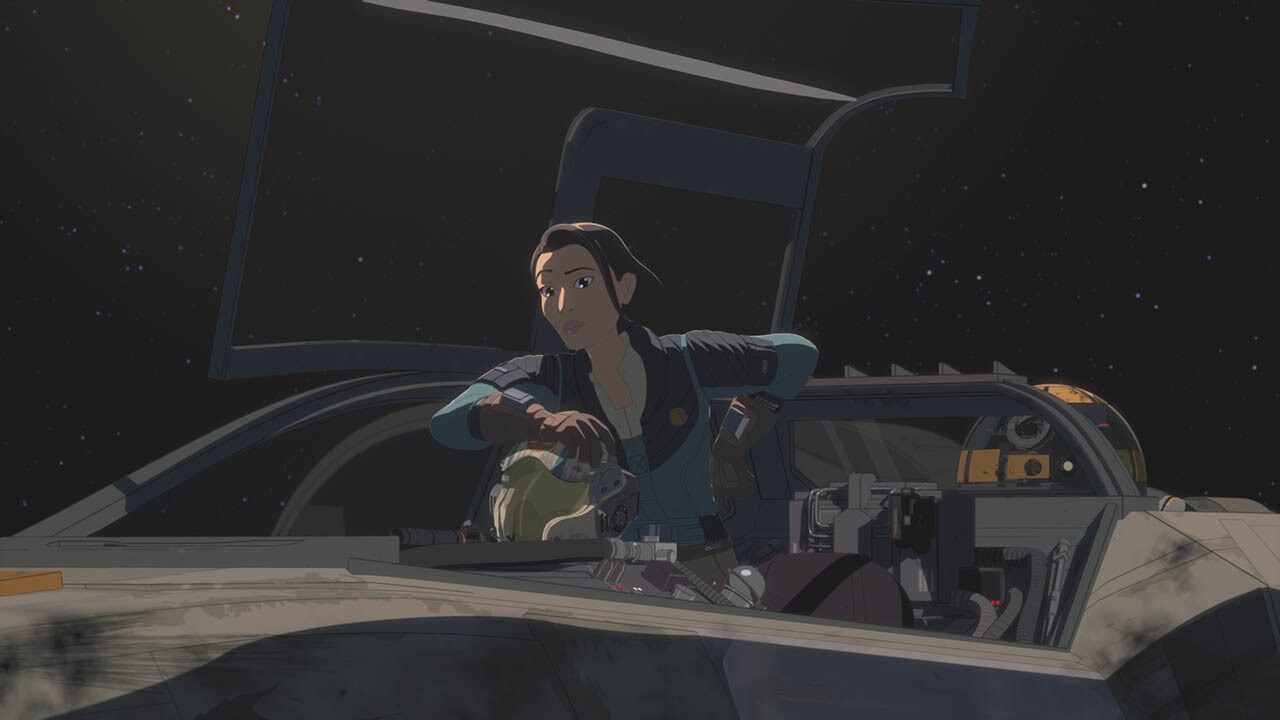 In the early development of the episode, the conversation between Tierny and Tam would have opened the episode, forming the teaser before the title. Instead, Venisa's arrival forms the cold open, more clearly setting up the mission and plot of "Rebuilding the Resistance." 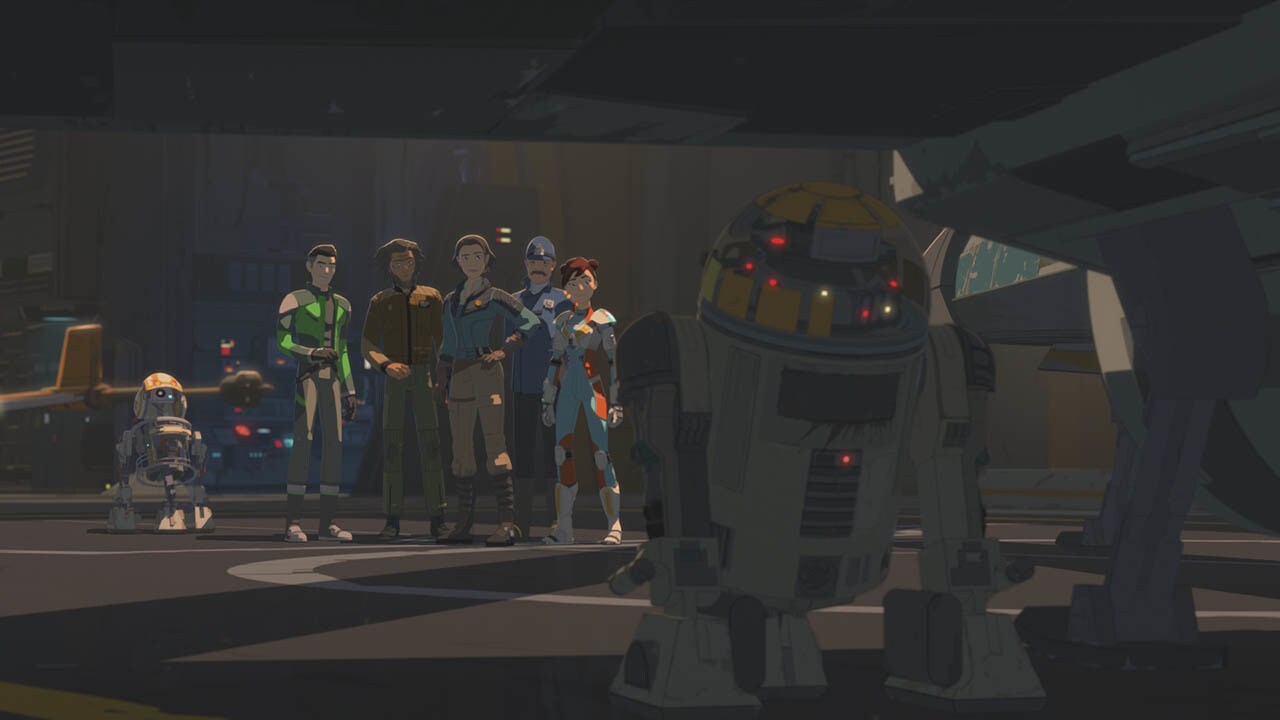 The original outline to the episode described Torch and Bucket’s reunion as “the two droids excitedly exchange a scomp-bump handshake and celebrate, crying oil.” A greeting never sounded so messy! 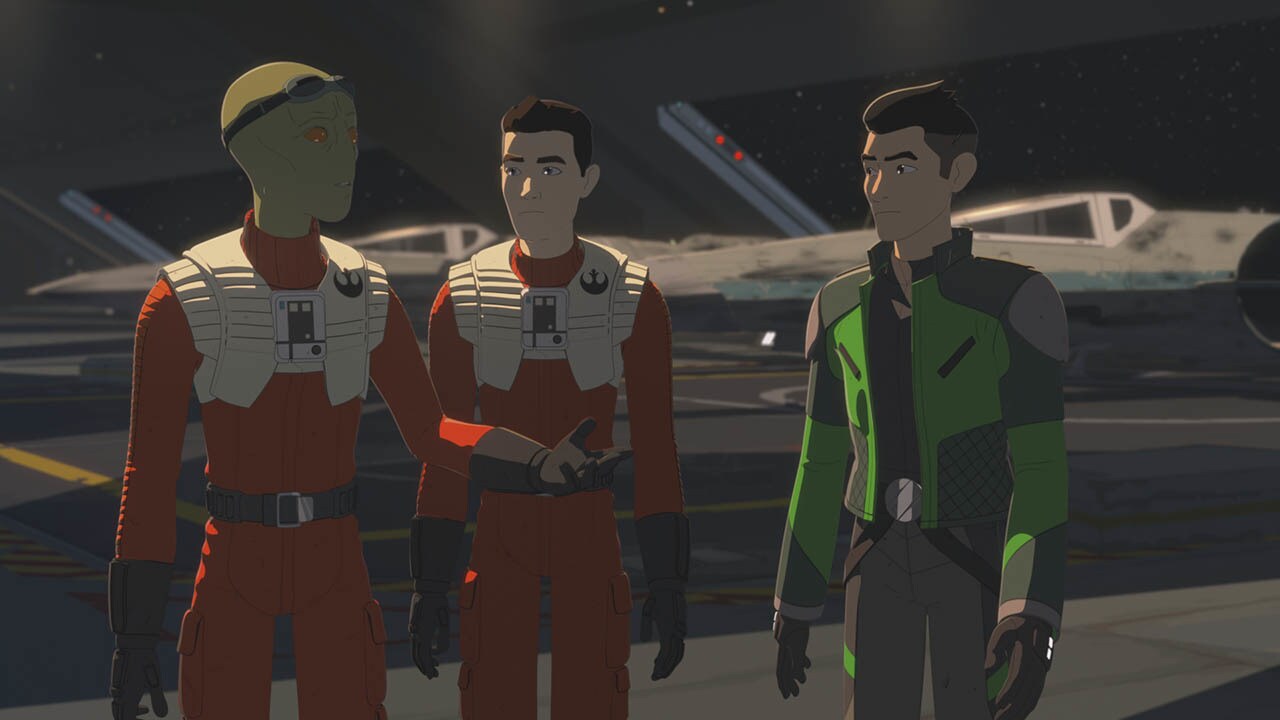 This episode marks the return of Hugh Sion, Kaz Xiono’s wingmate from the very first episode of the series. Sion is voiced by Sam Witwer, who famously voiced Darth Maul in Star Wars: The Clone Wars and Solo: A Star Wars Story. (Hugh is definitely a nicer guy than Maul.) 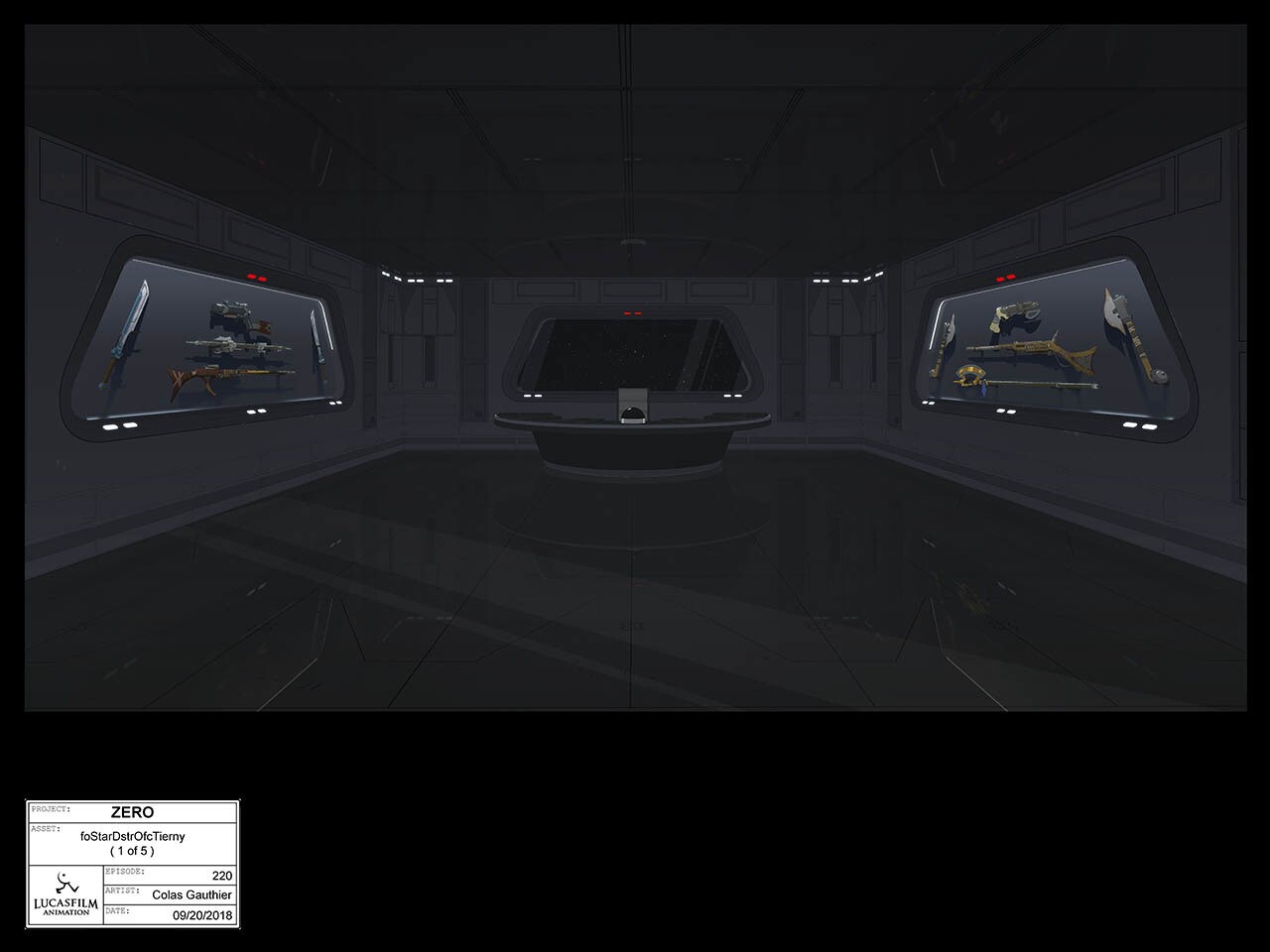 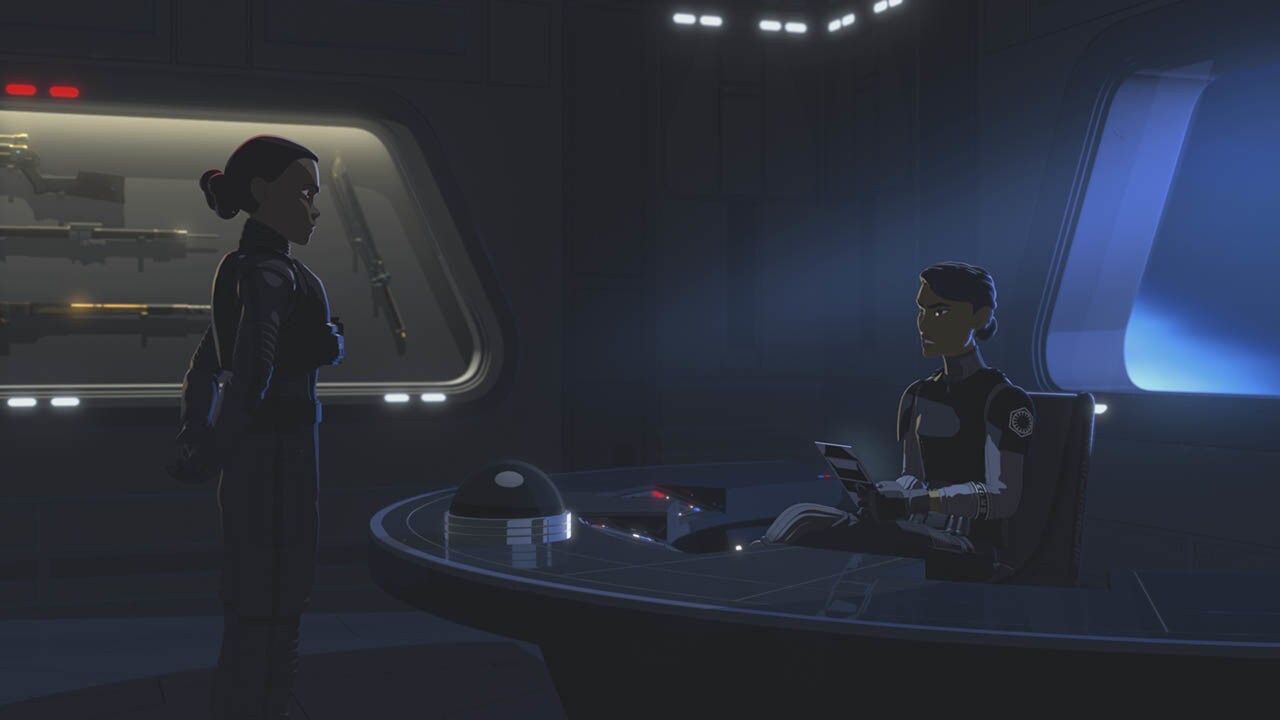 4. Tierny is no art collector.

Much like Grand Admiral Thrawn, Agent Tierny keeps a collection on display in her office on the Star Destroyer. But unlike Thrawn, Tierny has no interest in art. "She keeps an assortment of blasters, to help reinforce the fact that she is a highly-trained weapons expert as well as an interrogation agent," explains art director Amy Beth Christenson. Message received. 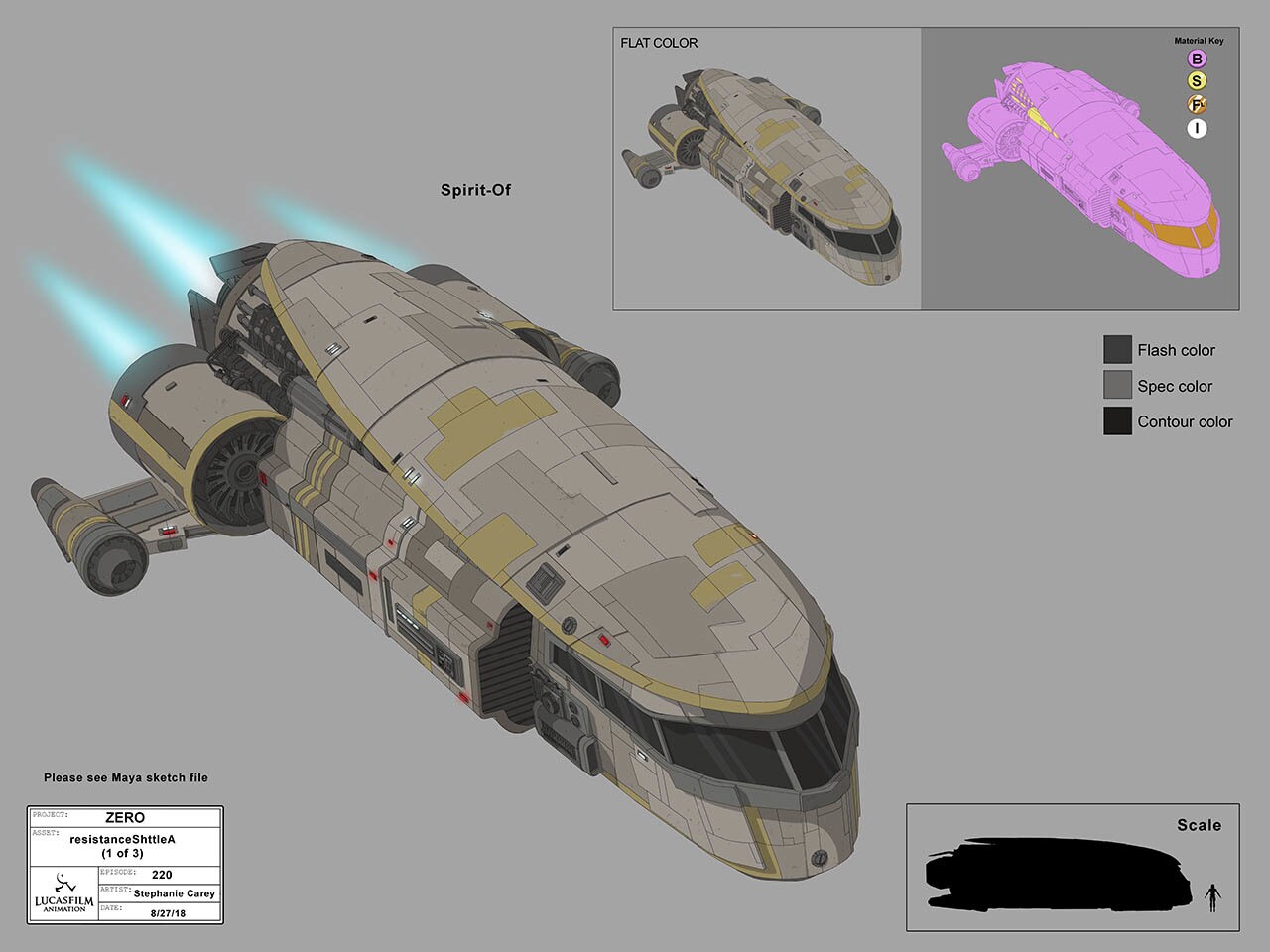 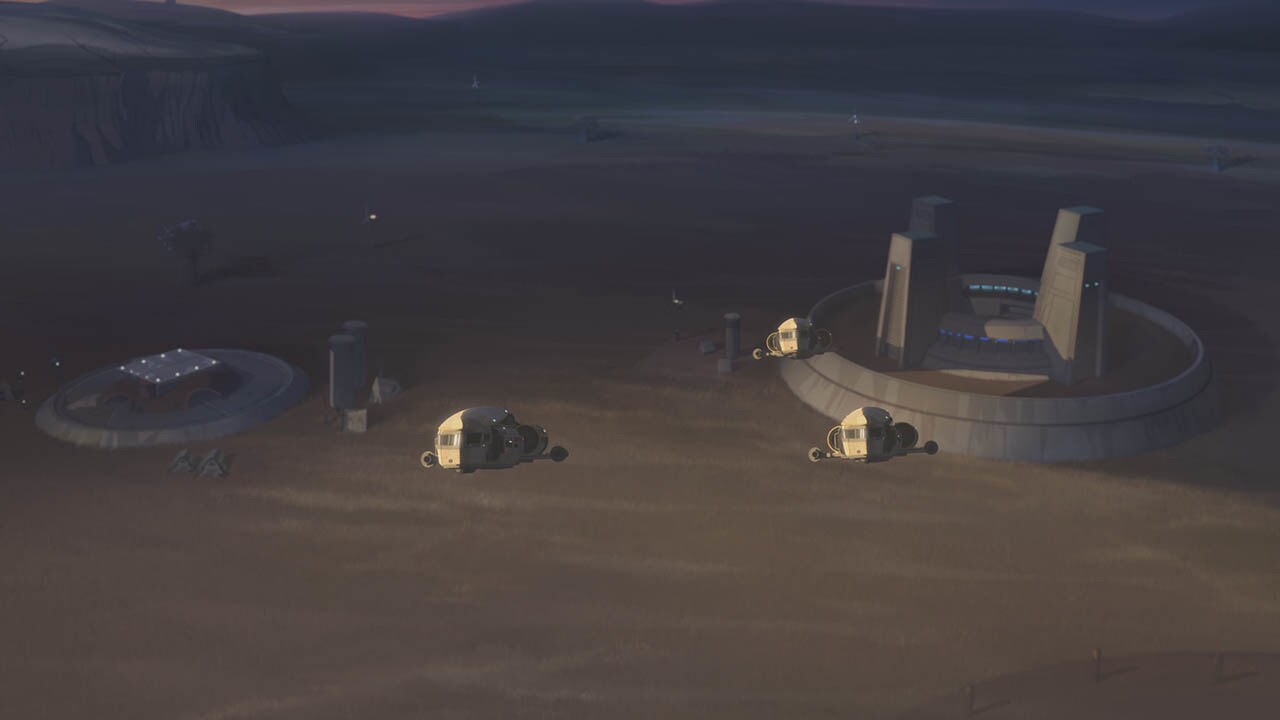 The Resistance transports seen in "Rebuilding the Resistance" were created just for this episode. From a design perspective, their rounded silhouette from all angles contrasts the more angular -- and threatening -- First Order shuttles. 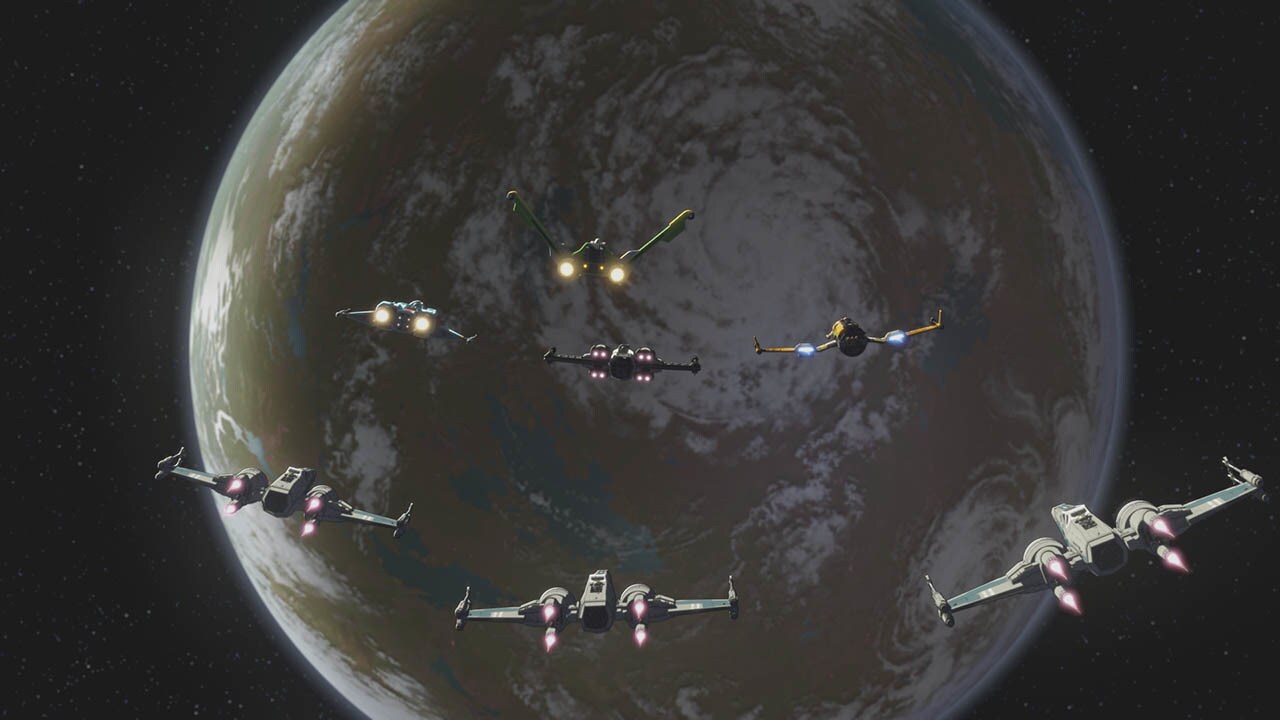 6. Finally, a visit to Dantooine.

Dantooine was first mentioned in Star Wars: A New Hope, where Princess Leia knowingly lies to the Empire, claiming it to be the site of the current rebel base. It was later seen from space in Star Wars Rebels. But this episode marks the first time we've ever actually seen the planet's surface.

Bonus fun fact: Dantooine almost made it to the screen in early development of Rogue One: A Star Wars Story according to Pablo Hidalgo of the Lucasfilm Story Group. Other versions of Dantooine appeared in the Knights of the Old Republic videogames (its ancient incarnation) and the Clone Wars micro-series. Maybe we'll see a Star Wars adventure on the planet someday? 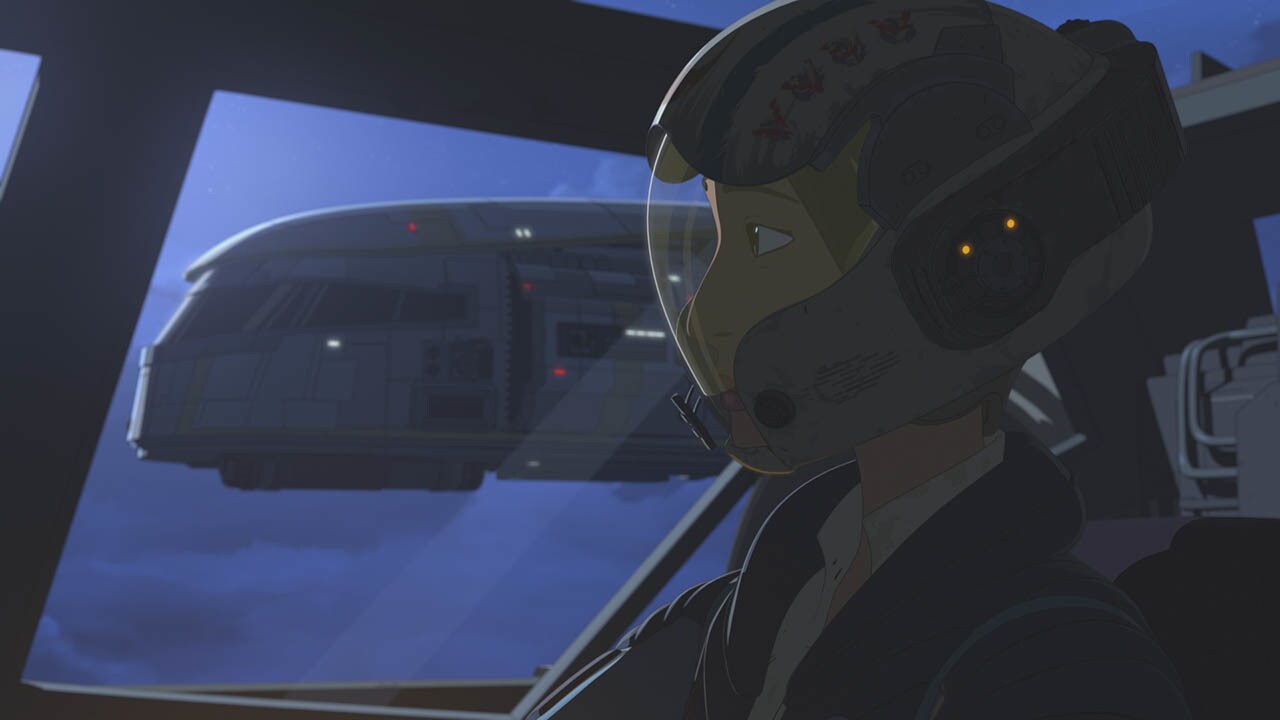