The Bounty Hunt is On at Star Wars Celebration Orlando, and You're Invited

Are you as good a tracker as the Fetts and Bossks of the galaxy? Put your skills to the test at Celebration Orlando!

Star Wars Celebration is full of one-of-a-kind experiences, but one of the best interactive events at Celebration has been the Bounty Hunt series of puzzle races. The Bounty Hunt is the ultimate challenge for Star Wars fans who want to do more than just attend a panel at the convention -- this is a team competition against other fans and against the clock, requiring smarts and speed! Fans have been enjoying this hugely popular clue-solving adventure since Star Wars Celebration IV in 2007. And it’s back for more fun at Star Wars Celebration Orlando, with three separate competitions. Will you beat the pack to be a bounty hunter as good as Boba Fett, Cad Bane or Aurra Sing?

As one of the designers and organizers of the Bounty Hunt, I’ve had fans come up to me at Celebration to tell me that playing in the Bounty Hunt was the best part of their convention experience, giving them a chance to do something together with their family and friends, playing in an adventure where they got to use their brains (or smartphones) and their feet while feeling the thrill of the hunt as they raced for cool prizes and glory. Some teams have so much fun playing in the Bounty Hunt that they’ll come back for the next day’s race for an all new challenge – and veteran teams have already been asking when registration for this year will open!

Each competition is different, and teams can play in more than one if they want. This year, we have three Bounty Hunt challenges planned for Star Wars Celebration Orlando: Thursday from 3 to 5 p.m., Friday from 5 to 7 p.m., and a special Star Wars Rebels-themed Bounty Hunt designed for teams with children on Sunday from 11:30 a.m. to 1:30 p.m.. The Bounty Hunt is free to Celebration attendees, but space is limited -- each race only has spots for 100 teams of two to four bounty hunters. 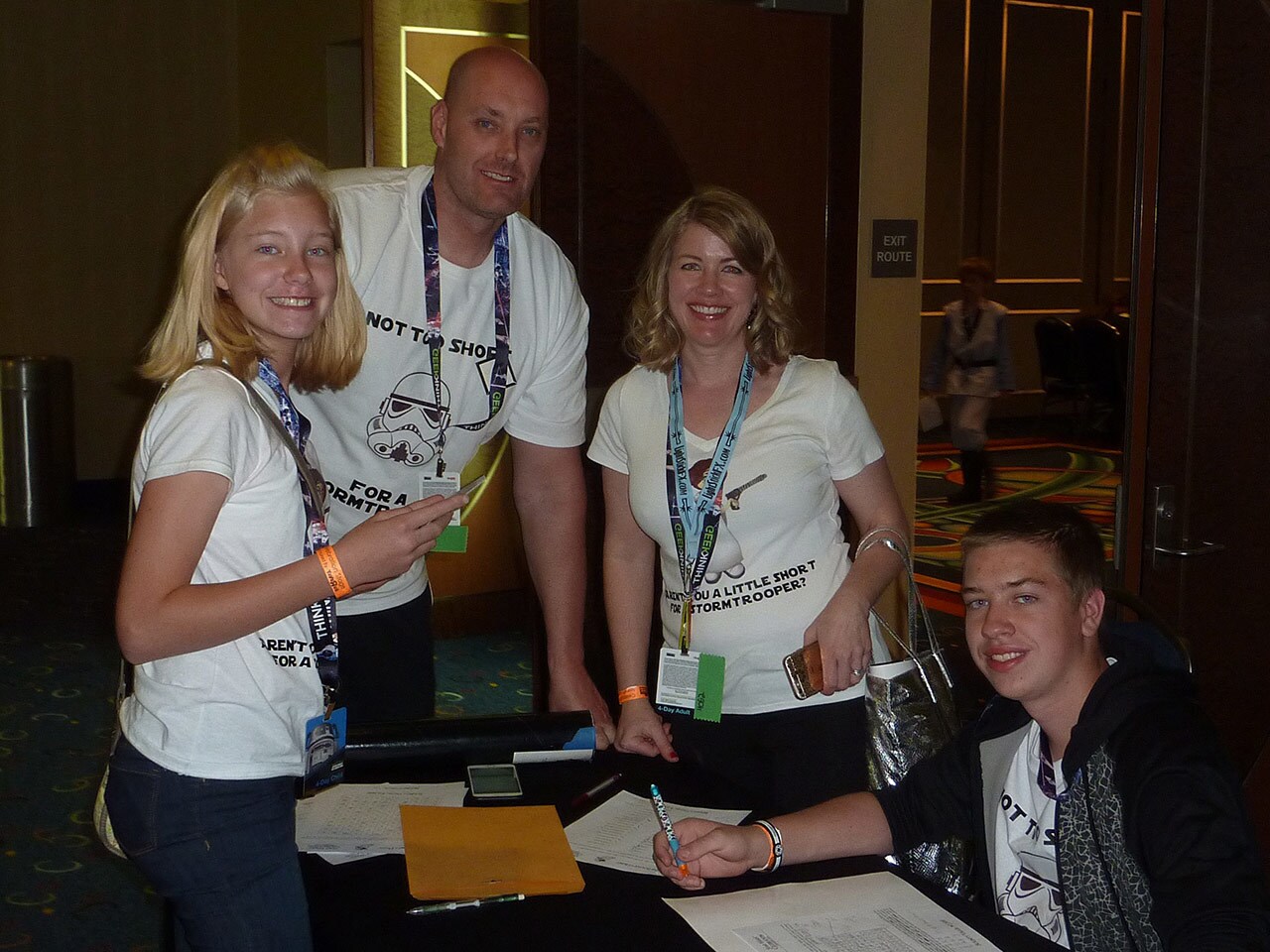 In each Bounty Hunt event, teams of two to four will be solving Star Wars-themed puzzles that will lead them all over the Orange County Convention Center. Figure out the clue to identify your bounty, and then check your scorecard to learn where that bounty might be hiding on the Celebration premises. Go there, get your card stamped, and move onto the next target! But who knows what other dangers await when you’re out in the thick of it? You might need to blast a stormtrooper with a foam dart gun, play some sabacc, or show off your quick draw (or maybe quick doodling) abilities before you can earn that stamp on your scorecard!

Harder clues will be worth more credits, and you’ll start off with a pack of puzzles, so if you get stumped on one, you can work on the rest. Smart teams will try to solve as many clues as they can and then figure out the shortest route to find all of their bounties -- remember, the convention center is a big place, so it’s important to know where you’re going! Once you get some stamps on your scorecard, bank your credits by taking your card back to the Bounty Hunt HQ, and you’ll get the next set of puzzles, worth even more credits, but also more difficult to solve. Keep an eye on the clock, as you’ve got to bank your credits before the two hour time limit runs out! The bounty hunter team that has earned the most credits in the shortest amount of time will be the winner, and we’ve got sweet prizes for the top teams -- and maybe even something special for everyone who catches at least one bounty! 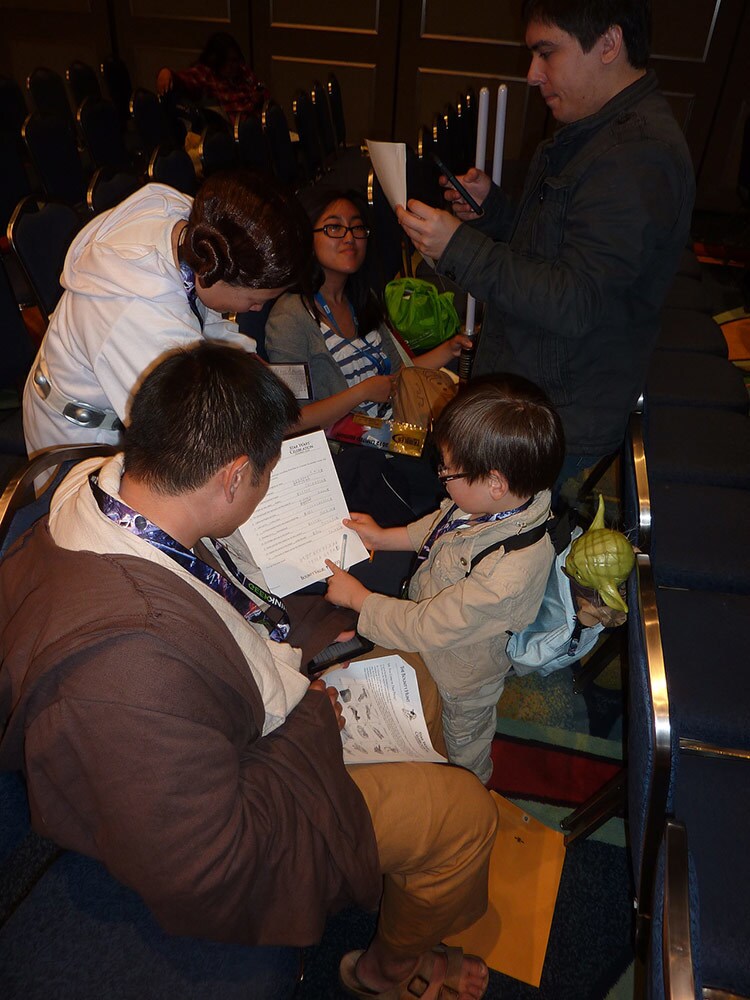 How tough is the Bounty Hunt?

We want the Bounty Hunt to be fun for everyone -- whether you can barely tell a Wookiee from an Ewok, or if you win Star Wars Trivial Pursuit on the first turn. The clues start off easy, either requiring pretty basic Star Wars knowledge or the puzzles that can be solved by Jabba’s Gamorrean guards. But they get progressively harder -- potentially requiring more specialized Star Wars trivia (but you’re always welcome to use any resources at your disposal, including the Internet), or tougher brainteasers that even might cause Master Yoda to scratch his head. As for those physical challenges when you reach your target? It might help to not be as clumsy as Jar Jar, but you won’t need to be in peak Jedi fitness. Whether you are playing to earn every bounty or just enjoying couple puzzles with friends, we want you to have a fun experience that you’ll fondly remember.

Want to know what bits of knowledge to brush up on? If you’re planning on racing on Thursday, let’s say there has been an awakening -- have you felt it? Maybe you’ll be going back to Jakku. But for Friday, knowing more about the curious characters seen on Jedha and Scarif might come in handy. And for Sunday family race, being all caught up on the adventures of the Ghost crew will serve you well. 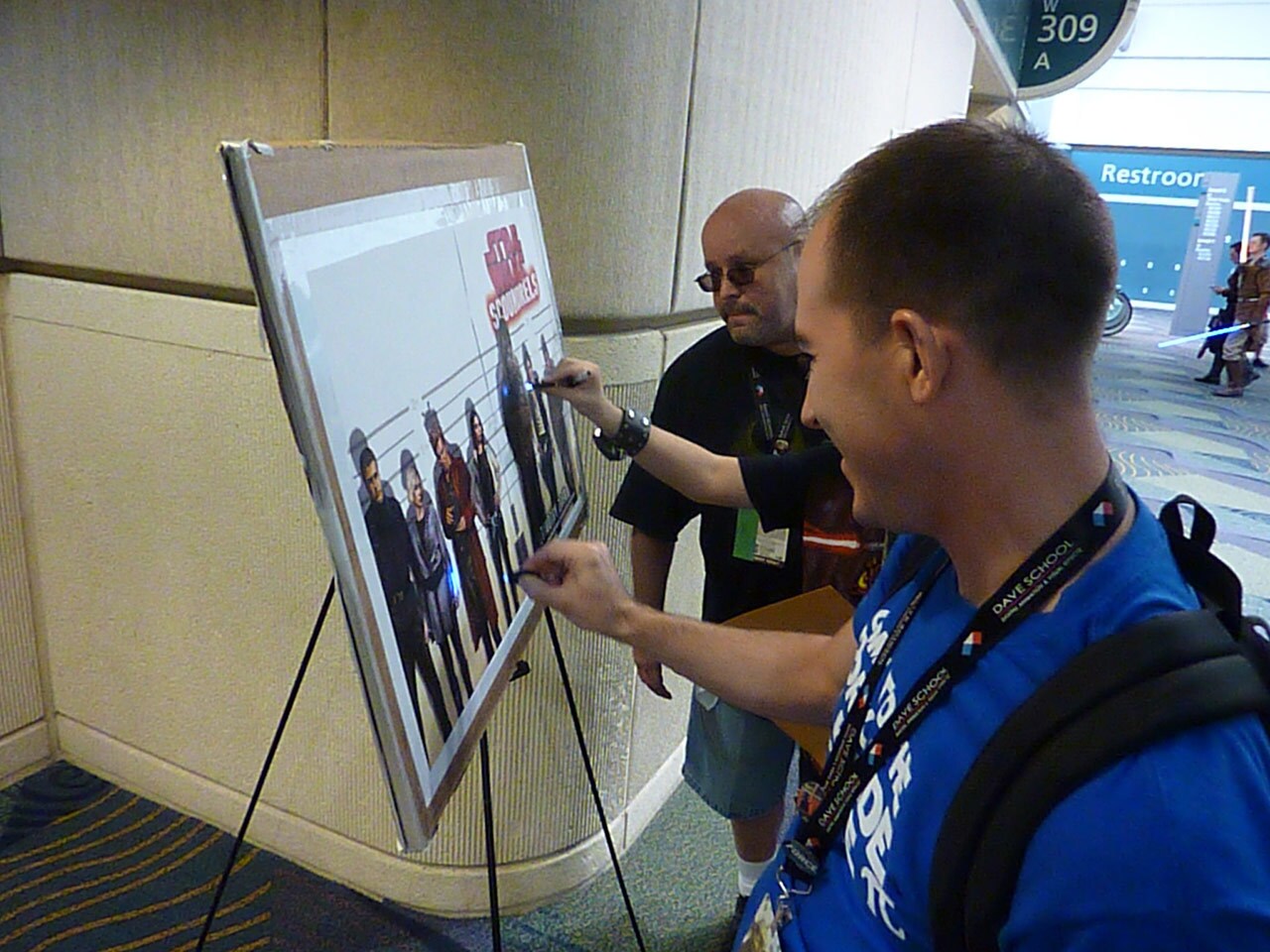 You can learn more about how the Bounty Hunt works and register your team for your choice of one of the three <Bounty Hunt races at StarWarsCelebration.com -- you’ll need a cool team name and the names of your team members by tomorrow, April 7. Then on race day, show up at the Bounty Hunt registration table (which opens two hours before each day’s race) to confirm your spot and turn in your signed waiver. Or you can just sign up at Celebration by stopping by the registration table no more than two hours before that day’s race while team spots are still available. We keep a number of slots open to walk-up registrations, so don’t fret if you can’t register in advance online. And 45 minutes before each race, if a team that signed up online hasn’t checked in yet, we might just give away that spot to a team that shows up in person to play!

How to win the Bounty Hunt:

Now that you know how to play, don’t you want to know how to win? Be smarter, faster, and luckier than all the other teams, of course! While veteran teams have an advantage of knowing how the game works and a little bit of what to expect in terms of the clues, here are some tips to help put you on an even footing with them:


See you on the hunt!