Meet some high-flying aces who deserve more credit for their piloting skills, including an Imperial-turned-rebel and more.

The Star Wars galaxy has no shortage of pilots. From movies to TV shows to books and comics and video games, it’s difficult to keep track of just how many people there are behind the controls of spacecraft. Of course we all know the greats: Luke Skywalker, Anakin Skywalker, Poe Dameron, and Wedge Antilles are just a few of the amazing pilots we’ve seen on the big screen.

But what about the lesser-known pilots? There are many characters across the Star Wars universe who have an incredible amount of skill, but don't get as much praise for their aerial talents -- or just aren’t well known as an ace pilot. In celebration of National Aviation Day, check out these six incredible, underrated Star Wars pilots. 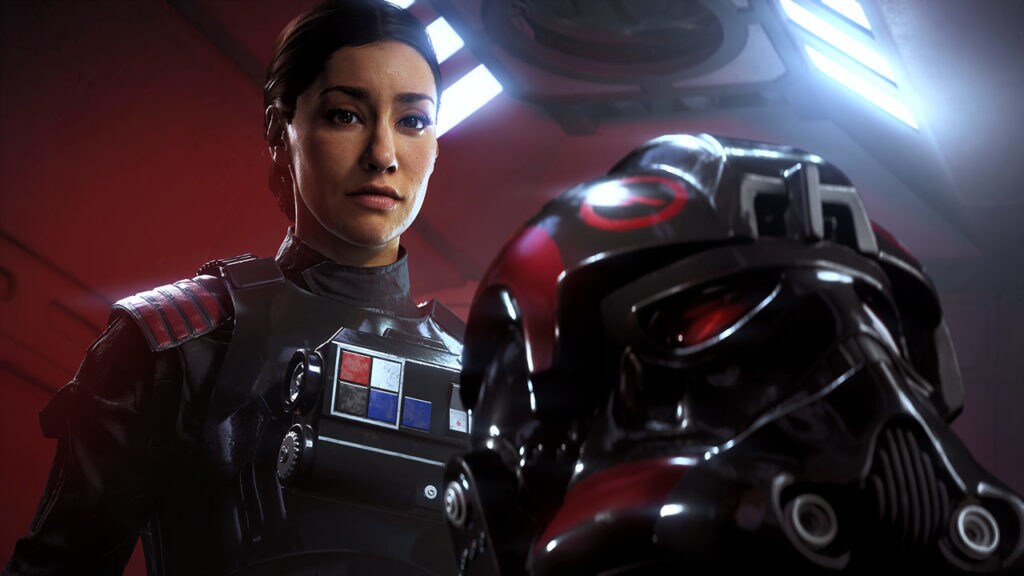 Iden Versio may not be a household Star Wars name, but she was vital to the Rebellion in many ways, and is an excellent pilot. Iden was an Imperial TIE fighter pilot who was assigned to a special commando team called Inferno Squad after the destruction of the first Death Star, which you can read about in Christie Golden’s Star Wars Battlefront II: Inferno Squad. But Versio really takes center stage in the video game Star Wars Battlefront II. The game’s story mode follows her squad’s defection to the Rebellion after the Battle of Endor. But more than that, she’s an ace pilot, as we get to see during both gameplay and cutscenes. From her incredible maneuvers during the Battle of Theed, where she helped to save the planet by taking out enemy satellites, to eliminating multiple fighters in her desperate attempt to save her father during the Battle of Jakku, her skills are top-tier. 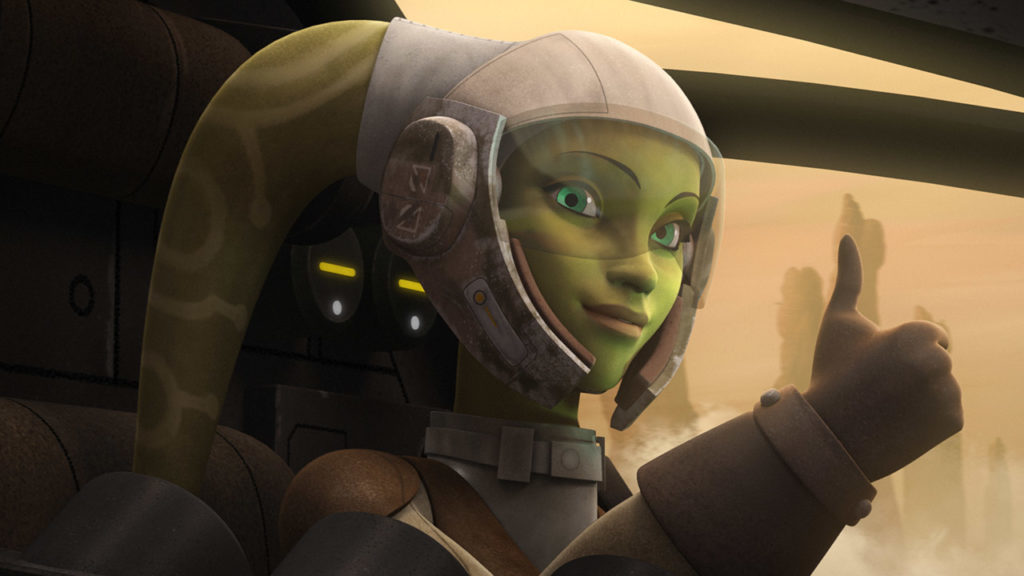 There are few leaders who inspire as much loyalty and dedication as Hera Syndulla, and for good reason: She risked herself again and again for the sake of her crew. First seen in Star Wars Rebels and again taking an important role in Alexander Freed’s Star Wars: Alphabet Squadron, Hera is the leader of the Ghost’s crew and works quietly with the Rebellion against the Empire. Hera singlehandedly ensured that B-wing bombers would take flight thanks to her piloting skills, in fact, she left her family and home on Ryloth simply to be able to fly. And it’s clear that anyone who could take on multiple TIE fighters in a freighter and live to tell the tale (much less on more than one occasion) is worthy of the title of “underrated pilot.” She’s a sympathetic friend, an exceptional leader, and has unwavering dedication to the causes she believes are right. And when you need a pilot for a risky mission, she's hard to beat.

His name might be familiar to Star Wars die-hards, but Nien Nunb’s skills are criminally underrated. Nunb, who is from the planet Sullust, joined the Rebellion after he helped Princess Leia smuggle Alderaanian survivors off his planet, as seen in the Star Wars: Princess Leia comic. But his claim to fame is sitting in the cockpit of the Millennium Falcon, piloting alongside Lando Calrissian during the Battle of Endor. In the age of the First Order, Nien Nunb continued to serve General Organa in the Resistance as an X-wing pilot.

Jess Pava has proven herself to be a capable pilot and is a member of Poe Dameron’s Black Squadron. In the comic series Star Wars: Poe Dameron, Poe handpicked Jess to be a part of the mission to find Lor San Tekka and his map to Luke Skywalker. Jess started out as a pilot for the New Republic, but chose to support General Leia Organa’s Resistance after the organization she served refused to confront the First Order about its malicious actions. While she does have a tendency to lose droids on her missions, Jess uses her top flying skills to get herself (and her fellow team members) out of trouble again and again. 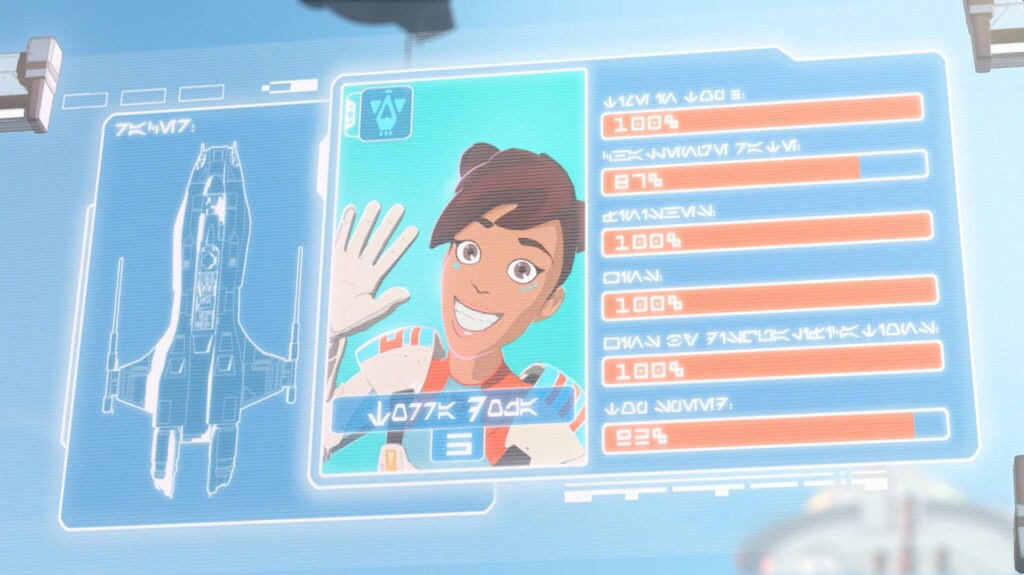 It’s not an easy thing to be a member of Ace Squadron on Castilon, a planet in the Outer Rim. It’s an even harder thing to do when you’re a teenage girl. But Torra Doza handles the pressure of being one of the best -- some say the best -- pilots on the Colossus as cooly as she handles the controls of her ship, the Blue Ace. Star Wars Resistance, the animated series, puts its laser focus on pilots and the art of racing. Few can measure up to Torra’s skill, and even fewer to her wit, charm, sense of humor, and dedication to her friends and family.

I know what you’re thinking: Obi-Wan Kenobi isn’t an underrated character! While this is true, he isn’t usually listed among the best pilots in the galaxy, and that does him a disservice. The Jedi Master may have hated being behind the controls of a ship, but that doesn’t mean he didn’t have exceptional flying skills. To be able to roll, twist, turn, dive and survive a trip through an asteroid field over Geonosis in Star Wars: Attack of the Clones, while seismic charges are being lobbed at you, is really exceptional handling. It’s really too bad he never took to flying, because Obi-Wan could have been one of the greats of Star Wars.

Swapna Krishna writes about space, science, tech, and pop culture. Her work has appeared at Engadget, The Verge, Gizmodo, the Los Angeles Times, Polygon, Mental Floss, SYFY, and more. She is the co-editor of Sword Stone Table, a forthcoming King Arthur-inspired anthology from Vintage. You can find her on Twitter @skrishna.