From a Certain Point of View: What’s the Greatest Ship Design in Star Wars?

Two StarWars.com writers jump into the cockpit for a dogfight of words.

One of the great things about Star Wars is that it inspires endless debates and opinions on a wide array of topics. Best bounty hunter? Most powerful Jedi? Does Salacious B. Crumb have the best haircut in the saga? In that spirit, StarWars.com presents From a Certain Point of View: a series of point-counterpoints on some of the biggest — and most fun — Star Wars issues. Today, hitch a ride as two StarWars.com writers make a case for the best ship design in the whole galactic fleet.

My pick for the greatest Star Wars starship design goes to the YT-1300 Corellian freighter, specifically the heavily modified model known as the Millennium Falcon. While other Star Wars classics come close, the Falcon is simply irresistible. A visibly unimpressed Luke Skywalker may have labelled it “a piece of junk,” but the Falcon showed us very early on that in the Star Wars galaxy, first appearances are not always to be trusted.

As the original trilogy rolled on, the power, toughness, and agility of the Falcon was revealed to devastating effect as she barreled away from Imperial Star Destroyers, bobbed and weaved through asteroids, and helped destroy the second Death Star over Endor. Sure, she had her issues with an occasionally temperamental hyperdrive system, but even a few years covered in dust sheets on the sands of Jakku weren’t enough to slow her down. In the hands of Rey and Finn, the Falcon was able to evade powerful and swift First Order TIE fighters, before being reunited with her long-absent owner Han Solo and his first mate Chewbacca. “Chewie, we’re home.”

With its forward mandibles and side-mounted cockpit, the Falcon, like many other iconic Star Wars character and vehicular designs, boasts an instantly recognizable silhouette. In the realms of the galaxy far, far away, this durable, multi-purpose stock light freighter was malleable enough to be modified and adjusted according to mission requirements or its captains’ tastes. Place the sleek Lando Calrissian-era Falcon from Solo: A Star Wars Story next to the star-blasted Han Solo-era Falcon of A New Hope; same ship, very different aesthetics. Han gave the Falcon the ride of its life during his infamous, record-breaking Kessel Run, but to become the ship he truly desired it became a reflection of its owner. Stripping away the hull plating, exposing the wiring and knocking off the radar dish revealed the hot rod beneath; a street racer to make Bob Falfa proud and the pure adrenaline ride of George Lucas’s dreams. With its new cape closet smell scoured away, Solo was free to modify and upgrade, giving the Falcon extra heft with improved weaponry, a military grade sensor suite and overpowered engine capacity. “She may not look like much, but she's got it where it counts, kid.” 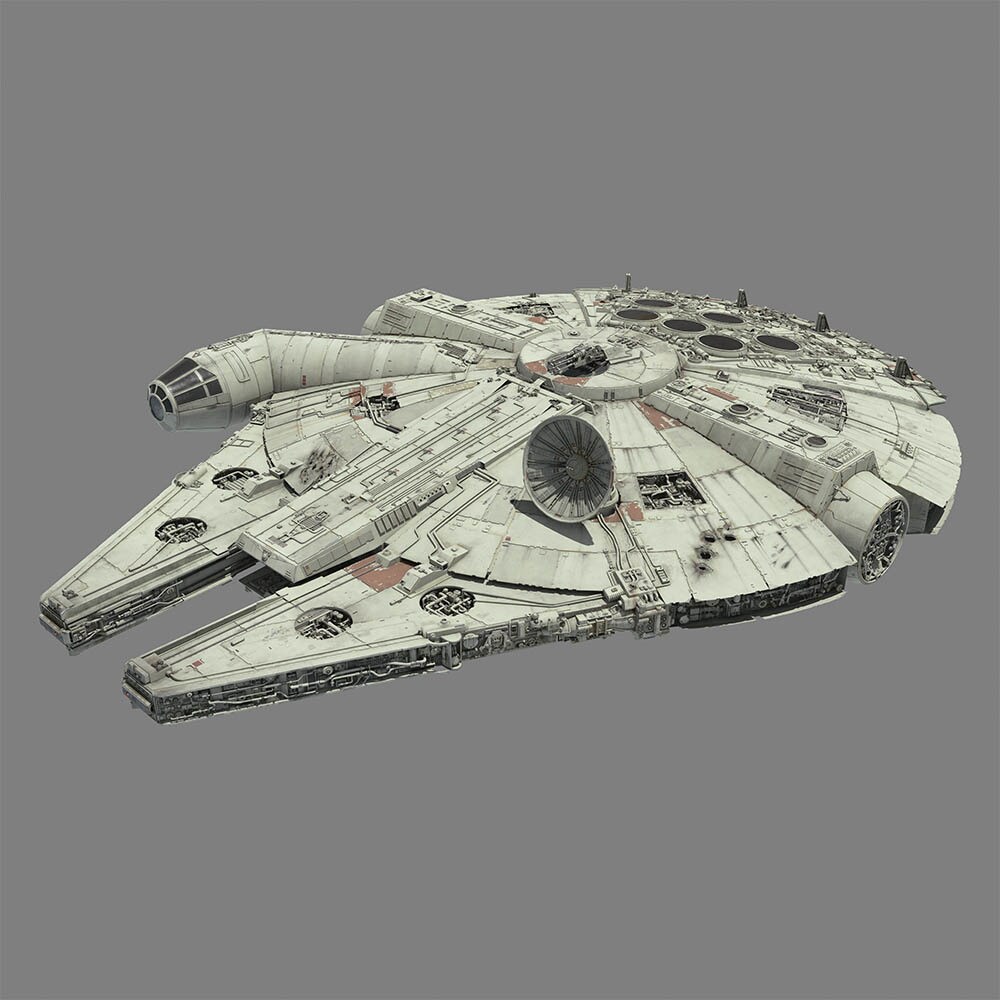 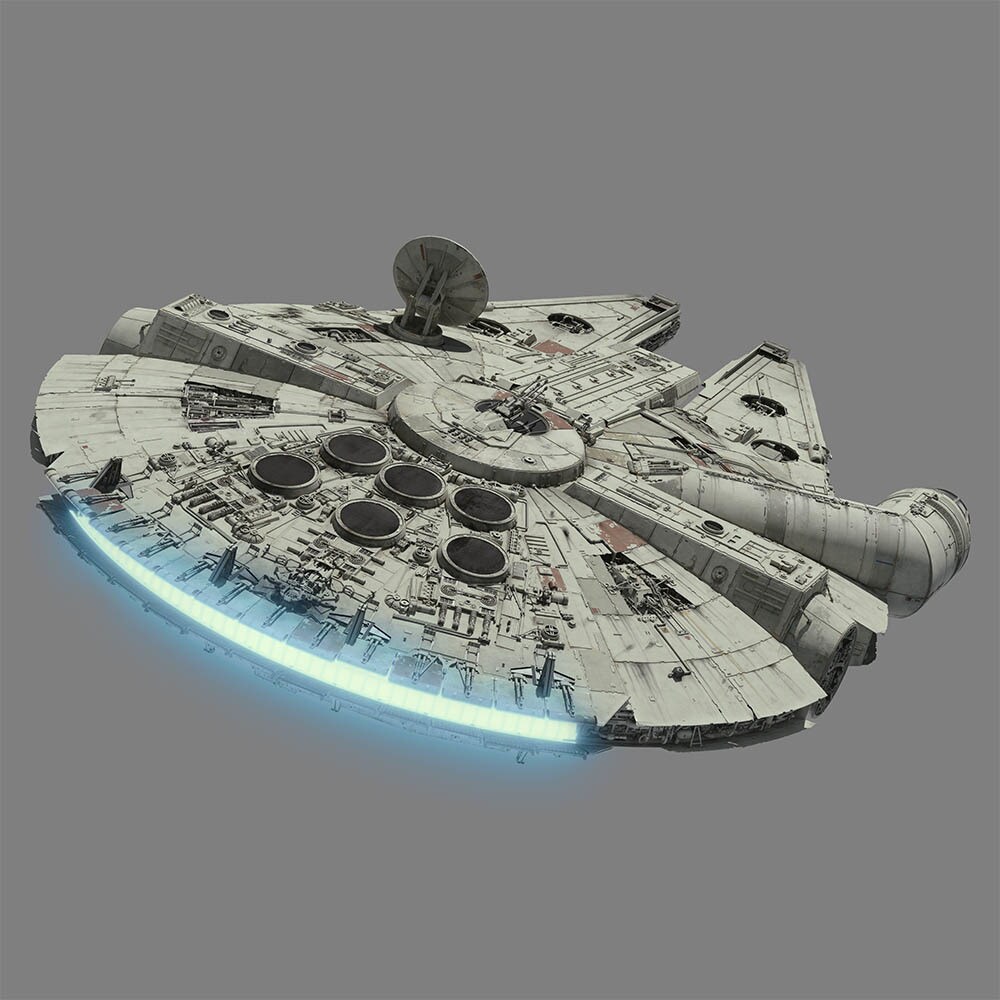 Famously switched at the last minute due to its similarity to the Eagle Transporter from UK sci-fi classic Space: 1999, the Millennium Falcon we know and love was a last-minute addition to the fleet. Known internally as the ‘Flying Hamburger,’ the inspiration was said to be a half-eaten burger and an olive, but whatever culinary delight the ship was influenced by, it was an instant winner. Inspired by the real-world cockpit design of the B-29 Superfortress and utilizing the engine sounds of the P-51 Mustang fighter, the Falcon struck the delicate balance between being futuristic enough to ignite the imagination and ‘real’ enough to feel like a vessel that could actually take off and fly. 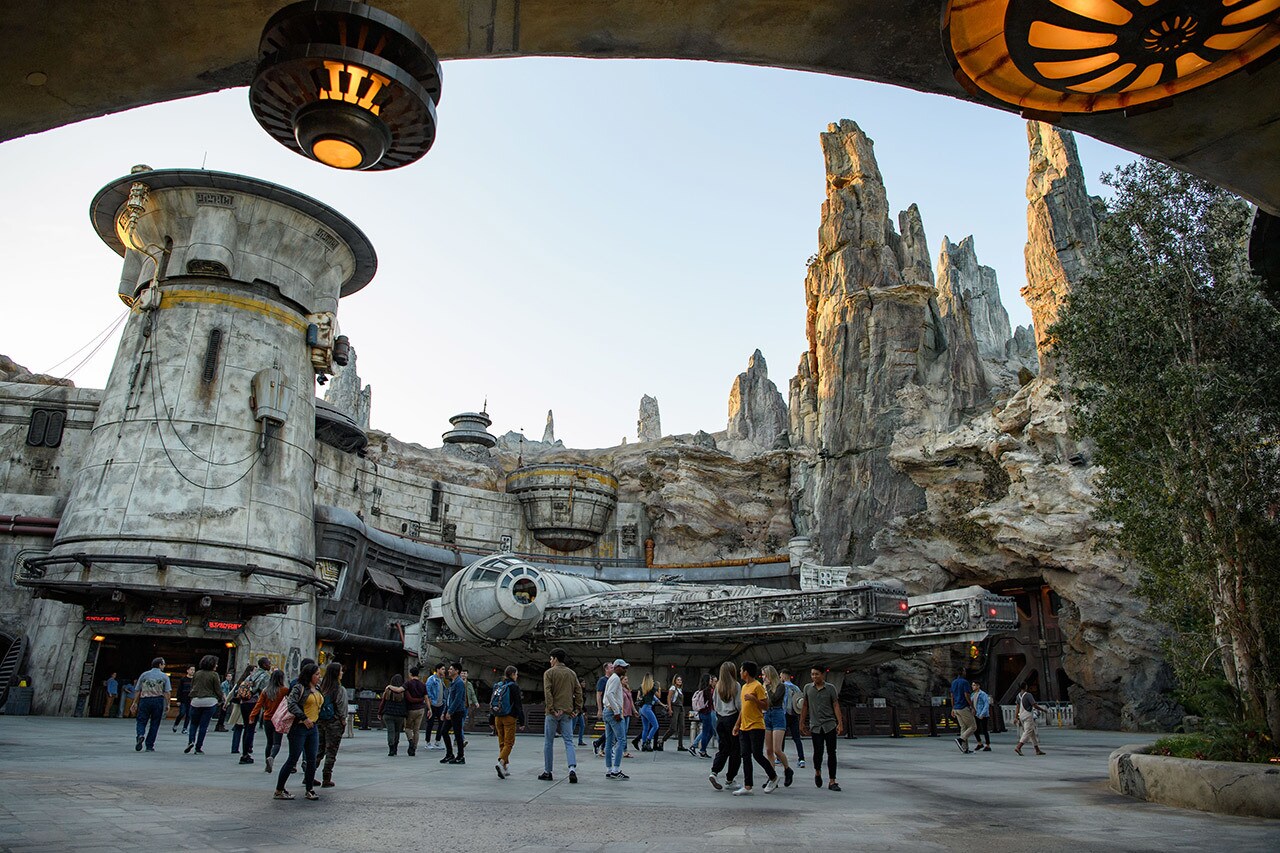 And what kid doesn’t want to fly the Millennium Falcon? A trip to Star Wars: Galaxy’s Edge offers us that chance with Millennium Falcon: Smuggler’s Run, giving the child in all of us the opportunity to grab the stick and steer the Falcon through danger and peril. Back in the day, Kenner produced thousands of Millennium Falcon play sets allowing fans to re-enact their favorite moments from the films or make up their own adventures, while video and arcade games brought the excitement of piloting the Falcon to cities and towns across the planet. The era of the prequel trilogy may have presented a more aesthetically pleasing fleet of ships, reflecting the period before the galaxy crumbled into darkness, but nothing gets the pulse racing like seeing the Millennium Falcon in full flight.

James T. Kirk may have his Enterprise and Marty McFly his DeLorean, but Han Solo has the Millennium Falcon; find me a ride anywhere in the galaxy that can compete with that?

The Falcon is an icon, but the best design is the X-wing, says Bria.

How is this even a question?

Sometimes, you've just got to go classic and there's nothing truly more classic in Star Wars than the X-wing starfighter. Oh, sure, the Falcon is iconic, but it's also a piece of junk. (Source: Luke Skywalker) And given how at least part of its allure came from an incident involving Han half wrecking it during the Kessel Run… look, I love the Falcon just as much as the next fan, but when it comes to design, X-wings are perfection incarnate right from the get-go. 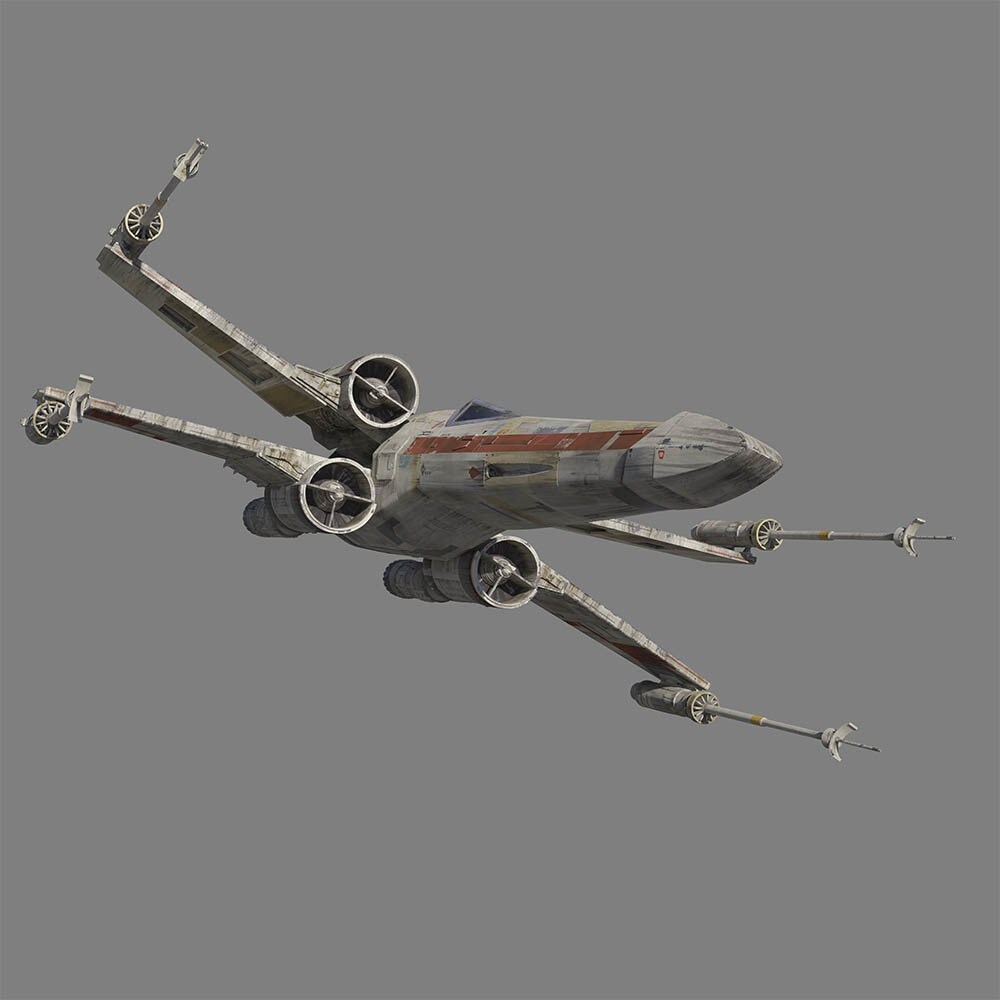 Let’s start with the shape. You’ll never run the risk of forgetting what an X-wing is called because, well, it looks like an X when the S-foils are in attack position. Even if you can only see it in silhouette, an X-wing is immediately identifiable regardless of whether it’s the T-65 or the newer T-70 model. Aesthetically speaking, it has a simple design, but doesn’t look too streamlined. You look at an X-wing and it feels real; like you could jump in the cockpit and really fly it up into the stars to take on the Empire or maybe to fly off in search of a Jedi Master.

It’s also a versatile fighter that can pack an unexpected punch. In-universe, the Incom Corporation outfitted the X-wing with both quad laser canons and proton torpedoes. This allows the X-wing to be nimble and deadly in a dogfight against other starfighters but also be able to offer a serious threat to larger, more heavily-armored targets, too. X-wings also have shields and hyperdrives which put them leagues ahead of their TIE fighter counterparts. They’re a ship with no real discernible weakness.

All of this makes the X-wing exactly the sort of ship you want and need to take on the bad guy superweapon of the week. When the Galactic Empire and later the First Order threatened to destroy more worlds with their Death Stars and Starkiller Base respectively, did the best pilots in the Rebellion and the Resistance jump into Y-wings? No, they did not! You can't expect to take down something like the Death Star against impossible odds in such a slow and lumbering ship. Only an X-wing will do; just ask Luke Skywalker, Wedge Antilles, or Poe Dameron.

Plus, what other ship in Star Wars has gotten an entire 10-book series, video games, and a tabletop game devoted to it and its pilots? None! The answer you're looking for is none. Only the X-wing has had that honor.

In conclusion, there’s nothing quite like the thrill you feel when a squadron leader issues the order for their pilots to, “lock S-foils in attack position,” partially because you know you’re about to witness an excellent space battle. X-wings are, now and always, the greatest ship design in Star Wars of all time.

What do you think? Do you agree with Mark or Bria? Or is there another ship that gets your vote? Let us know on social using #FromACertainPOV!

X-Wing Millennium Falcon starships From a Certain Point of View