Sometimes, Han could even drive Leia to want him frozen in carbonite.

You can use a lot of words to describe Han Solo: Smuggler, gambler, risk-taker, scoundrel. He's charismatic and his devil-may-care approach to life has its appeal. I could go on for a paragraph but not all the words I'd choose would be flattering ones. As charming as Solo can be, he has plenty of moments where he's selfish, way too cocky, and downright rude. He acted like an uncouth nerf herder towards Princess Leia repeatedly. It's surprising that most of their interactions didn't end with bruises or handprints on Han's face. Leia would have been totally justified to call him out after these lines: 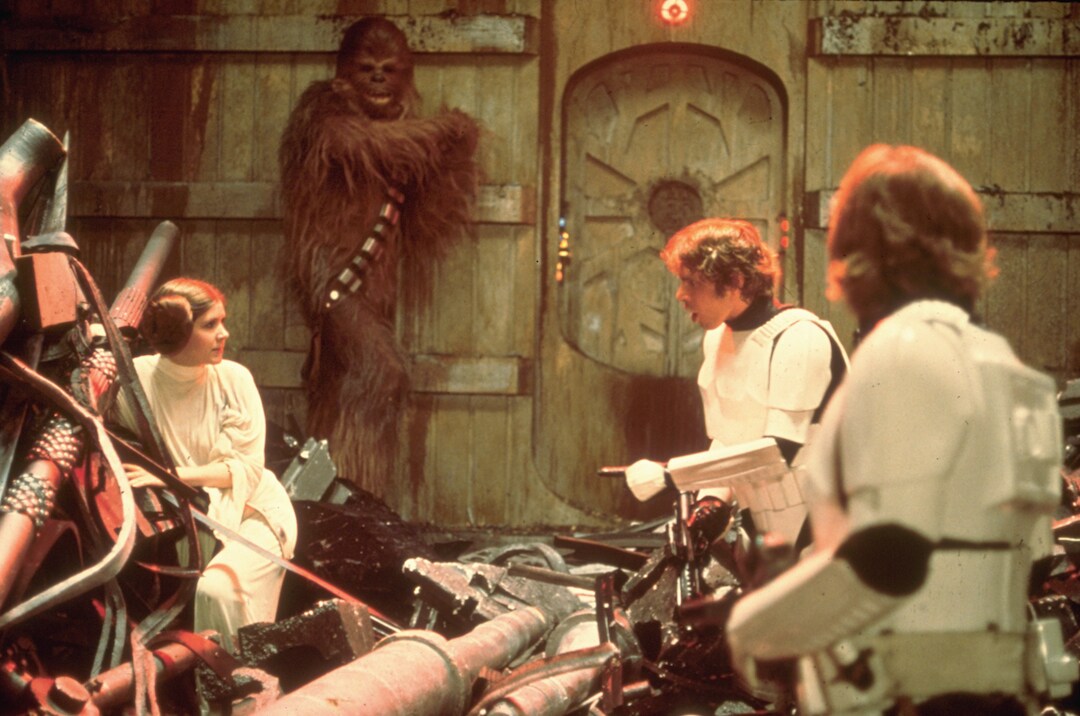 1. "The garbage chute was a really wonderful idea. What an incredible smell you've discovered!"
Luke's plan to rescue Leia from the Death Star in A New Hope didn't go much beyond opening the door. With that hurdle out of the way, Leia took charge and got all of them out of stormtrooper fire and immediate danger. And what does Han do? He complains. She could have fed him to the dianoga.

2. "I can arrange that. You could use a good kiss!"
Han isn't the best when it comes to communication. Rather than taking a moment to talk rationally with Leia about why he's leaving Echo Base in The Empire Strikes Back, he gets huffy when he baits her and doesn't get the response he wants. Then, when she follows him he has the nerve to tell her she could use a good kiss. The scene does cause some tension that plays out in Han's favor later, but it's perhaps not the best choice of words.

3. "I must have hit pretty close to the mark to get her all riled up like that, huh, kid?"
Don't exaggerate, Han. It's not attractive. He brags to Luke about his and Leia's encounter in the south passage and makes it sound like way more happened. He deserved to be called a scruffy-looking nerf herder, and though it's not entirely fair to Luke (and it's icky because he's her brother), I don't blame Leia for exacting revenge by kissing him.

4. "The princess -- you have to take care of her."
When Han is about to be frozen in carbonite, he tells Chewbacca to take care of Leia. He probably thought he was being nice, but Leia doesn't need a babysitter. She would have been within her rights to shout back and remind Han she's capable of handling herself.

5. "Could you tell Luke? Is that who you could tell?"
People like to pick on Luke Skywalker's line about going to Tosche Station, but this one from Han Solo in Return of the Jedi is just as whiny. Here, he was immature and jealous. He recovers quickly and apologizes, but this one was worthy of an exasperated sigh.

I'm not pretending Leia was perfect; she had her missteps, too. In the end, I'm glad they're together because they seem to complement each other. But, I am surprised Han passed muster.