5 Things We Learned from the Star Wars: The Rise of Skywalker Visual Dictionary

From maps of the Endor system to detailed backstories on some denizens of the galaxy, the new book is full of fun facts!

While providing the conclusion to the Skywalker saga, Star Wars: The Rise of Skywalker didn’t just rely on existing characters and worlds to tell the story -- it created many new characters, creatures, ships, and places. We spent more time with the Knights of Ren, met new faces in the Resistance, and came across the denizens of Pasaana, Kef Bir, Kijimi, and Exegol. And, just like with the cantina patrons from when A New Hope first came onto the scene in 1977, we want to know more. Fortunately, for those of us hungering to dive into the detailed backstories that make the galaxy far, far away such a vibrant and lively place, The Rise of Skywalker Visual Dictionary with exclusive cross-sections delivers in a tour de force.

Written by Lucasfilm’s Pablo Hidalgo, it does more than just help fans identify the faces and places seen in the film -- it weaves its own stories like an intricate web without spoiling the plot or surprises. With chapters focusing on different themes including the First Order and the Resistance, and each of the different worlds, folding in photos, maps, timelines, and a handful of beautiful cross-sections of key vehicles and starships created by Kemp Remillard, there’s a bounty of storytelling inside. Here are just five of our favorite stories hiding in the pages of The Rise of Skywalker Visual Dictionary.

1. We learn exactly how the First Order gave way to the Final Order.

The First Order made its full presence known to the galaxy when Starkiller Base destroyed the New Republic capital of Hosnian Prime, but the seeds of its creation were planted after the Battle of Endor and the Emperor’s death. In the first chapter, we get timelines laying out the key events in the formation of the First Order and its planet-destroying power, including confirmation that the icy planet of Ilum, home to the kyber crystals Jedi harvested for their lightsabers, was slowly turned into Starkiller Base to tap a nearby star’s quintessence energy into the planet’s kyber core. As the First Order merges with the resources of the Sith Eternal on Exegol, we see a fuller picture of Palpatine’s contingency plans -- the decades-long preparations for the Final Order. 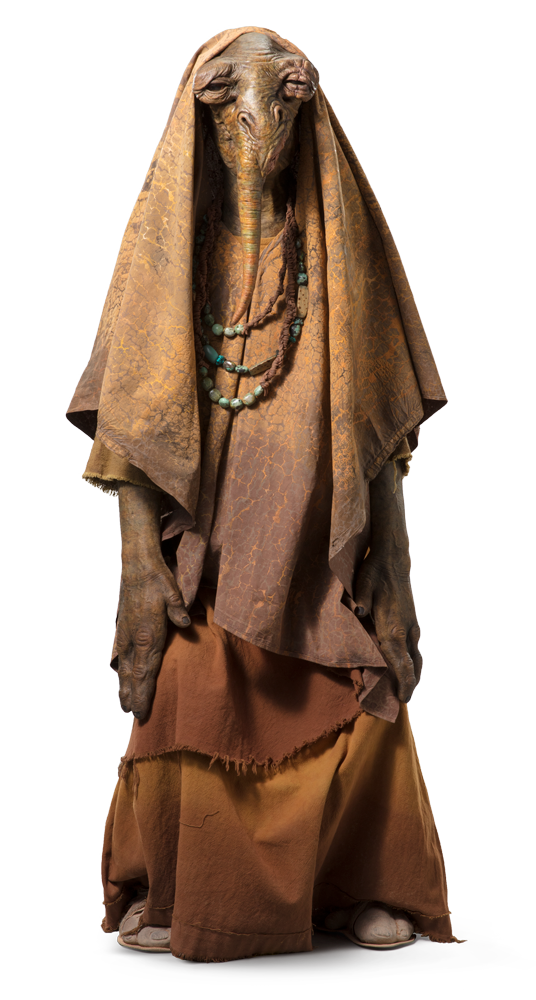 2. There’s a detailed backstory on the Aki-Aki farmer who owned the skimmer Rey stole.

Poor Jo-Dapshi Gorubunn! This old Aki-Aki farmer has come to the Festival of Ancestors with a surplus of dried grainstalks and other bundles of dried goods aboard his cargo skimmer in hopes of making some sales. Dust farming on Pasaana is hard work and his hands have seen years of labor; he’s even lost one of his two prehensile trunks from a farm injury. And in one fell swoop, his market goods and his old reliable Arunskin 75D transport skimmer (complete with family crest on a pennant) are both gone when someone hotwires his ride and a young woman jumps in and takes off with it. Not only does has his craft been stolen, it jets away at speeds he didn’t even know were possible! It turns out his grandson had been secretly tinkering with the skimmer, which is essentially the family’s pick-up truck, and with the control system's governor now disconnected, the top speed is made even higher. Though Rey regrets stealing a farmer’s vehicle, Gorubunn must write the whole thing off as a loss -- nothing remains after the skimmer gets sucked into the Shifting Mires near Lurch Canyon. 3. There’s a good reason we don’t see the Finalizer in this film.

Back when he was FN-2187, Finn was stationed aboard Kylo Ren’s flagship, the Finalizer. When he freed Poe Dameron and escaped in a stolen TIE fighter, Finn might have considered that his final time aboard that Star Destroyer. But sometime after the Battle of Crait and before the events of The Rise of Skywalker, Finn returned to the Finalizer -- this time as an undercover spy in stormtrooper armor. And his actions as a Resistance agent aboard his old posting helped to put a nail in the Finalizer’s coffin. Whatever he did on that mission, the Finalizer ended up over Batuu and so badly damaged by the Resistance that Kylo Ren moved his command to another Star Destroyer, the Steadfast, which had disastrous consequences for General Hux. Allegiant General Enric Pryde commands the Steadfast, given to him by Snoke six years prior, and named for Pryde’s previous command, an Imperial Star Destroyer lost at Jakku. That means Hux is a general without a ship, and now a more junior member of the Supreme Council, with his career on the rocks after the loss of Starkiller Base and the Finalizer.

4. The Endor system is explained.

With the addition of Kef Bir as another of Endor’s moons, and the one that ended up housing a chunk of the second Death Star’s debris, it’s time to sort out how the Endor system is arranged. The Visual Dictionary includes a full spread on the nine major moons, but notes that only two support life: the Forest Moon (IX3244-A) and the Ocean Moon (IX3244-C or Kef Bir in Ewokese). But even with some of the mysteries of the Endor system put to rest, new mysteries appear. Orbaks are not native to Kef Bir, yet were there to be tamed when Jannah and Company 77 arrived, looking to hide from the First Order. How long have they been there in the wild? And how did they survive the ecological disaster that would have come with the crash landing of sections of the Death Star? 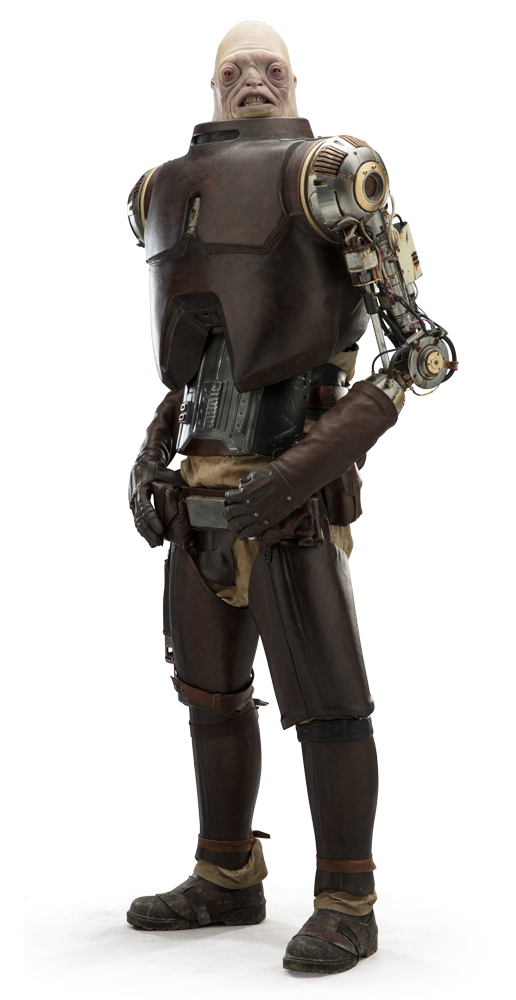 Hanging out in the lair of the ne’er-do-wells known as the Thieves’ Quarter in Kijimi City is a bounty hunter with many cybernetic parts. An old Corellian hunter with an affinity for Imperial-era stormtrooper armor, using the alias Rothgar Deng. Like how Dr. Evazan and Ponda Baba were hinted at but never mentioned outright in the Rogue One: The Ultimate Visual Guide, we get hints here of someone we ought to know. But I can’t seem to place a name to this now-hideous monstrosity of low-budget-augmentation who we might have seen during the Clone Wars and chasing the Millennium Falcon after Hoth. Deng it!

Star Wars: The Rise of Skywalker arrives digitally in HD and 4K Ultra HD and via Movies Anywhere on March 17  and in 4K Ultra HD, Blu-ray and DVD on March 31.

Mattel Brings Babu Frik, From Star Wars: The Rise of Skywalker, To Life

Star Wars: The Rise of Skywalker Coming to Disney+ on May the 4th

Teaching with Star Wars: Rey's Journey in Star Wars: The Rise of Skywalker

From a Certain Point of View: What’s the Best Scene in Star Wars: The Rise of Skywalker?

Inside the Lucasfilm Archive: Lightsabers of Star Wars: The Rise of Skywalker