Mattel Brings Babu Frik, From Star Wars: The Rise of Skywalker, To Life

The toy designers have sculpted a new hybrid talking plush, with a subtle asymmetry that perfectly captures the tiny droidsmith’s outsized personality.

Hey heeeeeeeey! Say hello to Babu Frik. We first met the tiny and efficient alien, capable of modifying nearly any droid, in a pivotal moment in Star Wars: The Rise of Skywalker. The Resistance was on its heels, and only C-3PO, with the help of his new friend, could access the information they needed to save the mission.

Soon you’ll be able to get your hands on your own version of the diminutive droidsmith, when Mattel releases a new talking plush sculpted to capture the essence of the character and featuring six voice clips from the film, including his whoop of delight and formal introduction -- “Hello, I Babu Frik.”

StarWars.com recently caught up with Alexander Lathrop, senior product designer at Mattel, to learn more about how he and his team translated a few moments on screen into a tangible and adorable toy. 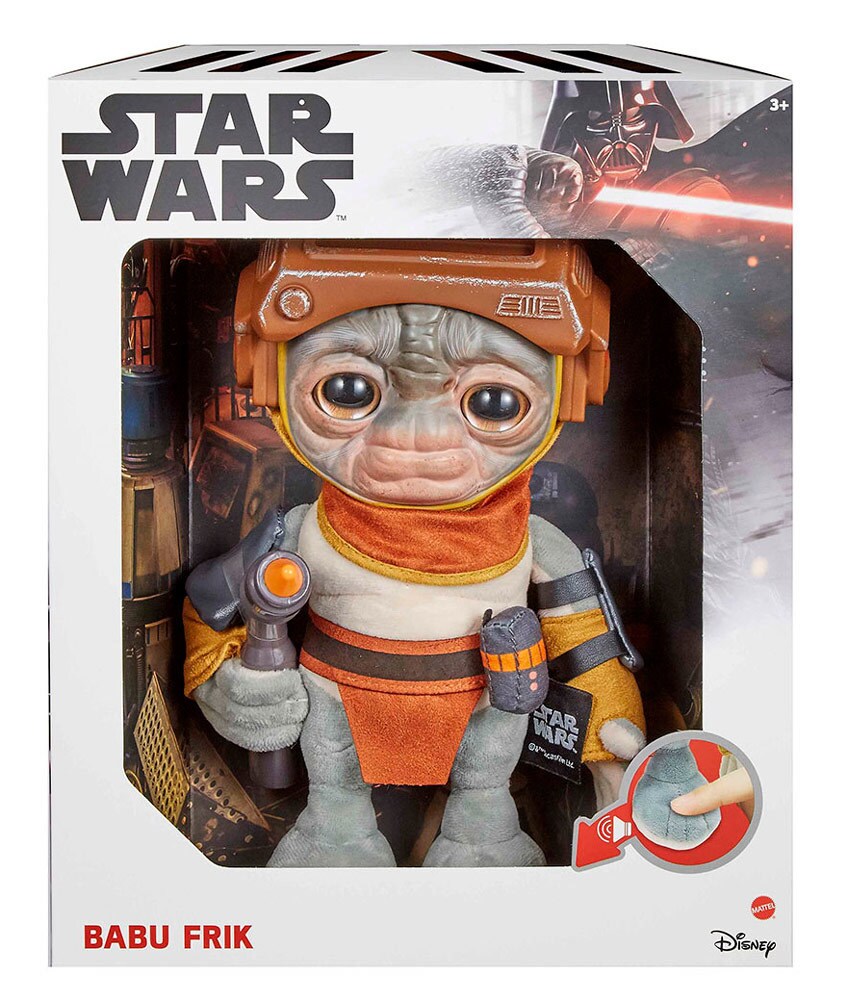 StarWars.com: Designing toys has a tremendous lead time from when you're first sketching the idea to when it hits store shelves. How much did you know about the character of Babu Frik as you were creating this version? How long was the project from start to finish?

Alexander Lathrop: One of the amazing things about working for the Mattel plush team is our speed to market. We began this project in January, almost a full month after the movie was released. Coincidentally, it was also one of the first projects I worked on when I started at Mattel. When I started designing, I had already seen Star Wars: The Rise of Skywalker in theaters and instinctively knew the character would be perfect for plush; I’m glad everyone else at Lucasfilm and Mattel thought so, too. Altogether, the project was about 6 months from concept to completed sculpt.

StarWars.com: I love how many details you've incorporated here from his tiny welding visor to his gauntlets. How do you strike the perfect ratio to balance the soft, huggable body and the harder plastic elements?

Alexander Lathrop: Babu’s design is so iconic, he kind of made it easy on us. When you think of him, the first thing you think of is his oversized head, and since most of his details are in his face and welding helmet, it made sense to rotomold the whole head. Meanwhile, with his chubby body and long arms and legs, his body proportions are already pretty perfect for holding and hugging. 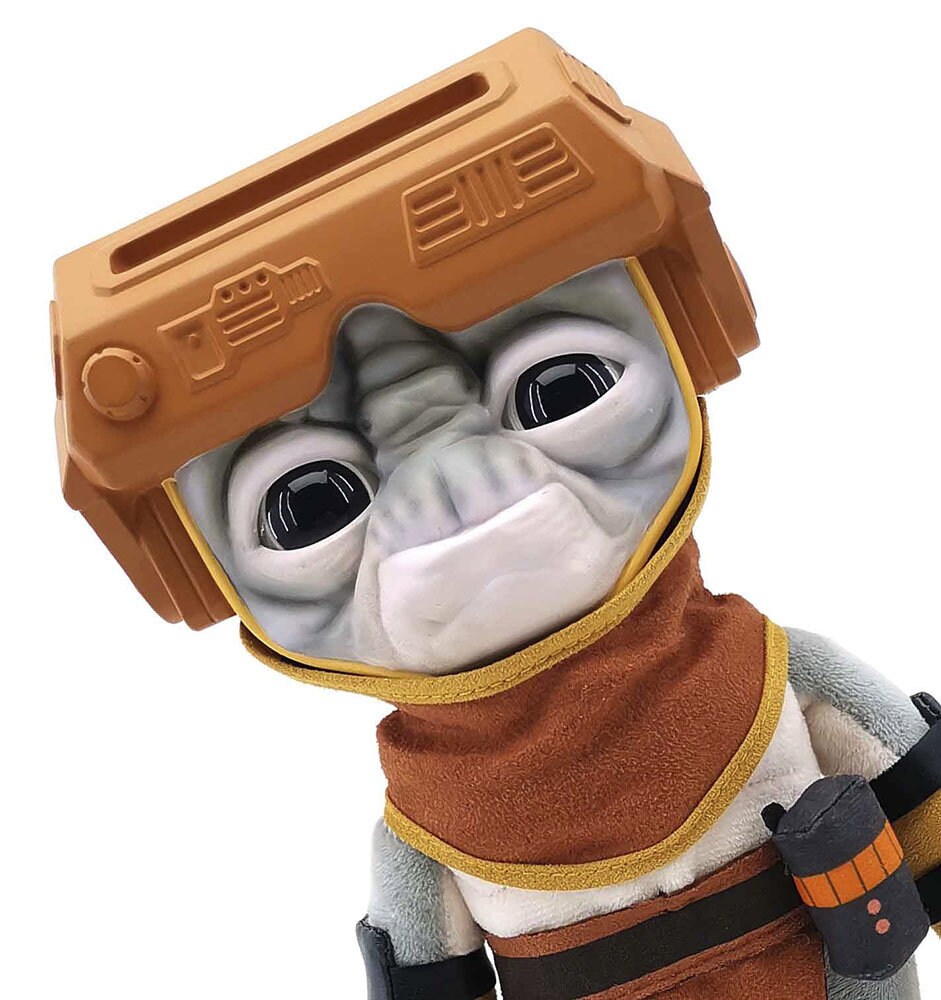 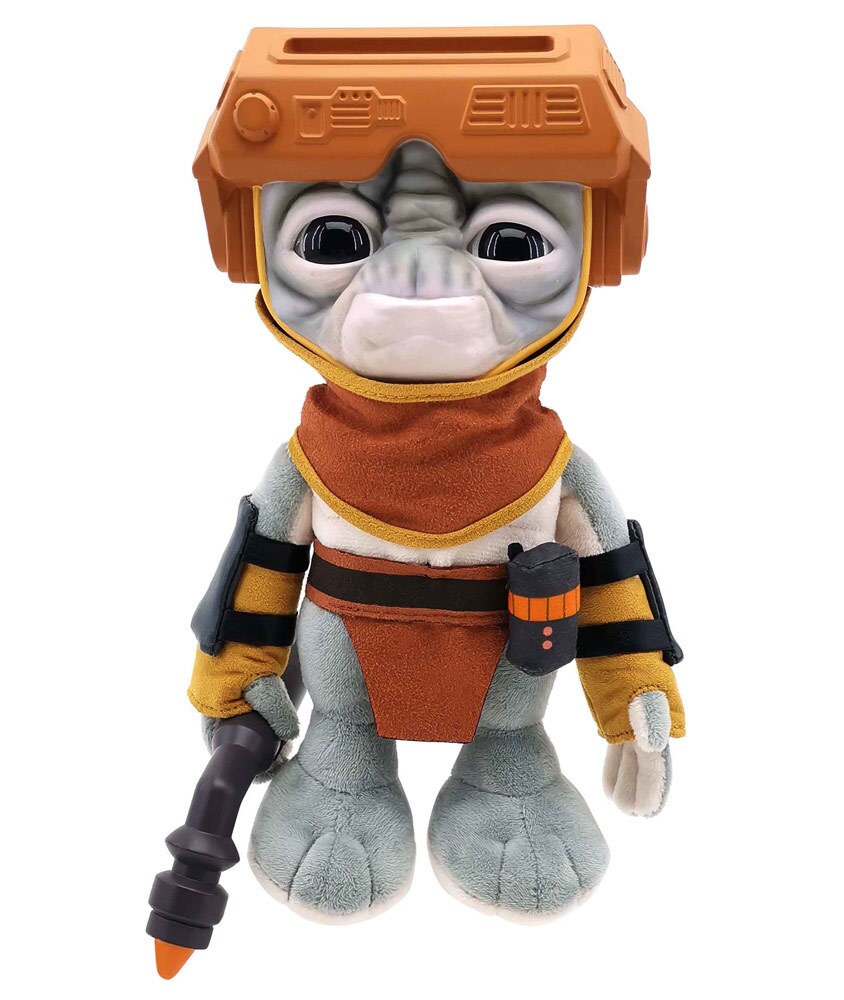 StarWars.com: It strikes me that with a soft face it might be harder to capture some of the detail you can see here on the sculpt. Why was it important to you to incorporate both elements for the best design here?

Alexander Lathrop: We definitely thought about a soft face at first. But his face has so much character, and it just made sense to try and capture that as accurately as possible. There is so much subtle detail in his face that would possibly be lost if we tried to do a soft face that we eventually opted to go this route as the proper way to represent Babu.

StarWars.com: And this isn't the first time Mattel has married the two for an adorable effect. I'm talking, of course, about The Child. What lessons did you learn from designing the character from The Mandalorian and how did they help steer your design for Babu?

Alexander Lathrop: The Child is an amazing accomplishment from our team and I’m so excited to have been able to be a part of it. The designers and sculptors at Lucasfilm are incredible artists who spend years crafting these creatures, and there are so many details that we would never be able to recreate in a toy, so it’s important to capture what people love about the character as much as possible.

StarWars.com: What new challenges did Babu Frik present to you and the team? Do you recall essential elements or details in the Babu Frik design that helped you feel like you were capturing this character perfectly?

Alexander Lathrop: Babu was tough because, even though he is so cute, from a toy perspective we aimed to soften him up a bit without losing his essence. Basically, we wanted to portray what people see when they think of Babu Frik, not a carbon copy of the amazing puppet. One of the things we really focused on getting dialed in just right is the subtle asymmetry in Babu’s face.  Incorporating that into our sculpt really brought him to life in a wonderful way I think! 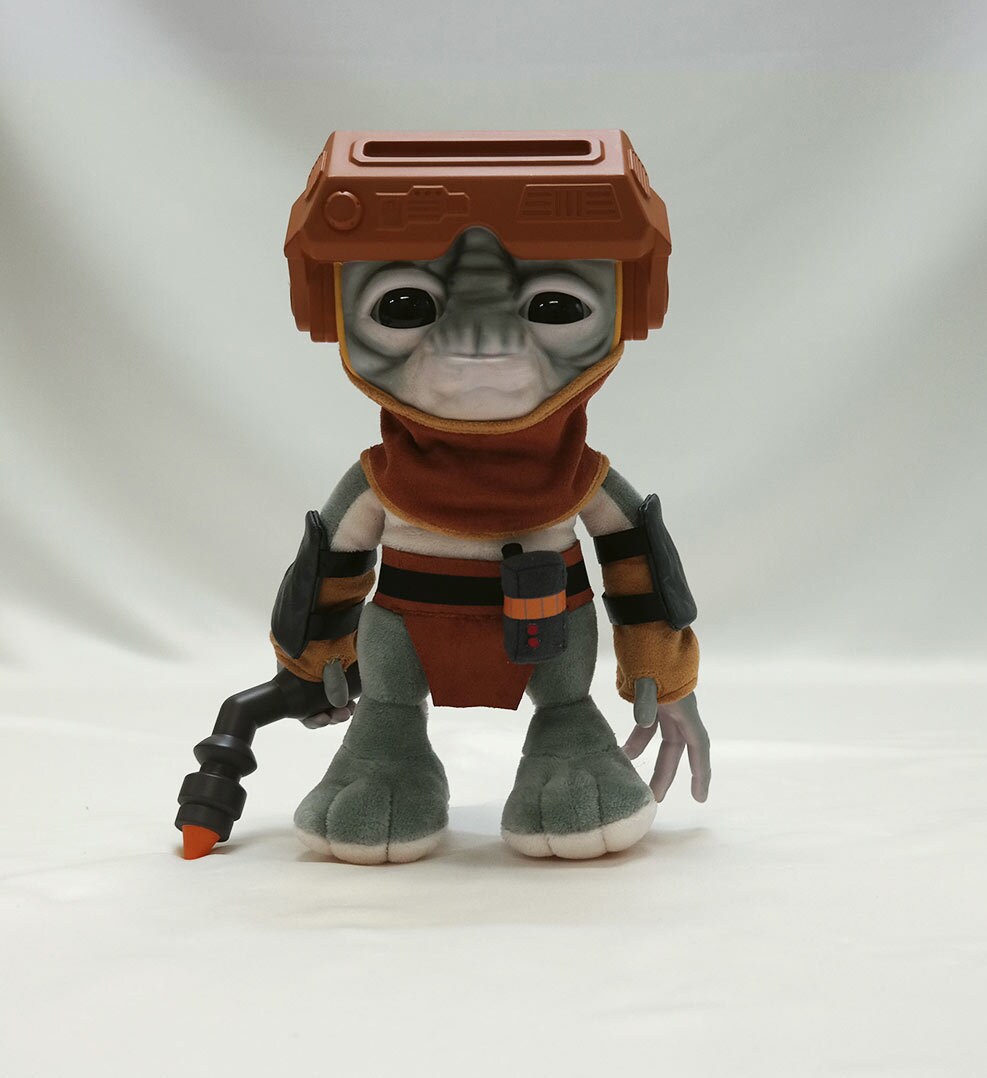 StarWars.com: What's your favorite part of the finished product?

Alexander Lathrop: I especially love how one of his eyes is squinting just a little bit. It makes me laugh every time I notice it. We also added a really nice antique wash to his face to add some color variation and “pop” to all the wrinkles, as well as some really nice glossy plastic eyes that really draw your attention to the face. It’s little details like that that really bring our Babu to life.