Watch the debut of Disney Gallery: The Mandalorian, the finale of Star Wars: The Clone Wars, and more!

May the 4th be with you -- on Disney+! A new Star Wars series and much more arrive on the streaming service today, sure to make your Star Wars Day one that's long-remembered. Here's the intel.

Disney Gallery: The Mandalorian makes its debut today on Disney+, taking fans behind the scenes of the first live-action Star Wars series. In the eight-episode docuseries, executive producer Jon Favreau invites the cast and crew to share an unprecedented look at the making of the series that quickly became a pop culture phenomenon after premiering last November. You can watch the first installment now. 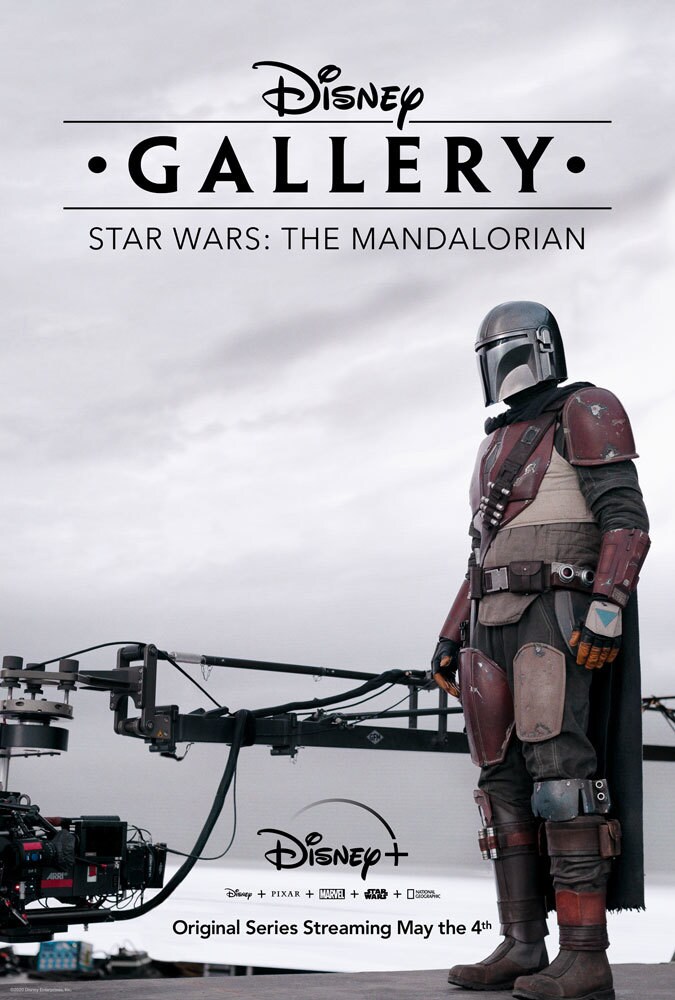 Each chapter explores a different facet of the first live-action Star Wars television show through interviews, never-before-seen footage, and roundtable conversations hosted by Favreau himself. New episodes will follow every Friday.

Also premiering today on the streaming service is the highly-anticipated final episode of Star Wars: The Clone Wars, "Victory and Death," available to stream now. Created by George Lucas and shepherded by Dave Filoni (The Mandalorian), the animated series first aired in 2008 and became an entry point into Star Wars for an entire generation, following fan-favorites like Anakin Skywalker, Obi-Wan Kenobi, and Padmé Amidala, while introducing major new characters like Jedi Padawan Ahsoka Tano and Captain Rex. Star Wars: The Clone Wars became a multiple-Emmy Award winner and a favorite among Star Wars fans. The final season, also guided by executive producer and supervising director Dave Filoni, follows Ahsoka Tano and Rex in the events leading up to Star Wars: Revenge of the Sith.

Finally, you can now stream the entire Skywalker saga for your Star Wars Day marathon with Star Wars: The Rise of Skywalker, which arrives today on Disney+ and is available now. Lucasfilm and director J.J. Abrams joined forces once again to deliver the thrilling climactic chapter in the Skywalker saga, bringing the heroic struggle to restore peace and freedom to the galaxy to an epic, resounding conclusion. 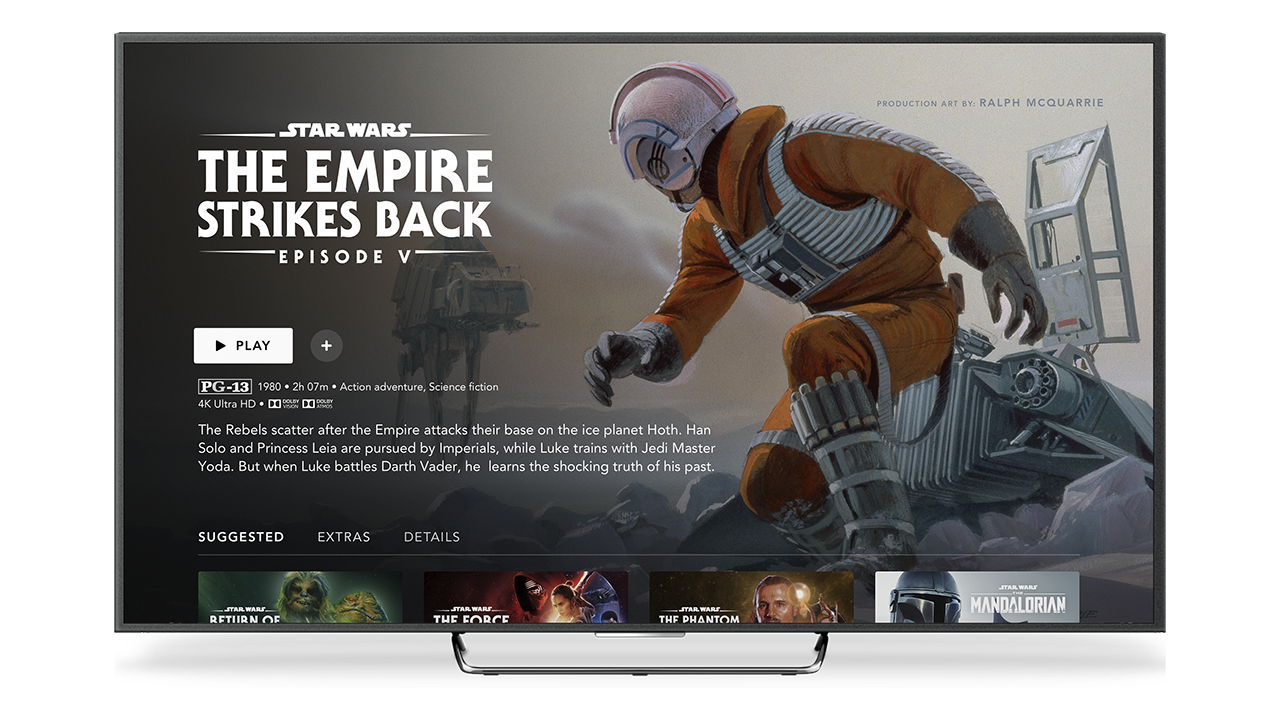 And you’ll find that Disney+ is full of more galactic surprises for Star Wars Day. A week-long concept art takeover on the service kicks off today, with each Star Wars film’s and series’ artwork updated to feature the stunning works that brought the saga to life. From Star Wars: A New Hope to The Mandalorian, the updated art will feature pieces from celebrated artists such as the legendary Ralph McQuarrie and Academy Award-winning artist, author, and production designer, Doug Chiang. On the Disney+ home screen, the animated Star Wars brand tile, viewable on web and connected TV devices, gets upgraded with a new animation that honors the signature hyperspace jump. 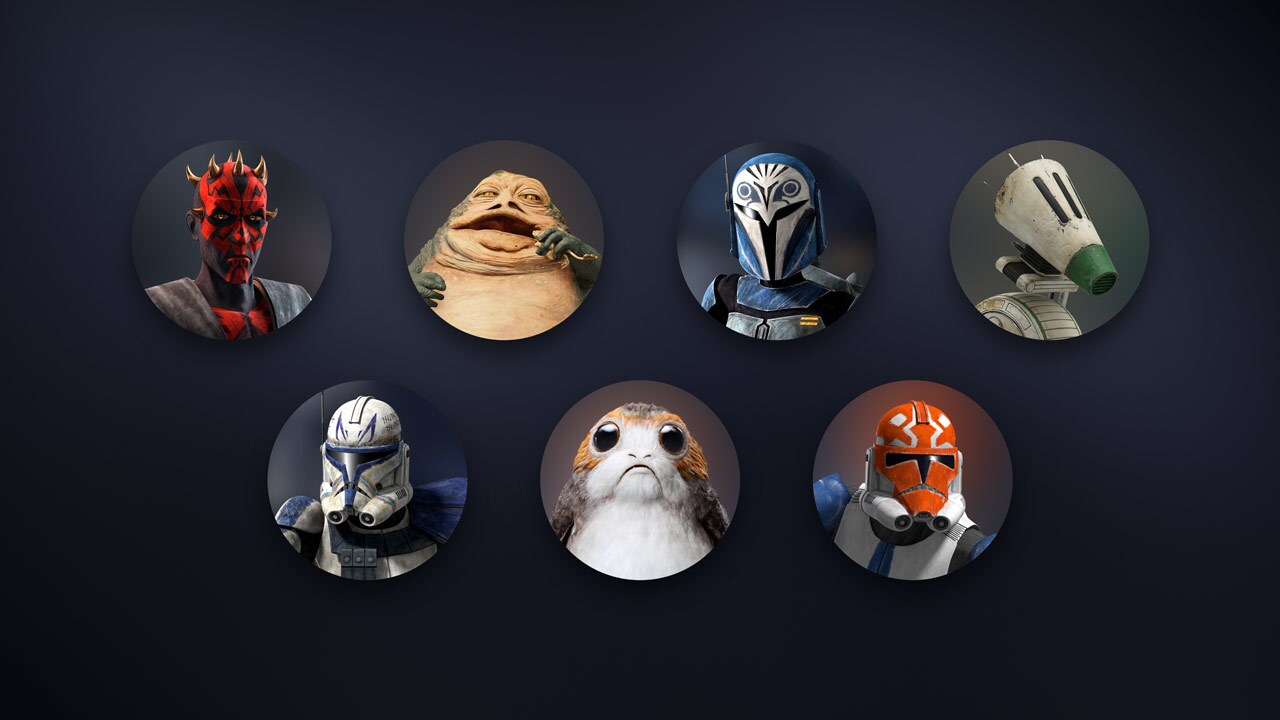 Plus, be sure to check out these new Star Wars avatars for Disney+, now available in celebration of Star Wars Day, including: Darth Maul, Jabba the Hutt, Bo-Katan, D-O, Captain Rex, a porg, and 332nd trooper. (We believe there's no wrong choice, though Jabba may disagree.)

Enjoy Star Wars Day and everything from a galaxy far, far away on Disney+!