Author Alexander Freed on closing out his high-flying trilogy.

With the end of the war against the Empire at hand, the story of the pilots of Alphabet Squadron comes to a head with the final book in the trilogy, Alphabet Squadron: Victory’s Price, by Alexander Freed. The five starfighter combat veterans, each piloting a different kind of rebel craft, have been through a lot as they have been tracking down their Imperial nemesis: Shadow Wing. With their own individual issues and strained friendships, they still continue their battle together -- except for squadron leader Yrica Quell, believed dead. With the release of Victory’s Price at hand, we caught up with author Alexander Freed to help get us ready for the last chapter in the adventures of Alphabet Squadron. 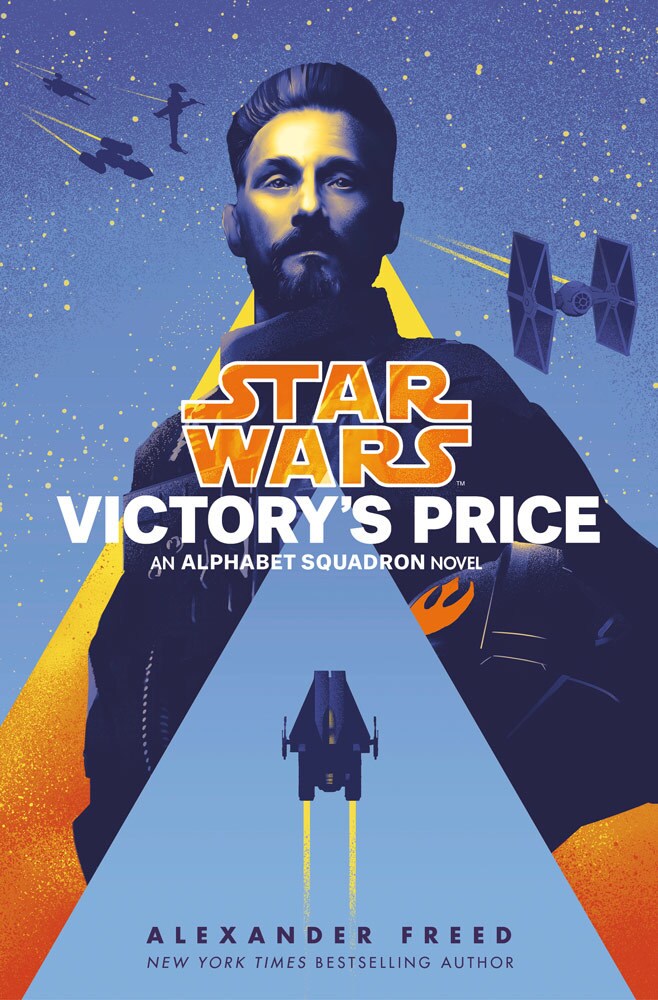 StarWars.com: Victory’s Price finishes off the story of Alphabet Squadron. While we saw them coming together in the first book, and starting to splinter again in the second, what unites the five pilots?

Alexander Freed: Ultimately, it's the Alphabet pilots' hard-earned, intimate understanding of one another that unites them. Yes, their shared mission to stop Shadow Wing is tremendously important, as are the experiences they've shared over the past two books…but each of the pilots has history and traumas that've shaped them in ways they aren't always keen to admit, and over time they've come to reveal their truest selves to one another. Grudgingly, in some cases.

They all still have secrets, and they're often misunderstood, but their colleagues know them better than anyone else in the galaxy. That's a bond that's tough to break. Especially between friends, but even among enemies. 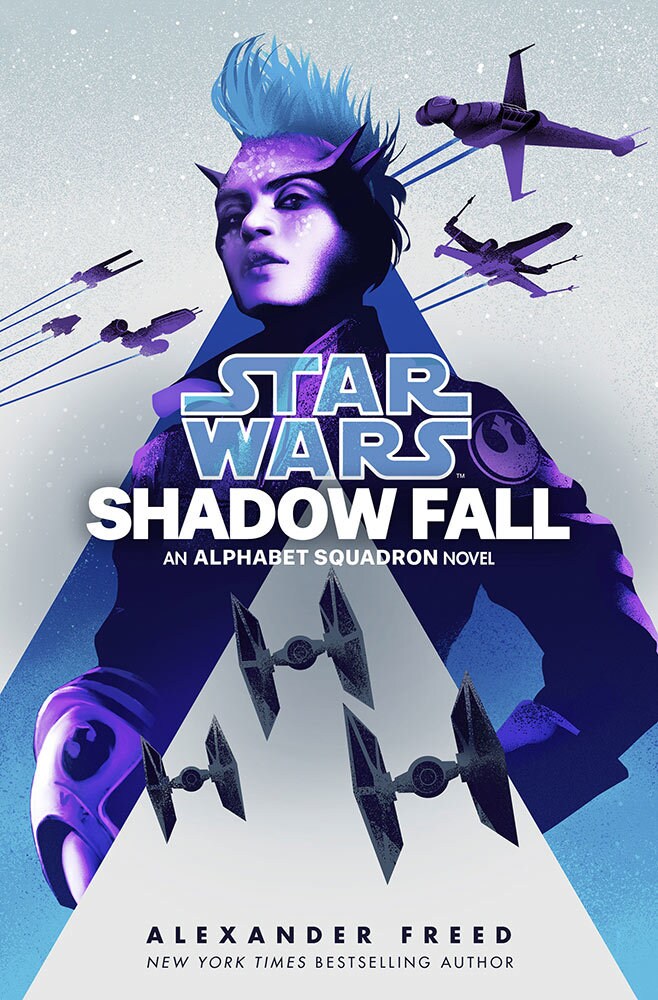 StarWars.com: When the previous novel, Shadow Fall, ended, many of the characters were in very different places in their lives than when they started the trilogy. Who do you think changed the most?

Alexander Freed: That's a tough question! The easy answer would be Quell, but while her changes might be the most dramatic I'm not certain they're the biggest beneath the surface. Both Wyl and Nath would probably claim to be the least changed. Chass' road may be the strangest and most winding, going one way and then zig-zagging around. Maybe the right answer is Kairos, for reasons that will be illustrated in Victory's Price -- yes, she's talking, she's showing her face, but those are only the outward manifestations of a deeper change she's been through.

StarWars.com: The story of Alphabet Squadron is really one of an interconnected network of relationships. What is important to you about writing and understanding these different types of relationships?

Alexander Freed: A lot of it is being mindful of how each character perceives their relationships with the others, and how perception may be different than truth. Here's an overly simplistic example, just to clarify: Wyl tends to assume the best of people -- believing that whatever they're doing, they usually believe it's the right thing to do, even when they're wrong or misguided. He values open and empathetic communication as a way to build bridges. Chass, meanwhile, tends to see people as dupes and pawns, guided by whatever they've been programmed to believe. She has an emotionally transactional view of the world -- you help someone, they owe you; they hurt you, you hurt them back -- and she might argue that creates a fairer, more just world than anything Wyl would concoct.

For all those reasons, Wyl and Chass perceive their relationship with one another very differently! They're going to assume the other person is motivated by forces they aren't, and attempt to help or hinder the other person for reasons that may not be valid. Often, this creates stumbling blocks and tragic misunderstandings. Sometimes it reveals important truths.

StarWars.com: Some of the biggest events in Shadow Fall for Yrica Quell are the loss of Caern Adan and IT-O and her re-establishing contact with her old mentor, Soran Keize, now in command of Shadow Wing. How have both of these shaped who she has become by Victory’s Price?

Alexander Freed: Quell spent Alphabet Squadron in denial about herself and her past with Soran, trying to run from who she was in the Empire. In Shadow Fall, she was forced to confront her past -- at several points and in several ways, but most profoundly in her journey with Adan and IT-O. Now there's no more running. She's accepted the truth of what she's done. The question is: What are the implications of that, and what is she going to do about it?

StarWars.com: The friendship between the former pirate Nath Tensent and fresh squadron leader Wyl Lark got tested during the battle on Troithe in Shadow Fall -- where are they now in their relationship?

Alexander Freed: Things are awkward! Wyl and Nath both have too much affection for the other to be truly at odds, but they've reached a point where their differences make a continuing friendship challenging. At the start of Victory's Price, they're both aware of this in their own way, but neither has a plan to deal with it.

As with everything in the series, it's complicated, but the essence is this: Not wanting to see his friend Wyl burdened with the guilt of a bad decision, Nath thwarted Wyl's good-hearted - -but somewhat reckless -- plan to avoid bloodshed on the eve of battle.

Both Nath and Wyl had good reasons for what they did, and Nath acted in what he saw as Wyl's best interests. But how does a relationship recover from that? Wyl can't be too bitter toward Nath, but how can he maintain a friendship with the man knowing the situation may reoccur?

StarWars.com: When you write starfighter battles with Alphabet Squadron, you often balance the pilot communications with how challenging combat is -- how hard it is to do a bombing run, or to provide cover for a slower ship, or fly with a ship shot to hell. How do you approach writing these battles, and what extra challenges do you throw at your pilots on both sides?

Alexander Freed: For me, the most important thing is figuring out the emotional core of the fight -- what is it about, what are the characters feeling (physically as well as mentally), and what do they need to go through to get to where they need to be for the story to work. But I also spend a lot of time trying to figure out interesting tactics, new scenarios (one-on-one duels, technical problems, new varieties of opponents), and so forth -- a battle scene without a heart is pointless, but a battle scene that doesn't have something interesting going on deservedly loses a reader's attention.

Victory's Price has a couple of fun "set piece" battles that came out of knowing what I wanted to accomplish and working out from there: "What's the most flamboyant, Star Wars-y way to make this happen, ideally with a good number of explosions?"

StarWars.com: Chass na Chadic carries a lot of weight on her shoulders, continually surviving as her comrades have died. Alone on Troithe, she found a connection with a cult, the Children of the Empty Sun. How has this experience changed Chass and how she relates to the rest of her squadron?

Alexander Freed: For ages, Chass was determined to become a martyr; now it's looking more and more like she's going to survive the war, and that puts her in a difficult position -- she has to imagine a future for herself, and that's not something she can easily see. It's also not a problem she imagines the rest of the squadron facing. Her experience with the cult offers one potential solution, but it could well alienate her from her comrades…thus, separating her from one of the few forces tending to her mental health.

StarWars.com: The most enigmatic member of Alphabet Squadron is Kairos, the U-wing pilot. She was badly injured in the previous book but she’s back now. What keeps her going through this part of her life?

Alexander Freed: Other than sheer stubbornness? IT-O and Caern Adan were Kairos's closest companions, so their loss hits as hard as her injuries. She's not one to give up, but she needs to figure out what's next for her. Saying anything more would be giving away too much! 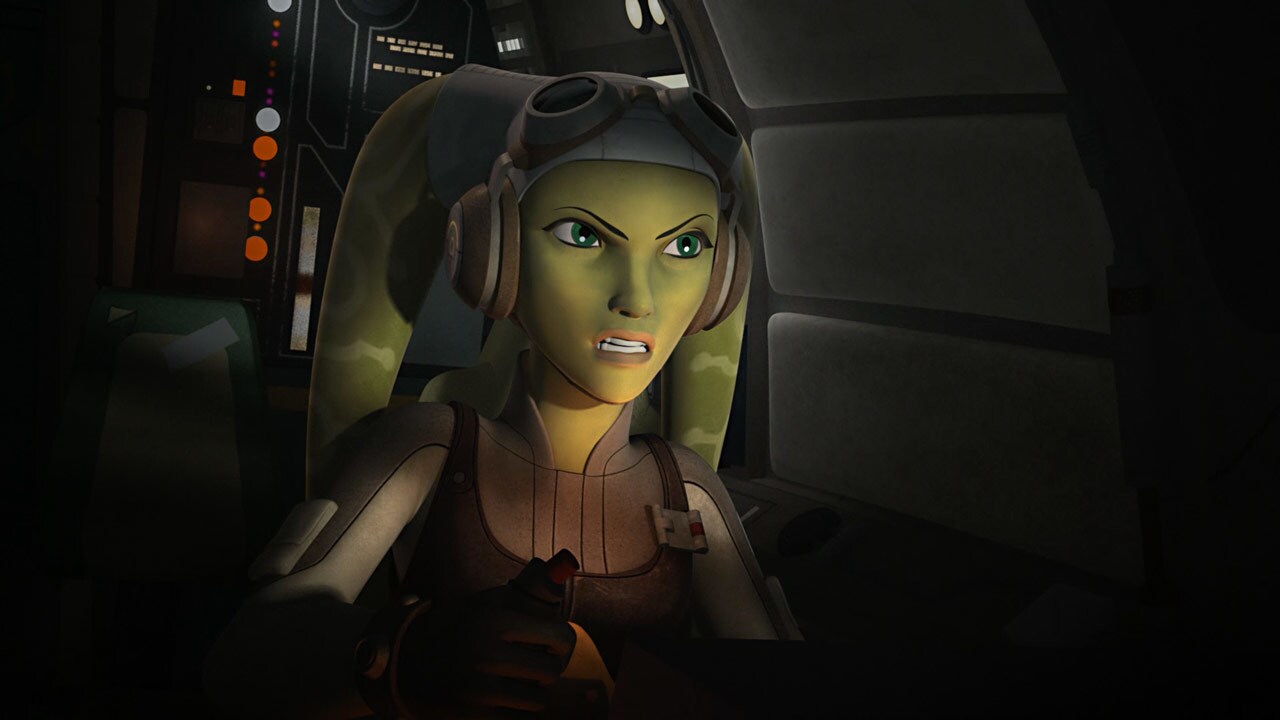 StarWars.com: What is it like to write Hera Syndulla as she is in the post-Endor timeframe, no longer with her crew of the Ghost, but as a general of the New Republic, and in charge of large capital ships and complex operations?

Alexander Freed: Hera, in some ways, epitomizes the spirit of Star Wars -- a good-hearted woman of high spirits thrust into adventure, terrible trials, and eventual leadership. She's more than risen to her task as a general, and we see more of her than ever in Victory's Price, conferring with the New Republic's military council and seeking to bring an end to a very long war. But her personal commitment to stopping Shadow Wing has grown steadily over the novels. Once it was one of many vital operations she was overseeing, while now it's her primary focus. She's seen what Shadow Wing can do. In Shadow Fall, she saw what Shadow Wing did when she split her attention. She's not going to let that happen again.

StarWars.com: Soran Keize sees his Imperial service as more than loyalty to the Empire. While he’s willing to commit atrocities like Operation Cinder, what really drives him in leading the 204th Imperial Fighter Wing?

Alexander Freed: That's an excellent question. If you asked him, he'd say loyalty to his comrades. That while he may believe in some of the values of the Empire, everything he's done since Endor and his sojourn as Devon has been to support and protect the people who fought for and alongside him.

If you asked him, he'd say that. He'd even believe it. But is it true?

StarWars.com: In Star Wars, there is a spectrum for characters from total heroes to complete villains with some folk in that gray area in the middle. Where do characters like Yrica Quell and the rest of Alphabet Squadron fit in that scale? Do they slide around a lot as circumstances dictate?

Alexander Freed: One of the things I enjoy about working in the Star Wars galaxy is the clearly defined moral "poles." Luke Skywalker is a Good Man. Not a perfect one, maybe, but Good and attuned to the Force. Emperor Palpatine is an Evil Man, and he controls the dark side of the Force. In short, you can point to things within the setting and go, "That's evil!" with confidence.

But most of the galaxy isn't at the poles. They don't know that Luke is Good and Palpatine is Evil. Quell lives in a universe governed by forces -- no pun intended -- she doesn't truly understand, and that's true of most of the squadron. It's a lot easier for the reader to judge their actions than for the characters themselves.