The new novel, out today, sees the Chiss tactician crossing paths with the Empire’s finest -- Krennic, Tarkin, and more.

Gather up the greatest military commanders of all time, add in a healthy dose of Sherlock Holmes-style observation and inquisitive investigation, and a pinch of author Timothy Zahn’s personal experience playing chess, and you start to get an idea of how he constructed the brilliant mind of Grand Admiral Thrawn.

Only this time, Zahn, whose latest book Thrawn: Treason hits shelves today, is essentially playing against himself. “I’m playing both sides of the chess board,” he tells StarWars.com. “I don’t want stupid villains or stupid heroes. That’s boring. I want both sides to be smart within their own parameters, within the range of what they know, and so it’s a matter of both sides are clever. I usually go in knowing which side is going to win and I work it that direction.” 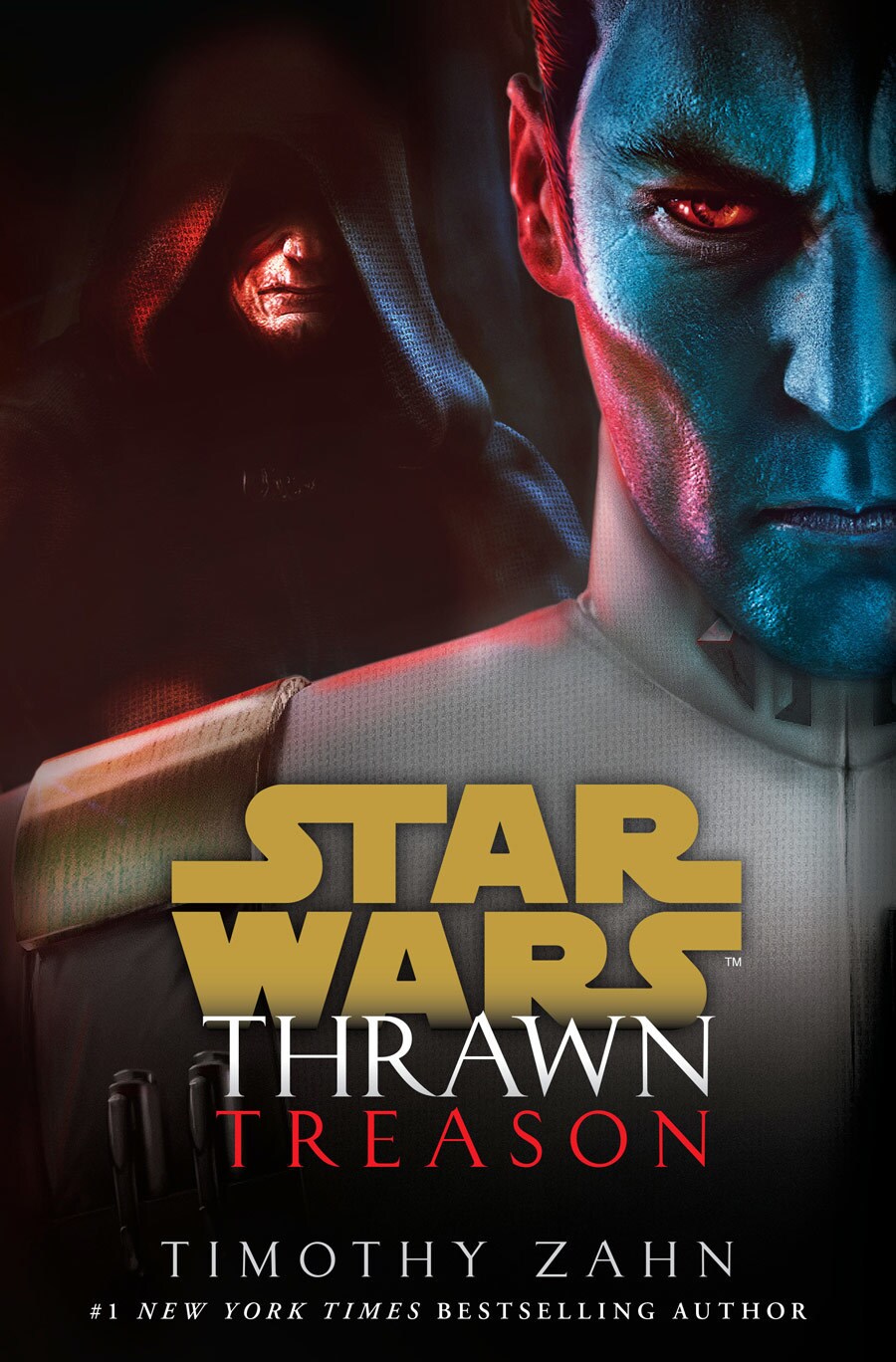 The third and final novel in his new Thrawn trilogy sees the genius Chiss tactician trying to navigate the political landmines of working for the fearsome ruler of the galaxy, Emperor Palpatine himself, and coexisting on the same side as cruel and conniving Director Orson Krennic and the ruthless and blindly ambitious Grand Moff Wilhuff Tarkin. What follows is an expertly-crafted piece of political intrigue and Imperial backbiting in a story set amid the final season of Star Wars Rebels, just as Thrawn’s pet TIE Defender program is halted in favor of Krennic’s secret Death Star project.

“It’s an echo of the Third Reich because Hitler deliberately set his top people fighting among themselves so they wouldn’t gang up on him,” Zahn says. “You can see Palpatine doing very much the same thing, letting Tarkin and Krennic fight back and forth, lest they decide to unite. It’s got a historical basis to it.” In the novel, Zahn builds upon the tempestuous relationship that was introduced in Rogue One: A Star Wars Story. “A lot of it is kind of beyond Thrawn’s perception,” Zahn says. “He just doesn’t understand politics the way he does military, so those [scenes] are always fun to do, just watching Tarkin playing against Krennic.”

Meanwhile, Thrawn’s former protégé Eli Vanto returns with a dire warning about his homeworld, essentially forcing Thrawn to make the impossible choice between his duty to the Chiss Ascendancy and fealty to the Empire. But you’ll have to read the book for yourself to find out what happens next.

Zahn could have never predicted he’d even get the chance to close out another Thrawn trilogy after first introducing the character in his Legends series, the Heir to the Empire trilogy, in 1991. “I guess the thing that impresses me most is, first of all, that the fans are still interested in Thrawn and, secondly, that I’m still able to find new stories to tell about him,” Zahn says. “The danger with a character that’s been going that long is that the well runs dry. You’re repeating yourself. And the wonderful thing about this latest trilogy is that because it is set in an entirely different era than I’ve ever written in before, I have a whole cast of new characters. I’ve got an entirely different political/military situation, so it’s not the same. It’s the same Thrawn, but he has to deal with entirely different things.” 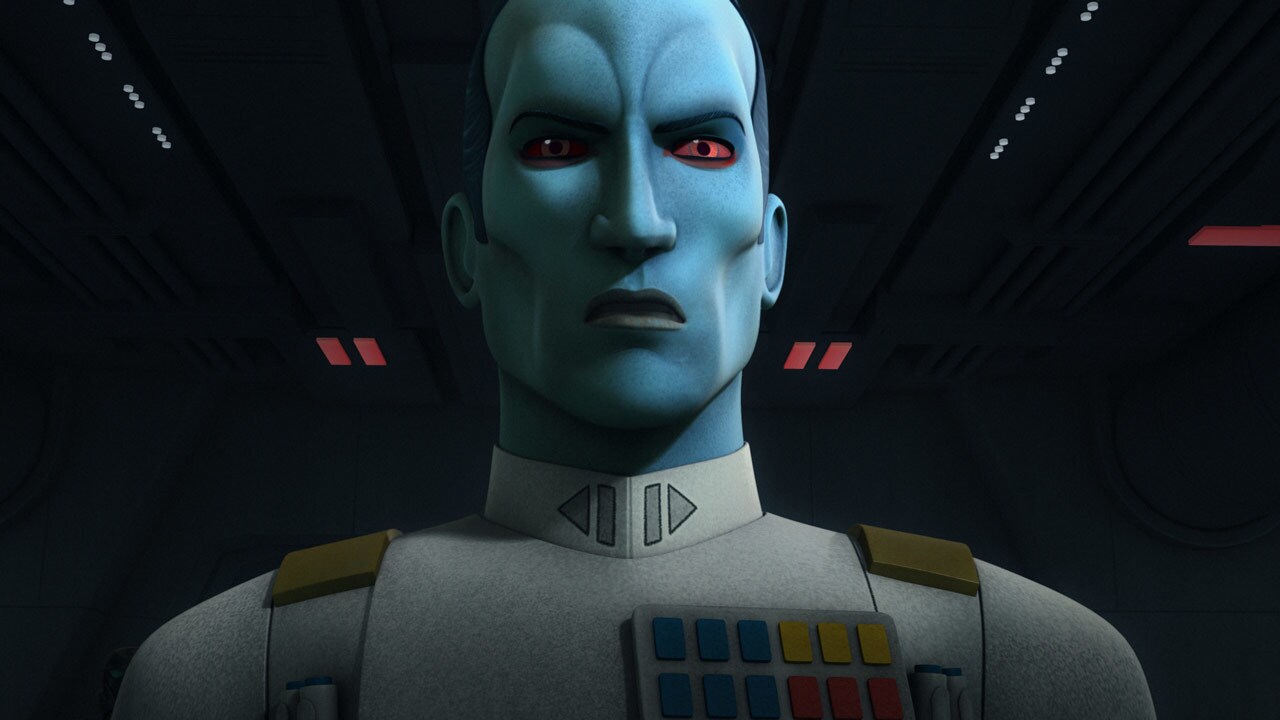 The newest stories also continue to include echoes from Legends lore. Eli Vanto is back in the latest book as well as Captain Pellaeon, a character who had served as Thrawn’s right-hand man in the earlier trilogy and who was resurrected in the series finale of Star Wars Rebels.

But Zahn is adamant that given all the intel and mastery in a situation, Thrawn could defeat any opponent. “Even the best generals and admirals had blind spots,” Zahn says, but not Thrawn. “My feeling is, if you give Thrawn perfect control and perfect information, he will always win. The way you defeat him is throw something he can’t control or throw something he can’t anticipate at him.”