The New Star Wars: The Black Series Figures Look Amazing, and Here's Why

Design director Steve Evans on a revolutionary new process that is changing the face (literally) of Hasbro's action figures.

When Hasbro's Star Wars: The Black Series line arrived in 2013, it was a game-changer. Highly-detailed, highly-articulated figures in a 6-inch scale -- it was something fans had wanted for years. And the line has been a joy, garnering critical acclaim while delivering everyone from X-wing pilot Luke Skywalker to fan favorites like Hera Syndulla of Star Wars Rebels. A key to the line's success, however, is that throughout the Black Series' run, Hasbro has always pushed forward and experimented. Black Series has introduced vehicles and creatures. Employed vintage-style cardbacks for Star Wars' 40th anniversary. Remade Darth Vader from the ground-up for one of the best figures of the Sith Lord ever produced.

But Hasbro's latest experiment may be its most revolutionary: "Photo Real," a new paint-application process that has led to stunning likenesses on the new crop of Black Series figures, including Rey, Captain Rex, DJ, and the upcoming Grand Moff Tarkin.

Poor paint apps can ruin even the most detailed action-figure face sculpt. It's a disservice to the craftsmanship that goes into toy design and to collectors; Hasbro knew this, not just from the reality of toymaking but also from talking with fans. So they set out to do something about it.

"We've been making Black Series figures now for five years," Steve Evans, design director for Star Wars at Hasbro, tells StarWars.com. "As with anything, there are variances in the standard of applying deco. When you buy one figure in one store, and you go to another one, it might not necessarily be the same. You might sometimes get little paint splat, a little off-setting. Little things, little nuances which, to the collector, are very, very important. The brain recognizes a face very quickly. We spend our whole lives looking at faces since we're born. So any deviancy in the way we believe the face should be formed, our brain recognizes instantly."

The problems to be solved, according to Evans, were, "How do we do faces A) better and more realistic to the characters that we're seeing up on the screen and B) more consistently so that we can remove the variances that you get in traditional paint applications?" Enter Photo Real.

While Evans won't divulge everything that goes into the technique, he notes that keeping figure heads steady during painting is a big component and was improved, while the process for printing likenesses onto the sculpts has also been refined.

"The response to Rey, Rex, and DJ, our first three, has been overwhelming," Evans says. "Especially for a $19.99 price point, I think fans have been very receptive." The Photo Real technique, Evans confirmed, will be used on all appropriate figures going forward, including several seen at Toy Fair 2018 last week. "The best reaction I've had was on Instagram," Evans says. "Someone said, 'I got out of Black Series collecting because there were just too many of them. But after seeing these, I am back in.'" 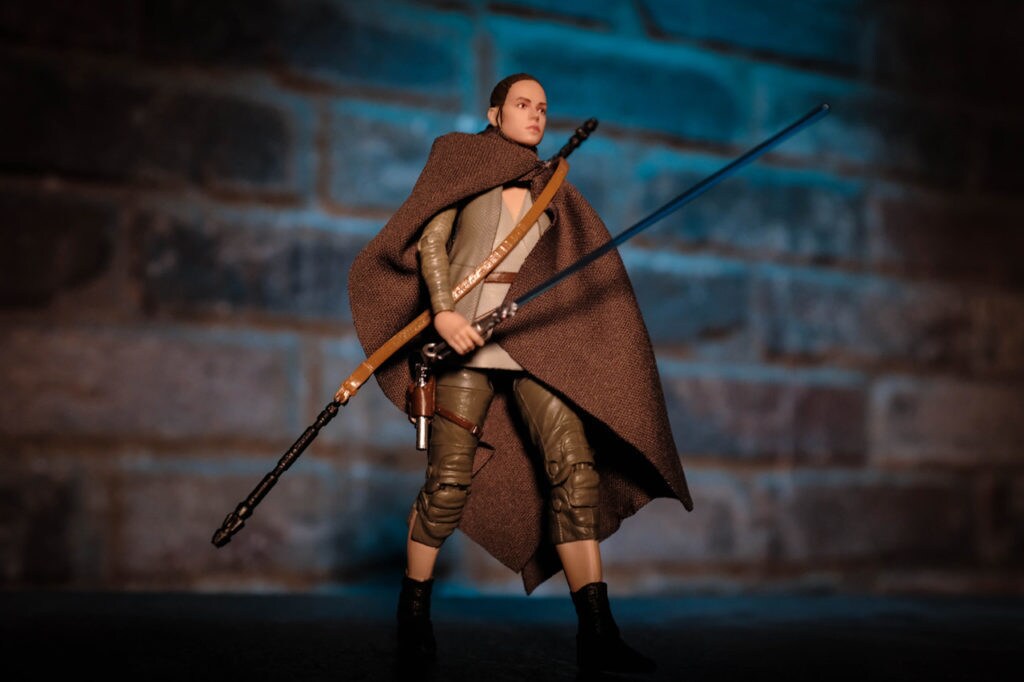 Seeing the figures in person, it's shocking just how good they look. These are the characters' faces and no one else's. Which leads StarWars.com to ask: has the process for sculpting been tweaked, as well? The answer is surprising.

"Imagine you're watching a Star Wars movie without the sound, or without [John] Williams' soundtrack," Evans says. "It's not complete. It's the same movie but it actually brings out the movie. It's exactly the same with the paint applications. The quality of sculpts is exactly the same. It's always been there. We've gone to digital sculpting since The Force Awakens, and we've used the same process and the same group of artists that did those in 2015. So the sculpt is still there, but it's amazing how much the sculpt comes out when you apply the Photo Real effects." 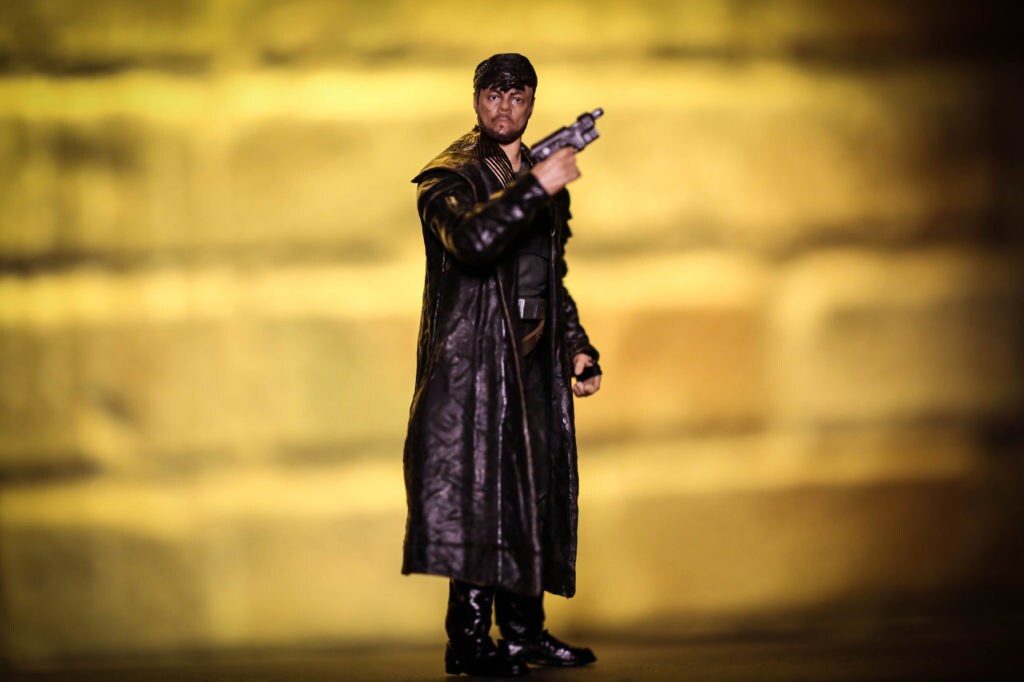 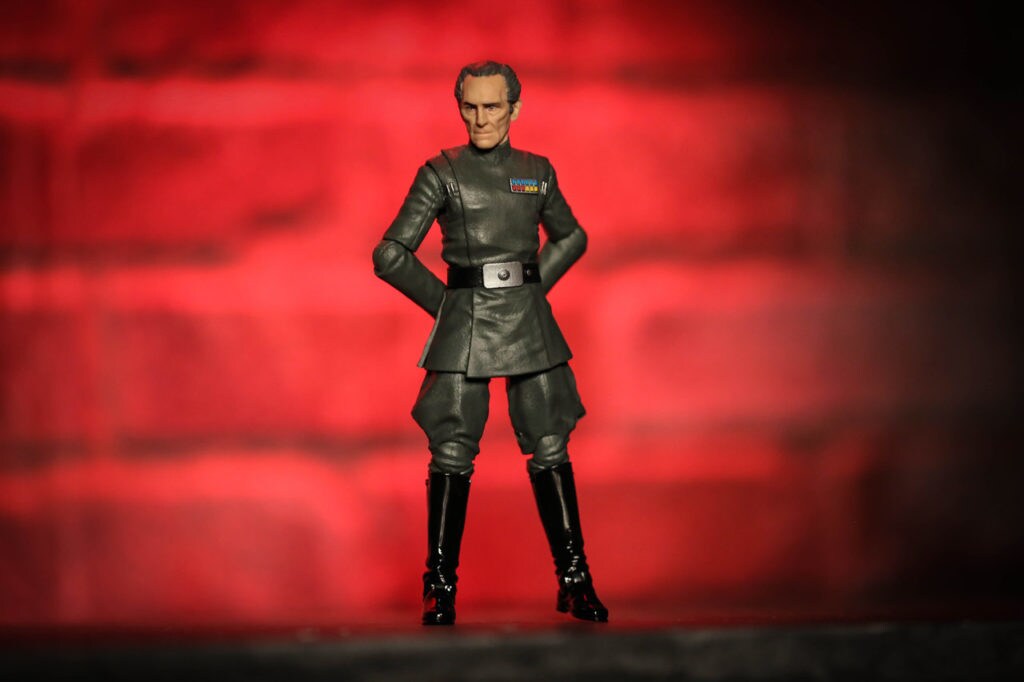 In many ways, Photo Real is advancing the possibilities of what a Black Series -- if not Star Wars -- figure can be.

"The idea of Black Series was always to bring the character from the screen onto the shelf," Evans says. "I think this goes a long way to doing that."

Check out more photos of the first Photo Real figures below, along with commentary from Steve Evans.