StarWars.com catches up with Starkiller himself as the iconic game gets a major re-release.

If you've been smashing your way through LEGO Star Wars: The Skywalker Saga, you've likely encountered the work of Sam Witwer, who voices Emperor Palpatine and Darth Maul in the game. Of course, long before lending his acting chops to these brick-based baddies, the prolific performer was bringing both characters (and many more) to life in a variety of Star Wars projects, from Star Wars: The Clone Wars and Star Wars Rebels to a host of other series, films, and video games from a galaxy far, far away. 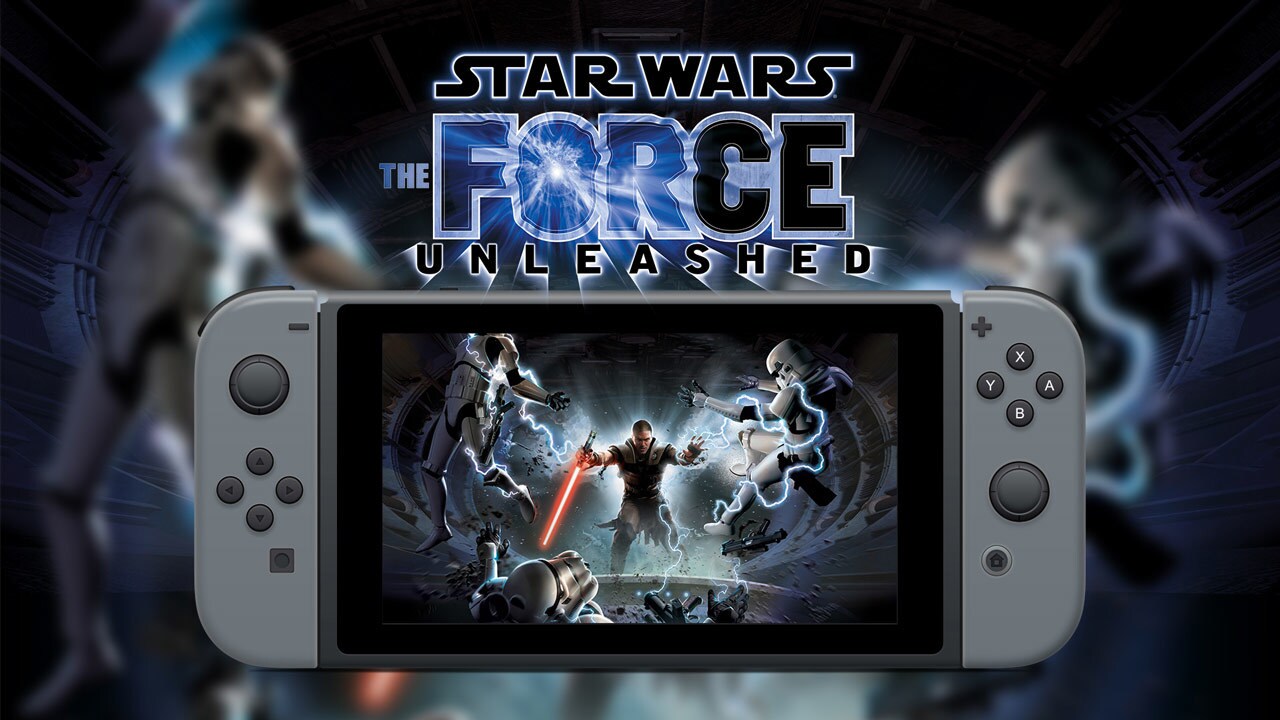 While Witwer's list of Star Wars credits stretch as far as the Dune Sea, his very first role in the saga -- Galen Marek a.k.a. Starkiller in Star Wars: The Force Unleashed -- remains one of his most iconic. As Darth Vader's Force-sensitive secret apprentice in the Legends-storytelling game, he not only helped spawn one of gaming's coolest protagonists, but an incredibly compelling, complex character in his own right. Oh, and he also brought down a Star Destroyer with his bare hands. 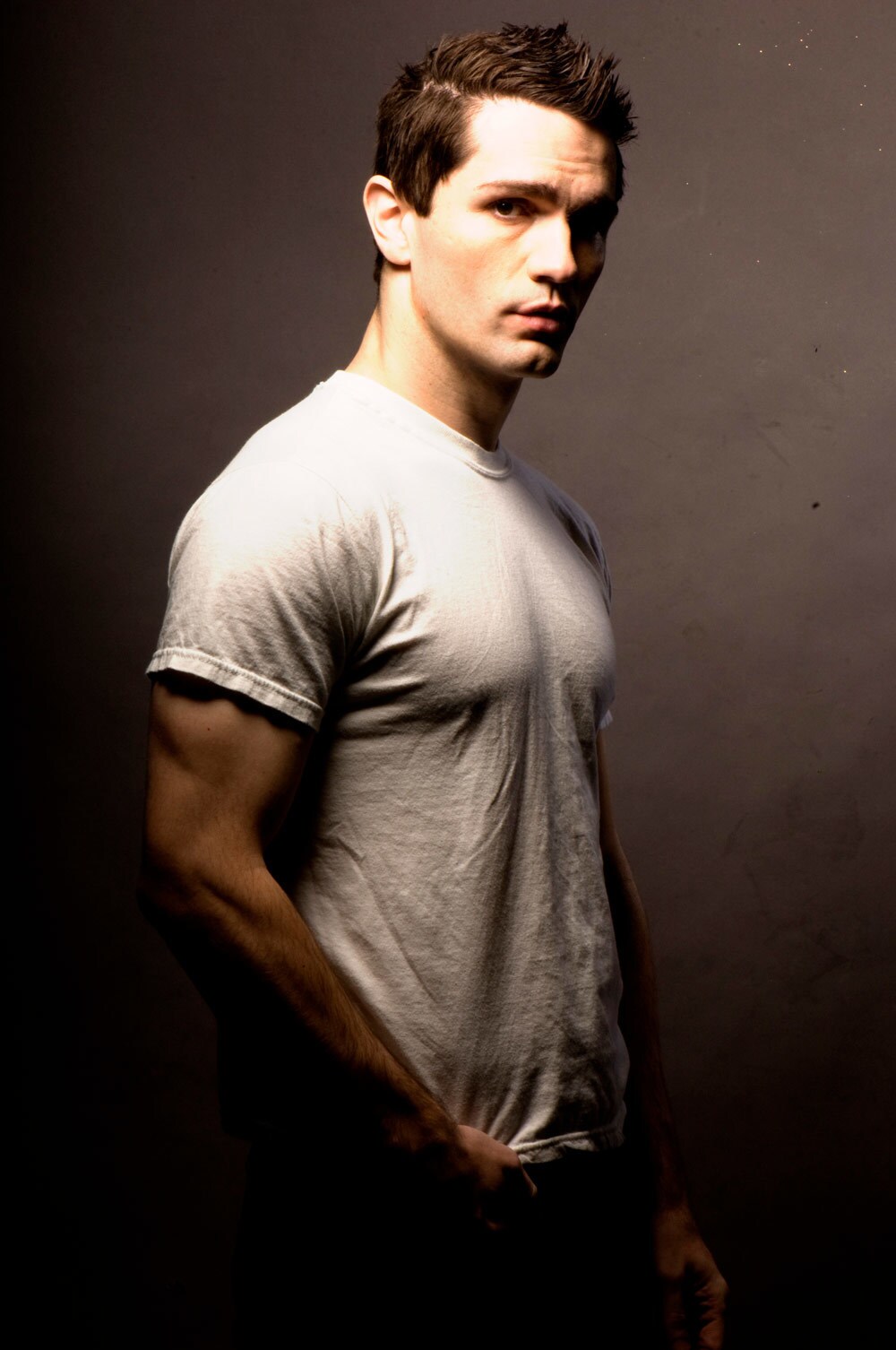 With The Force Unleashed about to hit the Nintendo Switch for the first time -- introducing a new generation of fans to Vader's conflicted pupil -- courtesy of Aspyr and Lucasfilm Games, StarWars.com spoke with Witwer about working on the game, how it jump-started his Star Wars career, and why Starkiller's path serves as a cautionary tale to would-be Sith.

StarWars.com: So how does it feel for The Force Unleashed, nearly 15 years from its original release, to be getting another life on one of the medium's most popular platforms?

Sam Witwer: I’m very, very happy. For an actor, anytime work you did a long time ago just never goes away, that’s a great feeling. And Force Unleashed, ever since it was released, there hasn’t been a week where someone, or multiple someones, aren’t asking me about it. Which is really wonderful -- I love that!

StarWars.com: Does it feel like 15 years since you first brought Starkiller to life?

Sam Witwer: Well, it’s hard to say. Just a few days back was the 11th anniversary of Dave Filoni calling me to tell me to play Maul, right? So, I’m like, “Wow, that was 11 years ago that we decided to do that.” Force Unleashed was 15. I guess the passage of time is a tricky thing to track these days, because I don’t know that I feel that different than I did back then. And then when I review certain things about my life, maybe I am different. But one thing that hasn’t changed about me is my undying enthusiasm and excitement over the Star Wars stories.

StarWars.com: Your longstanding Star Wars fandom is well known, but do you share a similar enthusiasm for games? Were you a gamer before becoming involved with The Force Unleashed?

Sam Witwer: Yeah, I was a huge gamer, table-top RPGs and video games, console games and PC games. I'm still a huge gamer, but I just don’t have as much time for it.

Sam Witwer: I loved Ghost of Tsushima. And I guess maybe it’s sort of a Jedi wish fulfillment, that game, in a way with Jedi having been spawned out of samurai.  So when it comes to gaming, I’ve been around for a little while -- my first gaming console was the Atari 2600. I have watched this entire industry grow up. I’ve watched it go from its infancy, and I was an active participant in it.

StarWars.com: Game technology has seen some significant leaps since The Force Unleashed was first released. How do you think it holds up all these years later?

Sam Witwer: Well, when I play it, I’m biased, because a giant flood of memories comes back and I remember how excited I was to go to San Francisco and go to the studio and be at Industrial Light & Magic, LucasArts, Skywalker Ranch...all these places that I had dreamed of seeing. But having said that, I still love the way the Force is used in that the game. It really encourages you to get creative with the Force and to try things. And that’s really the way it was designed to be played. 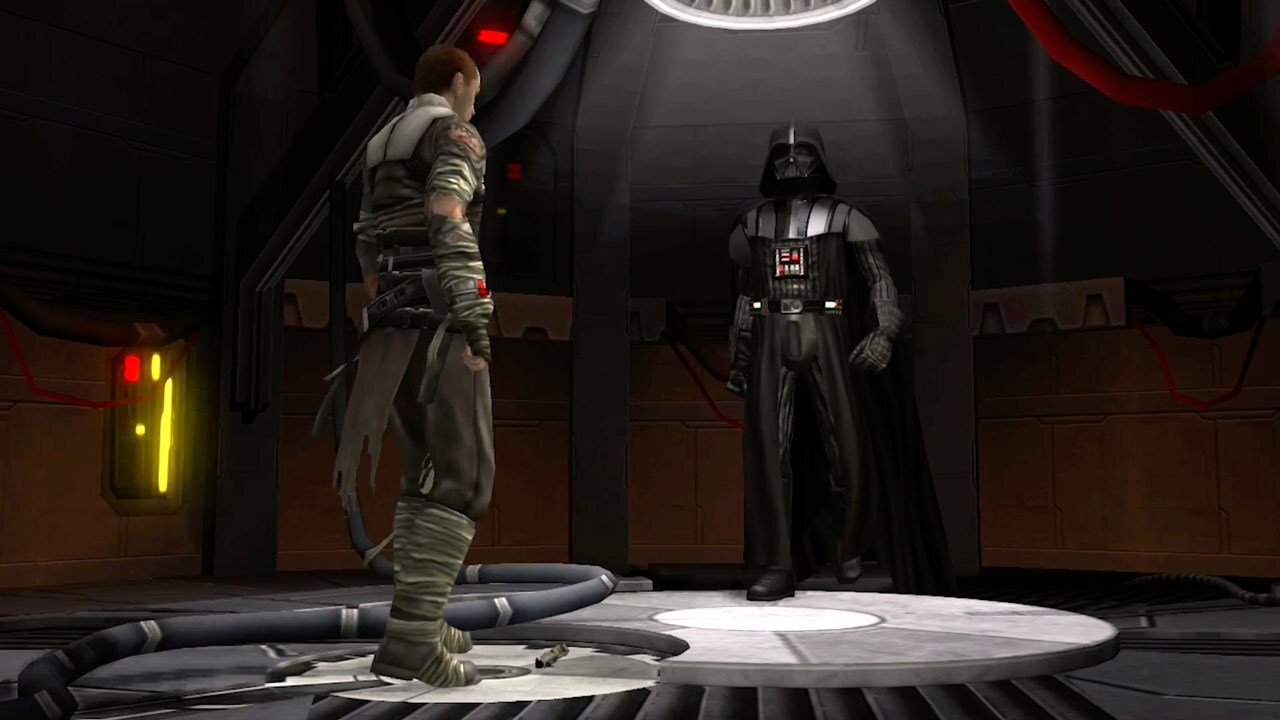 Sam Witwer: I remember we were shooting and we didn’t have a Darth Vader on set, so I was like, “How tall is Vader? Can someone please tell me how tall he is and where I'm supposed to be looking when I’m talking to Darth Vader?” And I remember [voice director] Darragh O’Farrell said, “You know, that’s a very good point, Sam. Can someone take Sam down to go look at Darth Vader?”

So we go downstairs, and they took me to see -- I believe it was from Empire Strikes Back or Return of the Jedi -- a Darth Vader costume. And I was struck by how enormous and terrifying Darth Vader is. We all grew up with Darth Vader, and his character is multi-layered...he’s Anakin Skywalker. So we weirdly are afraid of him, but also have affection for the character. He’s one of the most famous movie characters of all time, but to be confronted with him, face-to-face, and seeing how tall and large he is, how terrifying that armor is, it was a reminder to me how absolutely horrifyingly villainous he could be.

StarWars.com: How would you describe the game -- and the character of Starkiller -- for those who may be looking to play it for the first time on the Switch?

Sam Witwer: So Starkiller is the photo negative of Luke Skywalker. It's like you’re sitting around the campfire and you’re-telling the story of the Sith that turned good, you know, kind of a cautionary tale to Sith everywhere: “Be careful, you might turn good.” It’s that type of thing. And it really is a tall tale. It's this perspective on what was happening between the two trilogies and what was happening with Darth Vader and what his ambitions were, as played out through this young innocent kid and how he has to learn to think for himself throughout the game. Because at first, all he’s doing is trying to please his master, Darth Vader.

StarWars.com: Anything else you'd like to share with fans who are about to discover The Force Unleashed?

Sam Witwer: I would like to invite them to check out an incredible tall tale from the mind of [game director] Haden Blackman with some assistance from George Lucas, and I hope they really enjoy the places that it takes them.

And for me, I would just like to thank all of them: Haden Blackman, George Lucas, David Collins, [senior concept artist] Amy Beth Christenson, Darragh O’Farrell...all the people that helped me get this role. Because without this role, I never get to have a 15-year relationship with Lucasfilm that led me in a lot of different places. If it wasn’t for that one role, I never work on Star Wars, ever. And now, here I am, working on Star Wars all the time. It all goes back to Force Unleashed, and for that reason, I could not be more thankful that those people conspired to let me into the Star Wars universe.

A full-time freelance writer, Matt Cabral has covered film, television, and video games for over a decade. You can follow him on Twitter @gamegoat.