Empire at 40 | Teaching with Star Wars: Han's Advice in Star Wars: The Empire Strikes Back

When Chewbacca wants to take on the Empire himself, Han must act as the voice of reason.

If you are asked to weigh in on one of the most emotional scenes in Star Wars, invariably, you may find yourself reflecting on the climactic moment in The Empire Strikes Back when Han Solo is placed in carbonite. Han, Princess Leia Organa, and Chewbacca have all been betrayed by Lando Calrissian, the baron administrator of Cloud City (who is, by all accounts, a slimy, double-crossing, no-good swindler at this point in the story), and are turned over to Darth Vader. It’s a terrible spot to be in, and what makes it even worse, Han is just a pawn in Vader’s bigger scheme: to capture Luke Skywalker.

From the beginning, Han has been reluctant to be a part of the Rebellion, but he just can’t help himself. He’s a good guy. And now, his friends are in grave danger. For someone who spent so much time on the run, not putting down roots, he finally has something worth fighting for that is bigger than himself.

Perhaps this is why his last conversation with Chewbacca is so powerful. Chewbacca is everything you would want in a best friend: he’s loyal, trustworthy, honest, and certainly comes in handy if you want to pull someone’s arms out of their sockets. And Chewie does not want anything to happen to his friend and co-pilot. The two have been through a lot together, so when he gets the chance, the Wookiee fights back, tossing stormtroopers aside like they are rag dolls.

Ironically, Han Solo is the voice of reason. In a beautiful moment, amid the ugliness of Vader’s evil scheme, the Corellian calmly and rationally tells Chewbacca not to fight, because there will be another time. Even though Han’s friends are full of anxiety and fear, being angry and lashing out isn’t the answer. Solo knows it will only make things worse. 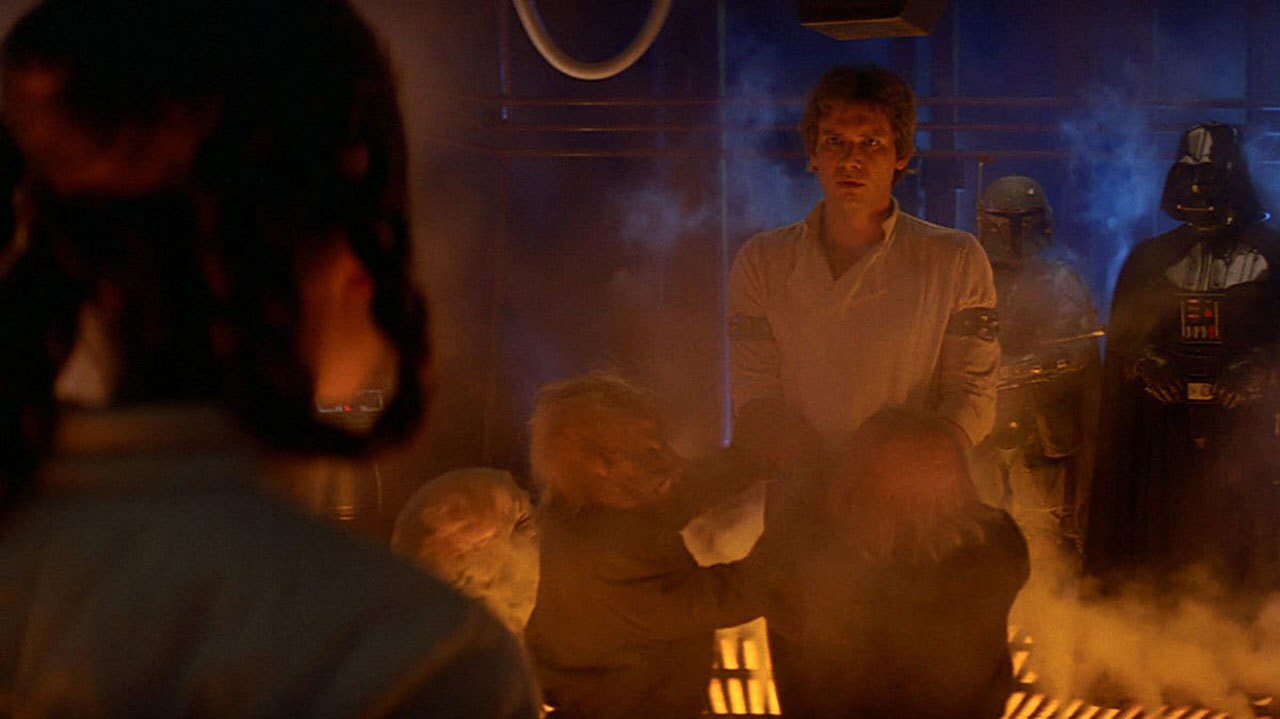 For much of his life, Han's mantra has been that nothing beats a good blaster at your side: if he can't talk his way out of a precarious situation, he will certainly blast his way out. But with his friends in Vader’s sights, he needs a different approach. And Han finds another way, showing great personal growth and love, believing his sacrifice may save his friends.

Fortunately, being placed in carbonite is not something we have to concern ourselves with. But there will inevitably be a time when you feel anxious, scared, or confused. Ask your Padawan to think of a time when he or she felt anxious or helpless and consider the following questions:


What Han Solo learns in this situation is to resist his natural inclination to fight back, and instead, trust that there will be another chance in the future. He learns to get out of his own way and think of what’s best for others. And this example may serve you well someday, too.