You’ll soon run into some new faces on Batuu.

At Star Wars Celebration Anaheim 2022 in the “From a Galaxy Far, Far Away to Disney Park Near You” panel, it was announced that the daimyo of Tatooine and his loyal advisor will stake a claim in Star Wars: Galaxy’s Edge at Disneyland Park -- starting today, May 28. The duo’s appearance will constitute an untold tale in their journey, and visitors may encounter Boba and Fennec as they attempt to remain in the shadows. But the central characters of The Book of Boba Fett are not the only visitors coming to Batuu. The Mandalorian and his ward, Grogu, will also arrive at Star Wars: Galaxy’s Edge at a later date.

In addition, the panel featured a look back at the history of Star Wars at Disney Parks, from Star Tours to Star Wars Launch Bay to Star Wars: Galactic Starcruiser. Fans were treated to rare footage, including the first Star Tours commercial and the making of Star Wars: Galaxy’s Edge, which featured the surreal sight of two Millennium Falcons parked next to each other. Scott Trowbridge, portfolio creative executive for Walt Disney Imagineering, discussed many of the new activations coming to Disney Cruise Line's Disney Wish, as well as new products in development -- with an early look at a functioning camtono. There was one more surprise, however, as Ann Morrow Johnson -- executive creative development, Walt Disney Imagineering, and one of the chief minds behind Star Wars: Galactic Starcruiser -- debuted a new video of the experience.

Check out images of Boba Fett and Fennec Shand, as they’ll appear at Star Wars: Galaxy’s Edge, below. 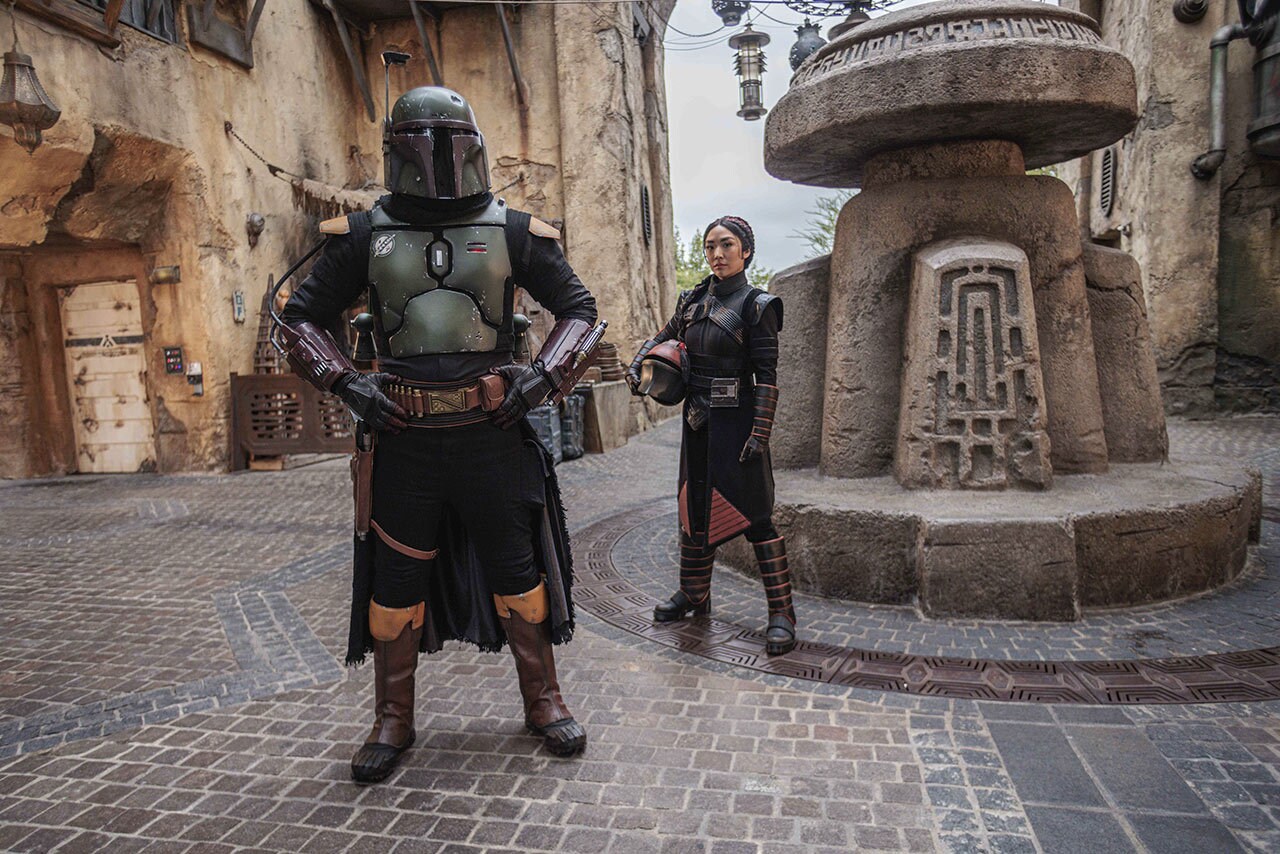 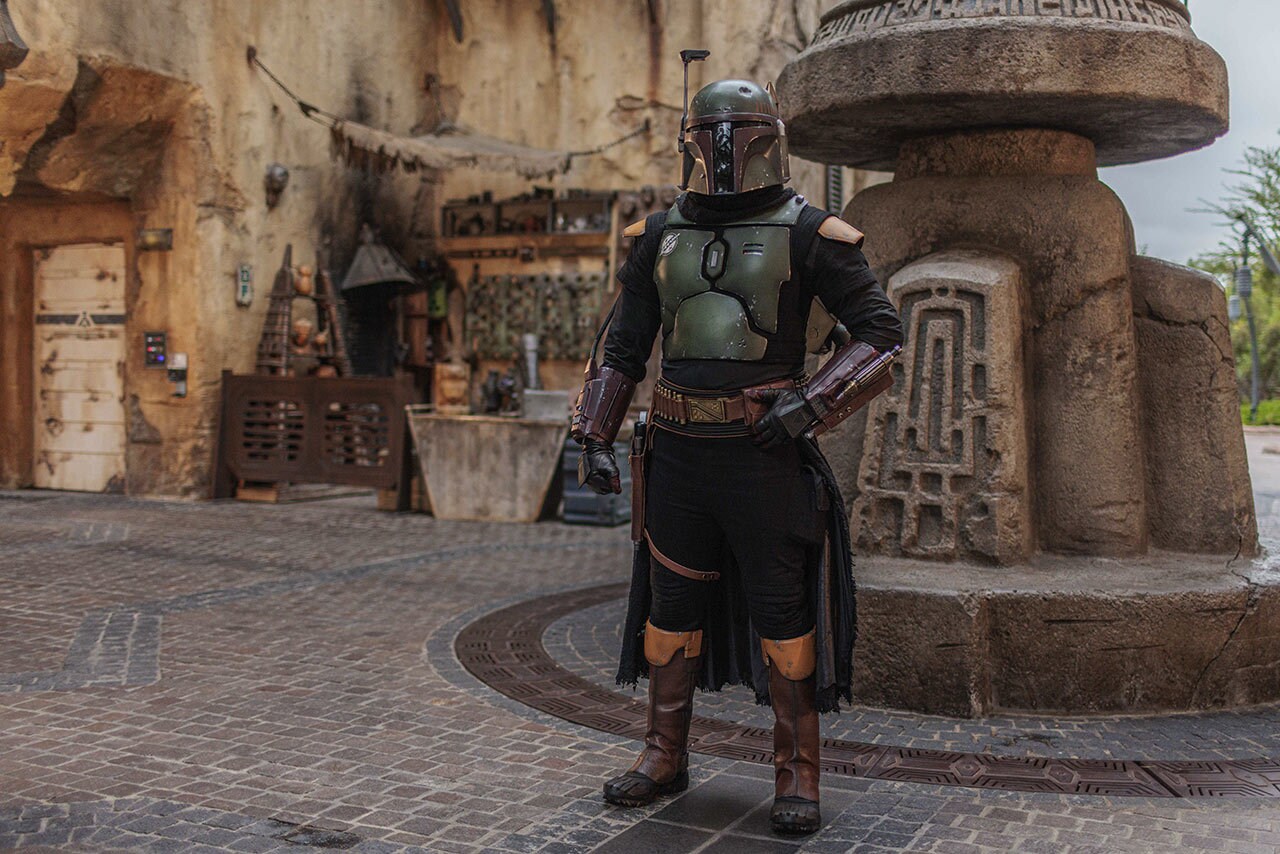 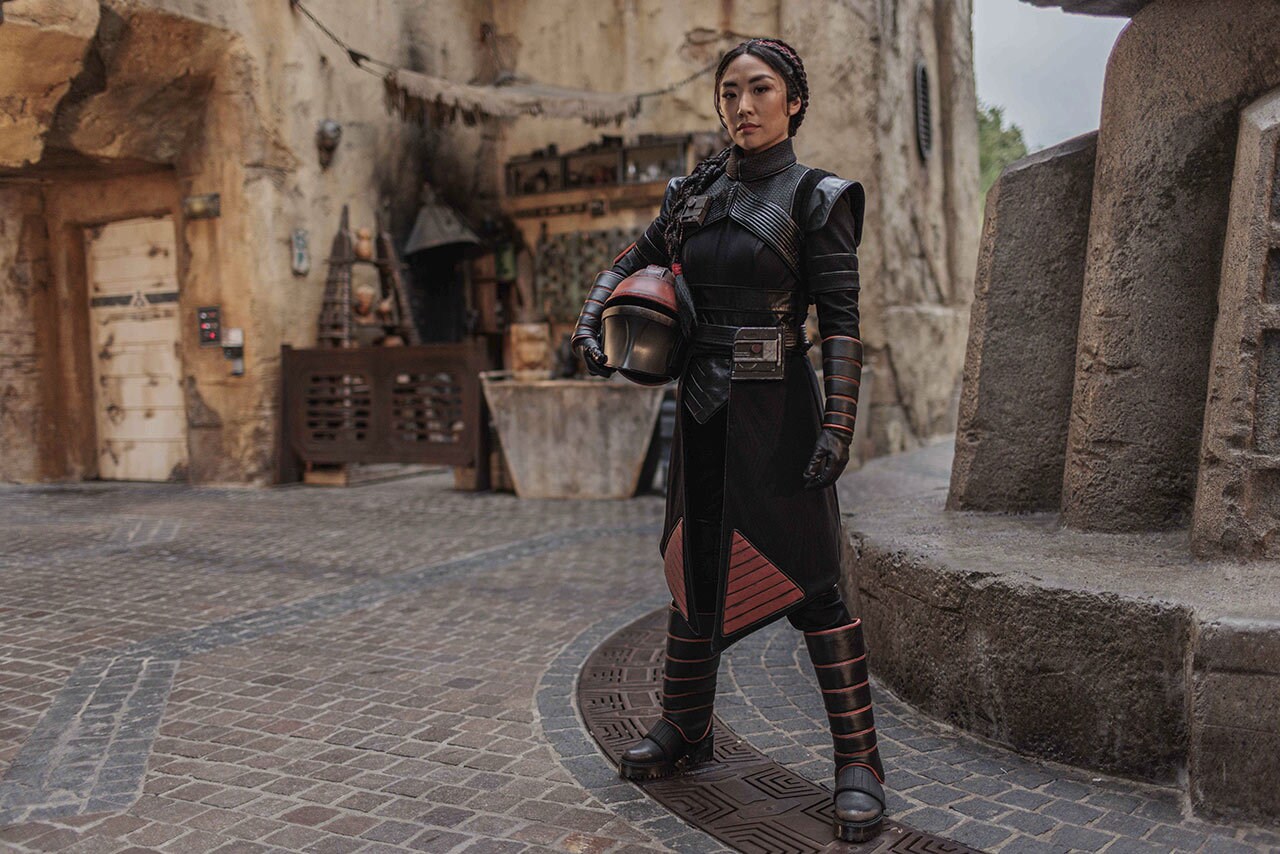