Producer Kanako Shirasaki shares her insights into the captivating art for all nine shorts.

Star Wars: Visions is a unique blend of galactic lore and visual storytelling, an anthology series that invited seven Japanese anime studios to explore their own idea of Star Wars.

To celebrate the series debut, now streaming on Disney+, the artists behind the animation created poster art for every short, custom creations that capture the identity of each story and studio. Listen in as Star Wars: Visions producer Kanako Shirasaki breaks down each one from the literal connotation of "Akakiri," realized in a wash of red, to the tour poster feel of "Tatooine Rhapsody." 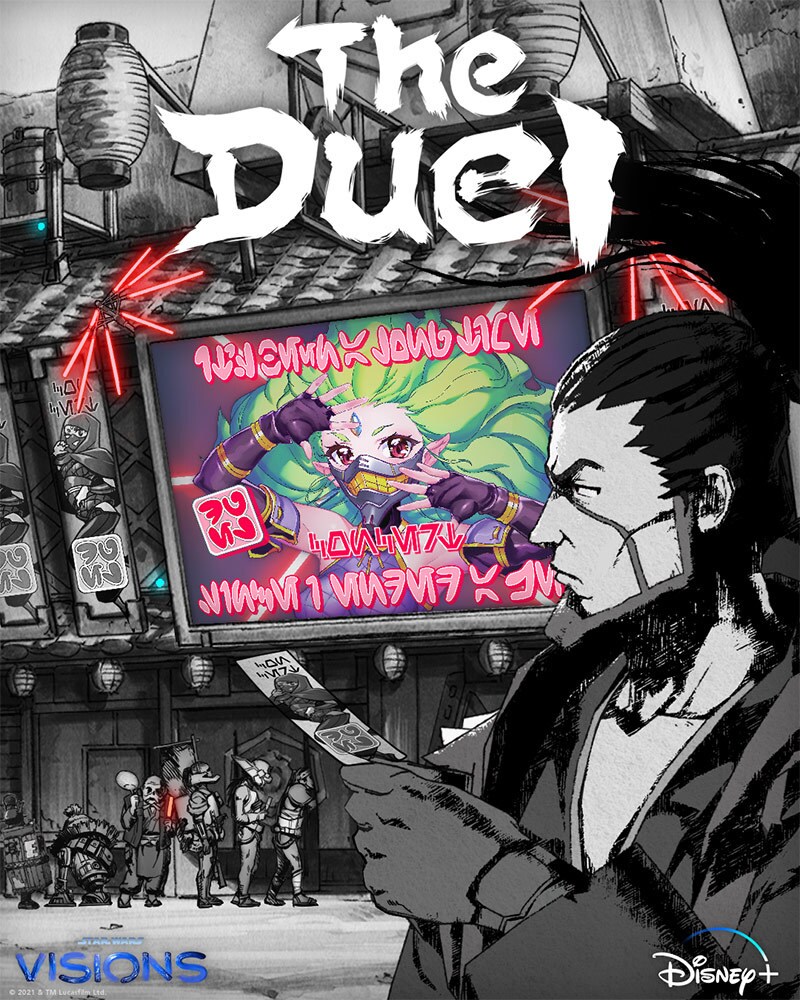 "The Duel" from Kamikaze Douga

"'The Duel' imagines the Star Wars universe as a classic samurai film. This nostalgic framing contrasts with a modern take on the colorful Sith bandit leader shown here instead as a pop idol, as if she were having a concert in the village." 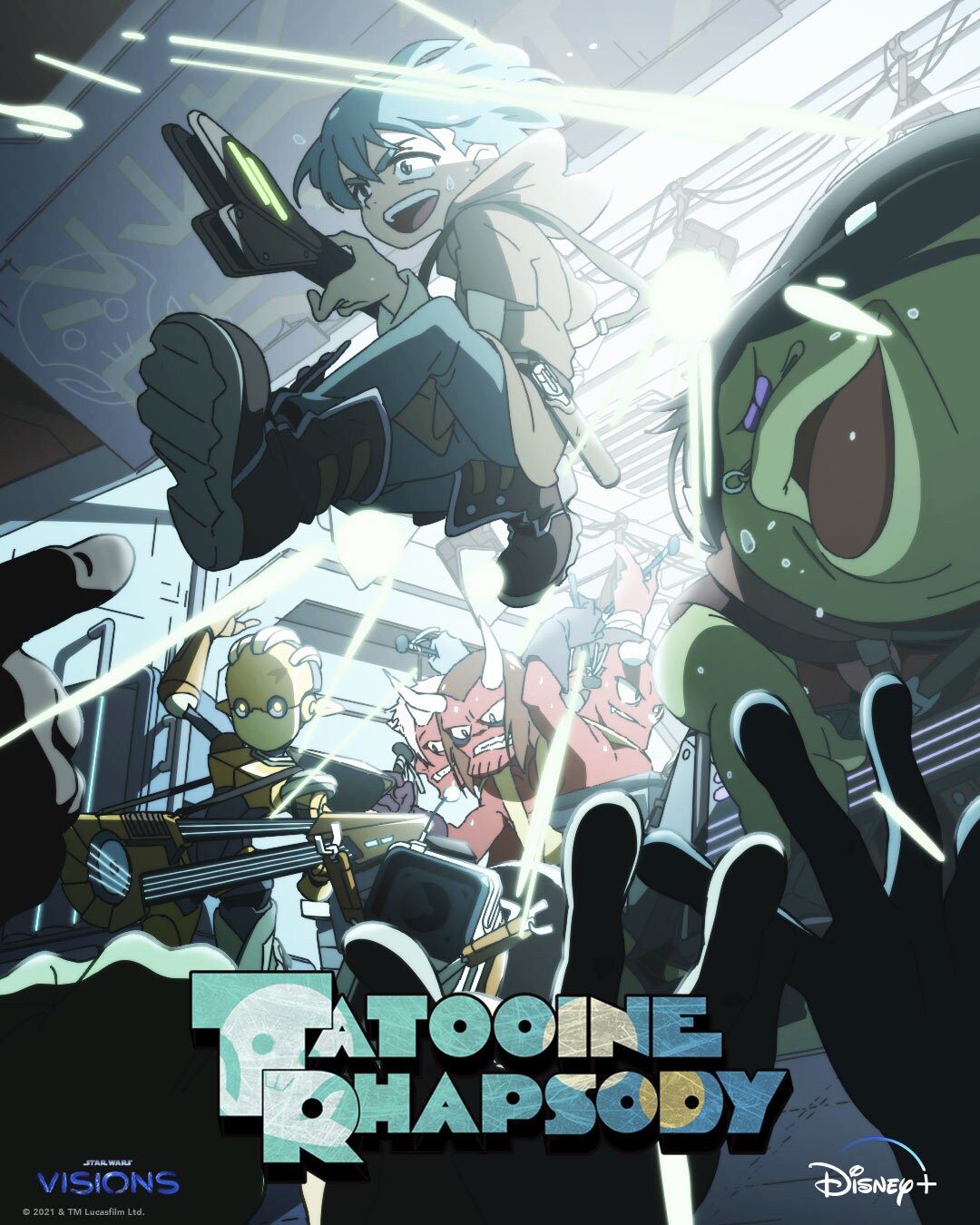 "The band Star Waver performs at the Mos Espa Grand Arena seen in 'Tatooine Rhapsody.' I imagine this could be a concert poster for their tour leading up to that performance!" 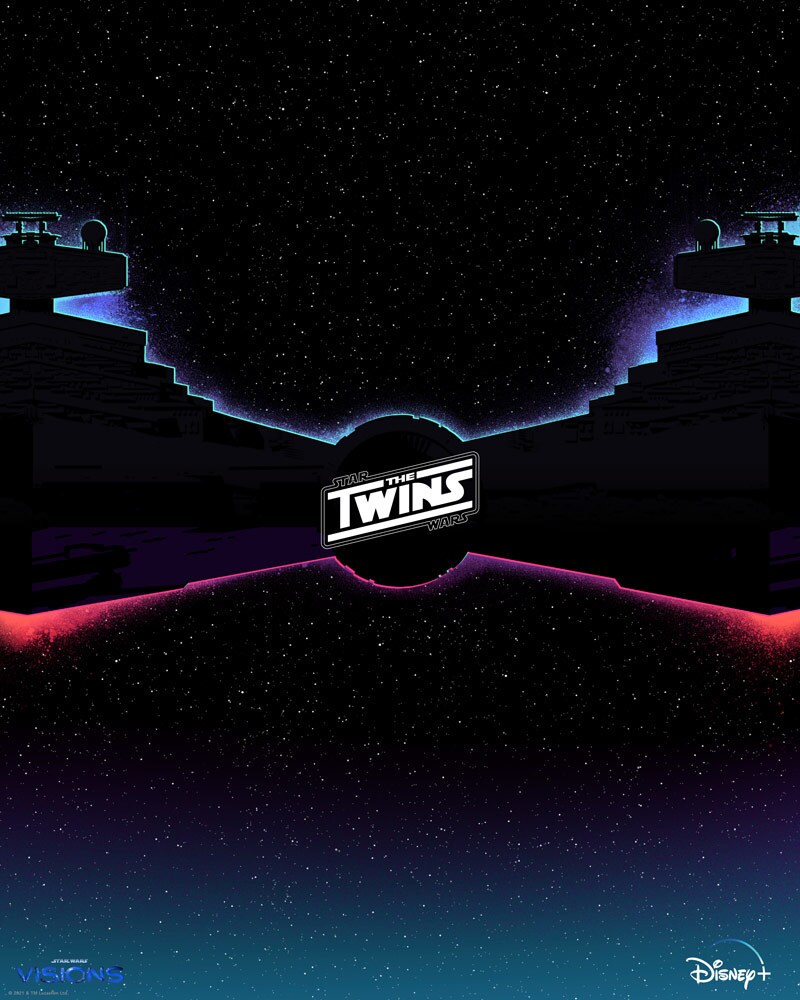 "THE TWINS" from Trigger

"Contrasting the colorful style of the episode, this silhouette of the Twin Star Destroyer on a starfield powerfully tells us the theme of the story. It is one of the most iconic Star Wars shots, and designer Shigeto Koyama pays a stylish homage to that." 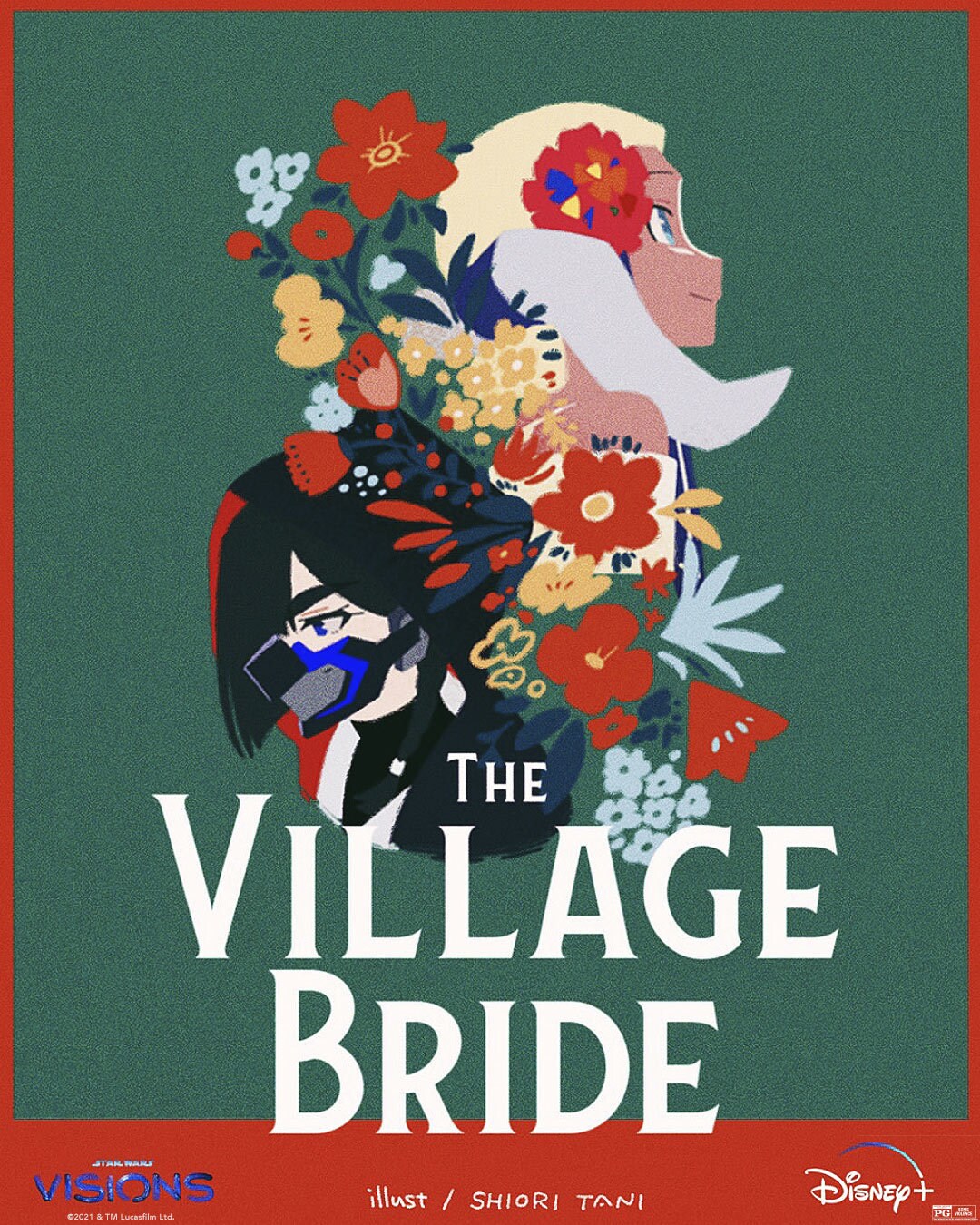 "The Village Bride" from Kinema Citrus

"This beautiful poster captures two strong characters, F the Jedi and Haru the bride. They are like yin and yang but share a similar strength -- standing up to protect those who are in a desperate situation. The illustration is by Shiori Tani, the character designer and animation director of 'The Village Bride.'" 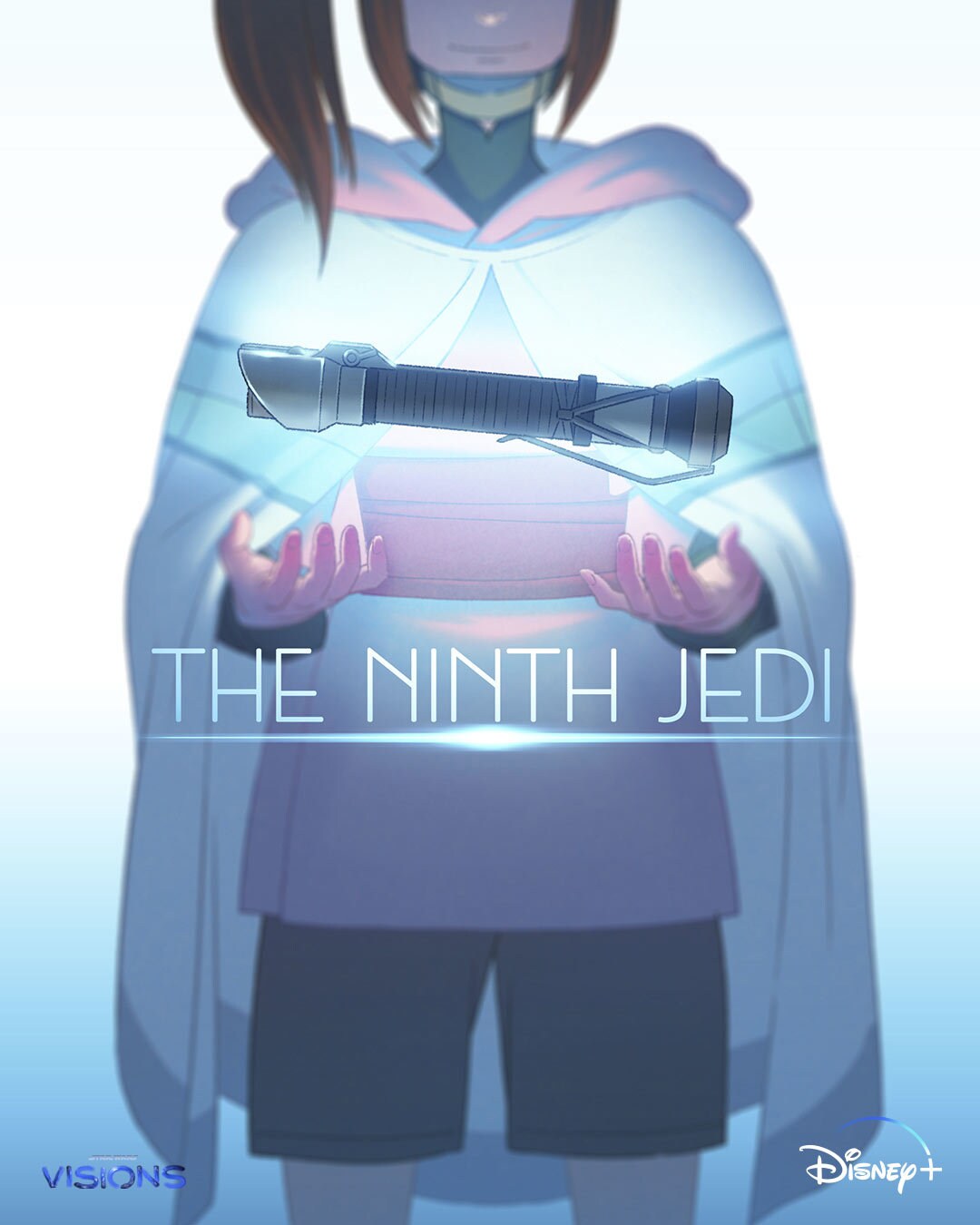 "The Ninth Jedi" from Production I.G

"Kara’s life journey makes an unexpected turn in 'The Ninth Jedi,' but she remains hopeful. The artwork embodies her will, strength, and potential. The light that emerges symbolizes her connection to the Force, which gets stronger during the episode." 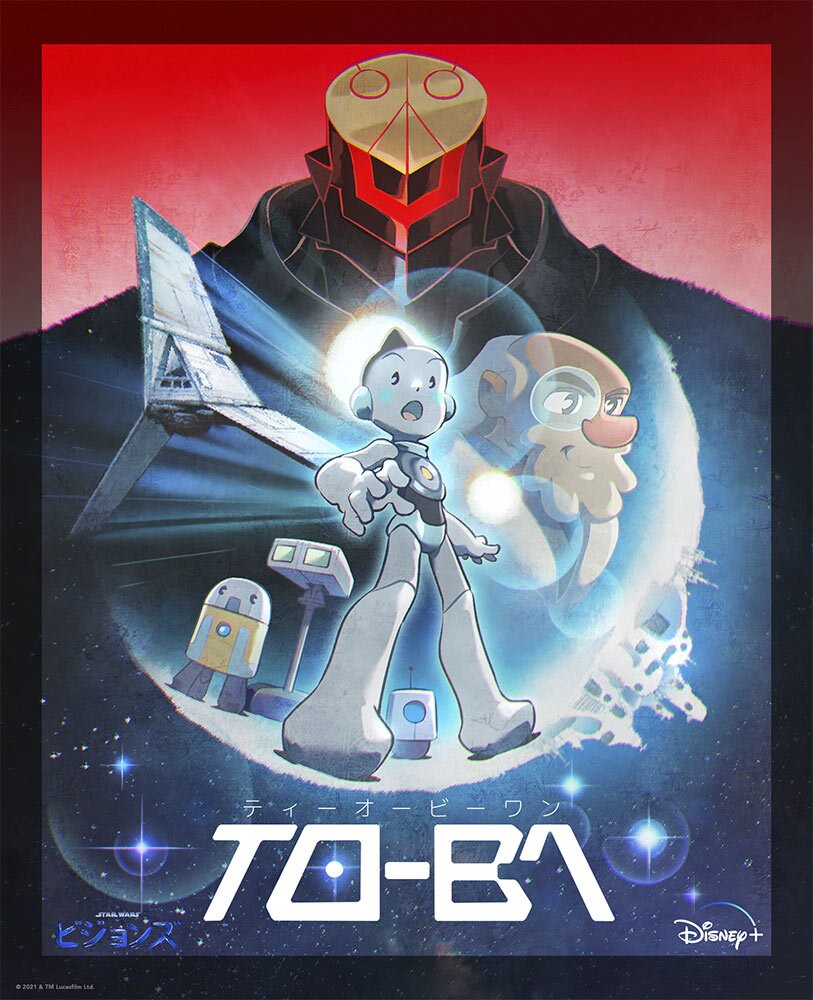 "The past, present, and future of our beloved droid T0-B1 are all here: His peaceful days with Professor Mitaka and his droid friends. The Inquisitor who completely changes his life. His newfound mission to travel the galaxy to save those in need." 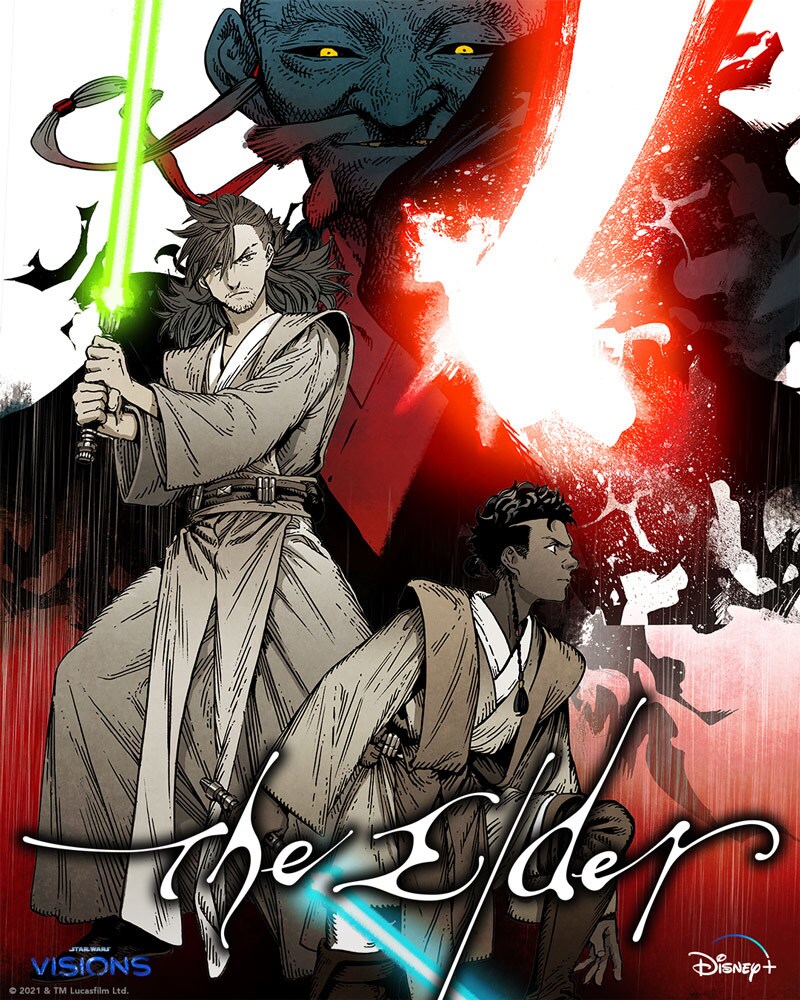 "The Elder" from Trigger 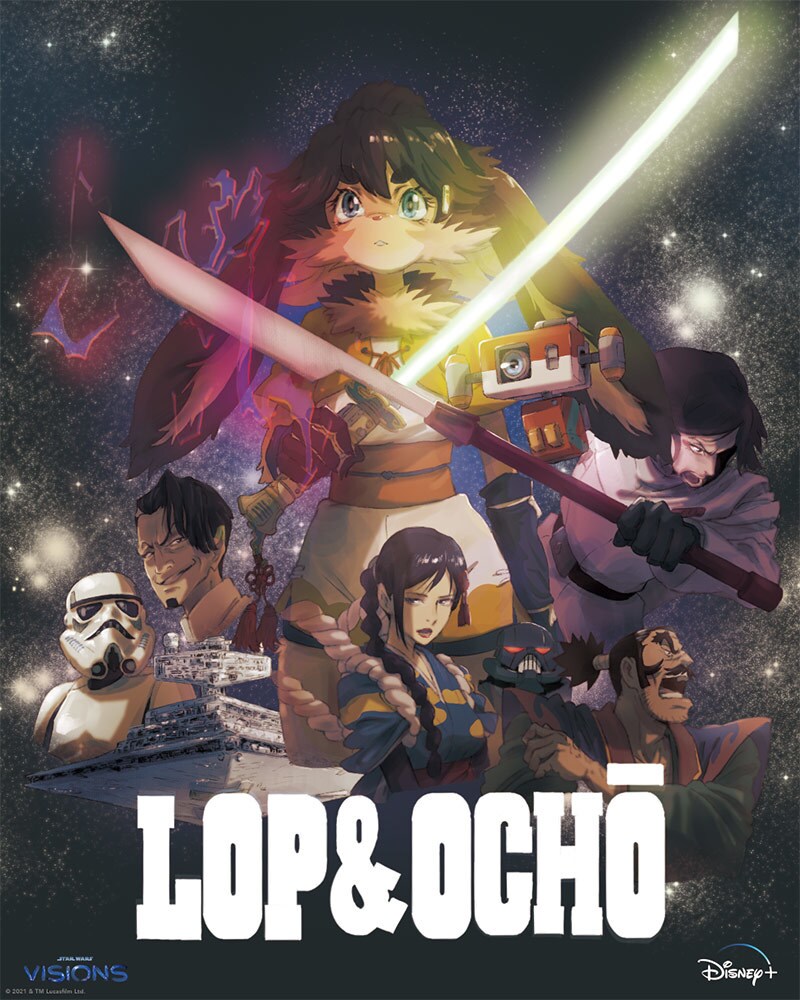 "The arrival of the Empire to planet Tao forces Lop, Ochо̄, and Yasaburo to make painful decisions that challenge their family. The colors of traditional hand-drawn anime posters infuse the design of a classic Star Wars poster in these gorgeous visuals." 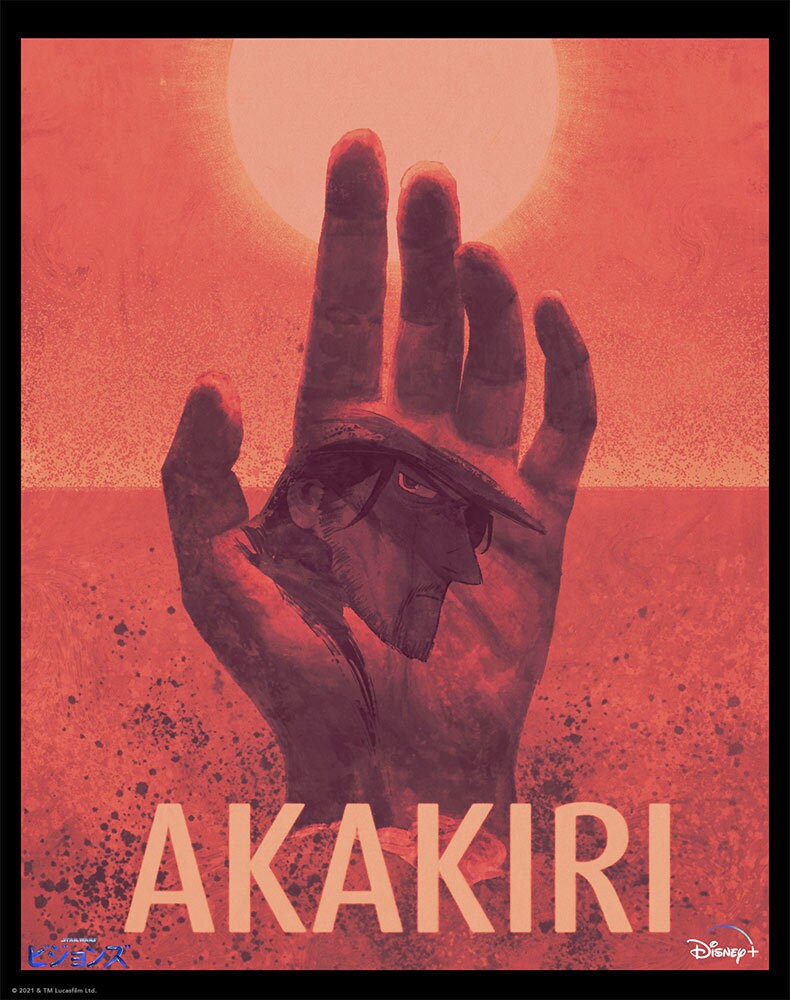 "Akakiri means red haze in Japanese. Whose hand is reaching up? Are they trying to save Tsubaki? Or is this person trying to pull him into the haze? This striking artwork hauntingly implies Tsubaki’s destiny has been written on the wall."