Timothy Zahn’s epic tale comes to a close this November.

First introduced in 1991’s classic Star Wars: Heir to the Empire, Grand Admiral Thrawn has since earned his place among the greatest villains of Star Wars. Creator Timothy Zahn has dialed back the clock with his current Star Wars: Thrawn Ascendancy trilogy, chronicling the Imperial mastermind’s rise within the military ranks of his own homeworld. Soon, that story will come to an end, and StarWars.com has the first details.

Coming November 16, Star Wars: Thrawn Ascendancy: Lesser Evil will end Zahn’s epic Thrawn origin tale. It finds The Chiss Ascendancy -- rulers of Csilla -- fractured, with Thrawn caught in the middle. You can check out the book’s cover by Sarofsky and the official synopsis below: 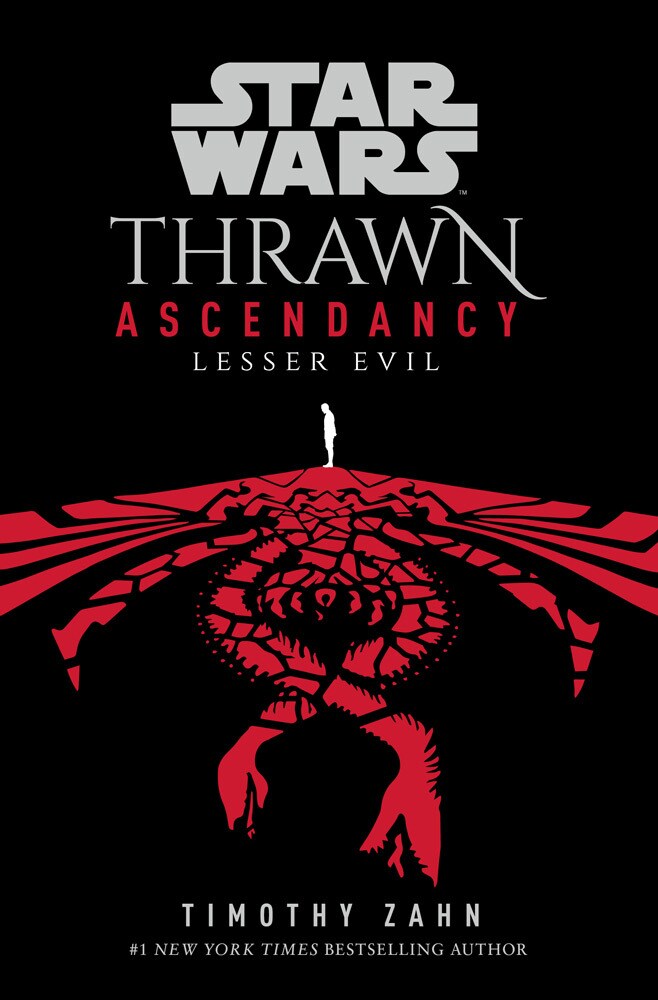 The fate of the Chiss Ascendancy hangs in the balance in the epic finale of the Star Wars: Thrawn Ascendancy trilogy from bestselling author Timothy Zahn.

For thousands of years The Chiss Ascendancy has been an island of calm, a center of power, and a beacon of integrity. Led by the Nine Ruling Families, their leadership stands as a bulwark of stability against the Chaos of the Unknown Regions.

But that stability has been eroded by a cunning foe that winnows away trust and loyalty in equal measure. Bonds of fidelity have given way to lines of division among the families. Despite the efforts of the Expansionary Defense Fleet, the Ascendancy slips closer and closer toward civil war.

The Chiss are no strangers to war. Their mythic status in the Chaos was earned through conflict and terrible deeds, some long buried. Until now. To ensure the Ascendancy’s future, Thrawn will delve deep into its past, uncovering the dark secrets surrounding the ascension of the First Ruling Family. But the truth of a family’s legacy is only as strong as the legend that supports it. Even if that legend turns out to be a lie.

To secure the salvation of the Ascendancy, is Thrawn willing to sacrifice everything? Including the only home he has ever known?

Check out this story and other news on This Week! In Star Wars below.


For more on Thrawn, check out StarWars.com’s deep dive into the Grand Admiral’s history.

Star Wars: Thrawn Ascendancy: Lesser Evil arrives November 16 and will be available for pre-order next week.