Who is Grand Admiral Thrawn?

As the calculating Imperial mastermind returns in Thrawn: Treason, out now, StarWars.com digs into the legendary villain's history.

Grand Admiral Thrawn has returned in Thrawn: Treason, and there’s a reason fans are buzzing about him. One of the most beloved Legends characters, in recently memory he has antagonized the Ghost crew as a major villain in Star Wars Rebels, and both charmed and manipulated his way into alliances with Anakin Skywalker and Eli Vanto in Timothy Zahn’s new novels. But if you’re just getting to know the brilliant tactician, here you can take a look at how he became the infamous Grand Admiral.

Thrawn is the Sherlock Holmes of the Star Wars universe, but his role is pure Moriarty: he’s a villain who uses his powers of observation to control and manipulate his enemies. He uses his interest in the art and culture of varied species to his own advantage, pinpointing weaknesses based on his deductions. And his own personal history spans several eras of Star Wars, from his first encounter with the Republic during the Clone Wars to his longstanding career with the Empire. 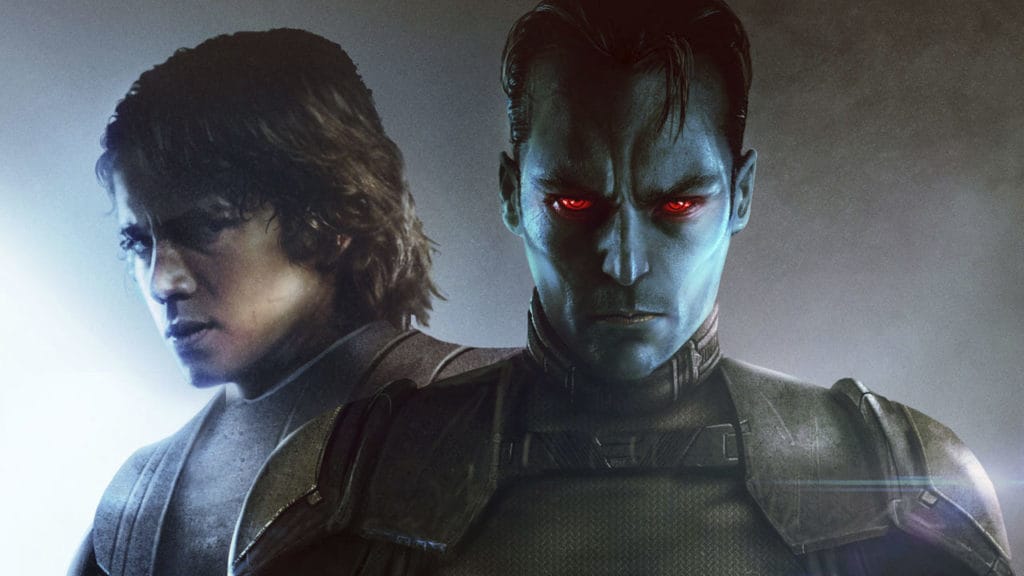 Thrawn’s history is interwoven with one of the greatest arcs in Star Wars, the rise and fall of Anakin Skywalker. If anyone was going to pick up on the details of this transformation, it would be the observant and calculating Chiss. Their relationship is detailed in Thrawn: Alliances, during a flashback that takes place during the Clone Wars, before Thrawn served in the Imperial military. On a mission to Batuu, Thrawn offers to help Anakin, and their actions on Batuu will have major consequences, as we’ll see later. 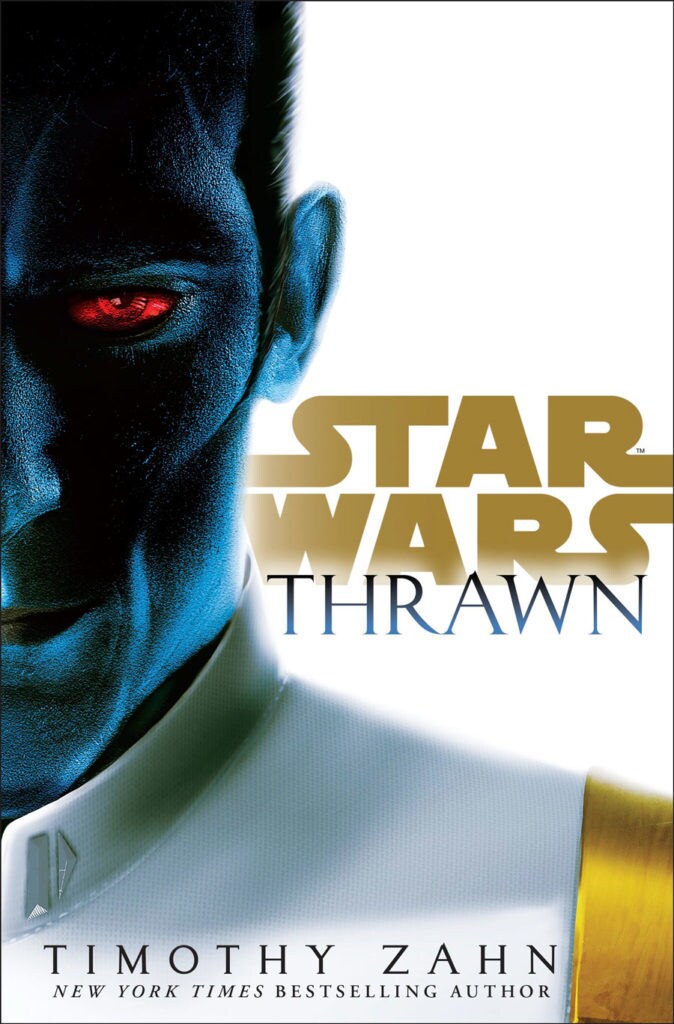 Thrawn’s Origins in the Unknown Regions

Thrawn appears again after the rise of the Empire. At first, it appears that Thrawn was exiled from his home world by the Chiss Ascendancy. Confident and militaristic, the Chiss keep to their protocols and don’t let emotions get in the way. This exile, depicted in the very first pages of the novel Thrawn, is just the first of the Grand Admiral’s many deceptions. His exile was in fact a ruse.

The Chiss knew some things about the galaxy outside their borders. After all, Thrawn had met members of the Republic before. Therefore, when the Empire came to power, the Ascendancy needed to send someone to scout out the new state of the galaxy. This had to be someone who knew some of its ways and would not risk revealing the extent of their power. Thrawn was the perfect candidate. His false exile would become an excuse for him to join the Empire. 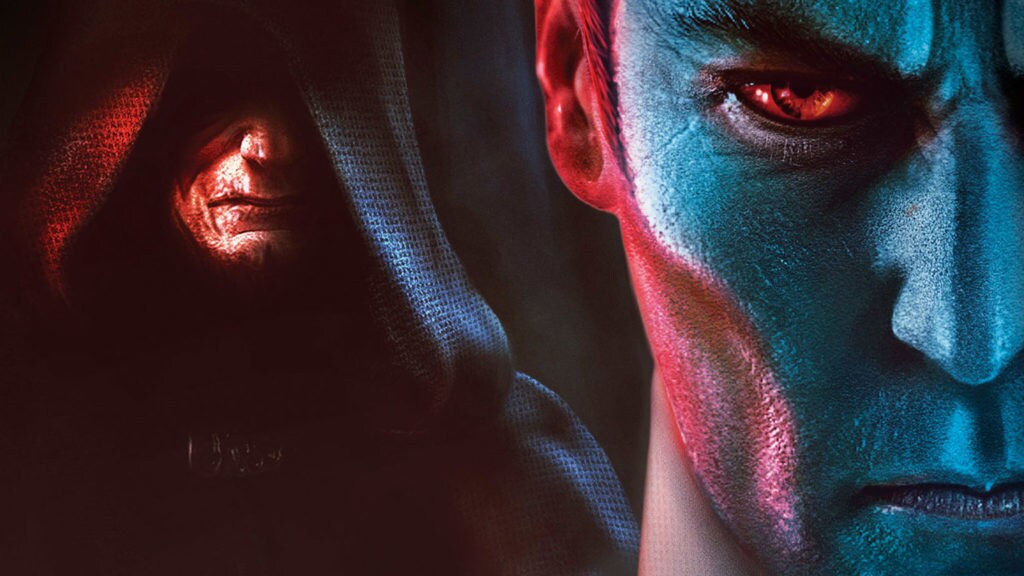 In order to stay in the Empire, Thrawn needed the approval of its highest law: Emperor Palpatine. In their first meeting, Thrawn declared he wanted to offer the Chiss’s knowledge of the Unknown Regions to help the Empire fight against potential threats from that corner. This would also bolster the Chiss’ firepower. Palpatine was only convinced when Thrawn revealed his true connection to the larger galaxy: he once knew Anakin Skywalker. Palpatine allowed him to work with the Empire.

After this, it was only a matter of time before Thrawn rose through the ranks. His cruel efficiency and ruthless observations were exactly the sort of traits an Imperial officer needed. His first assignment was as a weapons officer, where his creative problem-solving left him under the threat of court martial. But he could talk and think his way out of almost any trouble, and his illustrious and well-connected career led him to the Grand Admiral title before the first Death Star was even completed. 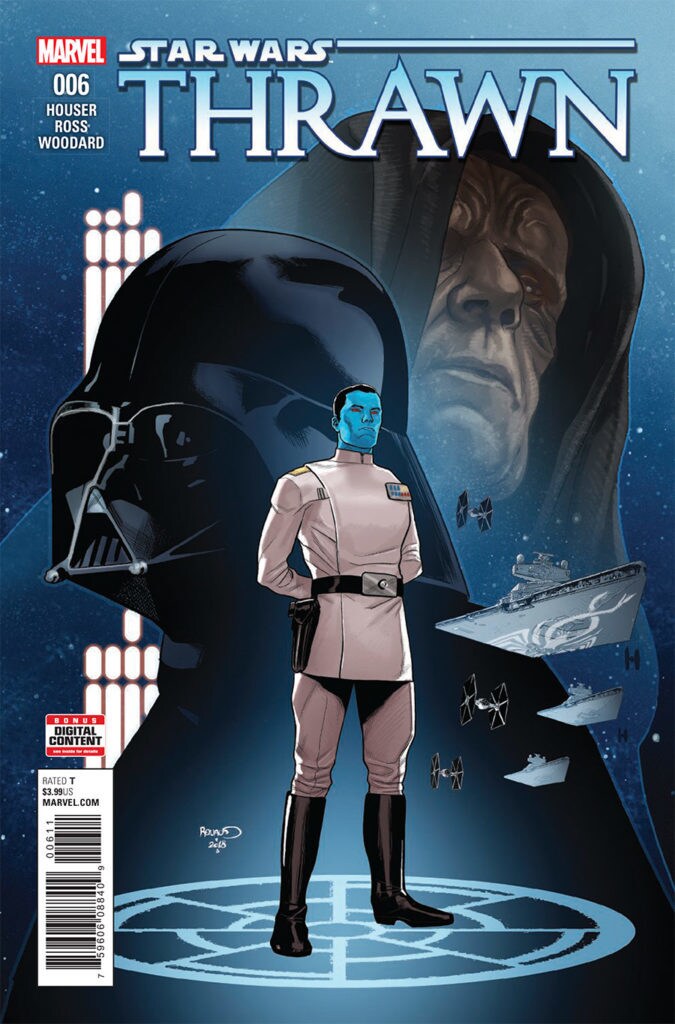 Eli Vanto was in training to become an Imperial supply officer when he met Thrawn. A backwater boy from the planet Lysatra, Vanto was eager for adventure but understood that the Empire punished its workers severely for deviating from their planned career paths. Because he spoke a language Thrawn was willing to reply to, his captain assigned him as Thrawn’s “liaison, translator, and aide.” By the end of Thrawn, the Chiss warrior also considered him a friend.

As for Eli, he also had a fondness for Thrawn and believed that his mathematical aptitude complemented Thrawn’s artistic sensibilities. Finally, Thrawn assigned Vanto the adventure the young Imperial wanted: Vanto was to go to the Chiss Ascendancy to return Thrawn’s journal to his people. 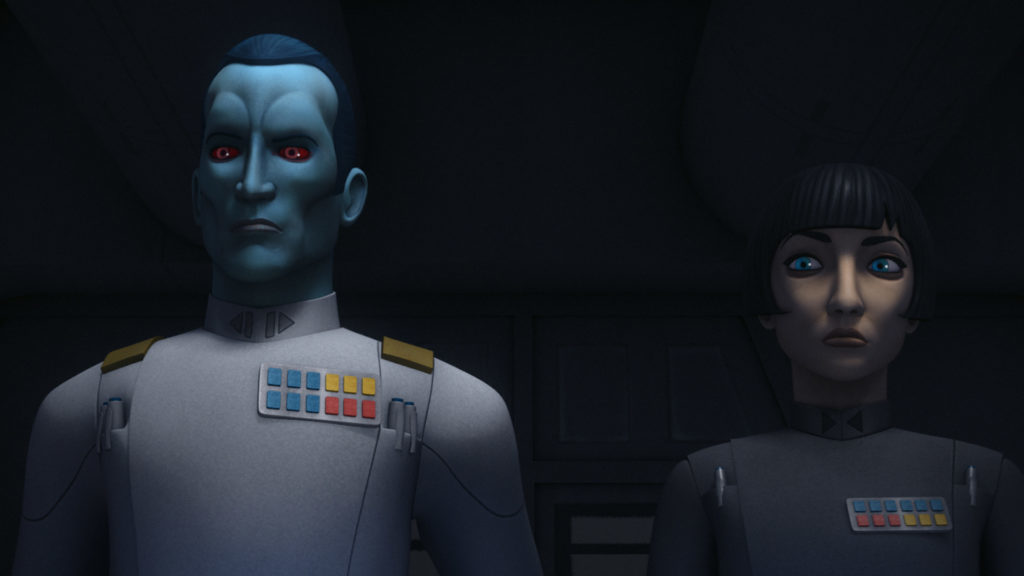 Rivalry with the rebels

Thrawn was brought to the contested system of Lothal by the Imperial Governor Pryce, to snuff out the spark of rebellion. In Star Wars Rebels, he shared a particular rivalry with Hera Syndulla and Sabine Wren. Since Wren was an artist, he could study her work in his effort to tear the band of rebels apart.

Thrawn was finally beaten but not destroyed by Ezra and a pod of purrgil, the whale-like, hyperspace-traveling creatures. Thrawn and his flagship, the Chimaera, were carried away to destinations unknown, along with Ezra. His whereabouts after that point remain a mystery. 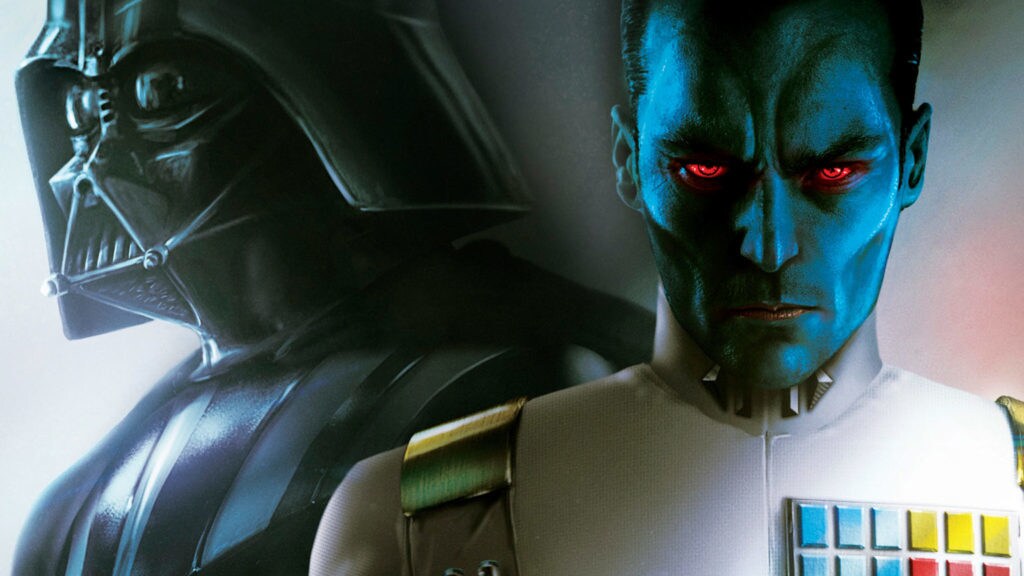 As for the events set in motion on Batuu during the Clone Wars, Thrawn’s first mission in the wider galaxy brought him into the circle of trust between Anakin Skywalker and Padmé Amidala. Thrawn helped Anakin find Padmé during her mission on Batuu, but the Chiss never revealed what his true driving force was: to study the state of the galaxy.

Between their interactions years earlier, Thrawn’s own deductions, and a mission back to Batuu to find a disturbance in the Force, Thrawn learned a lot about Vader. He knew that Anakin Skywalker had become Darth Vader and how devastating that information could be to the former Jedi, as well as how violently Vader might react to it. Thrawn and Vader’s teamwork remained tense, overshadowed by this almost-spoken knowledge as well as their individual ambitions.

As usual, Emperor Palpatine was also manipulating the situation on his own. He used Thrawn’s knowledge of the Unknown Regions to fill in empty spaces on Imperial maps. The final vestiges of the Empire would use one of these maps, sourced from an observatory on Jakku, to evade the New Republic. Creating the maps was just one of many pieces of Palpatine’s strategy to ensure the Empire lived on beyond him. Perhaps Thrawn believed his information was a worthy trade for the knowledge he gained, or maybe Emperor Palpatine ultimately held the upper hand. To calculate the odds — or to never quite know who had the upper hand — is perfectly in the spirit of Grand Admiral Thrawn’s career.