Learn more about the upcoming Galactic Legends event, with more powerful units than ever before in the mobile game.

Prepare your forces for the power of a Force Dyad.

Supreme Leader Kylo Ren and Rey from Star Wars: The Rise of Skywalker are headed to Star Wars: Galaxy of Heroes to duel on your mobile holotables. In the special Galactic Legends event starting tomorrow, new worlds and detailed character models will come to life from the latest film in the Skywalker saga to your gaming app.

You can watch the trailer below!


Players will experience moments from Star Wars: The Rise of Skywalker as seen through the eyes of Kylo Ren and Rey, in a way only Galaxy of Heroes can do. With his reforged mask and her flowing white robes, the pair have more abilities than other characters in the game. Rey’s special abilities can help her allies, while Kylo’s brutal nature is shown when he uses his allies’ damage to power up his own attacks.

Explore new worlds featured in battle progression, from the desert planet of Pasaana and the Death Star ruins of Kef Bir, to the snowy landscape of Kijimi. Or take off, experiencing multiple locations on the First Order Star Destroyer Steadfast.

The event also promises to dig deeper into the nature of the Force Dyad that exists between Kylo and Rey, which shows itself in dynamic, surprising ways during combat. 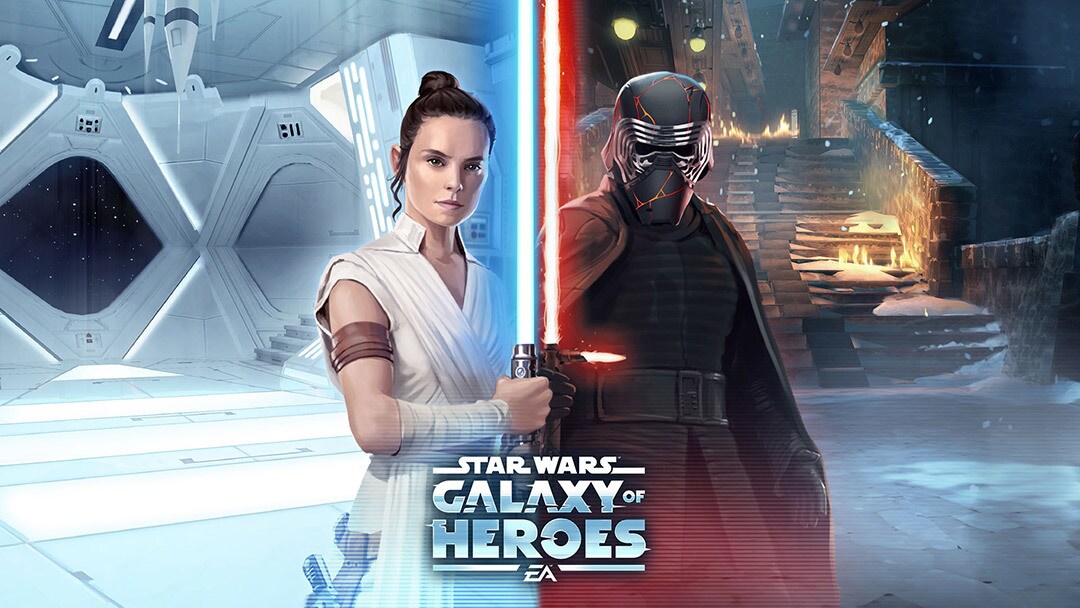