Build your Resistance (or First Order, if that's the kind of person you are) forces and more!

The Resistance. The First Order. The Millennium Falcon. Tons of new content comes to Star Wars Fantasy Flight Games RPGs this month -- get a sneak peek below!

Imperial-class Star Destroyers, MC80 Mon Calamari cruisers, Raider-class corvettes, Slave I, the Millennium Falcon, and more! They've just now deployed with the second wave of expansion packs for Star Wars: Armada, and the shots these ships will fire are bound to shape the course of the Galactic Civil War.

In Wave II, you can find the game's first large ships and Rogue squadrons that can both move and fire during the squadron phase. You’ll find new firepower matched only by the myriad layers of new tactical possibilities. Wave II also marks the introduction of a host of commanders, officers, crew, upgrades and ace pilots, and you'll find such renowned heroes and villains as Han Solo, Boba Fett, and Admiral Ackbar, alongside a new commander version of Darth Vader.

Featuring the iconic starfighters from The Force Awakens, the T-70 X-Wing and TIE/fo Fighter Expansion Packs allow you to fly more missions, down more enemy fighters, and make a bigger impact on the battlefield. First released in The Force Awakens Core Set as part of the Force Friday promotion, these starfighters feature impressive stat lines, tech upgrade slots, and talented aces, and they are rapidly helping to decide the fate of the galaxy.

With their miniature starfighters and their new pilots and upgrades, these expansion packs give you everything you need to create new Resistance and First Order forces inspired by The Force Awakens!

Resist the forces of evil with Keeping the Peace, a Guardian career supplement for the Star Wars: Force and Destiny Roleplaying Game. Force sensitives gain incomparable tools and talents to use as they protect the downtrodden, establish order, and even lead troops into war.

Keeping the Peace introduces three new Guardian specializations -- the Armorer, the Warden, and the Warleader -- along with three playable species: the hotheaded Lanniks, horned Iktorians, and mammoth Whiphids. Two Guardian Signature abilities are also introduced, along with a new Force Power that enables Guardians to shield themselves and others from harmful attacks. Players will find a variety of new armor, weapons (including lightsabers), and starships with which to outfit their characters, while Game Masters will find extensive suggestions on crafting heroic adventures and epic campaigns. 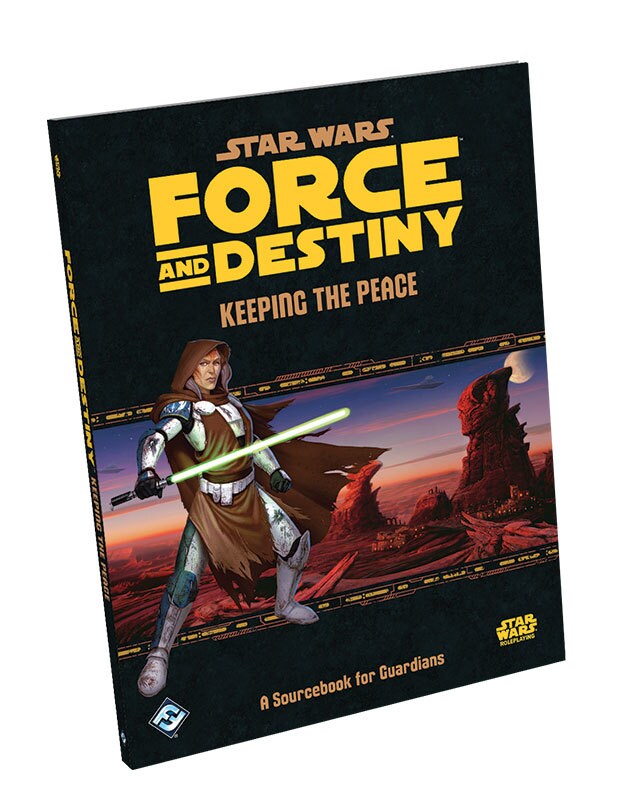 Just in time for the holidays, you can experience the snow and killing cold first-hand with Return to Hoth, a new expansion for Imperial Assault that offers exciting new content for campaigns and skirmishes.

A brand-new, full-length campaign invites you to escape the aftermath of the Battle of Hoth, and four new skirmish missions let your forces clash in icy fields. With thirty-seven terrain tiles depicting the snowy wastes of Hoth and sixteen sculpted plastic figures for you to command in battle, Return to Hoth expands every game of Imperial Assault with dangerous new tactics.

In addition, four new associated Ally Packs and Villain Packs highlight the most iconic characters introduced in this expansion. You can command Imperial forces with General Sorin, seek a diplomatic solution with Leia Organa, fight bravely with the Echo Base Troopers, or punish your foes as the deadly bounty hunter, Dengar.

Pursue the Rebellion's subversive agents across the galaxy with the Imperial Assault Carrier Expansion Pack for X-Wing! Designed for use within the game’s Cinematic Play and Epic Play formats, the Imperial Assault Carrier Expansion Pack’s pre-painted Gozanti-class cruiser miniature comes accompanied by two TIE fighter escorts, eleven ship cards, and 26 upgrades. Additionally, the expansion includes a set of four new missions for Cinematic Play that follow a Gozanti charged with intercepting and destroying agents of the Rebel Alliance. 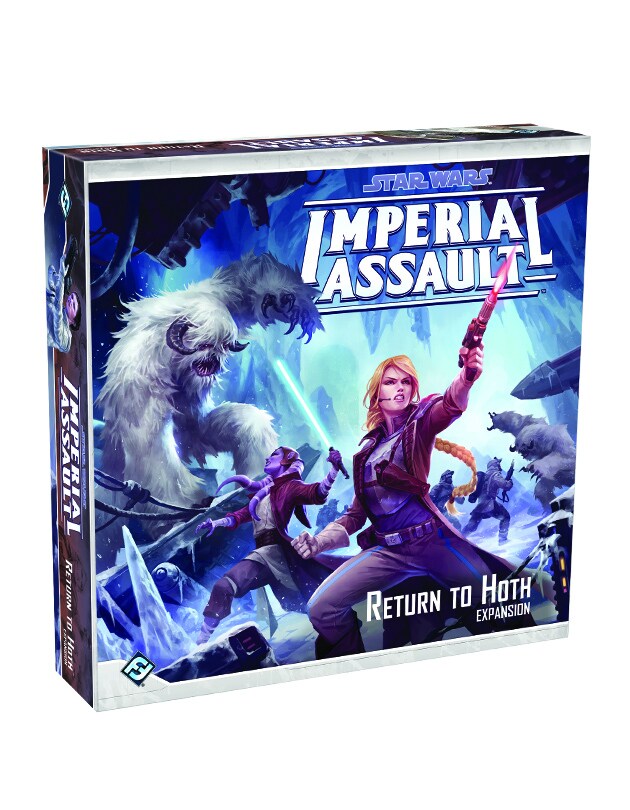