Over 20 Years After Its Debut, the Force - and Fandom - is Still Strong with Star Wars Episode I: Racer

Following re-releases from Aspyr on the Nintendo Switch and PlayStation 4, and a new release on Xbox consoles, StarWars.com looks back at the podracing classic.

Plenty of great Star Wars games have offered fans the opportunity to fulfill their fantasies from a galaxy far, far away, from clashing lightsaber blades and exchanging blaster fire to piloting the saga’s most iconic starships. But only 1999’s Star Wars Episode I: Racer invited them to hop into a podracer and experience the unique, pulse-pounding thrills of the underground sport introduced in Star Wars: The Phantom Menace.

Over two decades after it nudged Nintendo 64 players to the edge of their seats, the game continues to rank among not only the best Star Wars titles of all time, but one of the interactive medium’s most beloved racing experiences. With Racer’s re-release edition hitting Xbox consoles, we thought it the perfect time to call out why, 20 years on, we still love firing up those twin engines. 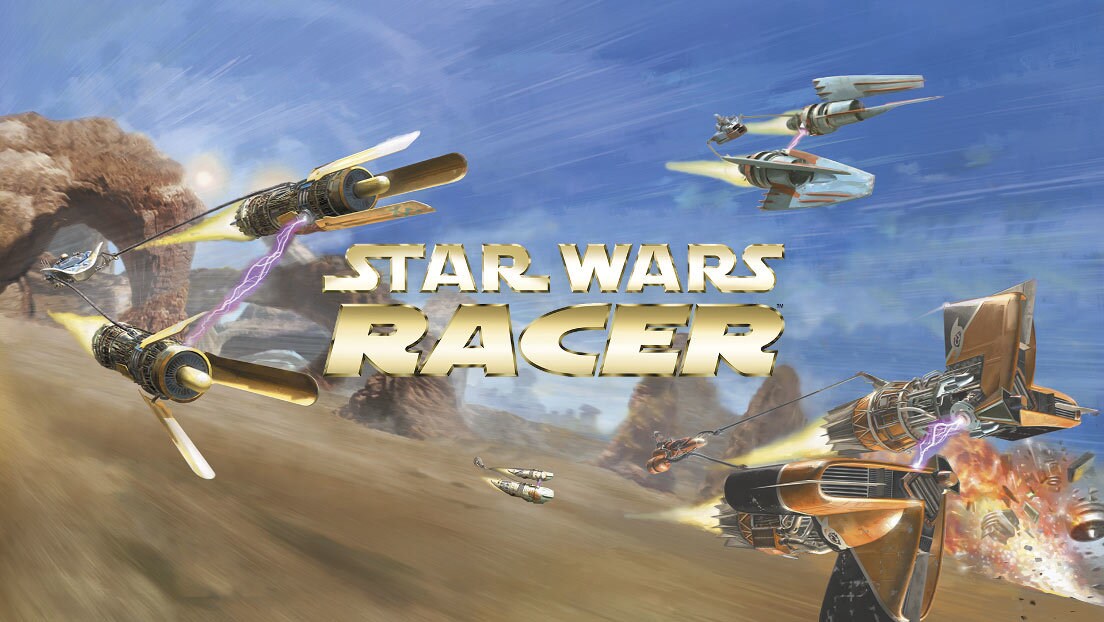 Racer’s developers could have crafted a playable experience based solely on The Phantom Menace’s iconic podracing scene, collected a pay check, and called it a day. But the game dives so much deeper than that, significantly expanding on the film's Tatooine sequence to introduce competitors, vehicles, tracks, and planets not included in the movie. Beyond that, the game let fans dig into the literal nuts and bolts of these powerful -- sometimes combustible -- machines, allowing them to tweak and upgrade their engines to gain an extra edge on the competitive circuit. 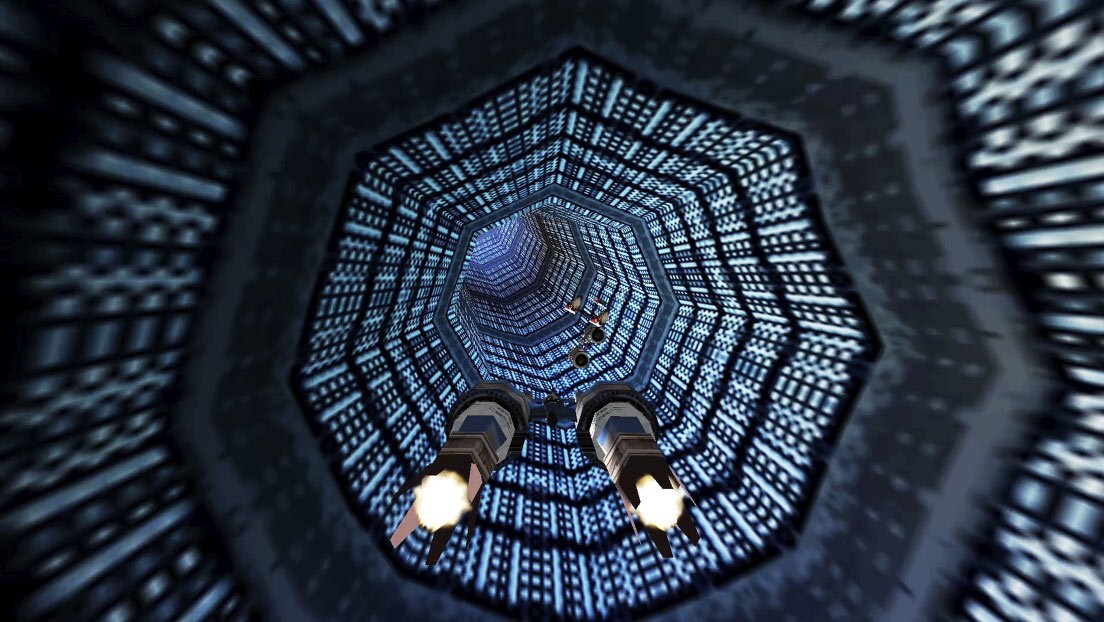 Strip Racer of all its Star Wars fan-service, and it’s still an incredible racing game. Responsive, precise controls (which have been further refined and enhanced in the re-release), clever track designs, multiple modes, and a seat-of-the-pants sense of speed all combined to deliver a core racing experience that could proudly stand alongside the genre’s best, fastest offerings. The fact that Racer's sci-fi rides hover above the ground is just icing on the cake. 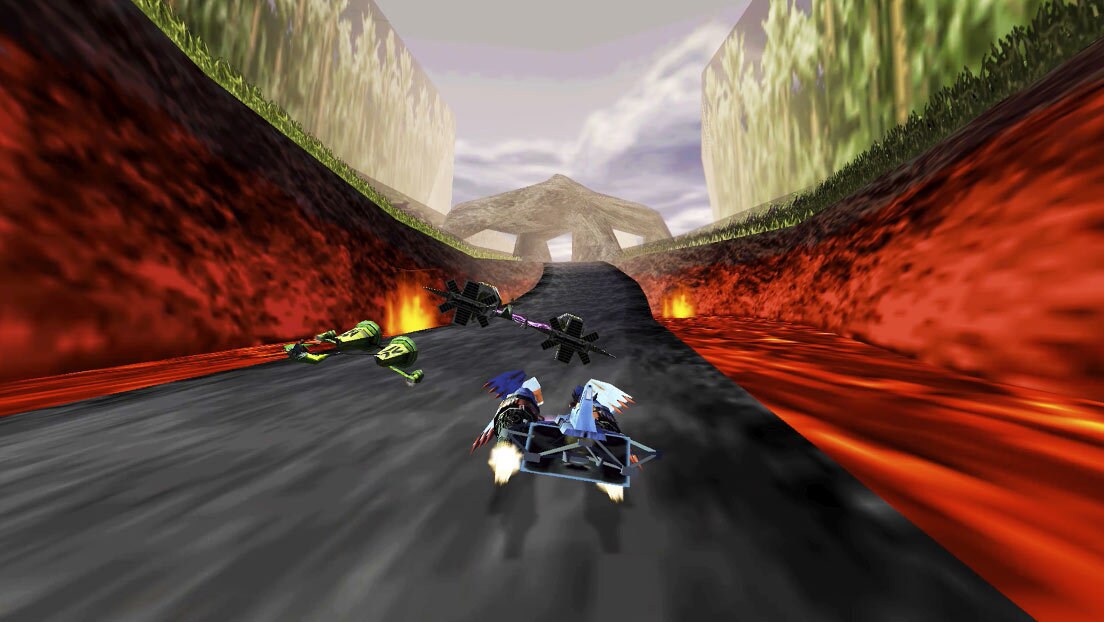 Racer’s packed with big, defining moments players recall long after they’ve put down their controllers, from careening around corners at insane speeds and blowing past the competition right before reaching the finish line to narrowly avoiding disaster due to an overheating engine. But it’s the more subtle, yet immersion-cranking touches -- like the many secret paths and shortcuts discovered with repeated runs, or those pesky Tusken Raiders taking pot shots while you try to focus on securing a victory -- that make it so much more than just another thumb-blistering racing game. 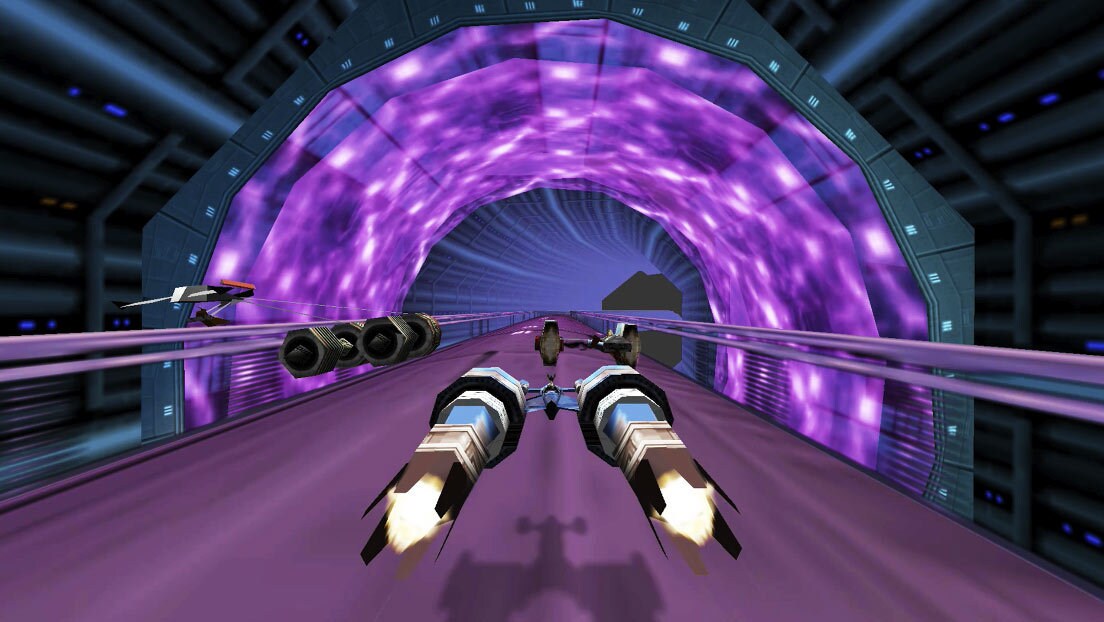 Once a staple of competitive games, local, split-screen play has largely fallen victim to more robust, online-only offerings. Luckily, Racer didn’t get the memo, as its re-release version retains the couch co-op that helped define it back when playing meant being tethered to an N64. Today the TV screens are much bigger and the controllers wireless, but the competition-fueled thrills -- and trash-talking -- that made playing alongside friends so memorable remains one of the best reasons to check out this classic, whether you're firing up your twin engines for the first time or you've been beating Sebulba to the finish since 1999.